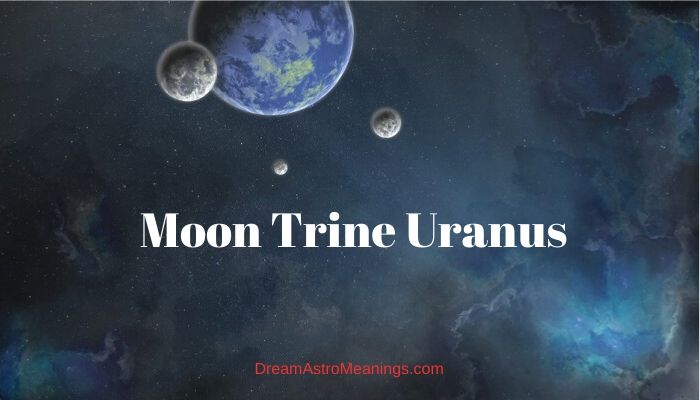 Humans have been fascinated by the planets and the stars and since antiquity.

They realized that there is a strong connection between the stars, the planets, and their movements with life on planet Earth. They observed that influence and recorded the knowledge they collected into a study which they named astrology.

The origins of this study go way back in the past.  The oldest written records date back to old Babylon.

Astrology is an excellent way to find out more about someone’s personality and about relationships between people. It can also be used to predict events, and in some cases prevent bad things from happening using astrology predictions.

Astrology can determine individual traits, their beliefs, desires, preferences, and the likely path they are going to choose in their life. Astrology can also be used to predict events in the world and foretell the future, sometimes with great accuracy.

The simple technique astrology uses is analyzing the placement of the planets and their meanings in different signs, especially the personal planets the Sun, the Moon, Mercury, Venus and Mars.

Astrology also analyses the placement of planets in different houses of the natal chart and it analyzes the aspects between the planets.

Personal planets in different signs of the Zodiac give a lot of insight about a person’s character and reveal how the person is perceived by others. The placements of planets in the natal chart show the areas of life where the person will likely focus their attention and where most activities in their lives will take place.

The aspects are angles between planets. They also show the personal traits of a person and the events they are likely to experience during their lifetime. The aspects can have favorable nature or they can have a negative nature.

The overall meaning and influence of the aspect will depend upon the planets creating the aspect and their nature.

In general, favorable aspects tend to create fortunate opportunities for progress and success. They help the person get the things they want without much effort.

On the other hand, negative aspects usually create obstacles and block the person from achieving their goals or cause delays in their achievements.

These aspects require a lot of patience and determination for the person to succeed in their endeavors. They often create conflicts and in worst cases they are responsible for violence and destruction.

The aspects can be major or minor. They are mostly used for astrology analysis, but some astrologers use minor aspects as well, especially when the angles are exact.

The most powerful aspects are the ones that are exact. Major aspects are conjunctions, oppositions, square, trine and sextile.

The trine aspect is the most favorable of all. It is a major aspect which brings good fortune and great opportunities for success. It promotes success without much effort.

This aspect is created when the two planets are forming an angle of 120 degrees.

Synastry is an astrology technique that is used to analyze and determine relationship potential. Astrology can do that as well, even though it might sound impossible.

Synastry treats contact between people as contacts between the planets and by analyzing the connections between their planets it determines the dynamics and nature of their relationship.

Synastry is very accurate and can give incredible predictions about how two people will get along and how their relationship would look like.

Synastry analyses the placements of the planets from one chart into the other as well as the aspects their planets make.

The first analysis determines the areas of life which the relationship will influence and the other weather the persons’ characters are compatible and whether the relationship between them is likely to be lasting.

Harmonious aspects between the planets of two people are usually a sign of attraction between them and are an indication of compatibility of their characters.

When there is a predominance of harmonies aspects between two natal charts, the partners are eager to put in the effort to maintain the relationship, tolerate each other’s differences and to make compromises. When the dominant aspects are negative and challenging the situation is different.

The reason is usually lack of true interest to maintain the relationship. These two usually aren’t motivated to tolerate each other’s differences and make compromises.

When there is lack of significant aspects between two natal charts that is usually a sign that there’s no interest and any kind of attraction between the partners.

The moon is not a planet; it is a celestial body, the Earth’s natural satellite. The moon circles the Earth during a time span of 27.5 days.

There is a general belief that the Moon formed after Earth had collided with an asteroid and that it was formed from the debris resulted from this collision.

Some people don’t believe in the natural formation of the Moon and believe that it was created by the aliens.

The Moon is the second shiniest object on the Sky following the Sun. In astrology, the Moon rules the sign of Cancer and its exaltation is in the sign of Taurus. Cancer and Taurus are the signs were the Moon feels best. The Moon rules our emotional life and our memories.

Those who are under the strong influence of the Moon are in most cases very emotional and sensitive and they have a great memory.

These people can remember past hurts for a long time. They often allow their hurt feelings block their progress and keep them tied to the past.

These people can spend years and resentment or feeling sorry for themselves without getting the strength to confront their issues and leave them behind. They usually remember good and bad experiences for a long time and are often prone to living in the past.

These people can also be very moody and prone to changing their moods very quickly, sometimes without explanation. These people are usually very nurturing, caring and protective of the people they love.

Sometimes, they can be perceived as needy and clingy, which they often are. They can be very possessive as well.

The Moon is the ruler of femininity and its position in the natal chart shows how well we’re connected with our feminine side and how well we embrace it. Also, the Moon rules women in our lives, especially older women and our mother.

The position and the sign of the Moon describe our mother and our relationship with her. The moon also reveals our motherly instincts.

The Moon rules intuition and those who are under a strong influence of Moon usually have a heightened intuition. These people are often very shy and not very sociable.

They prefer being in the circle of close friends and family members and they are usually very attached to their families in their homes. They love eating and food and often experience issues with overeating and being overweight.

Uranus is ruler of eccentricity and eccentric people. Uranus rules unpredictability and transformational events. It is also the coldest planet and its temperature can lower to – 224 degrees in Celsius.

The name Uranus derives from the ancient Greek god of the sky. This god was the father of Cronus and grandfather of the god Zeus.

In astrology, Uranus rules unpredictable and sudden events, sometimes with horrible consequences. These events often result in transformations of the person’s life and personality for the better but sometimes they transform it for the worse.

Sometimes, Uranus causes accidents and disasters which can ruin the person’s life. In some cases, when your Uranus is well placed, the changes that happen usually clear the path for something better to come.

Uranus people often have unpredictable behavior and they’re often eccentric both in their attitude and their personal style. They sometimes enjoy shocking other people. It is apparent that they are different than others and they enjoyed their uniqueness.

They don’t like being told what to do and I don’t like their freedom being jeopardized at any cost. They also dislike authority which is why it’s best for them be their own boss.

Sometimes, they behave in a certain manner just to surprise other people and see their reactions.

They love breaking the rules in Society and they enjoy being different. They are often pioneers who initiate major changes.

They love making changes and they often make them. They don’t like routine and routine activities. They often undertake risks and there are often the ones to do new things first at the cost of risking their lives.

The Moon trine Uranus in synastry is usually a strong magnetic attraction between the partners. The Moon is often fascinated by Uranus’s unpredictable nature and geniality.

This can also be the source of tension because Moon is not used to the amount of unpredictability that Uranus can provide. Uranus needs to be extra careful not to hurt Moon’s sensitive feelings if he wants to keep this relationship stress free.

The Moon might find that they are exhausted from all the excitement in this relationship, and the Uranus person might start feeling bored alongside Moon.

This is not easily achieved because Uranus creates tension in bad as well as in harmonious aspects.

The Moon partner will perceive his Uranus partner as unusual and different than anyone he has been with previously, but at a certain point he might start realizing that this relationship provides them with more excitement than they could handle.

Uranus on the other hand might like the Moon person and their intuitive side, but they might find their need for emotional security and security in general a bit overwhelming and suffocating.

Even though this is a harmonious aspect, it also requires a lot of compromises and tolerance on both sides for this relationship to function properly.

When someone’s Moon and another person’s Uranus create a trine aspect, this is usually a sign of strong attraction and mutual interest between the two individuals.

The Moon is mesmerized by Uranus’s individuality and strong independent personality and Uranus is intrigued by Moon’s elusive nature.

Even though the trine is a harmonious aspect, it will take a lot of effort on both sides to maintain this relationship.

The Moon person might soon realize that the Uranus person keeps his strength for himself and is not someone that can easily be relied upon which is something Moon often considers a prerequisite in its relationships.

Uranus might finds Moon too clingy and needy and will need a strong self-control to put up with the Moon’s emotionally demanding nature.