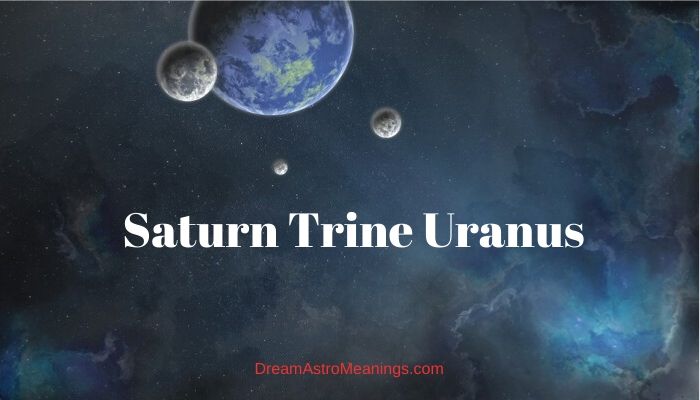 People’s fascination with the stars and planets and their influence on our lives goes way back in time. They observed and recorded evidence about this influence in a study they named astrology.

The oldest written records of astrology analysis can be dated to the ancient Babylonians. Our ancestors worshiped the Sun and the Moon as deities. They realized their importance and respected the role they had in our existence.

Astrology is still underestimated by many, even though it is often used a fun topic in everyday conversations. This is a great injustice done to astrology because its predictions can often be incredibly accurate.

Astrology gives us information about people’s personalities, their interests, beliefs, attitude, preferences in life and the way they present themselves in public. It also reveals the content of their inner being and the way they deal with emotions.

The range of astrology is extremely wide. It can give us predictions about future events and can also describe our relationships with other people and the longevity of these relationships.

Astrology uses different techniques for its analysis. The first step in analyzing is to create a natal chart, usually for the moment when someone is born, because individual charts are the most often analyzed ones.

The most common one consists of analyzing the planets in signs, houses and the relationships of planets with other planets.

The planets in different Zodiac signs (predominately personal planets like the Sun, Moon, Venus, Mars, and Mercury) give insight about the personality, appearance and desires of a person.

The placement of the planets in the birth chart show which areas of life will mostly be in focus of that person.

The aspects also show the personal characteristics of a person as well as the events they are likely to encounter during their lifetime.

Aspects are angles made between two or more planets which have a specific meaning. They can be challenging or have a harmonious nature. Challenging aspects usually create obstacles and delays or completely prevent the person from achieving what they desire.

These aspects make things difficult and require a lot of patience and determination. They also create conflicts and disagreements. Harmonious aspects create opportunities and help the person get what they desire. These aspects ease achieving goals and clear the path to achievements.

Trines are major aspects formed when the distance between two or more planets is 120 degrees.

These aspects are favorable and considered by most astrologers as the luckiest aspects. This aspect creates fortunate opportunities for success and achievement of goals without any effort.

Synastry is technique astrology uses to analyze relationships and their potential. Its premise is that people interacting with each other introduce their birth planetary positions in this interaction.

The contacts between their planets reveal whether their relationship is going to be a satisfying experience or not.

Even though for many this sounds impossible to determine just by comparing the natal charts of two people such analyses are possible and very accurate.

Synastry analyzes where the planets from one chart are placed in another because these houses show the areas where the relationship will affect the life of that person. Synastry also analyzes the aspects between the positions of the planets in two charts.

The aspects reveal whether the couple is compatible or not. If most of the aspects are harmonious this is usually an indication that the people have compatible characters and they have sincere interest to be in the relationship.

This is usually a sign that they are prepared to make compromises and tolerate each other’s differences to maintain their relationship.

When the majority of aspects are challenging, this is usually an indication that the two people aren’t compatible. They usually don’t have the necessary understanding and tolerance which are required for a stable and lasting relationship.

These relationships are often full of conflicts and in worst cases violence. They are usually short-lived.

Some analysis, demonstrate a lack of significant aspects between two natal charts. This is usually a sign that the partners lack interest for each other.

Saturn is the second smallest planet after Jupiter. This planet is known for its ring system composed of ice and rocky debris. Saturn also has 82 moons and its most known moon is Titan. Saturn doesn’t have a solid ground and it’s mostly made of hydrogen and helium.

The name Saturn comes from ancient Mythology. Saturn was the agricultural god for the ancient Romans.

In astrology, Saturn also rules agriculture and all matters connected to earth and soil.

For Saturn, it takes 29.5 years to make a circle around the Sun. When Saturn comes back to its natal position, this is called “Saturn’s return”. During this time, the person evaluates their achievements and decides whether they are satisfied with them or not.

The place where Saturn is positioned in the natal chart should be noted because this area is usually the one where the person might experience struggle, difficulties or obstacles and which requires more patience from the person to finally achieve success.

These are usually the areas for the person will be confronted with situations when major like lessons will be learned; these are also the areas where the person might be required to show more responsibility or will need to take care of someone or something.

Saturn rules major life lessons and transits and progressions triggering natal Saturn often bring events of Saturn nature into the person’s life, causing the person to learn these lessons through the experiences they will have.

Uranus is the coldest planet with temperatures lowering to – 224 degrees Celsius. The exterior of Uranus is made of layers of clouds and its interior is made of Ice and rocks. Like Saturn, Uranus also has moons; it has 27 moons.

The name Uranus also comes from ancient mythology, in this case the Greek god who was the father of Cronus and grandfather of Zeus.

Uranus is known for its unpredictability. It rules sudden unexpected events which can bring devastating consequences if Uranus is afflicted in the natal chart. Uranus events are always surprising and usually have transformative effect on the person.

The influence Uranus has on people and situations depends on its placement in the natal chart.

If it is well placed its influence will be shocking and surprising but the transformation will have beneficial effects and will usually clear the path for something new and better to come into the person’s life.

In other cases, when Uranus is afflicted, it can be the cause of accidents, destruction, changes, catastrophes, money loss, and similar situations. Uranus can also be the cause of relationship breakups.

People who are influenced by Uranus are usually eccentric and have unpredictable behavior. They are usually different than others. They often behave in a manner that shocks other people.

They are usually the ones to try out new things even at the cost of risking their lives.

Uranus is a planet that brings changes in our lives usually when we’re not prepared for these changes.

The trine aspect between someone’s Saturn and another person’s Uranus in synastry is an aspect that helps neutralize the basic differences between their personalities.

Saturn is usually traditional and conservative and is reluctant to make changes, while Uranus is all about the future and experiencing new things.

These opposite natures will have a hard time of finding mutual understanding and cooperating if there isn’t enough tolerance and will to embrace changes and to tolerate each other’s differences.

Uranus might help Saturn to relax and embrace new things (if natal Saturn isn’t afflicted and overly rigid). Saturn might realize that he enjoys the sense of freedom and independence from self-imposed boundaries which Uranus has helped him achieve.

This could be a liberating experience for Saturn who might discover that he doesn’t have to be as organized as much and that he might stop worrying about everything and instead let things unfold naturally. Uranus might open an entire new world for Saturn who might find it fascinating.

Saturn will influence Uranus to become less eccentric and unpredictable in his behavior and become more accepted by its surroundings.

Saturn will help Uranus understand that his eccentric behavior isn’t doing anything good for his life and that he needs to change and blend in while remaining unique and different without attracting negative attention.

These two might combine the differences in their nature to form successful partnerships. It is a good aspect to have between coworkers and business partners.

When someone’s Saturn creates a trine aspect with another person’s Uranus, this can be a beneficial influence to neutralize the differences between their characters.

When there is mutual will to sustain this relationship both sides will influence each other in a way that they improve their characters.

Saturn will help Uranus become more organized and find a way to control his eccentric attitude towards people without losing anything of its authenticity and Uranus will help Saturn become more relaxed and release his self-imposed restrictions and boundaries.

This is a good aspects for business partnerships and between coworkers as well.