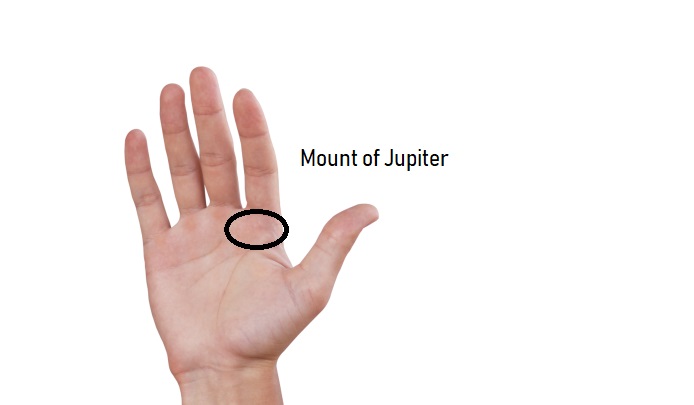 Palmistry is an ancient study of the palm, aiming to determine the person’s destiny and the possible paths the person is going to take and experience in life.

Palmistry observes all the details of the palm, its shape, the color, the lines, as well as the finger length to give interpretations of the person’s personality and their potential in life.

The origins of palmistry date early in time. It was developed and used long time ago in India and China.

Palmistry is used to determine the family background of the person, the relationship they have with their parents, as well as the support the person receives from their family and their surroundings. It can also determine the resources it possesses and the ones it has the potential to gain.

Palmists or palm readers consider the right hand more important for the analysis of the person.

In palmistry readings the mounts and their characteristics have a great significance.

The best mounts are the ones which are prominently (but not overly prominent) shown on the person’s hand, ideally with some favorable signs and absent of some unfavorable signs.

Every mount has a certain area of influence and relation to a specific area of life. The mounts are given the names of the planets and share some of their traits and areas of rulership.

Mount of Jupiter – Reading and Meaning

The mount of Jupiter rules ambition, religion, leadership, honor, dignity, and pride. A well-developed Jupiter mount and the finger of Jupiter give the person a Jupiter type of character.

These people are ambitious and have leadership qualities. They are usually destined for high positions in life and often find their way into politics or the army. They often command other people.

They can also be found in high positions of the Church hierarchy. These people consider religion very important and they usually have strong opinions in these areas which are not easily influenced by others.

They are ambitious and love to command. They are proud when they reach high positions. They are confident and have strong personalities.

The mount of Jupiter is found underneath the index finger, which is also called the Jupiter finger; when the mount is full and strong, and centrally located, pink or red in color, these traits create a Jupiter type of person.

A typical Jupiter or any other planet type is rarely found because most people are a combination of more than one type, where one type is predominantly stronger than the other.

When the Jupiter mount is large, and well placed, regardless if other mounts are also well-placed, Jupiter’s traits will dominate the person.

This type of person is usually medium height, but is strongly built and fleshy. They are firmly built and have large, strong bones.

Their back and shoulders, as well as their chest, are usually squarely shaped and fleshy.

They also have strong and firm legs. They have a dignified walk. They appear strong and robust. Men of this type are very attractive to women due to these characteristics. These traits help these people to perform their commanding activities.

These people generally have good personalities. They are self-confident and aware of their abilities and strength. They are very independent and love their freedom. They can be loud in expressing their opinions.

Some of them could be vain due to all the qualities they know they possess. They are also warm-hearted and sincerely enjoy helping others. They are generous and give others from their heart.

Sometimes, these people can behave extravagantly. They are gallant and enjoy spending money, especially men when courting women. They enjoy having power more than money. They know how to earn it, but love to enjoy spending it as well.

One of their best traits is their honesty. They detest cheating and all kinds of fraud. They have a friendly nature and are usually very communicative and open. They usually have many friends and acquaintances.

It is considered that they are generally blessed with good luck. These people are also very ambitious and that in combination with their luck usually brings them as high as they want to get. They are also very proud and have a prominent dignity.

They tend to marry early in life, but often don’t have luck in their marriage life.

Their health can be ruined by certain factors. They generally love to eat, and drink, especially wine. Some of them are heavy smokers. Their liver is usually in danger because of the way they tend to live their lives.

They have a tendency of overeating. They can also have issues with their indigestion, and sometimes lung problems.

The position of the apex of the Jupiter mount

If the apex is centrally positioned, the Jupiter qualities are strong;

If the apex leans towards the Saturn mount, the traits of the Saturn mount will diminish the power of the Jupiter mount, but it will make the person more sober and wise in their actions;

If the apex leans towards the outer edge of the hand, the person will have a tendency of selfishness and using all their qualities for their own benefit;

If the apex is near the Heart line, the person will use their qualities to help those they love;

If the apex is near the Head line, they will strive towards intellectual success;

The color of the hand is also very important when determining the qualities and dominance of the mount. If the hand is white and cold, this type could be selfish and self-absorbed.

The power of the Jupiter magnetism will be diminished. If the hand is pink, the person will be active and attractive and use all the powers of their Jupiter character to the max. That will be a well-respected and admired person.

If the hand is red in general, the person could have a very strong character and could jeopardize wellbeing with such power.

They tend to exaggerate in everything they do, especially eating, drinking, etc. They dominate others with sheer power of their personality. Yellow colored hand is not common for these types of people. Blue is rare as well and could indicate some heart related issues.

A special significance in palmistry have some sings which could appear anywhere on the hand.

Some of the most significant signs that can be found on the mount of Jupiter are:

When the cross sign is found on a Jupiter mount that sign can be considered as a very auspicious sign for the person with such a marking on their hand. This sign in general indicates a happy and prosperous marriage for the person.

These people will most likely be blessed with a carrying, nurturing, and kindhearted partner.

Sometimes, if the cross is oversized, this sign can be interpreted as a sign of the person’s great ambition and overly dominating nature.

If the cross on the Jupiter mount is formed by a line cutting a line branching from the Life line, that symbol can be a bad sign for the person, indicating that most of their ambitions will not be achieved.

Squares are generally protective signs in palmistry. They help annul the negative influence of some other symbols.

Wherever they are found on the person’s hand, they offer the person some kind of protection from harm.

When a square is found on the Jupiter mount, that sign is also considered a very auspicious symbol.

This sign on the Jupiter can indicate the person’s teaching qualities and their abilities to transfer their knowledge to other people successfully.

This sign is also a sign of protection from some public disgrace or any kind of public failure.

People with this position are never vain and they usually remain humble and don’t change their personality even after accomplishing great successes in their lives.

These people are very ambitious but they are often not passionate enough.

This symbol gives them a lot of opportunities for connections with super rich and influential people who will provide them with chances to progress towards their goals.

When both the star and the cross are found on the Jupiter mount of a person, that sign is excellent for the person’s life.

This person is likely to reach high status and wealth in life, and is also bound to have a wonderful and lasting marriage union.