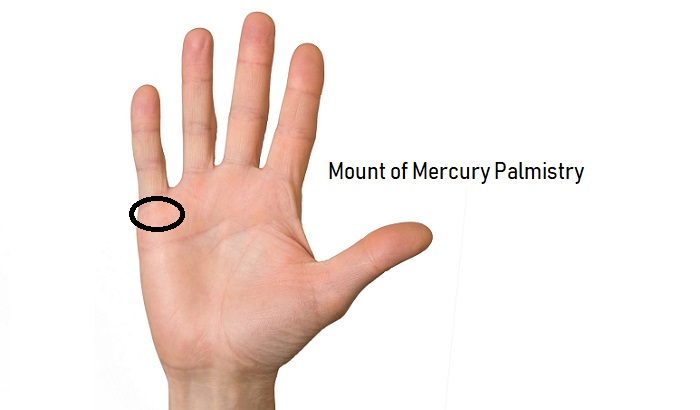 The art of palm reading is a very old discipline. It dates back to ancient times, and its origins are believed to be in India.

From there, this knowledge spread all over Asia and every culture added some of their influence.

Palmistry or palm reading is a method for deciphering the person’s character and foretelling their future by analyzing the symbols on their hands.

Although it has ancient origins, it is still widely present all over the world.

People who do palmistry readings are palmists or palm readers. Every palmist develops their own palm reading techniques, based on their knowledge, but also on years of experience of working with clients and noticing what actually works and what doesn’t.

Palmistry was widely practiced throughout the ancient world, but during the middle ages it was forbidden because it resembled witchcraft and fortunetelling. It became popular again in the late 19th century.

The famous palmist of those times was the man who was known as Cheiro. This man studied the art of palmistry from Indian gurus and opened a palm reading practice in London. He was a gifted palmist and had famous clients from all over the world.

Many famous names of that time crossed distances to have a reading done by him. Many disbelievers in the art of palmistry changed their mind and begun respecting palmistry after being given a reading by Cheiro.

In general, palmistry is a discipline which analyses the character of a person as well as gives predictions about their potential future by deciphering the special details on the person’s palm.

The main source of information in palmistry is the so-called dominant hand, which in most cases is the right hand. That is the hand most people use to write and do most things.

The left hand helps the right hand, although some people have their left hand as their dominant one.

Around 80% of information is gathered from the dominant hand and the remaining 20% from the other.

Palmists mostly observe the shape of the palm and the fingers, their length, the color and quality of skin, the line patterns, existence and non-existence of some lines, the mounts and their state, the presence of some rare symbols on the hand, etc.

As strange as it might sound, palmistry can give a lot of insight about the person and its character. It could also give some information about their future.

Mounts are very important details on a person’s hand and their state can give a lot of insight to the palmist. The mounts are related to different areas of our lives.

Mount of Mercury – Reading and Meaning

The mount of Mercury symbolizes the person’s wisdom and ability to think. Those with well-developed Mercury mount are usually quick-witted and love to study.

If the mount is overly developed, the person might be prone to talking more than necessary and usually talk more than they take actions.

They can also be prone to making thoughtless and inconsiderate remarks.

If the mount of Mercury is very low, that is not a good sign. It usually describes a person who has a tendency towards negativity and lacking willpower.

They often avoid putting in effort into achieving their goals.

In general, all types are characterized by a strong intelligence, and shrewdness, but the other details give a clue to whether the person will use these traits to do good things or to do bad things.

A typical Mercury type is determined by a well-developed Mercury mount, long Mercury finger, and centrally located apex of the mount of Mercury.

Mercury type of person is usually not very high. The person appears tidy looking and usually has strong facial expressions.

The activity of their minds often is visible on their face. They usually have a high and prominent forehead.

They are not very patient and are often nervous by nature. They often have a longer chin. They appear agile and strong and have good proportions.

They are the most active type of all. That both refers to their physical and mental activity.

They are often great at playing games and in all activities where wit and physical skills are required.

They also have the ability to outsmart and outtalk everyone. These people are very communicative and love the company of other people.

They are usually good judges of character. They have tack, diplomatic skills, shrewdness, and persuasiveness.

They have skills to persuade people into doing things they wouldn’t do otherwise. They enjoy studying and expanding their knowledge.

Signs on Mount of Mercury

Good signs on the mount of Mercury are the star, triangle, trident, square, a circle, or a single vertical line.

These signs give strength to the mount of Mercury and give the person positive traits of this mount.

Bad signs, such as the grill, cross, cross bar, island, or dot, diminish the power of the mount and distort the person’s character or even jeopardize their health.

If one straight line is present on Mercury mount that is a good sign and often indicates unexpected financial gains.

If the line is very deep, that could indicate a great talent for science.

If they appear on the mount, and the Mercury finger is longer than usual, or has the second phalanx long, these signs are a strong indication of the person being a born healer or talented for medical studies.

For women these lines could indicate a long-term relationship or marriage with a man from medical profession.

Many mixed lines on the Mercury mount reaching the Heart line

A person with many mixed size lines on their Mercury mount, reaching the Heart line is usually overly generous and that is often to their detriment because they give to people who don’t appreciate that and use their kindness.

If a person has a star on their Mercury mount that is a good sign for success. The person is very intelligent and has strong logic.

These traits will lead the person to the position they desire.

It is a sign of good luck in financial affairs and also in their romantic life. Sometimes this symbol warns the person of potentially being the victim of false friends.

A dot is not a good sign in palmistry in general. When it appears on someone’s Mercury mount, that could be a sign of wrong business decisions and business failure.

If a triangle is present on Mercury mount, that indicates that the person is very intelligent.

Sometimes it indicates a clever person who doesn’t always play fair to get what they want.

A square on Mercury mount is an auspicious sign because it protects the person from harm, especially from financial lossess caused by bad financial decisions.

If a grill is present on Mercury mount, that is a bad sign, and can sometimes indicate the person being prone to accidents.

If a cross is present on Mercury mount, that could make the person very diplomatic and knowing how to please anyone.