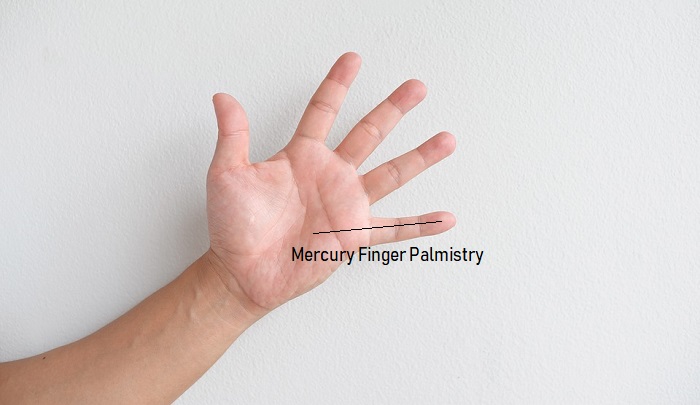 Palmistry is an ancient discipline of foretelling the person’s future and determining the basic traits of their personality by deciphering the symbols and other details present on the person’s hand.

Palmistry originated in India long time ago, and from India it spread all over Asia and then Europe.

All these cultures added something unique to this ancient discipline, but the basics are still the same.

In Europe, palmistry was a forbidden art during the middle ages, and it became popular again in the 19th century. Although many people still don’t believe in the accuracy of this discipline, there are many proofs, to prove the opposite.

Despite the fact that there is a lot of evidence that palmistry is not charlatanism, it is still considered a pseudoscience.

People who practice palmistry and do palmistry readings are called palmists or palm readers.

They all apply the knowledge they gained from their palmistry teachers, but they also have their own approach towards palm reading that they developed through their experience in working with clients.

Most details and information during palm reading are gathered from the dominant hand of the client, which is the hand the person uses more than the other. That is usually the right hand.

When doing a palm reading, palmists look at different details on the client’s hand.

In palmistry reading, most palmists look at the length and shape of the fingers. Fingers carry the same names as the mounts which are placed beneath these fingers.

The Mercury finger is the smallest finger on the hand, or so-called Pinky finger. For reading its characteristics, it is important to note its size and shape.

This finger is related to communication, relationships with other people, intelligence, and intuitive insights.

If the finger is longer than the first phalanx of the Apollo (ring) finger, and especially if it is crooked, than it indicates that the person has a strong Mercury type of character.

If the finger is shorter than the first knot of Apollo finger, the person often lacks Mercury qualities.

If the Mercury finger is long (longer than the first joint of Apollo), that usually indicates that the person is open and easy going, very communicative, and very intelligent too. They can sometimes aggressively and strongly pursue their goals.

These people are usually passionate about everything they do and they are often very successful in life.

If the Mercury finger is average length (reaches the first joint of Apollo or is a bit below), that placement indicates that the person is patient and doesn’t rush into achieving their goals, but displays an organized and thoughtful approach to things. They desire a balanced private and public life.

They don’t want anyone putting their nose in their business and they act the same towards other people. They have a healthy dose of ambition and they reach success slowly, but steadily.

If the Mercury finger is short (shorter than the first joint of Apollo), that usually indicates the person’s lack of seriousness, immaturity, tendency towards childish behavior and irresponsibility, as well as lack of self-confidence.

This person could be insecure, lacking self-love and self-critical. They lack ambition and drive to succeed. They can also have problems in communication with others.

If the first phalanx of the Mercury finger is long – the person is usually very well at communicating their ideas to others. These people are very expressive and have the right words to express what they want to say.

This ability often gives them excellent writing skills as well, and they often end up choosing a profession in the writing industry. They are also good speakers.

If the second phalanx of the Mercury finger is long – the person usually has scientific abilities and can make a good scientist and often an excellent doctor.

If the third phalanx of the Mercury finger is long – the person has a strong commercial side. They have a talent for business and trade.

Sometimes two phalanxes of the finger will be equally long, and, in that case, it will be up to the palmist to consider all the other details of the palm, especially the state of the Mercury mount, to determine the area which better suits the client.

If the tip of the Mercury finger is pointed – that usually means that the person has a vivid imagination and communicational skills. They are able to easily charm others with their words. People usually enjoy being in their company.

If the tip of the Mercury finger has a conical shape – the person could be very eloquent, creative, and possibly have artistic abilities.

They could express themselves both in words and in their creative works of art. They often choose career in arts or some other creative profession, such as movie making.

If the tip of the Mercury finger has a square shape – the person is usually very practical and down to earth.

These people usually talk about everyday practical matters and are focused on problem solving. They have a good reasoning and are usually very logical.

These people use their common sense and practicality to achieve their goals. These people are responsible and organized and they don’t waste their time on useless activities

If the tip of the Mercury finger has a spatulate shape – that gives the person magnetism and ability to amaze people with their communicative skills and interesting talk.

They are original and no one is bored in their company. They know how to keep people around them interested.

These people are motivated to succeed and they don’t have a problem to put in efforts to achieve their desired goals.

The fortunate thing is that these people can use their wit to invent very original means of earning money and achieving success, and they often don’t need to put in a lot of effort because they are blessed with good fortune.

If any of the Mercury fingers or both are crooked – the person is often shrewd and dangerous opponent. Their mind works fast and they are always ready to deceive or do some other dishonest actions to get what they want.

These people don’t hesitate to tell lies or manipulate with the truth as long as they have things going their way.

This isn’t the case with every person with crooked Mercury finger/s but it happens often enough to confirm the accuracy of that reading.

The chances that statement is true are greater if the person also has a prominent Mercury mount, which confirms that they are a Mercury type.

If the person has other signs to point out to their dishonesty, it is likely that they will be prone to all kinds of unacceptable behavior.

This person has a manipulative nature and could use their intelligence to manipulate other people.

The person is not afraid or reluctant to demonstrate to the world their qualities and talents.

If the Mercury finger is placed lower than the other fingers – this placement of Mercury finger usually indicates that the person is talented and has many qualities, but is reluctant to share them with the public.

If Mercury finger has horizontal lines – that could mean that the person isn’t passionate and doesn’t have a desire for physical intimacy.