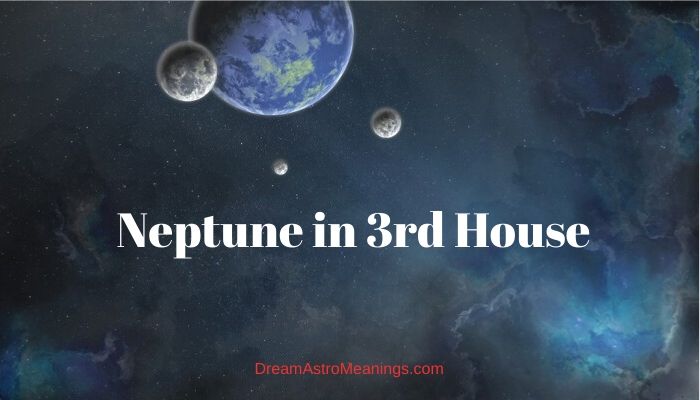 Astrology has been a significant part of human lives since antiquity. They were mesmerized by planets and the stars, especially the Sun and the Moon, and their influence on our lives and they recorded this knowledge in this study they named astrology.

The origins of astrology date far in the past; astrology is millennia old. It was up till recent times the most important means for foretelling future events and deciphering people’s personalities.

Today, astrology’s influence is weak, and it is considered as something fun to talk about without the realization of its true value.

Astrology can be so useful for those who know how to use it; it can prevent us from making us mistakes or help us make the right decision.

Astrology can give us answers to the questions we have about people and situations, and it can also reveal the issues we have, and we are not even aware of.

It can give details about people’s appearance, their habits, beliefs, attitude, relationships, etc.; it can also foretell future events sometimes with great accuracy.

Also, astrology can be used for analyzing relationship potential, by comparing the charts of two people and determining the nature of the relationship between them. This technique astrology uses is called synastry.

The analysis in astrology begins with a natal chart. The natal or birth chart is the chart of the sky and planets’ positions in a particular moment of time; this moment is in most cases someone’s birth.

The planets are placed within 12 houses of the natal chart, and by analyzing their placements and the rulers of the chart and the houses the astrologer can give answers to almost any question.

The 12 house rule various areas of life. The first house is the Ascendant, and the sign on the Ascendant is the sign rising on the eastern horizon in the moment for which the chart is made.

This point describes the personal traits and appearance of the person.

The Ascendant reveals how the person chooses to present themselves in public, as well as how they are perceived by the public.

The houses of the chart with planets inside are considered the most important because they show the focus of action and attention. They influence the areas ruled by the house with their meaning and energy.

The planets give information about possible life events and personal traits.

In synastry analysis, the houses of the birth chart also play an important role; synastry analyses the positions of the planets from one chart placed inside the other chart to determine the impact of the relationship on both partners.

Neptune is a very cold planet, almost as cold as Uranus, which is considered the coldest of all. Its name is the name of a Roman god which ruled the sea and water. These are also areas ruled by Neptune in astrology.

When Neptune is afflicted, this is usually a sign of disorder, confusion, and chaos which the person sometimes experiences on a daily basis.

People with such Neptune usually have some of its negative traits; they might be prone to lying, deceptions, manipulations, avoiding reality by some forms of addictive behavior, criminal behavior, self-isolation, psychic disorders, etc.

People influenced by Neptune are often prone to hiding themselves from reality they don’t want to face.

Pretending that nothing is happening is easier for them than accepting their situation and confronting it, no matter how difficult it might be.

The strongest effect Neptune has on people who have it as their ruling planet. The influence is sensed during transits and progressions affecting this planet.

They are also prone to disillusioning themselves and avoiding confronting their issues. They are often artistic souls and very creative.

These people are often very intuitive and can easily sense the feelings and intentions of those around them. It is common for these people to not be able to focus or often feel confused and disorganized. They can also be prone to isolating themselves from people.

If Neptune is very afflicted in their chart, they could be prone to grave addictions, using drugs and alcohol, or they might have some psychic illness.

These people are excellent liars and can be prone to criminal behavior.

Neptune is the ruler of religion, and this could make the person under its influence very religious.

Some of them might incline towards secret sciences and the occult and practice them. Many psychic and magicians have a prominent Neptune in their chart.

This is a transpersonal planet, and it triggers major global changes and transformations related to areas ruled by Neptune or the sign it currently is transiting.

The 3rd house is ruled by the planet Mercury and its sign is Gemini. This house rules our close surroundings, neighbors, and neighborhood.

It shows how we communicate with others, the way we creatively self-express ourselves, our thinking process, our siblings, our decision making, etc.

From this house, the astrologer can determine how our brain functions, and the ways we prefer to communicate, such as by phone, sms, in person, etc. It shows how we speak, reason, write and think.

The third house shows our analytical process and the way we make conclusions about people and things.

The third house is the house of news and information we receive daily. It reveals our learning process and our preferred resources for learning.

It I also the house of our elementary school, our teachers, trainings, courses, books we love to read, etc. This is also the houses of messages. It shows the knowledge we gain from our surroundings.

The 3rd house shows the way we tend to make contacts with others and how we communicate with them. It can reveal whether we have communication problems and what these problems might be.

This house shows our communication with our brothers and sisters and reveals details about them.

If malefic planets are placed inside the third house, this could be an indication of problems related to the issues of third house, such as problems with siblings, neighbors, learning, communicating, etc.

They might also have issues with expressing their thoughts and opinions.

When the person has benefic planets inside the third house, this is usually an indication of someone with good communication skills and easily makes contacts.

These people love to hear the latest news and tend to keep themselves informed. They express themselves with ease. They are usually good drivers.

The third house is the house of short trips and vehicles. It can indicate whether we have issues with these matters.

People with Neptune in 3rd house are usually an interesting company. They are very intelligent and possess a vivid imagination; this is usually evident in the way they express themselves and communicate with others.

This placement of Neptune might be a sign of learning problems due to lack of concentration and inability of the person to focus.

Their mind wonders and it is hard for them to focus on learning one thing, especially if the subject is not very interesting to them.

These people can be bad students, because they don’t have enough discipline required for learning and getting good grades. This oftentimes backfires at them later in life when their bad grades prevent them from enrolling the university they desire.

For people with Neptune in third house it is important to train their discipline, especially when it comes to learning.

These people might be very absent-minded, and it is important for them to learn how to maintain their focus.

They are not good listeners and don’t have a good memory so they quickly forget things they were told by someone; these are not good traits and they might prevent them from succeeding.

Another trait of theirs might be their irresponsibility and lack of sense of time.

They often don’t respect deadlines and often show up late at a meeting; these are traits which can be detrimental both in their private and their professional life; that is why they need to work on correcting them; otherwise no one will take them seriously.

People with Neptune in third house are curious but they might be all over the place with their interests, missing out on the important details.

These people are often very superficial because of their traits and move on to the next subject or person easily. They can be very unreliable and forgetful.

Neptune in third house in synastry is a sign of a relationship where the Neptune person will be able to awaken the person’s imagination and introduce them to new ways of thinking.

If Neptune is afflicted, Neptune’s person influence might be bad for the 3rd house person, who might take over some of the negative traits of Neptune, and become forgetful, unreliable, irresponsible, or confused.

In this connection, the third house person might get very frustrated and irritated by Neptune’s lack of focus and interest.

Their absent-mindedness might be too much for the third house person if they happen to be very responsible and focused.

The 3rd house person could also experience many inconveniences due to Neptune’s tendency to hide facts or distort the truth; in worst cases, the Neptune partner might lie to the 3rd house person in order to manipulate them in some way.

The Neptune person might use their intuitive powers to discover the third house person’s weak spots and then use them against them.

In some cases, this connection can be a satisfying experience for both parties who will enjoy in their communication and exchanging their ideas about various matters.

Neptune in 3rd house is often a sign of someone who is absent-minded, confused, lacks focus and attention.

These people lose their interest in things and people very quickly and it is not easy to maintain their attention. They can be very inconsiderate, irresponsible, and forget their duties, hurting other people’s feelings.

Their traits are often detrimental for their private and professional relations because they make people irritated and end the relationships with them.

Their thought process is inconsistent and their curiosity is often making them doing multiple times at once, not finishing any of them properly or not at all.

When Neptune is in third house in synastry, this could be a sign of the Neptune partner lying or deceiving their 3rd house partner.