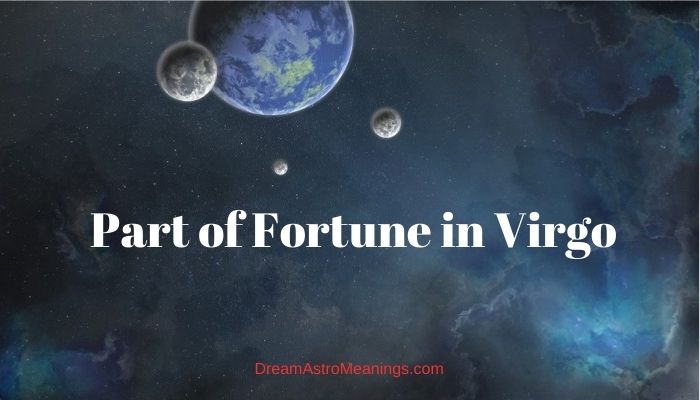 The sign of Virgo belongs to the elements of the Earth, symbolizing matter, form.

Therefore, people born under the sign of Virgo are primarily characterized by their tendency to work with material objects.

In character, the influence of the sign is manifested as the desire for order in everything, accuracy, practicality, independence.

People born under the sign of Virgo have, as a rule, an analytical mindset, very critical, rationalistic and disciplined. They are not inclined to hang in the clouds and from an early age know how to work hard and conscientiously.

Many Virgos have pronounced abilities for the exact sciences, for linguistics, they are well versed in technology, love and know how to work with their hands. A characteristic feature of Virgo is a tendency to endless analysis of everything and everyone.

Part of the Impartial Consciousness is the point where one should try to be impartial in observing the actions of others. After all, he is inclined to judge the essence of these actions.

In reality, he judges himself in those areas where he cannot understand the ideals of others, but sees only a reflection of a part of humanity.

If perceived negatively, this can deprive a person of their sense of joy.

As a result, it becomes important that each person understands which parts of life are impersonal and, perhaps, have nothing to do with the central essence of his direction, and which constitute its essence.

Part of Fortune and Part of Impartial Consciousness help to sort this out. To keep his life centered, one must realize that he should only deal with his karma.

After some effort in this direction, a person begins to achieve certain positive results in changing the vibration that directs his life. Most of the negative karma comes from judging others in some way.

Even if one keeps such thoughts to oneself, they still control the speed of his vibration, his aura, his personality, and the main effects he experiences in trying to create his experience.

Once a person learns to be impartial and have a compassionate understanding of what usually annoyed him, he will be freed from all forces that oppose his feelings of joy, happiness, and satisfaction.

He achieves the greatest joy by whatever he gives to others. The more a person can give, the more satisfaction he can experience.

When the Pars of Fortune is in the upper hemisphere, a person is destined to receive some benefit from others. Viewed from a karmic point of view, his soul undoubtedly deserved it from previous lifetimes of service.

The person intending to receive future rewards is earning them now through the Pars of Fortune in the lower hemisphere. It clearly shows whether a person is sowing or reaping the fruits of karma in the current life.

A person with a Pars of Fortune in the lower hemisphere is sowing the seeds of love now in order to receive it in the future. There is no greater joy than that which he experiences as a result of giving and giving.

A person who has the Pars of Fortune in the upper hemisphere is now reaping the fruits of karma, reaping the harvest of everything that has been planted in the past. To receive it with humility and gratitude is to be truly worthy of this gift.

Those born under the zodiac sign Virgo are intelligent, observant, good at thinking logically, have an analytical mindset.

Virgos respect erudition, have versatile interests, and try to constantly develop. This sign is perhaps one of the most difficult. Virgos are mostly skeptics who do not believe in revelation and intuition. They strive to know the world around them through logic and deduction.

Virgos almost never exaggerate anything, they approach business as rationally and critically as possible, constantly analyze what is happening and think about it.

Before doing anything, Virgos should carefully consider everything that may give them some concern.

Sometimes they can think too long, which can lead to missed opportunities. Virgos are smart and hard-working, they can do almost everything.

Virgo is easy to recognize among other people by her reticence, quietness, lack of demonstrativeness. At the same time, Virgo always keeps aloof, separate from others. Nice, intelligent, calm people with a clear mind, patiently waiting for something – this is for sure a Virgo.

Intelligence, practicality, logic – these are the features that distinguish Virgo and make them smart enough people. Virgos are capable of taking on a lot of responsibility.

They are always firm and consistent, trying to go all the way. In relationships with people, they are restrained in praise and compliments, but it is from the Virgins that you can hear sincere and worthwhile advice. Virgos are interesting and versatile people with whom it is always interesting to communicate.

At the same time, one cannot say that Virgos are very sociable, but this quality gives them solidity and self-confidence.

Sometimes, those born under the zodiac sign of Virgo can turn into intellectual snobs, placing too much importance on their mental abilities.

Also, Virgos can be too critical of other people. Virgos are real workaholics, and their passion for work can sometimes deprive them of their thoughts about family and children.

Virgos can also be overly nervous and fussy. It is possible to refer to the negative traits of the sign and such character traits as secrecy and notoriousness. Virgos can have a huge number of complexes, because they are critical not only of others, but also of themselves.

The compatibility of men and women of the solar sign Virgo with other signs of the zodiac can be considered only for additional detailing of the relationship.

Virgos are alien to both deep emotions and deep philosophy. Emotions are stable and even. They are diplomatic, with lively thinking, they easily grasp new ideas. Usually they have excellent business qualities, are punctual and economical.

Very hardworking and executive. When performing the work, they stand out for their accuracy, pedantry, methodicality and thoroughness. Characterized by rationality, practicality, prudence and the desire to always bring things to the final result. These are good scientists, doctors, and people of mental labor.

Character advantages are practicality. Virgos are materialists who base everything on sober and cold facts. For them there are no accidents, there is a step-by-step solution of cases, accuracy and accuracy.

Characterized by the ability to analyze the situation, hard work, the ability to obey and serve others in order to achieve their goal. Happiness brings more profession than love and family.

Slowness and prudence are characteristic. Such people act deliberately and carefully check everything to the smallest detail, so they get an excellent result. The main goal is service and work. They serve the bosses, husband, wife, idea … Emotional balance, diligence, diligence, methodicalness, diligence are indicative.

Negative features with severe damage to the Sun are picky, criticism, skepticism. Cunning, suspiciousness, cunning in behavior, sarcastic vindictiveness are possible. Pettiness and prudence appear (especially in feelings), greed, callousness and heartlessness, formalism in behavior, rancor of character, duality in nature: super purity in everything or filthy of the highest category.

Criticism hinders the achievement of goals. External passivity inhibits emotional contacts. These people look at everything as if from the outside and are prone to observation and analysis.

Other people see you as an independent person, but restrained, even timid and rather reserved. You have a highly developed sense of decency.

Politeness, good manners and correct behavior are very important. Other people are primarily struck by your clear, cold, objective and unemotional attitude, and although in fact you are capable of helping and caring, your sympathy is not so pronounced that others immediately feel it.

You will gladly help others in all matters that require meticulousness and meticulous attention to detail. You are the kind of person who prefers to take a subordinate position, serve as an assistant, in an auxiliary role, and not in a leadership role.

Part of Fortune in Virgo – Meaning and Symbolism

This property, which is very valuable in certain areas (for example, in science), often interferes with them in life, because due to constant excessive detailing, they miss time for decisive action, and often, forgetting to look at the problem as a whole, they miss the moment of the necessary synthesis…

Pedantry and addiction to criticism often complicate the relationship of some Virgos with others. It is interesting that among the representatives of all zodiac signs, perhaps, it is Virgo who most often refuse to recognize the qualities attributed to their sign.

And they do it with sincere indignation. Many Virgos are characterized by increased attention to health, their own and those around them.

Hygiene, prevention, nutrition, herbal medicine – all these are the areas of interest of the Virgo. The symbol of Virgo is the sign of a sickle that cuts off ripe ears. This symbol very faithfully conveys the main features of the Virgo: the tendency to classify, divide and preserve the finished (harvest).

In each of the sectors of the Ecliptic, one of the celestial bodies of our solar system has its own abode (dwelling). Virgo is ruled by Mercury – the planet of the god of eloquence and intelligence. He endows his charges with liveliness, observation, insight.

Mercurians love to put everything on the shelves, they are very objective, and in life they are often guided by reason and logic rather than emotions. But such features also entail complications. An overly harsh assessment of people and phenomena often makes them picky critics.

Virgos not only blindly criticize people, but are also prone to debilitating self-criticism. Only those born in August, due to the influence of the outgoing Leo, do not subject themselves to full synthesis.

Criticism brings some Virgos to shyness, obsession with fears, exaggeration. People of this sign may lack courage and enterprise.

And, although they never admit it, it is often because of the fear of failing that they do not undertake to undertake. Scattered ideas, doubts about the right choice often lead them to failures. If Virgo does not learn to manage her criticism and selfishness, they will hinder her social and professional growth.

The element is responsible for the temperament. The earth indicates practicality and discretion.

According to the theory of Hippocrates, one of the four vital juices prevails in every person. In the man of the Earth, most of all “black bile” (from Latin “melena hole”), which determines a person of melancholic temperament.

At the same time, people of the elements of the Earth are very reliable, you can rely on them, and in difficult times they are always ready to help. Virgos are distinguished by their sturdy work ethic, often they are notorious workaholics who hate idlers.

Their firmness and steadfastness sometimes delight people. But slowness, isolation and coldness sometimes frighten off. They are critical of themselves, but also demanding of others.

But despite this, Virgos are great at adapting to circumstances, having interesting conversations and being the favorites of society. They often joke with an excellent sense of humor, which attracts those around them.

They are also very “correct” and harmonious outwardly, which has a beneficial effect on others.

Virgos, with all their nature, seem to express self-sufficiency and resilience, and this makes them even more attractive.