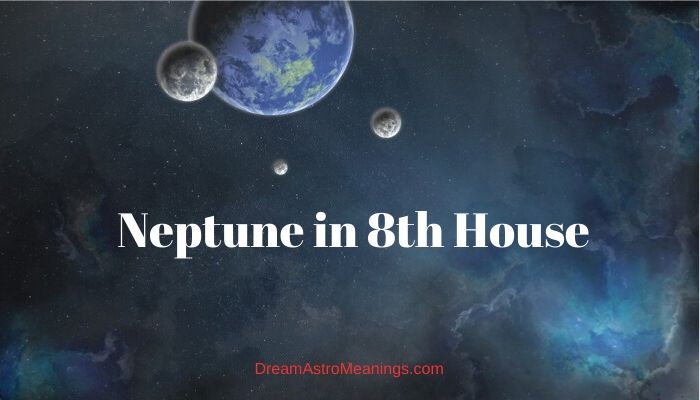 Many would like to know what awaits them in the future; many others would not like to know such things at all. Some people live only for today, others plan years and years ahead and some others try to find a balance between the two.

There were so many different people in the world, with destinies one of a kind, unique as countless stars on a nightly sky.

Well, the stars are precisely what we are about to talk. Astrology, the ancient science of the stars, with its scientific nature disputed over and over again, has much to offer us.

Science or not, astrology definitely has its rules and principles, ages of knowledge and practice. We could probably understand it as a combination of both divination and calculation.

Astrological charts could serve us as a precious guidebook for life.

Natal charts are what most of the people interested in astrology want to learn about. Natal or birth charts are a diagram of our astrological destiny. They are divided into twelve fields called houses.

These houses represent fields of life. Each house is of great significance, just as each segment of life was important to us.

The Eight House is regarded as the most mysterious house in a natal chart. This is the house of Scorpio, associated with all the concepts and ideas Scorpio finds intriguing and important.

It reflects the nature of the darkest, the most mysterious and the most seductive and a very powerful sign, as many would say about Scorpio.

The Eighth House was strongly associated with our passions and especially our carnal desires, our libido. This house could be called the house of dualities, as it illustrates the karmic circle.

Something dies, in order for something new to be born. A death pays for life, in a way, through the Eight House. You probably know what the French say for the height of carnal excitement; they call it a little death.

Well, the eight house is greatly about that. We grow in a very specific way through the house.

Death and life both take place in the eighth field. People who have an emphasis in this house are very likely to be interested into death, the occult, esoteric, spiritual and mysterious.

Everything that was taboo would attract them, to a degree depending on their overall natal chart.

The Eight House is also about possessions and shared resources, as well as sacrifices. This is the house that indicates material support and sources, but also spiritual and emotional, even physical.

This house also has to do with morality and righteousness; natives with an emphasis on it would try hard to live to high moral principles, which sounds as an intriguing combo, having in mind they were interested in what is way beyond the limits of acceptable by many.

This house is associated with anathema, with all kinds of manipulation, especially when it comes to others’ money. Criminal activities, accidents and a series of unfortunate events are all associated with this field. However, it does not have to mean the field brings you that.

The House is linked to the distant and mysterious powerful planet Pluto and, as we have said, it is ruled by Scorpio.

Neptune and Poseidon were ancient deities in Roman and Greek mythology, associated with waters, freshwaters, the sea and horses.

As you know, Greek and Roman mythology are very tightly bound and interwoven; some of the earliest Italic deities were under a great influence of Hellenization, but many Greek gods were sort of taken over by Romans and thus Romanized.

Well, it is a very complex process and we will not get into detail. What interests us here is Neptune or Poseidon.

Knowing about the ancient gods associated with astrological planets could help us understand the astrological background of the same planets. In certain cases, functions are pretty much the same; in others, not as much.

Let us learn more about the god Neptune, so to see how similar the god was with the planet we are going to talk about more on. The first thing that comes to one’s mind upon mentioning Neptune is the sea.

However, it is more likely that this deity was first worshipped as a freshwater god.

The festival of Neptunalia, which took place during the height of the summer draughts’ season, testifies to that.

The festivities were meant to please the water god to supply people and their lands with enough water so they could safely go through the hot and dry summer months. Neptune’s name is linked to terms associated with moisture and waters.

We say sometimes, because the etymology behind Neptunus’ name is abundant and somewhat perplexing.

As for the god’s genealogy and character, we will see into the Greek Poseidon. According to Greek myths, Poseidon was one of the three brothers, sons of Titans Cronus (Saturn in Roman myth) and Rhea.

As Cronus overthrew his own father, he was afraid the same destiny awaits him, so he devoured his children. As Zeus (Roman Jupiter) was saved by Rhea, he finally overthrew his cruel father and released his brothers and sisters.

He then shared the rule with his brothers; Poseidon got to rule over the seas and he was a bit displeased with the result. Poseidon was said to be an aggressive and quick-tempered deity of a very unpredictable character.

People would see not to enrage him, as he would cause great storms and earthquakes, shaking seas and the earth.

Neptune was also associated with horses, which also comes from Greek mythology and Poseidon being the creator of the first horse. There was no direct connection to horses regarding Roman Neptune, though the god Consus was probably reinterpreted as Neptunus Equestris.

Neptune also played an important role in Etruscan culture. There were other possible associations with Neptune, in mythical systems from regions outside Rome and Italy.

Blue and distant, Neptune is the planet that travels slowly, from our point of view, affecting whole generations of people. Therefore, many would say it does not affect the native specifically.

However, strong aspects and placement even of a distant generational planet would play a role in a native’s life. Well, all elements of a natal chart, put together, have their roles to play.

Speaking of Neptune, we have to say that it does not reflect the character of the deity it carries the name, as some other planets that could boast with very similar functions as ‘their’ gods.

Neptune is not aggressive and violent in astrology, but a planet that seeks a freedom for the soul; freedom from tangible, earthly, material bonds. Neptune is the planet of dreams and imagination.

The planet Neptune rules Pisces, the most poetic and imaginative sign of the zodiac; the most mysterious, as well, many would agree. You know how Pisces people seem to be lost in space at times; that is how Neptune affects us.

Neptune allures us with its veils of mystery and illusion. Neptune is the planet of deception, self-deception, everything invisible, imaginative, fantasized.

This is the planet that makes you wonder about what was real and what was not.

It is good, to certain degrees, of course. As some like to say, too much of its substance is a poison and a curse; a good dose is the cure and a blessing.

Neptune in the Eighth House – Neptune in 8th House

Neptune in the Eighth House makes for an interesting placement. It is associated with a very strong spiritual desire; a soul hungry for spiritual fulfillment or rebirth.

People with Neptune in the Eighth House are likely to experience unusual psychic phenomena throughout their lifetime, more or less often, more or less intense and clearly recognizable as such, depending on the individual, his or her overall personality and natal horoscope.

It is very likely that such a native could experience unusual phenomena such as déjà vu, lucid dreams or have visions and else. People with this position of Neptune often have very rich and vivid dreams and they enjoy analyzing them.

The esoteric and the occult, psychic powers and the otherworldly are their cup of tea, so to say. While that is definitely interesting and inspiring, do not let it lead you too far from real life.

Much has to do with the concept of ecstasy; natives with Neptune in the eighth field often seek for an ecstasy on a deeply spiritual intimate level. They need more than pure carnality; they long for soul binding connection.

Since something like that would definitely not be an easy thing to find and to reach, this native’s needs are generally very hard to fulfill.

Because of that, it could happen that the native generally gives more than receives, especially when it comes to carnal pleasures and intimacy. These people could be extremely generous lovers.

Alternatively, it could happen the other way around; they seek for a partner who was extremely passionate, willing to please and who is generous in bed.

In any case, with Neptune in the Eight House, some imbalance regarding intimate relationships is likely to occur. The desire is very strong, but not easy to fulfill.

These natives tend to change too many partners throughout their lifetime, searching for that ultimate ecstasy, which could fall under the category of risky and thoughtless behaviors.

Neptune in 8th House – What Is Mine, Is Yours

Similarly to Neptune in the Seventh House, associated with distorted perception of a particular partnership, very likely a romantic one, we have a wrong judgment of the relationship here.

Here, we deal with physical relationships, through which the native aspires to reach spiritual fulfillment. Carnal pleasure alone is never enough for this native. This native is in need for fantastical and extraordinary connections.

Therefore, this native also has a wrong perception; he or she idealizes the partner, wanting him or her to be that perfect one.

This native would give everything to the lover, trying to convince themselves that this particular lover was that special one, even if it was not the case. This is a dangerous ground to walk on; the native is obsessed with the idea and with the ideal, with the ecstatic moment he or she searches for.

On the other hand, the same pattern could reflect on financial matters, since this hose is about resources; namely, others’ resources. It could happen that the native gives more than he or she receives, in terms of finances.

If the other side were aggressive or imposing, the native would usually give in, because there were no solid boundaries, which makes everything chaotic.

The native tends to be irresponsible when it comes to contacts bound by finances, partnerships, in the first place. This native usually hands over the control over finances to the other one, which leaves a lot of space for manipulation.

The native often believes he or she was incapable of managing the finances, so the partner has freedom to do whatever he or she likes.

Throughout lifetime, the native would probably learn to be more responsible and authoritative, but that will be a long process.

This native learns such things the harder way; he or she would very likely be manipulated and exploited, financially.

Typically, people with Neptune in the Eighth field have problems with handling money, financial matters overall, dealing wisely with inheritance and so on. They are too passionate for that.