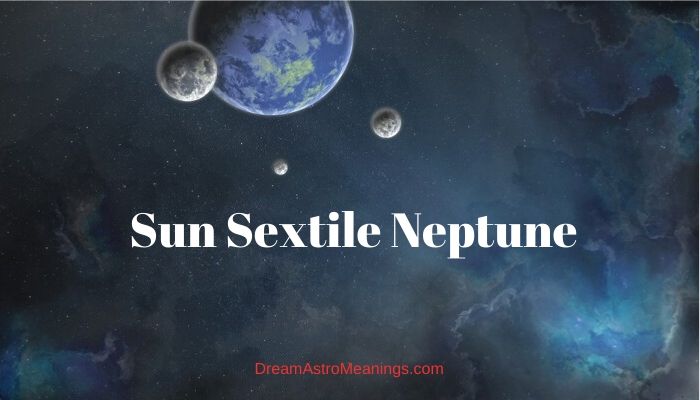 Astrology analyses are very useful tools to discover details about someone’s personality and their potential. It can even be used to try determining events that could happen in the future in the person’s life and even globally.

Such predictions were used long time ago by people initiated in the secrets of astrology and the planetary meanings.

Astrology deciphers planetary placements in signs and houses in the natal chart, and their aspects and applies these meanings to the person’s life.

The aspects or relationships between planets are among the most important factors in the process of determining the person’s character and possible destiny. Especially exact aspects have the strongest impact.

Aspects occur when the planets are at a certain distance apart from one another forming certain angles. They can be harmonious and disharmonious, major and minor.

Major aspects are the ones most important for the shaping of the person’s character and their destiny, mostly when their degrees are exact.

Major events in the person’s life usually happen when the aspects are triggered by transits or progressions.

The sextile is a major aspect with beneficial nature. It is formed when the planets are at an angle of 60 degrees. The orb for this aspect is usually 5 degrees (55-65 degrees between the planets is when the aspect is effective).

The Sextile aspect gives the person opportunities to succeed and forms a cooperative bond between the planets connected by this aspect. It enables the energy of the planets to flow freely and without blockages.

The person has the chance to get the best of both planets. It also neutralizes the nature of planets with somewhat malefic connotation and helps these planets express their best nature.

This aspect forms between signs of complementary nature, like fire and air, and earth and water.

The planets connected with the sextile aspect cooperate and easily express their true nature. They form the person’s talents and abilities in the areas ruled by the signs and natal chart houses where these planets are placed.

People often discover or begin developing their talents during progressions and transits affecting the sextile aspect in their natal chart.

People who have many harmonious aspects in their chart don’t have to put much effort into achieving their goals, and things seem to fall in their lap.

That is why many of them begin taking things for granted and missing chances knowing that new ones are coming.

That way, they waste precious time and their talents often not using their full potential because of that. People with challenging aspects need to fight for their achievements and usually manage to achieve more success than those with predominately beneficial aspects.

This time is marked with progress and achievement of goals, development and using talents.

Important people who can help the person achieve their goals often appear during these transits and progressions.

The Sun is the source of life on earth, but it is much larger than it. It is mostly composed of helium and hydrogen. It is likely that it was formed 4.6 billion years ago. The Sun was an object of worship of many cultures since ancient times and was considered a deity.

In astrology, the Sun symbolizes our life force and consciousness. It symbolizes our energy and strength, our life purpose, identity and our ego. The Sun is the planet of rationality and reason.

When someone’s Sun is prominently placed in the natal chart or the Sun is someone’s ruler, that person possesses a strong energy and magnetism. The person is determined and they know what they want.

They are clear about their life path and their desires and goals. A person influenced by the Sun is usually creative. Negative aspects of the Sun can make the person egotistical and self-consumed.

The sign where the Sun is placed in the natal chart describes the person’s character and their goals.

The sign also describes the influence the person might have on their surroundings. The Sun crosses one sign during a span of 30 days. It is exalted in Aries and rules the sign of Leo. When it travels through these signs the Sun has the most power.

The Sun sign reveals the areas which motivate us and where we tend to focus our attention. The sign shows what is the most important for us. It rules motivation, determination, will, and devotion to accomplish our desire.

In negative meaning, the Sun can symbolize selfishness, vanity, or self-centeredness, being prone to bragging, etc.

The Sun’s influence on a person should be thoroughly examined through the position in the sign, house, and the aspects it makes.

Neptune is a heavy planet. It is also very cold; in fact, it is the second coldest in our Solar system after Uranus. The interior composition is mostly ice and rocks. Neptune is mostly composed of helium and hydrogen.

The name of this planet comes from the Roman god of water and sea.

This planet also rules mediums, magicians, psychic abilities, and secret knowledge. It is the ruler of Pisces.

Neptune brings confusion into people’s lives. When someone is under a strong influence of Neptune, the person usually expresses traits such as dreaminess, emotionality, proneness to lying, deception, manipulation, confusion, artistic skills, etc.

The person could be a great liar, or it can easily be manipulated by others.

If Neptune is badly aspected, the person might be prone to nervous disorders, psychic illness, and addictions, such as drugs or alcohol, or other addictive states.

Neptune also rules religious authorities and religion, and its influence could make the person very religious or chose a profession related to religion. The person might also possess psychic abilities and/or healing gifts which they can use to help others.

They can also be interested in occultism and secret knowledge and practice it. Many of these people have a strong intuition and they can sense other people’s feelings.

Neptune travels through a single sign a long period. That is why people born during this transit share the same traits.

Neptune causes changes in society in the areas ruled by the sign it transits through. Neptune often initiates religious changes and global transformation in the ways people perceive religion and religious beliefs.

People born with Sun in Pisces or Ascendant sense strongly the influence of Neptune. If Neptune is in negative aspects they could be prone to addictions and isolations.

They easily express themselves through different form of art, such as music, painting, photography, etc. They are very spiritual and they often choose religion as their life path.

They have an inner sense of understanding of people and their feelings and psychological states and they are able to give them valuable advice to overcome the issues they are currently encountering.

These people often play some instrument and they love music very much. They are also inspired by beauty and create it in various forms. They love people although they can sometimes be loners prone to isolating themselves.

These people are generous and love sharing their blessings with others. They often choose some profession where they can use their natural gifts and talents to improve people’s lives.

People with their Sun in sextile to Neptune are also very kind and have a compassionate nature. They seem to intuitively know when someone’s hurt or they don’t feel well.

These traits make this person an excellent social worker or working in a humanitarian organization. They can sense what someone is thinking and have the urge to comfort that person. This aspect makes the person compassionate and sympathetic.

They have a peaceful nature and resent all violent people and situations. They avoid conflicting personalities and places.

They need to be surrounded with people who also possess a peaceful personality prone to solving all issues with compromise and talk rather than violence or conflict. This person has a calming effect on people and people love being in their presence.

During the time when transiting Sun is making a sextile with Neptune, the person might feel a religious urge and desire to work on developing their spirituality.

The person might be in a forgiving mood, desiring to forgive everyone including themselves for the mistakes they made. The person has a need to resolve conflicts with talk and strong arguments, and avoid company of people who are nervous, aggressive, and eager to quarrel.

This is an excellent time for the person to retreat from the rest of the word and spend some time in isolation, possibly meditating and cleansing the accumulated negativity.

During this transit, the person could also get the urge to express themselves creatively, through some form of art. Someone might start painting lessons or learning to play some instrument.

The person might feel immense satisfaction listening to music and relaxing while doing it.

For those who have psychic gifts this transit might indicate having some visions and premonitions about the future, theirs or someone’s.

For some, this transit might indicate the person discovering their psychic gifts and abilities and learning to trust their intuition.