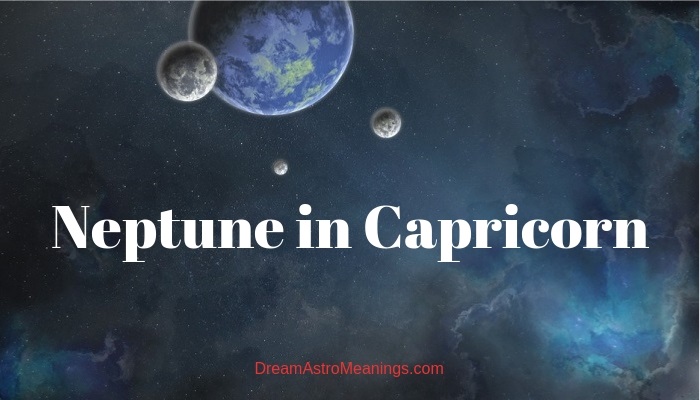 Secrets of the stars and skies have been ever an inspiring source for thousands of tales, legends and mysteries around the world. Despite of all other differences, mythological, religious and many spiritual systems have one thing in common; many of them believe there is some power beyond our imagination.

The power of mystical forces of heavens affects our humble earthly lives. Various paths have tried to unravel the mystery of the skies and stars; not only belief systems, but also scientific disciplines.

We have learned how planets in our Solar system affect the Earth. We have measured great distances, analyzed materials for distant heavenly objects, took some photographs of planets unimaginable to reach in a lifetime; not a single lifetime, but thousands of lifetimes!

It is fascinating how everything in the universe seems connected. However, there are many things official scientific approaches, no matter of how advanced they might be, cannot understand, interpret and explain.

We all wander about our own future and our destiny. We ask if we could learn more about it. To have an insight in what is about to come is a great gift. Astrology tries to answer that.

However, if you believe astrology gives straightforward answers and predicts future, you are wrong. It is not how things work in astrology.

Let us first give you a brief introduction into how astrology works.

Astrology is the science of the stars or a pseudo science, if we are to speak in modern terms. It is an unofficial science, if you like. However, it is constituted of all the elements just as any official one.

Astrology is based on a set of principles, methods and rules, which are all meant to help us understand the influence of planetary movement over our lives. Astrology is a complex of different paths and sub-fields. People commonly identify astrology with horoscope, but it is only one part. Actually, horoscopes are products of astrological analyses.

According to astrology, each element in a birth chart plays a role. It is not your ruling zodiac sign that defines you. Those short horoscopes you read in a newspaper and are most probably skeptical about it are generalized; they apply to all people of the same sign. A natal chart report features all other signs, planets and everything they create together.

Detailed horoscopes are not only personalized horoscopes of an individual human being. In fact, there could be horoscopes done for entire nations, for entities such as countries, so no wonder great leaders of the past were very interested in astrological prognoses. Some astrologers claim, a horoscope could also be delivered for an animal or even for a plant.

Now let us move onto one of the most important element of any astrological analysis and it is the planets. From our today’s perspective, there are ten astrological planets and they are planets of Solar system, including both the Sun and the Moon.

Although these two are not planets, in terms of astronomy, astrology, however, enlists them. In ancient times, planets were associated with great deities.

Only planets visible with the naked eye were recognized as astrological planets. This means all planets to Saturn, including Saturn. Neptune, Uranus and Pluto are so called ‘modern’ planets, since they were discovered much later, while the others are called ‘classical’ planets.

Astrology of newer ages accepted this ancient association between planets and gods, but only in archetypical terms.

The first five planets, starting from the Sun and without our planet Earth, are ‘personal planets’, which means, in a natal chart, they define one’s most personal characteristics. Personal planets are responsible for your personality traits and your temperament. Your ruling zodiac sign is actually the one the Sun in your natal chart is positioned in.

Then there are ‘social planets’, which are Jupiter and Saturn; they define one’s relation to the wider society. Social planets represent bonds between an individual and the collective.

Now, here we are interested in mysterious ‘transpersonal planets’.

They are Uranus, Neptune and Pluto, the modern ones. They are related to much wider perspective, but in an individual horoscope, they represent the higher level of existence, the one beyond our conscious mind.

Transpersonal planets affect whole generations of people, so it is often thought they do not play a major role in an individual horoscope. They spend many years in only one zodiac sign, so all people born over such a period would have the same planet in the same sign.

However, astrology is more complex than that and even transpersonal planets could affect one’s horoscope to greater lengths.

Neptune is one of these mystical and very distant transpersonal planets. Planet Neptune was named after the great god of the seas and oceans of the world; the god Neptune rules over endless depths of all waters that are considered richer and greater than earthly spaces.

Astrological planet Neptune inspires our imagination, our deep inner need for exploration and for wanders.

This planet is a powerful driving force in one’s horoscope, but it could also bring us into delusion and make us difficult to distinguish the truth from illusions. There is a thin line between reality and imagination, if you ask Neptune. Neptune rules over the sign of Pisces and we all know how mysterious, deep and difficult to demystify Pisces people are.

Neptune’s voice whispers through our dreams and our forebodings, through our fantasies, emotions and ideals. Sometimes it grants us visions of perfection, of incredible beauty, of ultimate freedom, the freedom of the soul and then, it also hurts us, by shattering our dreams into thousands of pieces.

The energy of Neptune is crucial in art, music, dance and all forms of imaginative and rich expression.

Visions Neptune brings before us are idealistic, unreachable and impossible, yet, they inspire us, drive us, make us want to discover more, to widen our horizons, to fight for the freedom of expression. Neptune’s visions might be tricky and delusional, but they are also comforting and encouraging, in a way.

With strong Neptune, one is always on the edge between his or hers unconscious mind and an actual, real life construct of a person that they are.

On a bigger plan, Neptune generally inspires artistic way of seeing the world; it makes brilliant, creative minds and people who put an accent on individualism and uniqueness.

Neptune is called the planet of illusions, intuition, and imagination.

It is the planet that rules art, music, poetry, performing arts and all sorts of fine arts. It is idealistic, spiritualistic, mystical and foggy, confusing.

Planet Neptune travels great distances and it takes almost full 165 for it to encircle its orbit around the Sun. the last time Neptune made its full circle was in 2011. This planet spends twelve to fifteen years in one zodiac sign and it affects whole generations of people born over that period.

Neptune was in Capricorn from 1984 to 1998, so all of those born in this period have Neptune in Capricorn.

Neptune in Capricorn gives stable, authoritative and independent characters. People with Neptune in Capricorn are ambitious and pragmatic. They would easily cast away old ideas, get rid of old habits, but they are susceptible of many unwanted changes and transformations.

However, people with Neptune in Capricorn are optimistic, bold and firm.

Neptune Capricorns are usually energetic people, with great enthusiasm for life. They approach everything with firm attitude, ready to face challenges and to fix things that are to be fixed. They are very practical and very determined.

This astrological combination is associated with leadership, authoritative spirit, command and general firmness.

With good aspects, people with Neptune in Capricorn have no difficulty in expressing their mind. Moreover, they have naturally authoritative attitude, so they easily impose their opinions to others. It does not mean they press others to listen to them or act aggressively; it is their overall personality and attitude make them people to respect and to follow.

They have incredible sense of making balance in life and of holding things under control.

They are a bit control-oriented in general. It could, of course happen their qualities turn bad, which depends on aspects in a natal chart. They could become too authoritative and then they do actually what we mentioned; they push others and press them to accept their ways at all costs.

Neptune Capricorn people are perhaps some of the most pragmatic Neptune ones.

They value routine, planning and organizing things and they do it all without any pressure. They are very disciplined, as well and they value their work.

These people are ambitious, but, with good aspects, they would do everything in their power to reach their goals, without hurting anyone on the road.

They are thoughtful, intuitive, with practical mind. This is an awesome combination, because they are some of the rare people who are actually capable of bringing their dreams into reality.

The gap between reality and illusion is wider in Neptune Capricorns and they are generally considered less prone to delusions and living in dreams. They could rationalize dreams Neptune send them.

This makes them individuals who are capable of maintaining good balance in life.

They do not lose the magic of imagination, but then, they do not let imagination takes over their reality. They have clear ideas about what reality is, but they like to be fueled by dreams.

If aspects are not that good, they are at risk of turning to their possible dark side.

On a negative side, Neptune Capricorns could become overly demanding and authoritative and prone to exploitation of others, particularly those much weaker than they are. It is the worst characteristic that could develop in a Neptune Capricorn.

Particularly, they could make use of people who have no power of their own, no personal integrity or those much younger, more inexperienced and generally weaker.

Neptune Capricorns could try to use others to reach their dreams. Neptune Capricorns tend to become very selfish and stubborn, if aspects in a birth chart are bad. They would defend their opinions at the cost of others.

Since Neptune is the planet of illusions, Neptune Capricorns could actually truly believe their illusion is reality, but not only that.

They would try to persuade others the same and they will be stubborn in it, until everything breaks apart.

Neptune Capricorn men have great organizational skills and brilliant ideas, although they are quite stubborn in implementing them in reality.

They are very ambitious and fearless when it comes to achieving their dreams and they cannot learn from others’ mistakes; they have to fail themselves, in order to accept their plan does not work.

They, however, rarely lose drive and motivation for life; they are optimistic. They are prone to repeat the same pattern in all areas of life, including love.

It could bring Neptune Capricorn women suffering, especially on an emotional plan.

However, they do not give up on their dreams easily.

Just like their male counterparts, women with Neptune in Capricorn have to feel the bitter taste of failure, until they decide to change their direction.

Fortunately, they are incredibly strong personalities and generally positive minded.

Neptune Capricorn women handle social situations perfectly and they especially know how to make the best of their career, by combining it whit what they love, not only with what makes profit.

Neptune in Capricorn is a brilliant combination, if you have aspects in your natal chart in favor with this one.

Neptune whispers to strict and well-organized Capricorn and inspires its imagination and its urge to discover and explore the world and the depths of its soul.

Capricorn listens, but does not let Neptune make it delusional.

If aspects are, however, bad, it happens the opposite; not only Neptune Capricorns start to believe their illusions are reality, but they see to, sooner or later, impose their (irrational) vision of the world to others.