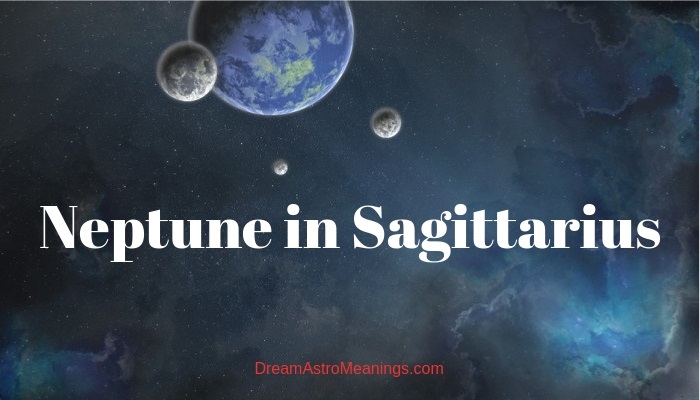 What is the destiny of humankind? What is my own destiny?

These are only some of the questions we have been wondering about for very long. They are only piece in the puzzle of our overall existence and mysterious paths of the universe.

Maybe stars could give us some answers. Since very old times, people have been searching for clues and guidelines in the heavenly vault we see above our heads. Almost all cultures in the world associate heavens with mystical and divine forces, completely regardless of any religious or spiritual systems. They are high above, distant, and mystical.

Scientific discoveries, especially modern ones, analyzed this universe we are only a part of to the detail. Well, at least, to the detail we are capable to comprehend. There are still numerous theories about where this universe ends and is it the only reality. We do not even know if there is anyone out there, living and breathing as we do.

Planets, stars and various heavenly objects are known to have an impact over the life on our planet. Okay, that is correct, but what about our personal, intimate experiences? Do they have to do something with that?

Astrology is an old science, actually, a pseudo science, in modern terms. It tries to give us answers on a more spiritual level, beyond all the calculations and measurements of official explanations.

Astrology deals with an individual’s destiny. This not the only one way astrology ‘works’, but most of the people are interested in natal astrology. Natal astrology interprets one’s destiny, as written in the stars. It uses a birth chart as it basis. This chart is what your horoscope is based upon. Thus, a horoscope is actually an astrological analysis of a birth chart.

Birth charts are actually graphics; they are schemes that represent one moment in time, inscribed into an astrological chart, which consists of twelve houses and other important elements.

In this era of digitalized world, you can easily get your chart done online, in just few a clicks. However, it is recommended that you get a detailed analysis by an astrologer.

Astrologers make wonderful work, with analyzing birth charts. They create unique art pieces, because they have to put great effort and dedication into only one birth chart. Birth charts of individual’ people are, well, individual and therefore, unique.

According to astrology, the day you were born on determines your destiny.

Let us go a bit further. The birth chart represents all elements that are of value in astrology, distributed over those twelve astrological houses, of which each one represents one particular area of an individual’s life (for example, a house related to career and finances, a house related to family and marriage and so on). Signs of the zodiac circle are also extremely important.

Planets are especially important; at the time a person was born, planets were positioned in a special way. Astrological planets are all planets of the Solar system, including the Sun and the Moon and some other heavenly bodies.

Five of the planets are called ‘personal planets’, because they determine personal traits and temperament of the person in question.

Simply, ancient astrologers could not see they are there.

Transpersonal planets are somewhat difficult to understand. On one side, they are associated with the collective and with everything that is happening on a wider, bigger plan.

On the other hand, it is of essential importance to understand their over-personal nature; their energy is associated with what is a higher level of each individual’s existence. This higher level of conscience is unreachable to common people.

It is, thus, believed, transpersonal planets are related to deeper meanings and essential purposes of things that happen, of all situations. You know how hard it is to get to the point of great questions, such as, for example, questions related to your own purpose of life.

Transpersonal planets are believed to keep such deep, meaningful information.

Neptune, the distant ruler of the sign of Pisces, is related to our emotional conscience on all levels. This planet melts down blockades people have built up amongst themselves. It wants to connect us on an emotional level; Neptune inspires compassion, empathy and understanding.

Neptune affects one’s sense of reality; its position in one’s birth chart affects the way that person is going to think about the world, in terms of reality. Planet Neptune decides whether you are going to live in illusions or in reality, to say so.

If planet Neptune is in good aspects, it makes one a talented person, a one with strong mental and creative powers.

People with Neptune in good aspects are artistic, imaginative creative and highly intuitive.

They have tolerance and understanding for the world, but they keep their integrity and they are realistic enough. If the situation in different, it gives people who are insecure, because they simply cannot decide what is real and what is not. They are incapable of drawing the line between the reality and imagination.

Such people are at a great risk of escapism. They are prone to addictions, irrational and in a constant run from reality.

Neptune does not affect one person to the degree that is too important, many would say, because of its slow and long journey. It spends about twelve to fifteen years in one astrological signs, so it affects whole generations of people and has an impact on worldly trends.

However, its influence could be felt in an individual; it depends on many factors in a personalized natal chart.

The last time Neptune was in Sagittarius was from 1970 to 1984, so people born over this period all have planet Neptune in Sagittarius in their birth charts. It does not suggest these people are the same, of course, but that they share certain characteristics, typical for the influence of Neptune.

Neptune in Sagittarius commonly affects one’s need to express his or hers opinions and feelings freely, openly.

Neptune in Sagittarius is associated with the liberty of speech and the need of expressing individuality, personality, uniqueness. This is the era oriented towards individualism and the need for a voice to be heard in a mass.

People with Neptune in Sagittarius have a need to prove themselves as unique, as individual. They are very artistic, highly imaginative, intuitive and with liberal and open mind.

They have strong intellect and good intuition; people with Neptune in Sagittarius are in search for answers. They would dig deep in order to find answers to all questions that occupy their minds.

However, their incredible intellectual depths are never satisfied, because their critical mind always constructs new and new questions to be answered.

Neptune in Sagittarius makes one idealistic and never fully satisfied with information given; these people are in search for real, ultimate truth. This is a gift, just as it is a curse; it depends on your birth chart how Neptune in Sagittarius would manifest and would it manifest at all that greatly to affect your personality in an evident way.

People with Neptune in Sagittarius are marked by distinctive line of egocentrism. They break bonds with the society, meaning they do not want to obey the rules that make them only a piece of sand in a vast desert.

They fight against all norms and principles of civilization established, taking them for outdated and non-efficient. They are also known to make shallow conclusions about times passed.

Neptune Sagittarius is oriented towards new horizons and they often have brilliant ideas that bring refreshment to overall society. Neptune in Sagittarius brings switch of tides and could make the world a more pleasant place, especially in terms of individual freedoms.

However, this also indicates a period of turbulence, which is necessary when fighting against old, restrictive and well-rooted principles.

People with Neptune in Sagittarius break bonds, open new windows, explore new horizons. They are oriented towards the future and willing to explore all the new opportunities the world has to offer.

Moreover, their high intellect and intuition, as well as their rich imagination and natural talent for creation, make themselves the bringers of change who offer completely new paths.

Neptune in Sagittarius makes one either completely lost in their delusions and fantasies or very firm in belief that everything anyone has created before them is invaluable, outdated and thus, not needed.

Determined Neptune in Sagittarius could act brutally, just as they could bring refreshments and open new doors and windows. They see themselves as liberators, but they could as well be destroyers.

Neptune in Sagittarius could be very egocentric and they could really underestimate past.

They are disrespectful of the elder and they often tend to cast away everything that is old. They do not value tradition and heritage.

Although their intention is not ill, if objectively seen, it could be a great disaster.

Neptune Sagittarius wants to change the world, but often at the cost of something ancient and valuable, something that should be preserved.

Neptune Sagittarius man is an adventurous poet, if we are to describe him.

He dreams about the better world, free of all limitations that suppress one’s spirit and creativity. He believes this world has to offer much, but that we are unable to see it. He tends to dwell between his imagination and reality and he enjoys it.

If his aspects are favorable, it brings him only good.

He is a person you would never be bored with. His is kind, tolerant and loving, but also brave and innovative. He could be an artist, a fantasy novels’ writer, an actor or anything else that allows his escape his everyday life for a moment, yet staying in it and going through it very well. He is romantic and gallant. He treats women as princesses.

Neptune Sagittarius women are pretty much the same as their male counterparts. Gentle, sensitive and deeply imaginative, but bold if situation requires. This applies on a horoscope of favorable aspects, of course.

Women with Neptune in Sagittarius are commonly interested in art and performing. They have a strong need to express themselves as individuals, but not at the cost of others.

Women with Neptune in Sagittarius dream about a fairytale prince. To be honest, they are idealistic when it comes to love and they would feel a bit down not finding their true love.

However, they are not discouraged by the fact the perfect man is hard to find.

No, they will bravely search for him and they will recognize him at the first sight, because they are incredibly intuitive.

Neptune in Sagittarius, being a transpersonal planet, works on a collective plan, but it could also affect an individual.

On a bigger plan, Neptune in Sagittarius bring an innovative approach to life, often at the cost of all old beliefs, rules, principles, literally everything before the age Neptune Sagittarius consider their own and modern.

Sometimes these people could be tactless and very insensitive towards everything old.

On the other hand, they are deep, intuitive and highly intelligent.

Neptune Sagittarius are usually bold in expressing themselves and this is, perhaps, the most important thing for them.

They want to show the world they are unique, to break all bonds that make them generic one in a million. They are one in a million and they would like it to be appreciated.