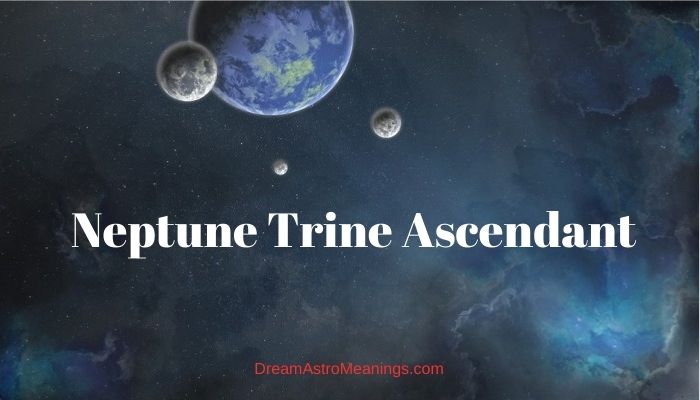 Neptune in astrology is the planet of mysticism, fantasies, and illusions, feelings of high, compassion, subtle psychological sensitivity and receptivity.

The distance from Neptune to the Sun is very great. The orbital cycle of Neptune around the Sun is approximately 164.5 years.

Neptune belongs to the group of collective planets. It influences the fate of entire generations of people, the processes taking place in public life.

In astrology, it is believed that Neptune rules the collective unconscious of human communities. This planet gives the ability to psychology, endows people with developed intuition.

People with a pronounced influence of Neptune in the horoscope subtly feel the influence of the surrounding social environment. They are very sensitive and often very vulnerable, capable of deep experiences. From here arise the ability to acutely perceive someone else’s grief, compassion, pity.

Such a great sensitivity leads to suggestibility, the ability of a medium. People with a strong influence of Neptune can be roughly divided into two groups.

The first large group includes those who are pulled by Neptune. These are usually weak-willed people, sailing according to the will of the waves “where they will take them.”

The second small group includes those who have a sufficiently high development and know how to use the power of the planet for their own purposes.

Neptune gives such people faith, the ability to overcome any difficulties, tremendous strength of mind.

The eighth planet in the distance from the Sun, it is associated in astrology with what cannot be comprehended and measured: with the spiritual world and mysticism.

Everything that is “out of this world”, of which dreams are made. The purpose of Neptune is to break the shackles, to mix the material and the ideal.

Thanks to the energy of this planet, a person can look into other dimensions, into higher levels of consciousness, gaining access to a magical world that cannot be explained. He inspires poets, artists and musicians, diviners, mystics and humanists.

Neptune is called in astrology the “highest octave” of Venus; it turns personal love into transpersonal love.

The planetary principle breaks down the boundaries of the ego and relates the individual to a higher, collective form of being.

Neptune calls to destroy the restrictions imposed by harsh reality, but not like Uranus – as a result of harsh actions, but softly and imperceptibly.

Under his influence, sensitivity and impressionability are intensified, he carries away into the world of fantasy and unlimited possibilities.

Astrologically, Neptune symbolizes the concept of excellence and ideals. For many, the world of illusion is salvation from the world of reality.

It can be found in dreams, someone may try to find salvation in alcohol, which is also associated with Neptune, or in the world of cinema.

Someone will find refuge in religion. Neptune is also associated with all this in astrology.

Neptune determines a person’s desire for something greater than he is, and awakens a thirst for the incomprehensible and mysterious.

This planet reminds us that in order to get out of the successive doubts and confusion, you need faith.

He is also associated with fears like Saturn. Being under the influence of Neptune, a person can be overly sensitive, divorced from reality, it is difficult for him to adapt to the limitations of harsh reality.

In addition, the planet is associated in astrology with empathy and increased sensitivity. People who are affected by it may have the ability to heal and alternative medicine, such as massage.

Neptune was the god of the sea among the ancient Romans, in ancient Greece he was known as Poseidon.

In mythology, Neptune is the god of the seas and oceans. In astrology, this connection with water, the world’s ocean personifies the original principle, from which feelings and emotions emanate – another ocean, the ocean of the human soul, human feelings.

The planet is associated with psychology, with deep experiences and sensations, with the unconscious, with mystical experience.

The psychological sphere of influence of Neptune gives the patronage of this planet to lovers of dreams and psychologically strong personalities, owners of strong charisma.

But there is also a negative side to the influence of Neptune. It is expressed in despair, fear of persecution, remorse, and disappointment.

The negative influence of the planet determines such pernicious tendencies as drug addiction, alcoholism.

Neptune provides an opportunity to plunge into illusory sensations until a complete loss of connection with the real world.

This is a gloomy planet of people with devastated and lonely souls, criminals.

But despite all the negativity associated with this planet, there is also a place for light symbols, for example, mercy and sympathy. Neptune rules the sign of Pisces.

Thanks to the energy of this planet, a person can look into other dimensions, into higher levels of consciousness, gaining access to a magical world that cannot be explained. He inspires poets, artists and musicians, diviners, mystics and humanists.

Neptune is called in astrology the “highest octave” of Venus; it turns personal love into transpersonal love.

The sign of Neptune is a trident. This is a symbol of the ancient Roman ruler of the water element, in whose honor the eighth planet got its name.

It was discovered in 1846 by German astronomers Heinrich D’Arrest and Johann Halle. Moreover, scientists purposefully searched for the planet according to the coordinates calculated by the Frenchman Urbain Le Verrier.

Neptune in ancient Greek mythology corresponds to Poseidon – the god of the seas. In the dark depths of the sea stands the luxurious palace of the brother of the thunderer Zeus, the ruler of the seas of Poseidon.

There, in the depths of the sea, he lives with his beautiful wife Amphitrite, one of the daughters of the sea elder Nereus, named after their father by the Nereids.

One day, driving across the sea in his chariot, the lord of the depths of the sea saw Amphitrite among the waves, leading a round dance with her Nereid sisters – the most beautiful of the Nereids.

Amphitrite captivated the heart of the formidable god of the seas, he wanted to take the beauty with him in a chariot. But a lovely Nereid took refuge from him at the end of the world at the titan Atlas, who holds the firmament on his shoulders.

For a long time Poseidon was looking for a beauty, finally, the dolphin showed the god of the sea the refuge of Amphitrite. So he kidnapped the daughter of Nereus, who became his wife. In love and harmony, Poseidon and Amphitrite gave birth to a son, Triton, and a daughter, Rod, who was later destined to become the wife of the radiant sun god Helios.

Neptune is the farthest, eighth, and so far the last planet in the solar system. This planet has the fourth largest diameter and third largest mass. The presence of Neptune in the solar system was first calculated using mathematical calculations.

This is explained by the fact that the motion of Uranus in its orbit did not quite fit into the exact mathematical theory of motion.

The discovery of these deviations gave rise to the hypothesis of the existence of an unknown planet, which by its gravity causes the detected anomalies in the motion of Uranus. Using exclusively mathematical apparatus, two young scientists – Frenchman Urbain Le Verrier and Englishman John Adams calculated the estimated position of the mysterious planet.

And the violator of the order was discovered in September 1846 by the German observer Johann Halle at approximately the place indicated by the calculations. Thus, Neptune became the first planet of the solar system, open “at the tip of a feather”.

The position of the planet in the natal chart shows how idealistic and romantic you are. This planet endows with receptivity, which can be a source of healing power and telepathic abilities.

But if you do not use this quality for creative purposes, you will be able to pretend or live in a world of deception. The highest manifestation of Neptune is an act of self-sacrifice, a willingness to give one’s life for high ideals or give up one’s needs for the sake of other people.

This planet destroys the boundaries of the personality and allows you to feel a connection with the whole, to devote yourself to the divine. The planet in astrology is associated with sacrifice, charity and helping the weak.

But it is necessary to understand that everyone has a role to play in this life, and that our sense of responsibility for others should also have a limit. If you constantly sacrifice yourself for the sake of others, then you can think of yourself as a savior.

The weak side of Neptune is that it can be very unstable, inclining a person to self-deception, lack of will, feelings of guilt, dishonesty, detachment from reality. In astrology, it is also associated with loss and misery.

Neptune tempts with the dream of ecstasy, but he is a master of illusions, under his influence you can find yourself both in heaven and in hell. He is able to destroy the sense of reality and deprive the idea of ​​real life, throwing at the mercy of vague unconscious impulses.

Soon after, its first satellite, Triton, was discovered. Triton amazed astronomers with its uniqueness – it rotates in the opposite direction to the movement of the planet itself. Moreover, Triton differs from other reverse satellites of the planets by its huge mass and a small distance from the planet.

It is also surprising that there is a significant atmosphere on the satellite, while only Titan, the moon of Saturn, could boast of this. Triton, with a temperature of -235 degrees, is the coldest object in the solar system that has been studied up close. The study was carried out by the Voyager 2 spacecraft, which flew near the planet in August 1989.

Neptune is similar in structure and composition to Uranus.

Only Neptune weighs a little more, but the radii of both planets do not differ from each other.

The core of Neptune, like Uranus, is composed primarily of ice and rocks.

The atmosphere of Neptune contains less hydrogen and helium than Jupiter and Saturn, but a higher proportion of the ice – water, methane and ammonia.

Atmospheric methane actively absorbs red rays, which is associated with the beautiful blue of the visible disk of Neptune. Spots of anticyclones can be observed on the surface of Neptune.

According to astronomers’ calculations, the strongest winds of the solar system are raging in the atmosphere of Neptune, at speeds up to 2100 km / h.

The planet Neptune was calculated in 1846 by the French astronomer Urban Leverrier at a time when interest in the occult, spiritism and the afterlife was growing.

It symbolizes a sense of duty towards other people: we feel oneness with all living things, and the compassionate and selfless part of our personality seeks to help everyone who needs it. Failure to fulfill this duty can lead to feelings of guilt.