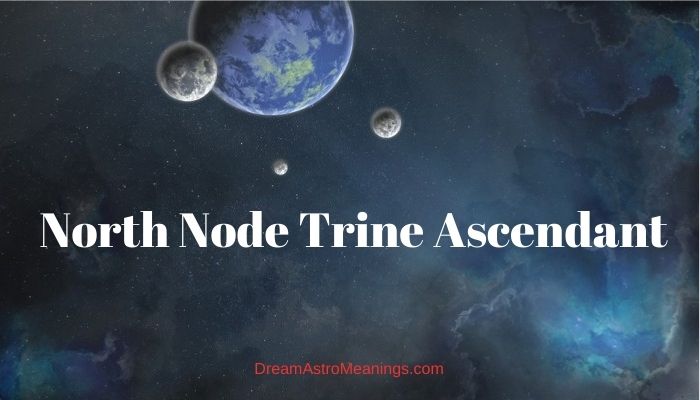 Let’s focus on the theme of lunar nodes in the horoscope (birth chart) of a person. I would like to note right away that this topic is primarily for those people who believe in karma and in their karmic tasks, as well as in the idea of ​​reincarnation and predestination.

The lunar nodes in the horoscope are fictitious points. They show the experience and tasks that a person faced in a past life or past incarnations.

Also, the lunar nodes in the horoscope indicate the tasks that are given to a person here and now. With what mission did the human soul come to this incarnation?

What are the important lessons facing a person? Having studied the lunar nodes in the horoscope, you can find answers to these questions.

We can conclude that the lunar nodes in the horoscope show the purpose and tasks that a person faces in fate.

If you do not believe in fate or predestination, then, by and large, it is not worth considering the lunar nodes in the horoscope.

The more the lunar nodes in the horoscope are accentuated, the stronger is the influence of fate on a person.

Especially on those topics that accentuate the lunar nodes in the horoscope. Nodes can accentuate either a certain axis of the Zodiac Signs or some axis of the astrological Houses.

In accordance with this emphasis, a lot can be said about the fate of a person.

For example, the case when the lunar nodes in the horoscope accentuate the axis of the 4th and 10th astrological houses – the theme of “family – career” in the fate of a person is karmically included.

Or another case when the lunar nodes in the horoscope accentuate the axis of the 1st and 7th Houses, the axis of “self-expression and relationships with other people.”

Accordingly, along this axis, in these areas, it will be most important for a person to resolve all emerging issues.

The lunar nodes in the horoscope are a single fictitious point, which is divided into two component parts.

There is a south lunar node in the horoscope, it shows what has already been developed by a person in past incarnations.

This is the past experience, these are the themes of life in which a person feels confident and they are given to him well.

Accordingly, a person will try in his current incarnation to broadcast and make the most of the accumulated experience, which is indicated by the South Lunar Node in the horoscope.

The second part of the node is the North lunar node, it shows in the horoscope the person’s tasks for this incarnation. This is the necessary experience that a person has yet to receive in life.

Here the task: to find a balance between the North and South lunar nodes in the horoscope.

It is dangerous to leave only the experience that was gained at the South Lunar Node, because such a tendency deprives a person of the opportunity to develop.

For example, if the South lunar node in the horoscope is in the tenth astrological House, then the person, most likely, will simply be given the topic of a career.

It will be easy to implement in the professional sphere, but it is dangerous to lock in only one profession.

After all, the North lunar node in the horoscope will be located in the fourth astrological House and the task for a person will be: to learn how to build relationships in the family.

His mission is to work on all situations that develop in the family.

Also, such lunar nodes in the horoscope indicate the need to study their ancestral roots and traditions.

Although this may not be easy for a person, there is still no proper experience here.

This is all a very important topic of karma! And this topic is too complex and voluminous to raise it within the framework of this article. You can read more about karma on the page: Karmic horoscope.

Ideally, we should rely on the accumulated potential of the South Lunar Node in the horoscope in order to be able to solve the problems posed by the North Node.

When the lunar nodes in the horoscope are strongly underlined, for example, they make important major aspects to the planets or are in the corner points of the chart.

In such cases, the lunar nodes in the horoscope will have a very noticeable effect on a person’s life.

If your South Node is in the first House, this means that in past incarnations you were a person completely focused on yourself and on your personal interests.

Such lunar nodes in the horoscope say that your past was actually connected with yourself, with the themes of self-expression in the world.

In the past, you may have a tendency to draw attention to yourself and demand something from others for yourself. Your “I” or in other words “ego” is the main fundamental factor from which it is difficult for you to abstract and pay attention to the needs of other people.

With such a position of the lunar nodes in the horoscope, you are used to relying on your opinion and your beliefs in many life matters. And the opinion of other people is of secondary interest.

Accordingly, if the South Node is in the first House, then the North Node will be in the seventh astrological House.

As you already know, the North lunar node in the horoscope shows our future and guidelines for spiritual development – those qualities of character and spheres of life that first of all need to be worked out.

When the North lunar node in the horoscope falls into the 7th House, it raises the topic of partnership here.

In the second half of your life, you will more and more go into the topic of relationships. Especially after 40 years, there is more need to be in relationships with other people than it was before.

The desire to build communications and relationships with the outside world is growing.

When the lunar nodes in the horoscope are located in this way, life itself forces a person to shift the emphasis from his needs to the needs of the people around him.

The topics of agreements and obligations assumed in the relationship are raised. A person learns the correct interaction with partners and the world around him.

Learn to see their needs and learn to match those needs with your personal needs.

As a result, a person who has the lunar nodes in the horoscope in this way no longer closes in on himself, as it was in past incarnations, but feels like a part of society.

Such a person knows how to integrate into society in such a way as to achieve social success in it. He knows how to build harmonious relationships with people around him and with partners.

The north node symbolizes those programs of the subconscious that control communication with society, which first appeared in this person’s life, they are often associated with the expansion of his social perception and participation at a new level in social programs, so that the north node has a shade of Jupiter.

The north and south nodes always stand in exact opposition (which should not be indicated by a segment on the map!), And therefore each person faces the problem of balancing them, which means the formation of his attitude to the social past and future, but not abstractly, but in the form that as they are presented in the present.

A person with the accent of the north node (this happens when several planets are in conjunction with him, or he stands on the ascendant) lives in a social present, does not feel the roots and limitations of public consciousness, is an enthusiast of social movements who swallows the surface energy of new beginnings and does not feel inert and force of habit of their fellow tribesmen in social problems and programs, but very sensitive to the emerging new social forms and problems.

Such people enthusiastically lead on a voluntary basis or (if the knot is defeated) deftly engage in demagoguery in the literal sense of the word (that is, deceiving the masses), speculating on topical slogans.

The South Node Man is a social conservative who believes in the gradual evolutionary development of society and denies revolution in particular in his social conditions. He has a good sense of tradition, loves and knows the history of his people (factory, region), loves reliable and time-tested types of social structure and ways to improve it.

He is distinguished by critical thinking to everything new that has appeared in society; when the node is damaged, it is retrograde; with harmonious aspects, this criticism is accurate and constructive.

The south node denotes those social programs of the subconscious that were developed earlier, in past lives; this is something that a person already knows easily, and it is easy for him; therefore, here a person is tempted to follow the previously trodden paths and roads, that is, following the inner clichés, which hinders development.

South node programs provide power and instinctive wisdom, and at the same time, limit; the south node has the hue of Saturn.