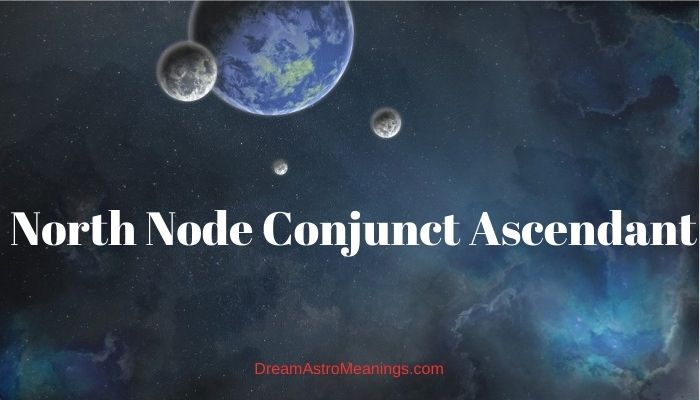 The Lunar Nodes (North and South) belong to the category of fictitious points, that is, they do not have a physical body, such as planets, but are the points of intersection of the orbits of the planets (lunar and earth).

The North Karmic Node is inextricably linked with the South and vice versa, since they are located exactly opposite each other.

Traditionally, the North Node is associated with new opportunities, where Rahu is in the horoscope, the luck that we deserve through good deeds in past incarnations awaits us.

The location of the South Node is associated with those areas where the soul previously had a lot of experience / achievements, and now it is experiencing limitations. And this is not the path that a person needs to follow in this life, although subconsciously he can pull there strongly.

During the period when the upper planet (Uranus, Neptune, Pluto) aspects the North Node in the forecast, life provides us with opportunities depending on the location of the Node in the map, when the South Node is involved, it is difficult for us to move in one direction or another.

It would be nice to track this and use it to move to a higher level of soul evolution.

If difficulties arise in these periods in life, then you are not going your own way, fate is trying to direct you through trials to the right path.

In a past life, a person completely and completely devoted himself to marital relations, forgetting about himself. Now is the time to think about your own implementation.

The main goal now is to learn how to be a leader, to develop personal strength, to become independent from the opinions of the people around.

In family relationships, with this position of the Nodes, it is difficult to avoid instability. Problems with courts and law are also possible, therefore, confusing situations in these areas should be avoided.

The North Node sign is a way / how you should manifest yourself, for example, a Node in Aquarius in the First house, you need to develop the qualities of this sign – originality, uniqueness, ease, sociability. And if in the tenth – using these qualities to strive for career heights.

Luck in making money, easy attraction of resources. The task is to learn to “make” money with the help of your abilities and talents, to strive to become financially independent.

In this life, you should not rely / rely on the money of other people, be it the funds of a spouse or parents.

Loans are also contraindicated. It is necessary to avoid dangerous situations, not to become addicted to sexual relations. The North Node is in the third house, the South Node is in the ninth.

In this life, a person is lucky in communicating with people, he succeeds in his studies. But it is not advisable to strive to get one education after another, firstly, it will hardly be easy, and secondly, one diploma will be quite enough, not to mention postgraduate and master’s programs.

First of all, you should develop relationships with close relatives and the environment in general (neighbors, classmates), especially with brothers / sisters.

It often occurs in women who are completely dedicated to the household. Or people who have a family business. Such a person has abilities in the field of real estate operations, renovation, and interior design.

In general, this situation gives prospects for building a strong family and / or a good parental family (parents). It is necessary to take care of your home / family, to support / help parents in every possible way is especially important here.

Any connections with the South Node indicate that in these relations the partners will have to work on a lot in themselves, and also that this connection of theirs may turn out to be a kind of test-test for them.

The interpretation becomes much more difficult when the North Node connects to one of the four main points in another horoscope.

Favorable aspects of the Sun, Moon, Mercury, Venus and Jupiter with the North Node are considered a very good sign, while the configurations with it of Saturn, Uranus, Neptune and Pluto are more problematic.

But with building a career, not everything is so rosy. This is not the purpose of this assignment. Leadership positions should be avoided, although they are usually not attracted to them.

The main mission of this incarnation of the soul is to develop creatively, at least to have a serious creative hobby, as a maximum to take place in the broad sense of the word “creativity”.

Another point is children, it is important for a person with such a knot position to become a good parent.

On the other side of the coin are collective activities, community groups and friends. It is undesirable to be very active in these areas.

In the interpretation of the North and South nodes in the horoscope, astrologers disagree with each other, although they all, without exception, believe that they are very important. Hindu astrologers attach great importance to them, considering them special planets and calling them Rahu (North Node) and Ketu (South Node).

This is largely due to the fact that they consider the influence of the Moon more important than the Sun and all other planets. Western astrologers consider the North Node auspicious (essentially Jupiterian), and the South Node unfavorable (having a Saturnian nature).

In many ways, it is very difficult for astrologers to understand the meaning of the Lunar nodes in the synastry (the horoscope of relationships), given that they are “points of interaction”. The influence of the nodal axes can manifest itself in two ways.

First of all, when progressions and transits come into contact with these points in the horoscope, this coincides in time with the entry of a person into some important life stages.

Secondly, if the planets in one horoscope form aspects with the North and South nodes in another horoscope (especially if they are in conjunction), this indicates the exceptional importance of the relationship for both partners, as well as their karmic conditioning.

Usually Saturn is associated with karmic aspects in astrology, but in addition to it, the lunar nodes are also important from this point of view. Unfortunately, it has already become a sad tradition that, unable to find an adequate explanation, astrologers turn to the concept of karma every time.

And nevertheless, it seems to me obvious that the aspects formed by the lunar nodes in one of the horoscopes with the planets in the other indicate a fatally predetermined connection of partners with each other.

Connects the meaning of the knots with karma and Dane Rudhyar. In “Astrology of Personality” he writes: “Lines of knots show us the Directions of Destiny, the purpose of Destiny (North Node) and its origins in the past (South Node)”.

Favorable aspects of the Sun, Moon, Mercury, Venus and Jupiter with the North Node are considered a very good sign, while the configurations with it of Saturn, Uranus, Neptune and Pluto are more problematic.

Any connections with the South Node indicate that in these relations the partners will have to work on a lot in themselves, and also that this connection of theirs may turn out to be a kind of test-test for them.

The interpretation becomes much more difficult when the North Node connects to one of the four main points in another horoscope.

The easiest way here is to assume that the relationship of partners is extremely important for both of them, and they should not treat them lightly, I could be convinced of this from my own experience.

In the horoscopes of Hitler and Eva Braun, seven aspects with the Moon Nodes can be counted. Hitler’s North Node is connected to Eve’s Neptune and forms a quincunx with her Sun, while Eve’s North Node is in conjunction with the Sun, Descendant and Mercury in Hitler’s horoscope.

All this speaks of the inevitability of their relationship with each other. In addition to this, Eve’s Saturn forms a sextile with Hitler’s North Node, and his Uranus conjuncts her South Node.

The vertex is the point of the zodiacal circle located exactly to the west of the place of birth of a person at the time of his birth. This is a very important coordinate in the horoscope.

Discovered relatively recently (by the American astrologer Edward Jondroe), it is associated with karmically conditioned, predetermined events in a person’s life.

From my own experience, I know that the connections and oppositions formed by the planets and the main points with the Vertex are extremely important, and the more accurate the aspect, the better.

The conjunctions and oppositions of the Sun, Moon, Ascendant, Descendant, MC or IC of one of the partners with the Vertex of the other indicate that very important events in the life of both partners will occur in connection with their relationship.

In the horoscopes of Hitler and Eva Braun, both Vertex are aspected (the aspects, however, are not very precise): Hitler’s Pluto is connected to Eve’s Vertex, and her Mars is connected to Hitler’s Vertex.

The aspects of the lunar nodes and Saturn in both horoscopes also speak of the karmic predetermination of their relationship.

The North Node is the point of the zodiacal circle located exactly to the west of the place of birth of a person at the time of his birth.

This is a very important coordinate in the horoscope.

Discovered relatively recently (by the American astrologer Edward Jondroe), it is associated with karmically conditioned, predetermined events in a person’s life.