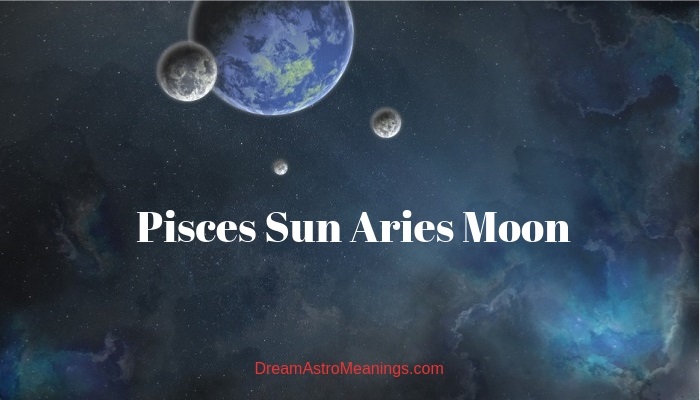 Until the Sun sets in the east, people will keep wondering about why everything happens and why we are here, in the first place.

Perhaps the most of us would keep asking questions of personal interest, such as why I myself am here and what my purpose in this world is.

However, all such questions are only pieces of the puzzle that is humankind destiny.

Will we ever hear an answer? Perhaps we will; perhaps not. Maybe the truth is hidden in answers we can get. Many paths of thinking about this world provide us with all sorts of answers.

Some of these are acknowledged and officially recognized as scientifically based; others are considered alternative and more questionable themselves.

One of those alternative paths is astrology. Today, it is called a pseudo science.

Nevertheless, astrology is still being widely used. Whether you trust its interpretations or not is entirely up to you.

We would say there has to be something in it. Astrology comes from very ancient past and still people find answers in it.

The first thing you must know is that astrology is like a guidebook to your life, not a book of rules.

The Sun represents the center of our little universe we call the Solar system. Western astrology is what we talk about here, so we take the Sun as the main point in astrological analyses.

The bright and the golden Sun is the first thing for a modern Western astrologer to look out for if he or she was about to interpret a person’s natal chart.

Natal charts are the basis of natal astrology and this is the branch we focus on here. Natal astrology deals with individual people’s destinies. The Sun is the central place in anyone’s birth chart.

It represents the very essence of one’s personality, being the first of ‘personal planets’, which are also the Moon, Mercury, Venus and Mars.

These planets are responsible for an individual’s personality profile, whit each one defining specific part of someone’s personality. In that regard, the Sun represents the core, the Ego, the ‘true self’.

This golden star is the fire of your soul, the flame that moves you towards your noble goals; yes, the Sun represents nobility, light, generosity, bravery and all the good qualities that have to develop in an individual.

Of course, the development of these qualities depends on many other factors and they could all turn bad.

The Sun sign represents a special channel for your personality to develop; it gives it specific form. The Sun sign is your native sign; this is what people commonly identify with the whole idea of horoscope.

We tend to generalize Sun sign’s characteristics and to identify a person with this one.

However, we are all different, because our own native sign is under the influence of others signs and aspects found in our natal chart.

Nevertheless, if you have the Sun in Pisces, you definitely share Pisces qualities with other people of the same native sign.

In other words, the Sun in Pisces makes you a Pisces person. What is it that all Pisces have in common?

This is a Water element sign, of mutable quality and negative polarity. Its natural ruler is the planet Neptune; also, Jupiter rules over Pisces.

Pisces are often regarded as one of the most emotional sign of the Zodiac. Just like other Water element signs, Cancer and Scorpio, Pisces is interested in things that are more abstract and mysterious; things that cannot be explained and understood only by reason.

Pisces have great intuition and they are characterized by deeper understanding of the world around them.

Pisces are not born to be leaders and they are very different of their two Water relatives.

Pisces are not intense and ambitious as Scorpios, nor emotionally vulnerable as cancers could be. The best term to describe Pisces is ‘understanding.

Their presence is very important, even though they are not leaders. They are caring, empathic and emotionally supportive individuals.

We all have a rational and an emotional side of our personality. The Sun represents the first one and it is about our presentation and expression; the Sun is about all aspects of our being that we are well aware of.

The Moon is the other, deeper and emotional part; we are mostly unaware of its effects. The Moon defines the impression and the emotional reaction.

The Moon is associated with mystery, magic, the element of Water and thus with everything changeable and transformative. It allows us to go deeper and to search through our deepest desires.

The Moon could help us discover what is it that our heart really wants, if we listen to its guiding voice with patience and willingness to understand it.

The sign the Moon matches in one’s natal chart represents the channel of one’s emotional energy. It defines the way we take impressions from the world around us and our emotional reaction to those.

The sign defines the nature of our emotional self; this is the reason why some of us are so compassionate and others are not, for example.

Aries is a Fire element sign, harsh, direct, impatient and very dynamic. Aries was made out of pure action; it is associated with strength, determination and courage. When it comes to emotions, Aries is not known as particularly sensitive or empathic.

The Moon in Aries does not feel very comfortable and its subtle energy is easily outshined by the fiery nature of Aries.

This makes Aries Moon people those who do not think twice before they say or do something; they lack empathy so they cannot decide if what they are about to do would hurt anyone.

They simply do not think about it, although their intentions are extremely rarely bad. Moon Aries are direct and straightforward.

They never try to hide their feelings about or towards someone or something. They speak their thoughts and feelings aloud.

They are not afraid of being hurt for showing of their emotions. They are very self-confident and strong. Moon Aries are tough, raw and insensitive.

If they want something, they will tell it and do get in action. If they feel this way or another, they would not try to hide it.

Pisces and Aries are so very different from one another. However, when found in this combination of the Sun and the Moon sign, it could give a very interesting personality.

Pisces Sun Aries Moon people possess all the emotional depth of Pisces and all the courage of fiery Aries. This makes them romantic and brave, people who fight with passion for their cause.

Pisces Sun Aries Moon is a romantic personality, driven by ideals of chivalry and noble causes.

They care about themselves and nurture their fantasies and dreams; they are very prone to daydreaming, but they soon get into action. They see somehow to implement their fantasy in real life.

For example, a Pisces Sun Aries Moon is inspired by ideals of knighthood; he or she would dedicate to some noble cause of defending those who need protection.

They would play knights in their mind, but they would use their imagination and their qualities in reality and actually make a change. They are honest and determined people, not very patient, though.

These people are caring and principled, guided by intuition and far more empathic than those with Aries sign accentuated in their horoscope are.

Pisces Sun Aries Moon are compassionate and imaginative, but their raw and rational Aries part keeps them with both feet on the ground.

They are not at risk of losing themselves in the world of dreams, which is common for Pisces natives.

Caring, protective and empathic, Pisces Sun Aries Moon are often oriented towards noble causes of helping people, while helping themselves at the same time.

They care about their dear ones very much and respect other people.

They are understanding, but not as easy to manipulate as it happens with Pisces natives. They are modest and capable of taking care about themselves.

They could become impulsive at times, because Aries is a very strong sign and Pisces is overloaded with emotional energy.

It happens they burst out and simply let out all that feelings hidden inside them, which could be disturbing to those around.

Their Pisces compassionate nature would remind them of that, but it could turn bad for them, because it often happens they surrender to the feeling of guilt over it and cannot move forward because of it.

These are genuine romantic brave knights and ladies from fairy tales. They dream about the perfect one and they would fight for their love.

They are courageous, unlike native Pisces who could be very shy and indecisive, when it comes to love. They are passionate and they would act instinctively.

Aries-like Charming and just a bit Pisces-like mysterious, Pisces Sun Aries Moon are amazing lovers, caring partners and those one could trust their life with. They want a partner for a lifetime.

The best match for a Pisces Sun Aries Moon is someone kind and noble, someone who would let them impress them with their chivalric attitude.

Pisces Sun Aries Moon have to see their romantic ideal in a partner.

It should be someone who is full of understanding, but also strong and reliable. They want a lover who dreams about spending a lifetime by their side.

Pisces Sun Aries Moon are noble and understanding people who are not susceptible to others influence.

They are courageous and ready to fight for their causes, which are often oriented towards the benefit of all. They sometimes lack patience, but are generally balanced.

They perfectly combine emotionality with reason and imagination with their practical and dynamic nature.