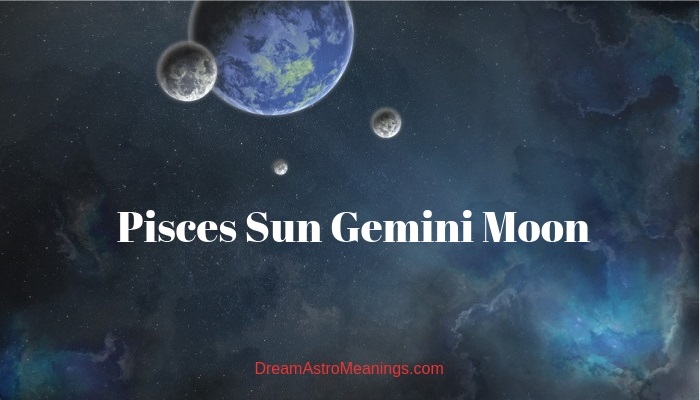 From the beginning of time, the time of civilization, a human being has been standing before mighty heavens, asking questions. Heavens have sometimes answered, sometimes not.

People have been trying to ascribe all sorts of powers to heavens and stars up there, considering planets being powerful deities or so.

Throughout our history, there have been all sorts of ideas about it.

We try to measure everything, even those forces we still find enigmatic and not easily comprehensible; for we know planets and space energies definitely affect our lives.

There are still many alternative paths of understanding that live on, such as astrology.

Astrology was once the same with astronomy; the two are obviously closely related.

In old times, many notable astronomers were also astrologers, so there was always an element of abstract, not scientifically based explanation on why is something happening, if the skies, stars and planets are to be asked or studied.

Astrology is a wonderful path of observing the world, although not officially recognized as a science.

Nevertheless, astrology consists of all the elements required for a scientific discipline; it is based on firm principles and knowledge, it has its methodology and rules. It is not about predicting future and divination, as many would think.

Astrology is a complex approach, widespread around the planet and in many forms. We use Western modern astrology, which is focused on the Solar system.

More precisely, we focus on natal astrology, since a destiny of an individual is here in question.

Natal astrology is probably the most popular branch of this alternative science, also labeled as a pseudo science. Natal astrology focuses on an individual person. With the Solar system as a base, the Sun represents the central place in natal astrology.

The Sun determines a person’s native sign; the one we usually identify with someone’s personality. It is exactly so, for a great part.

The Sun represents the true self, the Ego, so the sign determined by the Sun’s position in a birth chart shapes up that Ego and that true self. It is what goes you your main personality traits, defines your character and your temperament.

This bright daily Luminary is the first of the ‘personal planets’, which all define your personality.

It is about the manifesting personality, the traits and attitude you are aware of and that others can recognize and see. It is all about the conscious mind, self-awareness, personal strength, one’s point of view, concepts and ideas about life and him or herself in this life.

If you have the Sun in Pisces, it means you carry characteristics of Pisces sign as your basic personality traits.

Of course, it is not that simple, so it is impossible to have two different Pisces people with exactly the same traits, character and temperament.

The Sun sign is greatly affected by other signs, planets, aspects and more. It makes one unique Pisces or whatever other sign is his or hers native. Let us talk more on Pisces.

What all Pisces have in common is their emotionality. Pisces is a water element sign, greatly affected by the Moon, although its rulers are Neptune and Jupiter.

Neptune is the planet of mysteries and hidden knowledge, so Pisces are highly imaginative and enigmatic to the outside world. They often daydream and appear lost in between the worlds.

Pisces have extremely strong intuition, with great tendency towards developing psychic abilities. Pisces are often interested into mysteries, spirituality and everything that seems not to be of this world.

They are highly empathic, as well. Pisces absorb other people’s feelings and cannot resist it. They are very compassionate and capable of feeling others’ sorrows and joys.

They are benevolent, nurturing and caring although not particularly reliable. Their wandering between the realm of fantasy and that of reality makes them forgetful.

They see almost no real value in materialistic things. Pisces avoid unpleasant things, running away to their fantasy realms.

They have hard times dealing with difficulties that come in real life, because of their marked sensitivity.

We have mentioned the Moon influences Pisces, since it is the astrological planet of emotions. The Moon itself always plays a role in a person’s natal chart. It is an opposite of the Sun and equally important.

It is everything you cannot clearly see about one; the Moon is n emotional base and the background of the Sun’s visible and manifesting qualities.

We did not mention it above, but the Sun is also a powerful creative principle. However, the creative force is meaningless without emotions, imagination and inspiration.

The Moon supports one’s creative potentials, making you feel the need to create from deep within, offering you inexplicable imagination and inspiration. The Moon feeds your rational, acting self.

It is about the impressions you get from the world around and your reactions to those. The Moon also marks one Zodiac sign; this Moon sign is your emotional self.

The Moon sign is the channel for your feelings; it determines the way you embrace impressions of this world and process them.

This is the reason why people so differently react to the very same life situations.

The Moon in Gemini is a wandering, playful, curious and enthusiastic Moon. The Moon itself is a changeable, wandering principle of unstable quality.

Gemini sign is also restless and on the run. Gemini s the sign associated with communication; Moon Gemini satisfies their emotional needs through constant exchange with other people. They do not like being alone.

On the other hand, many would say Moon Gemini people are shallow, because they frequently change company.

They are outgoing, always surrounded with people, always talking about this or that, meeting new friends, becoming the best friends with you in one moment and moving away the very next.

However, their shallow relationships are a self-defense mechanism, in a way. If they do not bind to tightly, they cannot get hurt.

Gemini Moon people do not think about it actually; they do this instinctively.

They have a marked need to be out there; to experience all wonders of the world and to get back and talk about it. They enjoy sharing their stories with others.

Moon Gemini ones are friendly, sociable, good-hearted, courageous and curious. They are playful and youthful people who know how to cheer others up.

Pisces Sun Gemini Moon personality is someone playful and romantic. These people seem always to be in the state of amorousness and excitement over something.

They would probably lose focus and interest easily, but they would instantly find something else to keep them in that state. They are imaginative; they fantasize a lot and talk a lot more than typical Pisces.

These individuals are not shy, as it is often expected from Pisces. They are calmer than Gemini and not as impulsive as Gemini Moon itself could be. They have very adventurous spirit and are extremely flexible.

They are flexible in both thoughts and actions, always open to new ideas and new experiences. Their personality is rather multiplied, in metaphorical terms.

Pisces sign is represented as two fish, while Gemini is twins.

This means these people are highly adaptable to all sorts of social situations and oriented towards all sorts of things. Pisces Sun Gemini Moon are versatile, creative people.

They have no problem with multitasking and they would often choose a profession that requires artistic skills, creativity, but also a constant touch with people.

Pisces Sun Gemini Moon are cheerful, youthful and easygoing people. They are dreamers and adventurers.

They have good intentions. Gemini Moon makes them approachable and communicative; Pisces Sun makes them empathic, imaginative and compassionate.

These are people who know to listen to others and are ready to offer emotional support and a good, positive talk.

Unlike typical Pisces, these people are not bothered by problems in life, often having an extra plan in reserve.

They do not let emotions easily take them over, since possessing natural Gemini barrier to creating deep bonds with everything and everyone, which happens with Pisces a lot.

Punctuality is definitely not their best side. They tend to do things their own pace, sometimes delaying, other times rushing.

The problem is they often forget to inform others about their decisions and others are usually involved into anything these natives do, since they are sociable people.

They are good-hearted and benevolent, but tend to be very unreliable.

They could also become moody and they even change their attitude quickly, leaving others confused and annoyed.

Here we have a charming, cheerful, lovable personality who loves being in love.

This means Pisces Sun Gemini Moon would enjoy the first days of dating someone the most and they would like to keep it so for a time.

It takes time until they have decided to settle down and start a family or at least a long-term relationship that could possibly lead to something more.

They never plan such thing; in their world, it is something that simply happens.

The best partner for this restless personality is someone more stable, more down-to-earth, but not strict and reserved.

They need kind of a guiding figure by their side; someone to protect them and direct them, someone to help them focus.

It has to be a person that would astound them by their attitude, ideas or else.

It should be someone interesting and persistent enough to become the part of their world.

Pisces Sun Gemini Moon is a wonderful, likeable personality many would easily forgive lack of punctuality and inconsistence. Everything the do is well intended.

They are not obsessively compassionate as typical Pisces, but also not as reckless as Gemini could be.

They are great listeners and talkers. They like exchange and they need it so to feel emotionally complete.

These people are positive, dreamy adventurers, but also present in real life and socially open.