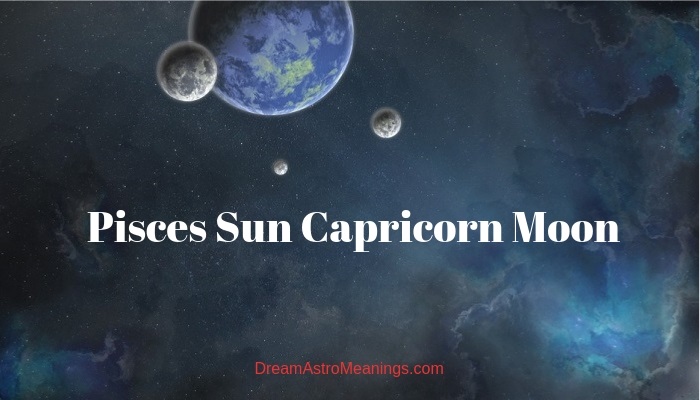 Astrology is one of the oldest paths of trying to understand the world we live in and our place within its borders.

People of significant influence relied on astrological perspective and its interpretations.

Astrologers would try to figure out what awaits a ruler in his life or what are possibilities in the times to come, regarding affairs of the realm or anything of great importance.

Scholars of the past were known to be versatile people; it was very common that one masters various different approaches and combines knowledge.

In modern world, it is true that multitasking has become popular, but it is more about the lack of time than actual dedication to different way of thinking.

In the past, a person could at the same time be a philosopher, a priest, an inventor, a mathematician and many more.

Above all, it was common also to practice astrology and/or astronomy, since the two were merged in old times.

Great examples of such figures are Johannes Kepler and Nostradamus.

Astrology is still in use today, although not many leaders consult astrologers for an advice; at least, we know nothing of it.

Astrology became a more ‘intimate’ thing; common people often turn to an astrologer in order better to understand their own personality and life. It could be interesting, but also very useful!

Astrology would not give you direct answers and prediction, as one might assume, but more of an insight into personal potentials and possibilities in life.

There are different astrological approaches and the one we talk about is Western astrology, which lies upon the principles of the Solar system.

The Sun makes for central place in it and, naturally, it represents the center of an astrological analysis.

In personalized horoscope, it represents the essence of one’s personality; his or her Ego, attitude and life energy, seen as the will for life.

The Sun has always been associated with power and creativity, especially with creative life energy. This bright star is life giving, which makes it central place in many of religious and belief systems throughout human history.

So many powerful deities of the past were associated with the Sun and sun gods were always the most admired ones. The archetype remains; the symbolism of the Sun is strong even today.

In astrology, the sun is especially important as a creative and life principle. In natal astrology, it represents personal strength, the essential strength of a character and personality.

It represents basic personality traits, being one of ‘personal planets’, along with the Moon, Mercury, Venus and Mars. The Sun is everything you represent in the world.

The Sun shapes up your conscious self; it gives you traits and temperament you are very aware of. It is something you cannot reject or hide. You should recognize your Sun given qualities, determined by your Sun sign and make the best out of it.

The Sun is a positive and progressive principle; it wants you to develop your traits in their best possible version.

Those qualities we were talking about are found in the sign the Sun sits in your birth chart. It is the sign you were born under, your native sign.

However, that is far from astrological reality; the native sign makes you who you are, but only in correlation with other signs and elements in your birth chart. It cannot be isolated.

The Sun in Pisces makes one a Pisces sign representative. It means these people all share Pisces qualities and traits, but, of course, all other elements makes each one unique. There are no ideal representatives of one native sign in reality.

Pisces sign is one of the most mysterious ones, being highly intuitive, imaginative and, above all else, deeply emotional.

They are kind, gentle, but sometimes it appears as if they are not present in this life. They enjoy exploring abstract ideas, especially those of spiritual and emotional nature. They have incredibly strong intuition and immeasurable power of empathy.

Pisces people feel the world and other people to the fullest.

They are emotionally extremely fragile and they are aware of it. Pisces’ strength lies in their great empathy, which is, at the same time, their greatest weakness.

They are compassionate and the most tolerant and understanding people. They would always be there for you, to offer comfort and solace.

Pisces are generally calm, but they could be moody and very unstable with bad aspects.

The Moon sign represents something like an emotional background of the sun sign. While the Sun is about self-awareness and rationality, the Moon is about sub-consciousness and emotionality.

The moon is a feminine principle planet, water element planet, flexible and wandering.

It is an essential element of one’s personality; it actually makes you more alive, more humanly, in a way.

There is nothing without emotions. Even those who appear stone cold and indifferent have their emotional side. Emotionality is complex; it refers to many things, not only pure empathy and compassion, although it is its major form.

The Moon sign is a channel, a shape of your emotional being. It greatly depends on other aspects.

If those are not in favor with your moon sign, it might happen your emotional energy is blocked, so you find it difficult to handle your emotions in certain situations.

We are all very different. The Moon gives us this emotional dimension, one way or another.

It is about impressions we absorb from the world around us and about the way we react in different situations and in relation with different people.

The Moon connects us with the world and other living beings on a deep, emotional and on intuitive level.

Capricorn is not a favorable sign for the emotional planet Moon. In Capricorn, its subtle energy often gets cold and restricted.

It is so, because Capricorn is one of the most analytical, purely rational, realistic and reserved signs. It does not trust emotions and always turns to raw ratio for any advice.

Capricorn is calculated, unapproachable and difficult to win over. Moon Capricorns are emotionally cold and very distant natives.

The Moon in Capricorn indicates a personality that rarely expresses emotions openly or shows any compassion and empathy.

These people are focused on making plans, organizing things, setting rules and so on.

Moon Capricorns are patient and they expect it from others. If you want to approach them, you have to be patient. Moon Capricorns are not particularly flexible; they would rather shape up the situation so that it fits their needs and make them feel comfortable than to change themselves.

They have a strong need for stability and consistence. They are tough, they work hard, believing true award comes only through difficulty.

Pisces and Capricorn are two very different signs. One is emotionally deep and rich; the other is emotionally cold and restricted. Both are introverted, though.

Pisces is introverted simply because its nature is insightful and wandering through fantastic, imaginative realms, rather than real world.

Capricorn, especially Moon Capricorn, is introverted out of the inner fear of expressing emotions.

On the other hand, Capricorn is a very strong sign and here it would play an influential role.

It would bring this Pisces native down to earth and make it more reasonable, more present, more determined, focused and efficient in practical things in life.

This could actually be a very good combination, within right aspects.

Pisces natives are generally not very punctual and responsible, because they lack the sense of the importance of it. It is exactly the opposite with Capricorn sign.

The two combined, with good aspects, make for a responsible, but not to strict personality that understands others’ causes and find it easier to accept them.

Both of the signs are introverted, in different manners. Pisces Sun Capricorn Moon is at risk of distancing him or herself from the world this way or another.

They could also become very unstable and moody, if aspects are bad, which leads to a situation in which they are torn between their strict cold logic and analytical mind and pure emotionality and hypersensitivity.

These natives would see marriage and relationship as something that is expected.

However, their emotional Pisces Sun would never allow them to make a romantic connection based on reason only.

They need true romance, but also need clear rules and principles. Traditional marriage is what they would feel the best at, with a person they deeply love.

They are loyal in a relationship and usually have one partner for life.

It always sounds a bit complicated with natives of such duality, but this is actually the most natural ‘romantic demand’.

The best match is someone reasonable, but emotional.

These natives need a trustworthy and gentle partner, ready to share the whole life with them.

Pisces Sun Capricorn Moon are natives of dual personality, in terms of clearly distinguished emotional and rational self.

However, good aspects merge the two into delightful combination, which makes these people reasonable, with both feet on the ground, but still romantic and emotional.

They are tolerant, but know their limits. Pisces Sun Capricorn Moon are responsible and loyal people and, at the same time, kind and emotionally deep.