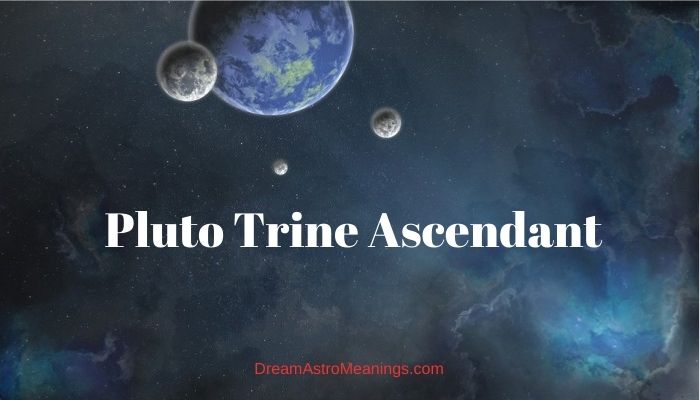 Promote an excellent understanding of themselves and others, due to which they are able to make valuable connections and influence the social environment on a large scale. They concentrate perfectly, are hardy and assertive. They are able to act decisively both alone and at the same time with others.

Their strength and self-confidence give them the trust of others and encourage cooperation. They have a powerful influence on the environment, being born leaders and organizers.

In cooperation, they are able to expand both their own consciousness and that of a partner.

They willingly take part in any friendly and business relationship, many of which have a profound impact on their lives. They attract others with their positivity of actions and the power of reason.

They are inquisitive, psychological, eager to learn as much as possible about people. They take life seriously, strive to bring useful novelty into it, and are good leaders.

If they have already made a decision, they are not inclined to change it in the future. They strive to change their environment for the better, which they do well. Neighbors often turn to them for advice and lessons, which is rarely disappointed.

Ability to concentrate, subtle perception, and clairvoyance, strong will. The ability to increase your level of expression by changing cooperation, hence the partner has a more intense consciousness.

Strength and self-confidence builds trust, stimulates collaboration. Leaders and organizers. They make discoveries, plan projects, and invent the best working methods. They have a dynamic influence on the environment. (Pluto trine the Ascendant).

In astronomy, Pluto has been stripped of its planetary status since 2006, but astrologers continue to position it that way.

Pluto in astrology Pluto is closely related to the unconscious. He is responsible for the most secret places of the human psyche and the potential that is inherent in nature. The soul, spiritual life and death are under the dominion of this planet.

Pluto in the horoscope fights against personality vices that hinder development. It destroys anger and hatred, greed, envy and jealousy. It stimulates a person to achieve emotional and spiritual balance, to re-educate the destructive qualities of character and strive for self-development.

Pluto is pushing for change. Under its influence, a person’s personality grows above itself and strives for perfection. And resistance to this natural process only leads to devastation.

Astrologers attribute to Pluto a connection with the physical essence of love. A person can fall into the power of his desires, which makes it difficult to control the situation.

Also, the fear of death is associated with the subconscious, which is controlled by this planet. Fear of the unknown can take over the thoughts, which leads to depression. However, if you listen to your inner voice and feelings, then you can get rid of it.

Pluto pushes you to learn to hear your hidden voice. It is better for a person to clearly understand his motives, to be aware of his desires, so that he is satisfied with the result of the work done. Old shackles should be thrown off in time, and the behavior model should be changed depending on the specific situation.

Pluto in the horoscope is responsible for the ease with which it is worth getting rid of memories. People under the auspices of this planet quickly get rid of attachments, ended relationships and experienced emotions.

It is natural for such people to always have a supply of additional resources in order to cope with the past and become wiser.

The god, after whom the planet Pluto is named, in ancient Roman mythology was the ruler of the underworld. He had a helmet with which he became invisible and went out into the human world. He was associated with the processes of death and rebirth, abundance and prosperity.

In mythology, Pluto erased treasures, the secret of which is not known to anyone. It is along this line that the associations of Pluto’s influence in astrology are built. Having solved the secrets of the subconscious, you can gain wealth and self-sufficiency of the individual.

Falling under the influence of the planet Pluto, a person feels some kind of hardship not of his own free will. His life is changing, moving or changing activities are possible. These changes affect areas of life that seemed stable.

What is lost that was impossible to do without. This difficult and painful process is difficult for a person, but it leads to a pleasant result. The difficult path ends with complete satisfaction, a happy ending and long-awaited happiness. This path does not pass without leaving a trace, it leaves an imprint of wisdom and a clear understanding of life values.

Pluto in astrology has a positive effect on a person’s personality. He develops wisdom, self-knowledge. Constant introspection leads to the disclosure of the most intimate secrets of life, helps to find the key to success. This understanding helps to put your life in order, achieve well-deserved heights and find happiness.

People who have fallen under the influence of Pluto often become rulers and officials. In the character of such a person, qualities that were not characteristic of earlier are developed, such as rigidity, dictatorship, the ability to step over the opinions and desires of other people.

In ancient times, it was believed that Pluto is capable of causing a destructive natural disaster or catastrophe, accumulating energy that people could not spend.

By analogy, astrologers believe that a person who has fallen under the rule of Pluto should not resist the changes that occur to him. The correct management of their own energy will lead them to a successful outcome.

In general, Pluto is a very controversial figure in astrology. The possibilities it gives are endless. They are aimed only at improving the quality of life, personal development. But his methods are brutal and uncompromising.

It can be difficult for a person to cope with such drastic changes that Pluto undergoes. Overnight, you can lose everything that was the foundation of life before, and at the same time it is important not to break spiritually and correspond to the situation.

Pluto is the subject of controversy among astronomers and astrologers alike. Its orbit is complex and impossible to calculate: it goes very far in aphelion and comes almost within the orbit of Pluto at perihelion.

These and some other features lead some astronomers to assume that Pluto is not a planet, but a former satellite of Neptune, which broke away from its mother planet when it lost its gravitational mass due to evaporation in the early stages of history.

Pluto’s middle name is Hades, the dark and gloomy haven of the dead. This strange little planet moves alone along the edge of the realm of the Sun, cut off from its fellows, lifeless and lonely, and represents the world of a ghostly half-light.

Could such a small wanderer along the edge of the solar system have any significant impact on the life of the Earth? Leading astrologers unanimously answer in the affirmative. For example, it is said that World War II broke out as a result of Pluto’s entry into the constellation Leo (1937). There is a theory that Pluto is associated with violence and fearsome power, during the Great Stagnation.

It is believed that Pluto is a planet of extremes, can lift us to the heights of success and happiness and throw us into the abyss of despair. He is the cause of all the wars, terrorist attacks, kidnapping and great coups of the last 40 years. Key words characterizing Pluto: transformation, extermination, renewal, death, rebirth, violence.

There is insufficient data on the psychological influence of Pluto to provide a detailed and reliable guide to astrological diagnosis. Most of the published materials on the pathogenic influence of Pluto are more likely guesses of well-trained predictors and perceptions of psychics than systematized facts.

Not too reliable sources claim that Pluto controls nucleic acids, namely DNA and RNA, which regulate the composition of enzymes in the body and are used in experimental rejuvenation diets. According to this theory, Pluto, being in an unfavorable position, can create “wrong” acid molecules, causing premature aging or degenerative diseases.

Regardless of whether or not this proposition holds true, there is empirical evidence that disadvantaged Pluto does play a role in aging, arterial sclerosis, arthritis, chronic acidosis, senile memory impairment, and limitation of interests.

Pluto – astronomically 10 planet of the solar system, was discovered on January 21, 1933. Its circulation time is 247 years and 7 months. It corresponds to a 15th magnitude star in luminosity, and can only be observed with very strong telescopes. It is smaller in diameter than the Earth – up to 65,000 km.

In the Avesta, Pluto corresponds to Yima (Yama, Yam, Jam, Jamshid, Jamshid, Jamshed), mentioned, in particular, in the book “Videvdat”, he is the god of the underworld. This is the first good king, the first person to receive Hvarna (good mark).

Yima was given the opportunity to show her free choice. He expands the earth, makes an invulnerable space on earth – Varu, inaccessible neither for storms, nor for planetary constellations, nor for global floods. Getting into the closed space of Vara, any person felt himself in a gigantic world as in the immobile center of a cyclone.

Pluto in the natal map is the ruler of the kingdom. This planet symbolizes a very powerful undeveloped energy. It imitates the control of emotions, physical and mental plans, uncontrolled agitation, sexual energy, crushing, and radiation. This is a higher volitional manifestation. Responsible for hidden intentions, maintenance, preservation.

At the same time, it is capable of reconstruction, positive changes, recovery and rehabilitation, ability to incubation and recovery of firefighting. Patron Scorpion. Has an undesirable relation to the frame. The meaning of Pluto in the natal map by monitoring the world under the earth, this planet represents everything that is suspicious.

This is the largest energy reserve, hidden in the depths of the earth (Pluto is considered to be the god of the earthworm). Shows power in sexual relations, in physical and emotional confrontation. Poor control leads to damage, radiation and radiation. He is driven by a higher will. It always stands behind the back spying, food and double meanings.

But also influences on reproduction, transmission, rehabilitation and recovery. Energy, albeit Phoenix, arises from the pax and revives everything around. Responsible for the hospital debt and manages the Scorpio.

Its purpose is to reveal hidden motives hidden even deep in suspicion. Has the power of atomic energy, processes of manifestation to light and death.

It is present when solving individual and group problems. In the mind’s plan, it is manifested in the form of permeability, deep immersion, solving difficult questions.

Emotions are dominated by spitefulness, suspicion, anticipation of threats from the side and fatalism.

It has not been established whether Pluto is the “ruler” in the constellation Scorpio or Aries.

On the one hand, Scorpio is more a sign of death and regeneration than death and transformation, like Pluto.

On the other hand, there is evidence that Pluto’s adverse effects are most pronounced in Scorpio.

Due to it’s extremely slow motion compared to the planets closer to the Sun, the passage of Pluto through one zodiac sign can take from 13 to 32 years.

Consequently, his influence covers an entire generation rather than an individual, which must be taken into account when describing a horoscope.