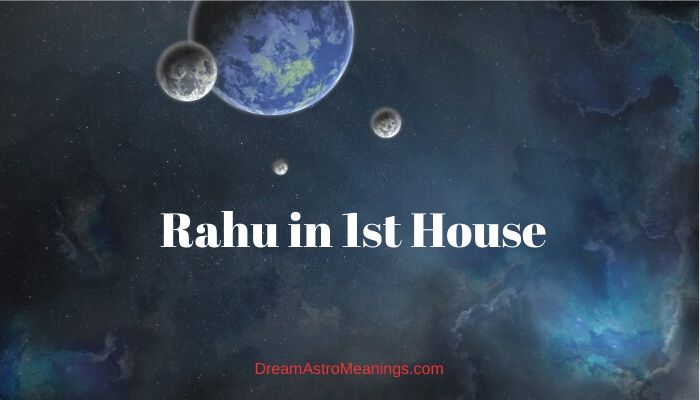 Vedic or Hindu astrology’s origin is in ancient India; Hindu astrology is documented in the Vedic scriptures. Astrology analyses the effects of the planets on human lives.

To practice astrology, astrologers need to know the positions of the planets in a certain moment of time.

By determining the positions of the planets, they can create the charts with these planetary positions. Hindu astrology is mainly used to understand personality and karma of humans.

The main idea behind Hindu astrology is that everything is predestined. People are born (incarnated) in this life at predestined moment in time.

The chart of the planets created for the moment of person’s birth is the birth or natal chart.

By analyzing the positions of the planets and the connections between them, the astrologer can determine a lot about someone’s personality. The most important is their sign and house placement.

The birth chart contains 12 houses. Houses with planets are the most important and give the most information. They are influenced by the planets inside. Houses of the chart rule various areas in our life.

The houses number 1, 4, 7 and 10 are the most important houses, and are called angular or cardinal houses (Kendra); the following houses 2, 5, 8, and 11 are called succedent or fixed houses (Panapara); and the last group are the houses 3, 6, 9 and 12 houses called cadent or mutable (Apoklima).

There is also the division of houses on trinities such as:

In Hinduism, Rahu is depicted as the snake swallowing the Sun or Moon thus causing eclipses.

In art Rahu is often depicted as a dragon without a body riding a chariot which is drawn by eight black horses. Rahu is considered a planet in Vedic (Hindu) astrology even although it doesn’t actually exist.

Rahu is a shadow planet. It represents Moon’s north node, or the point of intersection of the Sun and Moon’s paths. In Hindu mythology, Rahu is the head of the dragon. This is considered a rebellious planet defying the society norms. Rahu despises authority.

The main traits of Rahu are deception, secrecy and naughtiness. This planet disrespects rules. It is considered the dark side of humans.

In positive meaning, Rahu can give the person fame, popularity, especially in politics, position in the government and authority.

Rahu rules the fulfillment of desires and our materialistic goals. The sign and house where it is placed describe these areas in detail.

For example, Rahu in Sagittarius creates a person with a strong desire for traveling, often motivated by spiritual reasons. Rahu in Scorpio is very passionate and in pursuit to fulfill the desires of the flesh.

The placement of Rahu also describes the manipulative side of one’s personality and the way they act when they are manipulating someone. The sign where Rahu is placed describes the approach the person uses in these situations.

For example, a person with Rahu in Aries would try to forcefully manipulate someone to do something.

Rahu also describes the ways a person seeks fame and recognition. The Rahu in Scorpio person would try to gain recognition and fame through their passionate and desirable nature.

Because Rahu rules addictions, its placement in signs can describe the possible addictions one might succumb to.

The ascendant is the degree of a particular sign rising on the East horizon at the time of someone’s birth. From the degree of the Ascendant, the chart is divided into 12 equal houses.

In Hindu (Vedic) astrology, the first house is the most significant, and it represents the beginning of life. It is the house of new beginnings and the early surroundings of the person. The part of the body corresponding to this house is the head.

The first house rules our personality and personal goals and desires. It reveals the person’s individuality and uniqueness. This house rules our temperament, physical appearance, identity, character, personal strength and weaknesses, health and physical constitution.

The planets placed in this house give additional insight about these subjects, alongside the Ascendant sign. The first house reveals how the person is perceived by the surroundings.

Because of the areas it rules over, in Hindu (Vedic) astrology, the 1st house is named “Tanu bhava”. Tanu bhava means “the house of the body”.

The first house can reveal the person’s choices and possible future events. The Ascendant sign shows the image we present to others in most cases. It also describes our physical appearance.

The sign on our Ascendant also reveals the way we start new things. It shows how we choose to behave. If there are planets in the 1st house, their energy and attributes are added to the attributes of the Ascendant sign.

The person will embody these traits and they will be visible to the observers who encounter this person.

The person with Rahu in their 1st house might have a large head and wide proportional face.

Rahu in first house makes these people very brave and prone to taking risks without thinking about potential consequences. They can be prone to arguments and it is not easy to debate or argue with them.

These people are very analytical and possess a sharp mind which helps them achieve what they want and conquer their enemies. They love to eat luxurious food and luxury in general. They might experience oscillations between wealth and losses.

People with their Rahu in 1st house love the pleasures of life, especially physical pleasures. They also don’t like any kind of restrictions, especially in personal relationships.

These people wouldn’t hesitate abandoning their partner if they represent a burden or an obstacle to their desires. They want to enjoy life and they won’t allow anyone prevent them in doing so.

These people can be very selfish and self-centered. They think about themselves first and they are their own most important priority. They are very egocentric. They have a strong desire to be successful and wealthy, and this helps them rise both in status and wealth.

Other people’s problems don’t interest them much, especially if they happen to stand in the way of their plans. They can be incredibly insensitive towards other people’s misery.

With their Rahu in first house these people can be prone to dishonest behavior and cheating in their relationships. This position is often related to unsatisfying love life. It might be an indication of frequent change of partners. They are not tolerant and uncooperative.

These people have a dominant nature and want to be the ones to be asked about everything in their marriage or relationships; this is why they often come into conflicts with their partners.

To the outside world they might pretend that all is well in their private life but that is usually a façade.

The position of Rahu in first house can give the person unexpected wealth. The person is very intelligent and possesses a sharp mind. This person often has fiery temper and is prone to outbursts of anger.

They can achieve substantial success in their chosen career and often come to leadership positions. They enjoy giving orders to others, but they are lousy followers because they dislike authorities.

The beginning of their life might be filled with difficulties and obstacles which the person will overcome and that will help them build the necessary strength and endurance to face other life’s challenges and achieve the goals they have.

They usually possess a materialistic nature and crave to gain as much as possible material possessions.

If they are unable to gain their own wealth they won’t hesitate using others and profiting from their wealth. Usually the second part of their life is happier and filled with accomplishments.

The person with Rahu in 1st house might be overly consumed with his value and believe that they are always right. They cannot stand anyone criticizing them and they react abruptly to any such attempts.

These people are very selfish and self-consumed. They are very competitive and won’t rest until they achieve the success they aspire towards.

If Rahu is afflicted in the first house it can be the cause of illness, especially related to the head and upper body parts. This is often a sign of a weak body constitution.

Although these individuals possess many negative and irritating traits, they can be quite innovative and introduce new concepts and ideas about doing things that many people will benefit from.

They are prone to breaking the society norms and act as if they are better than others. They can possess megalomaniac tendencies.

These people always expect and demand the best for themselves. They want others to admire them.

They might also be focused on achieving fame and popularity in this lifetime. This might become one of their primary drives. They might become so obsessed with these goals that they won’t hesitate doing some bad things and manipulations.

For this position of Rahu it might be indicative that the person might become a drug or alcohol addict, especially if it is in bad aspects with other planets.

If there isn’t some other beneficial influence to neutralize the negativity of Rahu in first house, the person might also be prone to suffering from personality disorders.

With this position in their natal chart, people might be very obsessed with unfulfilled desires from their past lives. They might be focused to accomplish something regardless of all obstacles they might encounter.

The person might have obsessive behavior because Rahu is also the ruler of obsessions, illusions, and desires. Sometimes this position of Rahu might make the person prone to criminal activities.

Rahu influence is generally negative which is why it should be treated with great precaution because it might lead a person to some path from which there is no return.

Rahu in 1st house is not a beneficial position. It makes the person greedy for fame and money, and prone to doing all kinds of bad things to gain them.

These people might be obsessed with success and achievement of their goals and they might go after them without taking other people and their needs and desires into account.

These people are very self-centered, selfish and egotistical. Everything and everyone has to be focused on their needs and desires.

Their nature is dominant and controlling and they don’t let anyone telling them what they should do. They are the ones doing that.

They despise authorities and often break society rules. They enjoy doing things differently and that can actually be useful because by discovering new paths they ease the way of doing things to other people.

These people have bad temper and can be prone to arguments and conflicts which they usually end up winning.

People with Rahu in first house have unfaithful nature and are prone to changing partners. Their behavior is often a cause of conflicts and breakups. They are intolerant and don’t want to make compromises.