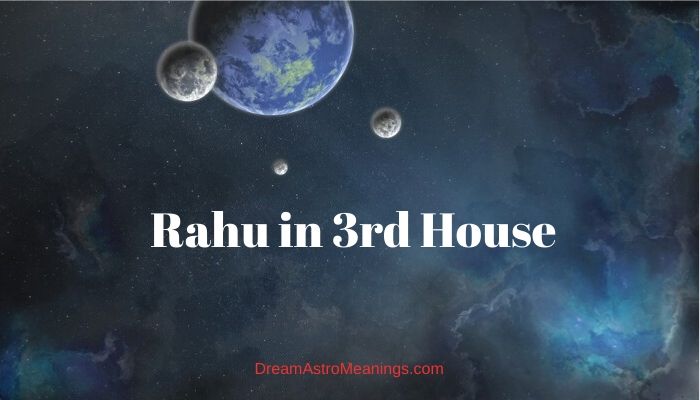 Vedic or Hindu astrology has its origin in ancient India. It is similar to Western astrology, analyzing the influence of planets on human lives.

The practice of astrology requires knowledge of the planetary positions and their meanings and knowledge of calculating their exact positions in a desired moment of time.

The planets are placed in a natal chart which is created for that particular moment.

Indian astrology is founded on an idea that all our lives and experiences are predestined, and we are all incarnated in this life in a certain predestined moment of time. Hindu astrology analyzes the planets in the birth chart of a person to determine their karma and personal traits.

Although birth charts are usually made for the moment when someone is born, charts of planetary positions can be made for determining other things, such as foretelling mundane events, etc.

Analyzing an individual chart usually means analyzing the planets and the signs they’re placed in, and the relationships between the planets.

These analyses give the astrologer enough insights about someone’s destiny and personal traits. The focus is mostly given on the signs and houses where the planets are placed.

Hindu astrology has 12 houses, like Western astrology. The houses which have planets inside give the most information about the person and their focus of interest as well as the destiny they are likely to encounter. The planets strongly influence the house where they are placed.

Houses of the natal chart rule various areas of our lives, like our personality traits, our appearance, physical condition and health, our attitude, our ancestors, family members, parents, children, brothers and sisters, our relationships with them and with other people, our romantic relationships and marriage, social life, travels, finances, etc.

Another division of the houses in the natal chart is:

In Hindu mythology, Rahu is often represented in a form of a snake or a dragon swallowing the Sun, which causes the eclipses of the sun. Rahu is the north node of the Moon and in Hindu astrology it is considered a planet.

This is not an actual body and along with Ketu represents the points of intersection of the Sun and Moon paths. Ketu is considered the south lunar node.

When the Sun or the Moon are on one of these points eclipses occur.

Rahu has rebellious nature and its tendency is to oppose society norm and any kind of authority. Rahu’s traits are deception, secrecy, manipulation, deception and general naughtiness. It is the dark side of the personality.

In some cases, Rahu gives fame to people, especially those who are in the field of politics. It also gives people position in the government or some other kind of authority.

Rahu is the ruler of materialism and our materialistic goals and desires. It also rules our desires and their fulfillment. These desires are revealed by the sign where Rahu is placed.

The areas ruled by this sign are usually the ones to which these desires are related.

For example, if someone has Rahu in Cancer, this could give the person an obsessive desire to have children and be a parent; someone who has Rahu in Scorpio might be overwhelmed with the desires of the flesh and spend most of the time in pursuit of fulfillment of their carnal desires.

Rahu placed in a certain sign of the Zodiac, reveals the manipulative side of our personality, and the actions we are prone to taking when we are manipulating others into doing what we want.

For example, a person with their Rahu in Cancer might use emotional manipulation and even blackmail to make someone fulfill their desire.

They might act incapable or pretend they are weak so that someone would feel sorry for them and do anything to please them. They might try to provoke sympathy of others to get what they want.

The sign of Rahu might also reveal the way an individual seeks recognition for their deeds and actions, or the things they would do to try to become famous and popular.

Rahu is considered the planet of addictions and its placement in a certain sign could describe the type of addiction the person might be prone to.

The third house in Hindu astrology, similar to Western astrology, rules travel, communication, our siblings, interests, intelligence, habits and our inclinations in life.

The third house and the planets inside reveal the mental and creative abilities of a person.

It also rules all kinds of communication between people. This house shows how an individual shares their thoughts with others and how they communicate with them.

The 3rd house describes the communication of the person with their younger brothers or sisters as well as with their neighbors. This house also reveals the person’s level of intelligence. It reveals what approach the person uses to form mental connections to people.

It rules our expression and if there are some good planets placed there, this could make the person become successful dancer, artist, writer, etc.

This house reveals how the person uses their intelligence and mental skills to form bonds with their siblings as well as to connect to their nearest surroundings. This house also rules short-distance trips and local tours. These trips might be by cars, bus, railway, trams, etc.

It is the house of our early education. The sign corresponding to this house is Gemini. The body parts which are ruled by the third house are the hands, arms, shoulders, lungs, upper chest, ears, collarbone, and the breathing canal.

This house often indicates changes of the place of residence and movement. Malefic planets in the third house might cause illnesses related to the body parts ruled by the third house.

This house reveals whether the person has courage or not, and planets placed inside this house could give additional information on the subject.

When Rahu is found in the 3rd house of the natal chart, this is usually a good sign for the individual. This is often a sign of success in all endeavors.

People with their Rahu in 3rd house are good mediators and capable of resolving disputes between others.

These people are good at talking their way out of things, not letting people realize that they just want to escape without doing anything nor helping anyone. They are smooth talkers and capable of fooling people into thinking what the Rahu person wants them to think.

When it comes to their close family members and close friends these people won’t hesitate to help and do what they can to protect them.

They can be interested in spirituality and matters related to religion. They want to expand their knowledge on the subject and look for answers on the subjects of their interest. They don’t have a blind faith but look for facts to prove the value of the information they gain.

History and religion are the areas of their interest and they often possess admirable knowledge on these subjects. They read ancient books and do whatever it takes to expand their knowledge.

The third house is the ruler of transportation, and vehicles, and people with Rahu n third house often possess more than one vehicle; the main reason is the fact that they want to brag about it.

Even though they are spiritual and often very religious, they desire to acquire wealth and luxury items, and cars are just one of them.

They also enjoy bragging about the amount of wealth they possess. They are prone to making short trips to exotic destinations.

A good thing about Rahu in third house is the fact that these people don’t spend money they don’t have. They borrow money only in emergency situations and they don’t rest until their debts are repaid. They are trustworthy with money.

People with Rahu in 3rd house desire to spread their thoughts on things and they do it in various forms, either written or spoken, or in some way broadcasted form.

They are often in the field of literature, publishing, traveling records, media, translation, mediation, translation, etc. If Rahu is afflicted they might use manipulation and publish fake news or information for their gain.

People with Rahu in third house often possess psychic powers and heightened intuition and they are able to read other people’s minds. They can use these skills to get the information they want and/or need even if that means invading someone’s privacy.

Rahu in 3rd house is generally considered a beneficial placement, unless Rahu is severely afflicted.

This position usually makes the person very communicative and intelligent. They tend to express their opinions on different matters through various forms of communication, such as written, spoken, broadcasted, telepathic, etc.

These people often have psychic gifts and are able to read other people’s minds.

They can be very religious and interested in subjects such as history and religion and have much knowledge on these subjects always in a quest to expand this knowledge more.

These people also love wealth and love to brag about their possessions. They are not very helpful to their surroundings but they are protective and caring towards their close friends and relatives.

These people have excellent skills of mediating between people, helping them resolve their disputes. They can be very manipulative and skillfully make others do what they want without them realizing that they are being played by the Rahu person.

They are usually good with money and avoid borrowing it. If they are forced to borrow money they return it as quickly as possible.