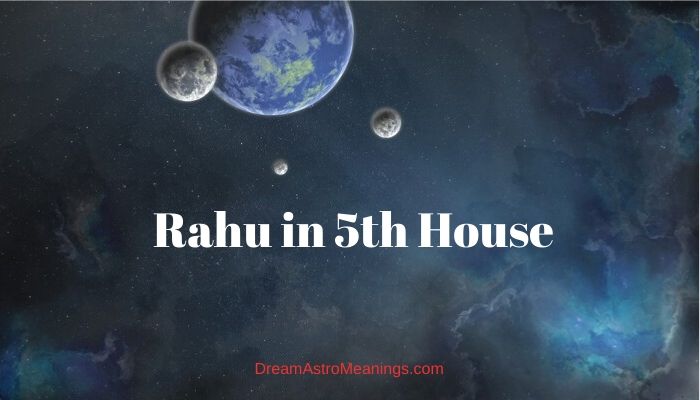 To practice astrology it is necessary to have a thorough knowledge of this study.

The analysis starts with a birth chart. In the earlier days the calculation of planetary positions and creation of the birth chart required a lot of knowledge and took a bit of time; nowadays, it only takes a few seconds after enrolling the necessary data into a computer program.

The analysis of the chart does take time and still requires a lot of knowledge and experience to give accurate predictions and information about the subject of analysis.

The birth chart is made for a specific moment of time, which in most cases, is the moment of someone’s birth. The planetary positions in that moment are placed within the chart, which can then be analyzed.

Hindu astrology stands on the idea that lives and our experiences are all predestined; we are incarnated into this life in a predestined moment so we could experience all that we are supposed to during our lifetime.

The astrologer analyses the birth chart of a person to determine both their personality and their destiny in this lifetime.

The analysis consists of analyzing the planets in signs and placed in the houses of the chart.

It also consists of analyzing the relationships between the planets. Even though there are more complex forms of astrology analysis, these basic ones are sufficient to give information about someone’s personality and likely destiny.

Like in Western astrology, in Hindu astrology there are also 12 houses in the birth chart.

Those with planets inside are the significant ones in the analysis; they reveal the person’s focus and areas where most action is likely to take place during the person’s lifetime. The planets inside the houses have a strong influence on the areas ruled by these houses.

The houses can be divided into trinities:

Houses can be divided in three groups as well:

Rahu is not a planet, but in Hindu astrology it is considered one. In Hindu mythology, Rahu is presented as a snake or dragon swallowing the Sun; according to the belief, this action causes the eclipses of the Sun.

Rahu is the north lunar node, and together with Ketu represents the points of intersection of the Sun and Moon paths; when the Sun or the Moon come to one of these points eclipses happen. Rahu and Ketu are not actual bodies, but imaginary points. Ketu is the south lunar node.

Its nature is rebellious and inspires opposition to society norms and authorities.

Rahu can give some people authority and fame, especially to those who are involved in the field of politics and government institutions. It can also give authority to people in some other areas.

Rahu is ruling materialistic goals and desires. It is the ruler of people’s desires and the fulfillment of these desires. The nature of these desires can be revealed by analyzing the sign of Rahu in the natal chart. The desires are usually focused on the areas ruled by that sign.

For example, if someone’s Rahu is in the sign Leo, the person might be focused on gaining wealth and climbing the ladder of success. The person might stop at nothing to accomplish their desires to be successful and wealthy.

People with their Rahu in Cancer might be obsessive about having children and being a parent.

Rahu is the ruler of manipulation and deception. The placement of Rahu in different signs of the Zodiac reveals how the person uses their manipulative side of personality to gain what they desire.

The sign describes what actions the person undertakes when they want to make someone please them or fulfill their desires.

For example, someone with their Rahu in Pisces might be very manipulative and deceptive, using lies and covering the truth to get what they want. People with Rahu in Cancer might use emotional manipulation and blackmail to make others do what they want.

By putting on a mask of incompetence they might try to make others feel sorry for them and provoke sympathy for their desires.

Rahu is also the ruler of recognition and fame. The sign where it is placed might show how the person seeks to be recognized and praised for their actions and accomplishments. This sign might also reveal what actions the person might take to become popular and famous.

Rahu’s sign might also reveal the person’s addictions and the type of addiction they could be prone to.

The fifth house in Hindu astrology rules pleasures and things that make us feel good. It is also the house of our creative endeavors and creative activities which make us feel happy when we do them; this is the house of creative self-expression, which brings us pleasure.

The fifth house is the house of creation, innovation, our ability to invent new things, create new things and reorganize old concepts. It shows whether a person is capable of doing things in a new way.

This is the house of all kinds of creative expressions especially writing and art. It is believed that artistic and creative abilities are a result of good karma and these abilities can be seen in the fifth house.

In Hindu astrology, the fifth house is called Putr Bhava. The fifth is the house of innovations that we introduce in our life and it shows the way we tend to express ourselves.

This house reveals what makes us personal pleasure and our sociability. This house shows what kind of creative endeavors give us emotional satisfaction.

There we can discover the entertainment we usually seek, the best recreation, games, as well as our romantic affairs.

The 5th house rules our romantic relationships, and shows our attitude towards dating. It reveals whether we rather choose lasting and stable relationships or we are prone to romantic short-term affairs, and changing partners.

It can show whether the person is prone to cheating and having extramarital affairs and immoral relationships, or illegitimate children.

This house also reveals whether we are passionate, through the planets placed inside and the planet ruler of the 5th house.

The fifth house can also reveal the analytical skills of a person, their mental intelligence and rationality. This house reveals whether the person has a chance of higher education, and spiritual inclinations.

This is also the house of good fortune and games of chance and reveals whether the person is prone to taking risk in investment or even gambling.

This house rules all activities which are dependent on luck, such as investing in shares, gambling, bets on racing, playing the lottery, visiting casinos, playing cards, all kinds of bets, sudden gains, etc.

This is the house corresponding to the sign Leo. The parts of the body that are ruled by this house are the heart, stomach, back (upper and middle), the spine, and pancreas.

Rahu placed in the fifth house is usually not a bad sign. People with Rahu in 5th house are good leaders and often possess excellent managerial skills. It is likely that this individual will have a highly developed ego. They begin developing their egocentricity from an early age.

This trait of theirs must be noticed on time and neutralized if possible because it might make the person overly confident causing them to rely on their confidence without putting any effort in gaining knowledge or other skills; this attitude might cause these individuals to fail at their tasks, especially regarding their studies and education.

They might be more interested in making excuses for their failures and occupied with playing games than with studying.

Women with Rahu in fifth house should be wary during their pregnancy because there might be a chance of miscarriage. Also, there is a chance of some minor problems during childbirth.

If Jupiter is placed in the fifth house alongside Rahu, this will be a strong neutralizing factor of such possibilities to occur.

People with Rahu in fifth house might be a bit reckless with their spending habits and are prone to diminish their profits.

According to some texts, Rahu in the fifth house might be related to some karmic debts of the person especially regarding their love life and children.

Rahu in 5th house might make the person prone to frequent changes in emotions and unpredictable behavior. This person might be considered eccentric and in some cases foolish by their surroundings.

If Rahu is afflicted in the fifth house it might cause the person issues in the areas of body ruled by the fifth house; these are often heart issues or chest pains, but they might be other 5th house related ailments.

Because the fifth is the house of love affairs, Rahu placed in this house might cause the person problems in their love lives or having unconventional love affairs.

They might also crave for some kind of recognition and fame. They often desire to be in the center of attention. They might also behave in a dramatic and eccentric ways, desiring to draw people’s attention on them.

This placement of Rahu might be very dangerous because it might make the person prone to addictions such as gambling and playing games of chance, trying to gain easy money. This could often backfire at them, causing their bankruptcy.

Rahu in fifth house has influence on matters related to the fifth house, mostly love affairs, children and health.

The position of Rahu in this house often causes problems in relationships and bad choice of partners, extramarital affairs, and changing partners. It can be the cause of issues with their children or indicating that the children might be illegitimate or adopted.

Rahu in the fifth house might cause problems with the person’s heart and other 5th house related body parts.

Sometimes this person is reckless with their money, especially because of their tendency towards gambling and games of chance.