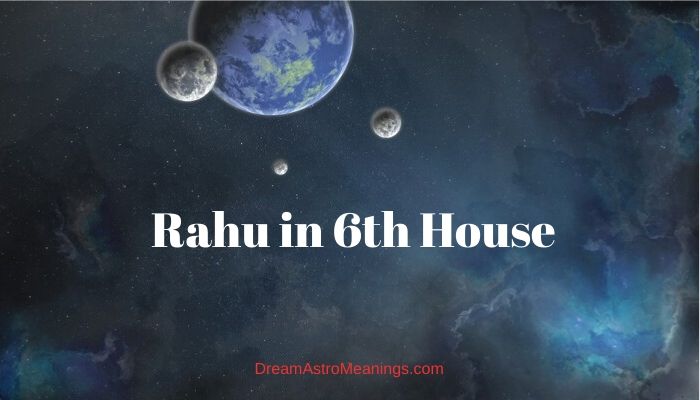 The origins of Vedic (Hindu) astrology are in ancient India. Vedic astrology resembles Western astrology in some ways; it also analyzes the planetary positions and their influence on human lives and their destiny. The practice of astrology requires a lot of knowledge and experience.

The analysis requires a birth chart which takes great knowledge to calculate; luckily these days the calculations are done by computers and not by hand; all it takes is feeding the computer program with the necessary data and getting a chart done is a matter of seconds.

The astrologer analyzes the planets’ positions in signs and houses as well as the relationships they make between them. The birth chart is the beginning of every astrology analysis.

It is created usually for the moment of someone’s birth; it contains 12 houses and planetary positions in that moment which are placed inside. The most significant are the houses which have planets inside.

Vedic astrology is based on the idea that we are all incarnated in this life in a predestined moment of time to fulfill our destiny and that all our experiences are already predestined.

Astrologers analyze people’s birth charts to determine both their personality and their possible destiny in this life. The basic analysis of planets in signs, houses and aspects can give the astrologer a lot of insight about these subjects.

Vedic astrology, like Western astrology has 12 houses in the natal charts.

The houses containing the planets are the most important for the astrology analysis because they reveal where the focus of the person is in this lifetime and where the most of their actions and events are likely to take place.

The planets which are placed in the houses impact strongly these houses and the areas they rule with their energy.

Every house in the natal chart has different areas of rulership.

The houses in the chart rule various areas related to our personality and life, such as: our personal appearance and attitude, our personality traits, health and physical condition, our family members, children, siblings, parents, ancestors, education, social life, relationships and marriage, finances, travel, etc.

There are four trinities of houses in Vedic astrology:

There is also a division of the houses in three groups:

In Vedic astrology, Rahu is considered a planet, even though it is an imaginary point. In Hindu mythology, Rahu is represented as a dragon or serpent swallowing the Sun and that causes the eclipse of the Sun.

Rahu’s reputation is generally bad; it is a shadow planet with rebellious nature prone to opposing conventions and authorities.

To some people, Rahu can bring fame and popularity; usually to people in politics and government. It gives authority to people and makes them influential.

Rahu is the ruler of people’s material goals and desires. The sign where Rahu is in the natal chart reveals where these material goals are usually focused, and what they actually are.

The sign of Rahu can reveal the person’s material desires and whether they have a chance of getting them fulfilled.

Rahu placed in a certain sign of the Zodiac can show us the ways someone tends to manipulate others into doing something the Rahu person desires.

The sign shows the attitude which the person most likely uses when they want to manipulate and deceive someone.

For example, the Rahu in Cancer person might pretend they are weak and incapable, using emotional manipulation to influence others do what they desire; their goal is to provoke pity and compassion in people which will inspire them to accomplish the Rahu person’s desires. People with Rahu in Pisces might use lies and other deceptions to get what they desire.

The sign of Rahu could show what the possible addictions of the person might be. For example, if it is placed in Pisces, it might indicate a person who is prone to drugs and alcohol addiction.

This sign might describe the possible actions and behavior an individual might undertake to become famous and popular and receive recognition for their actions and deeds.

In Vedic astrology, the sixth house is related to the person’s wellbeing and health, similar to Western astrology.

This house shows the person’s state of health but also their ability to maintain their health and wellbeing through the actions they take. It shows how the person deals with their problems and fears and what they usually do to overcome them.

The sixth house reveals the person’s ability to deal with the obstacles they encounter and protect themselves from harm.

This house is also the house of services and our work. The sixth house reveals the lessons one learns from serving others. It reveals the areas where we are supposed to serve someone or whether someone is serving us.

This house also reveals the work we do, or we should do; the sixth is also the house of our employees and people whose lives depend upon us.

The sixth house rules our ability for hard work and our physical strength. It is the house of obstacles, difficulties, debts, and enemies; the house and the planets placed inside reveal our ability to deal with these issues and overcome them. This is also the house of doctors, policemen and military officers.

The 6th shows what we tend to eat and reveals our diet, our daily routine and lifestyle, and all the details which affect our health and wellbeing.

The sixth house is named Shatru Bhava in Hindu; the sign it corresponds to is Virgo. This house rules the intestines, stomach and digestive tract.

The sixth house reveals the relationships with coworkers as well as relatives from the mother’s side. It is the house of conflicts, litigation and disputes you can get involved in and your capacity to deal with them.

This house reveals your capacity to put in the effort and be self-disciplined to provide a better financial situation for yourself.

Also this house reveals your sinful behavior. The ruler of the sixth house and the planets placed inside reveal the areas of life where you are likely to experience challenges and misfortunes which you need to work hard to get rid of.

If Rahu is well-aspected in the sixth house, the person will likely be able to heal from illness quickly, but there is a chance that their illness might recur. It is helpful if the Sun, Saturn or Mars are conjunct Rahu in sixth house.

These people have a robust built and strength and are able to overcome any difficulty and defeat their enemies. They often enjoy spending money on their clothes. These people are intelligent and brave capable of fighting their fears and getting rid of them successfully.

People with Rahu in their sixth house usually accomplish their work tasks without much effort. They don’t allow themselves to become burdened by anything and tend to live a carefree and relaxed life. They have the same approach at work as well.

They don’t stress over any situation. Their calm approach helps them overcome all their obstacles and difficulties with ease and successfully. They have enthusiastic personalities.

If Venus and Rahu are in the 6th house, this might make the person prone to illegitimate affairs and cheating on their partner which might cause their reputation to be ruined.

In general, people with Rahu in sixth house tend to carefully spend their money and usually don’t have any debts. They tend to have a budget they stick to. They make sure they don’t overspend on things and save their money rather than spending it on items they don’t really need.

Rahu in 6th house will act in a way that it will increase the physical endurance and stamina of the person, enabling them to deal with difficulties as well as fighting illnesses. This position will also increase the mental strength of the person which will help them to fight any obstacle they encounter.

This position of Rahu often gives a long life to the person; besides ailments of the heart, the person might suffer from wounds, teeth problems, ulcers, and similar illnesses.

The first part of this person’s life is usually unhappy, but as they grow older their life conditions improve. The person might become rich in their older age.

If Rahu has aspects with the Moon or Saturn this might cause the person to experience some mental issues. The areas ruled by the sign where Rahu is placed will be accentuated in the life of this person because Rahu tends to magnify everything.

Sometimes, the position of Rahu in 6th house gives the person desire to serve others and help them resolve their problems, even though they might be experiencing problems in their own lives.

This position of Rahu might make the person prone to arguments, litigation, accusations, or criminal behavior. They might be prone to acts of falsification of papers to obtain gains.

These people often have excellent ability for organizing and administration. They are also good in business and politics. They might have a lot of opportunities to travel abroad.

Rahu in sixth house is one of the best placements for this shadowy planet. It gives the person stamina and endurance and ability to fight obstacles and enemies.

These people usually don’t make a big deal out of things, and try not to stress much which is why they finish things succesfully without much effort. As they become older their life conditions and fortune improve.

They are usually good with money and know how to save it, but in some cases they might be prone to deceptions and criminal behavior.