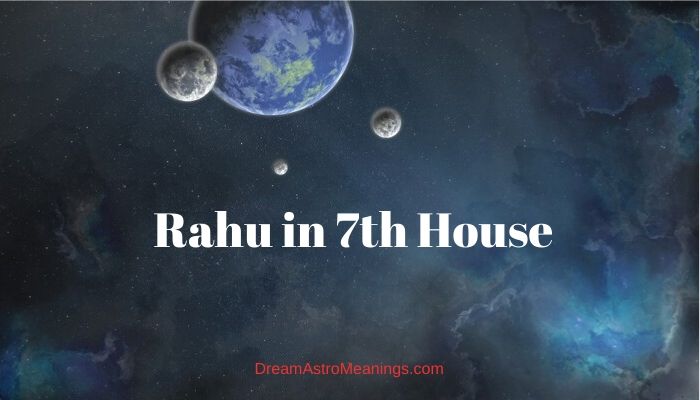 Astrologers analyze the positions of the planets to determine their influence on the destiny and personality of people.

Astrology analysis requires knowledge and experience. The analysis begins with a birth chart. These days birth charts can be easily calculated by computer programs; the chart is done in a matter of seconds. Analyzing the chart requires a lot of knowledge as well as experience.

The birth chart is created for a certain moment in time which is usually the moment of someone’s birth.

The natal chart has 12 houses and planets placed in these houses. The houses with planets are the ones that give the most information and have the most significance.

One of the main ideas of Vedic astrology is that humans are incarnated in this life in a predestined time so we could fulfill our destiny and experience the events that are predestined for us.

Vedic astrology analysis aims to determine the person’s personality traits as well as their destiny through analyzing the meanings of the planetary placements in their natal chart.

The birth chart in Vedic astrology has 12 houses, like in Western astrology. The houses which have planets are the focus of attention in astrology analysis, because they give the most information about the person’s character and the events they are most likely to experience during life.

These houses also show the areas where the person’s focus will most likely be. The planets inside the houses influence the areas these house rule over with their energy.

The houses in the birth chart have specific areas of rulership. These are the areas related to our personality and lives, such as our appearance, behavior, health, physical condition, education, family, ancestors, parents, children, siblings, social life, finances, travels, relationships and marriage, and others.

The four trinities of natal chart houses in Vedic astrology are:

The natal chart houses can also be divided in three groups:

In Vedic (Hindu) astrology, Rahu is a planet, although it actually doesn’t exist and represents an imaginary point. In Vedic mythology, Rahu is a dragon or serpent who is swallowing the Sun, which causes the Sun eclipse.

In general, Rahu has a bad reputation; this point is considered a shadow planet. The nature of Rahu is rebellious; it is prone to opposing authorities and rules.

Rahu can bring fame, fortune, and popularity to some people; these are often people in politics and governmental institutions. Rahu can also bring authority to people in other spheres of life, and make them influential.

For example, when a person has a Rahu in Leo, they can be obsessed with fame, status and/or wealth, and would do anything to gain them; people with Rahu in Scorpio might be obsessed with fulfilling their physical desires, etc.

Rahu is the planet of manipulation and deceptions. The sign where it is placed can reveal how the person acts when they want to manipulate someone into doing things they desire.

For example, when someone with Rahu in Cancer wants to manipulate another person into doing something the Rahu person wants or they don’t want to do, the Rahu person resorts to emotional manipulation.

They try to evoke sympathy and compassion from the other person so they can feel sorry for them and do what the Rahu person desires.

Someone with Rahu in Pisces might use lies and hiding the truth to deceive someone into fulfilling their desires.

Rahu is the planet of addictions which is why the sign where it is placed can reveal the person’s addictions or the vice they could be prone to. For example, a person with Rahu in Pisces might be prone to severe drug and alcohol addictions.

In some cases, the sign where Rahu is placed might show whether the person has a desire for fame and popularity. This sign might reveal the actions the person is likely to take aiming to become popular and receive some form of recognition for their actions.

The seventh house is the house of legal unions or marriage. Also, when analyzing the person’s marriage prospects it is necessary to consider the 2, 7 and 11 house as well.

This house is also the house of business partnerships and their success. This house reveals the people with whom the owner of the chart has some contracts or agreements.

The seventh house is also the house of our enemies and people we get into any kind of conflict with. This house also describes all the people with whom the person has any kind of deals, for example, repairmen, doctors, contractors, engineers, patients, sales clerks, etc.

The planets in the seventh house or making aspects with the cusp of the 7th house reveal the person’s relation to the public. If the planets are malefic or afflicted, the individual should be careful when doing public activities.

This house reveals the things you are looking for in a partner. It shows whether the person is interested in getting married and commit, and when is that event likely to take place if at all.

This house describes the personality of the person’s marriage partner, their appearance and behavior. The planets placed inside the seventh house give additional information about the person’s ideal and likely marriage or long-term partner.

Alongside with the fifth house, the seventh house often reveals problems with satisfying physical desires, problems with having children, issues with the reproductive system, and similar matters.

As we mentioned, partnerships of all kinds and not just romantic ones are ruled by the seventh house. This house reveals the person’s ability to compromise and make deals to avoid conflicts.

This relationship might easily reveal whether the person is likely to experience conflicts and disagreements in their relationships. It reveals the nature of all your partnerships and whether you are likely to be satisfied by them or not.

The seventh house also rules conflicts with others, divorce, and all kinds of quarrels and battles. Its name is Kalatra Bhava. The sign corresponding to the seventh house is Libra.

The body parts ruled by the seventh house are the kidneys, lower back, our private parts, adrenals, glands, buttocks, etc.

In general, Rahu in 7th house is not considered a good placement; it might cause problems to the areas ruled by the seventh house.

People with Rahu in seventh house might have difficulties finding the right partner suitable for them to marry. This might be the case, even when there are some beneficial planets and influences neutralizing the negative effect of Rahu in this house.

If there are malefic planets inside the seventh house or making inauspicious aspects with Rahu, the person will most likely have trouble in their marriage life or trying to find the right partner to marry.

It is advisable for people with their Rahu in 7th house to wait at least until they are 21 to get married, to try to avoid the negative effect of Rahu placed inside this house. This position of Rahu is also not a good one for the person’s business connections.

The person should be very careful about the people they have business deals with because they might experience deceptions and manipulations from them. It is very likely that they will lose money through their business dealings.

This placement of Rahu might indicate that the person could get married for business reasons or some benefit rather than from love. It could indicate betrayal from the partner and people they consider close and trustworthy.

This position might also indicate that the person won’t be faithful to their spouse and might find pleasures outside their marriage. Rahu in seventh house often brings confusion and deceptions in the person’s marriage life.

The Rahu person might be the one to be deceived by their marriage partner or they might behave in such a manner towards their spouses.

This position of Rahu might bring the person a lot of enemies. This might also be a sign of health issues of their spouse, and a spouse with weak physical condition, prone to illnesses.

Rahu in seventh house if heavily afflicted could ruin the person’s reputation because of their immoral behavior and extramarital affairs. Their disrespect towards their spouse and marriage institution might bring them strong criticism of the people from their surroundings.

People with Rahu in their seventh house are often attracted to partners who are inappropriate for them in some way. They might choose eccentric partners or partners who aren’t a cultural match to them.

This position of Rahu often indicates some unusual circumstances in the marriage life. They often marry the wrong partner, someone who they should have avoided instead.

These people are often in a position to sign contracts or deals which can ruin them and which they should have avoided. They might marry a partner for elevating their finances and social status, but their spouse will not be the right match for them and won’t bring them satisfaction. This partner might also act disrespectful towards the Rahu person.

This is often a sign of cheating that might happen in the marriage, either performed by the Rahu person or their spouse, and in some cases, they both might cheat on one another.

There is a strong element of suspicion on both sides; their partner might always be accusing them of cheating on them and checking up on them constantly.

People with Rahu in seventh house often make deals and contracts with foreign people; they often marry somemene who is a stranger.

This is not a guarantee that these unions will be lasting ones; in fact, it usually happens that one or both of the partners undertake some deceptive actions and cause damage and loss to the other.

In some cases, this position of Rahu is the cause of the person’s separation from their relatives. If Rahu is afflicted, this might cause the person issues and illness of internal reproductive organs.

Sometimes, Rahu in 7th house is a sign that the person might marry someone against their family’s wishes and without their approval and blessing.

Sometimes, the person with Rahu in seventh house experiences some secrets revealed after getting married which might jeopardize their trust or the trust of their spouse and ruin their marriage.

With this placement of Rahu these people are prone to secret love affairs happening before or after they marry causing issues in their married life.

The position of Rahu in 7th house is an unfortunate one, especially regarding married life.

It usually causes difficulties in finding the right marriage partner, which is why it is advisable for these people to get married only after they turn 21.

This position of Rahu often causes secret love affairs which might ruin the person’s marriage; it is also the sign of lack of trust and suspicion in their marriage.

This position isn’t good for business partnerships either because it might bring losses and disappointments. Even good aspects to Rahu cannot neutralize the negative effect of its placement in the seventh house.