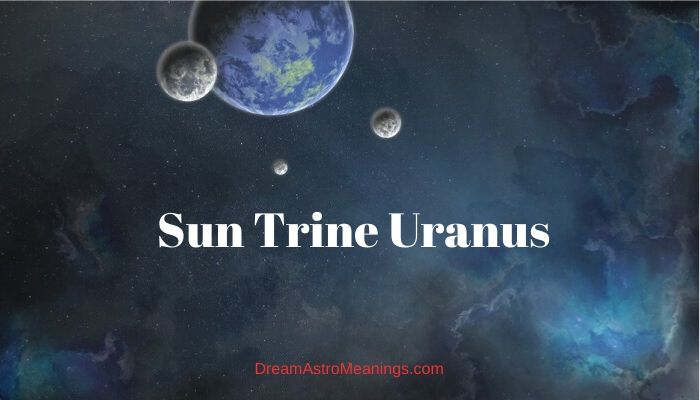 The majority of people know about astrology, but they don’t really know which possibilities it offers. They know their Zodiac sign and for them it is a fun topic for conversation. Astrology is so much more than that.

Even though many people consider that it is impossible to decipher the meanings of planetary positions at a time of someone’s birth to discover something about their personal traits or their destiny, astrology does exactly that.

The first step in astrology analysis is to make a natal chart. The astrologer then analyses the position of the planets and the relations between them.

The placement of planets in different houses shows the areas of most activities and focus. The relations between the planets or so-called aspects reveal personal traits and possible events that might happen in the future.

The placements of personal planets: the Sun, Moon, Mercury, Venus and Mars in different signs of the Zodiac give a lot of insight about someone’s personality and character, their preferences, desires, interests, attitude, appearance, etc.

Astrology is a very old study dating back to the time of the ancient Babylonians.  Ancient people understood the importance of the stars and the planets and even worshipped the Sun and the Moon as deities.

The aspects are angles between planets with certain meanings. They can be major aspects or minor aspects, and they can have harmonious and beneficial nature or challenging and negative nature.

The beneficial aspects create a lot of wonderful opportunities for the person to achieve their goals. They enable the person to get what they want without sweating much.

People with predominantly beneficial aspects seem to have opportunities falling in their laps.

Inharmonious aspects on the other side tend to create obstacles and in some cases prevent the person from achieving what they want. They require patience and determination to overcome these obstacles.

It is important to note that the influence of aspects will depend upon the nature of the planets creating this aspect.

The trine aspect is a major beneficial aspect. By the opinion of most astrologers, this aspect is considered the luckiest. It enables the person to get what they want and creates a lot of fortunate opportunities.

The trine is created when two or more planets find themselves at the distance of 120 degrees.

Astrology doesn’t only analyze individual charts, but it can also be used to compare natal charts of two people to determine their compatibility and the possibility of a stable and harmonious relationship between them.

For many people, this idea could be unacceptable but astrology has proven its accuracy in such predictions many times.

The base of this analysis is it the idea that people’s planetary positions interacts when they interact.

The technique in astrology called synastry is used to analyze relationship potential and first analyses individual charts of people to determine their personality and their preferences and then compares their natal charts to determine their compatibility as a couple.

Synastry determines the aspects between their birth charts and determines the houses where the partner’s planets fall in the other person’s chart. These houses show the areas where the relationship will affect the person who is the owner of the chart.

The aspects between their natal charts show the overall compatibility of their characters. If the majority of aspects are predominantly negative and challenging this is usually an indication that the partnership might be filled with tension, conflicts, and disagreements.

It can also be an indication of lack of interest or lack of compatibility between their characters; these are often short-lived relationships, because the partners don’t have enough tolerance and will to put in the effort and maintain their relationship.

If the majority of aspects are predominantly beneficial this is an indication of a compatible couple.

They probably share many interests and have the will to maintain their relationship and develop it into a stable and lasting partnership. They tolerate each other’s differences and adapt to them. These are usually lasting and harmonious unions.

In some cases, synastry analysis discovers that there are no significant aspects between the natal charts. In many cases, this is a sign of lack of interest and compatibility between the partners.

The Sun is the most important star in our Universe. It is the creator of life and that fact has been known to people since ancient times.

This is why in the Sun was worshipped as a god in many ancient cultures. It is generally considered that the Sun was formed around 4.6 billion years ago. Its composition is predominantly helium and hydrogen.

People under the influence of the Sun have strong personalities and are very energetic.

Depending on the aspects the Sun is making their natal chart they could possess more of the Sun’s negative or positive traits.

They have a strong ego and they’re very proud. They often suffer from superiority complex and want to be in the center of attention. Many of these people believe that they are better than others.

Their behavior can be considered irritating to many of the people from their surrounding because they are prone to bragging and putting themselves first.

When the Sun is well-positioned in the natal chart it gives the person Sun traits, such as determination and strong will. This makes the person generous and eager to help others.

Because the Sun rules wealth and success, people with a well-placed Sun are usually financially well-off.  Sun people love luxury and expensive things. If their Sun is afflicted, they might be prone to overspending and jeopardizing their financial security.

In many cases, some Sun people manage to accomplish substantial success and climb the social scale. They are usually in managerial positions because they possess excellent leadership skills. These people know what they want and they don’t give up until they get there.

The Sun rules creativity and in some cases it might give the person fame. The Sun person can be very arrogant and egotistical. The place in the natal chart where the Sun is usually reveals where the person’s focus is.

The planet Uranus, with a temperature of – 227 degrees Celsius, is considered the coldest planet in our Solar system; the exterior this planet has layers of clouds and its interior is composed of Ice and rocks. Uranus has 27 moons and it has a ring system like Saturn.

The name Uranus is the name of the ancient Greek god of the sky. This was one of the oldest gods is in the Greek pantheon.

Depending on the nature of the aspects which caused these events, the transformations and changes can be for the better or have a devastating impact on the person’s life.

When Uranus has challenging aspects, it might be responsible for accidents, money loss, disasters, catastrophes and changes, revolutions, chaos, reformations, destruction, major transformations and transformational movements in Society, etc.

People ruled by Uranus can be very unusual. They possess uniqueness which differentiates them from the majority of people. They love being different and they love their individuality.

They also love their freedom and independence. Their reactions and behavior can be unpredictable and sometimes shocking to their surroundings. They often enjoy doing things to shock others.

They also love doing new things, extreme activities, and want to be the first to try out new things, even at the cost of risking their safety. They are often pioneers who invent new things and new ways of doing things, which people later follow and copy.

Uranus ruled events often happen unexpectedly, triggered by some transits and progressions. They sometimes have the role to clear the path for new things to come and in some cases they have a devastating effect, ruining the person’s life.

Uranus is often the cause for relationship breakups, being the ruler of divorce.

This is a generational planet and influences masses of people through major social transformations.

When one person’s Sun makes a trine aspect to another person’s Uranus, this creates a union which is very energetic and dynamic.

These two have powerful personalities and they know what they want.

With challenging aspects between these two planets this could be a battle for dominance, but with the trine, both sides try to control their urge to lead and have their way for the sake of the relationship.

The Sun might be bothered by Uranus strong will for independence and the fact that nothing seem to keep this person into one place.

The Sun is also independent and freedom loving but also prefers form and some kind of stability while Uranus often feels resistance to formal relationships.

They will feel energized by each other’s presence and there will certainly be a lot of attraction present between them. The Uranus person will keep the Sun mentaly stimulated and Uranus admires the Sun’s confidence and strenght.

Uranus’s need to do everything in a unique way and be different than others might amuse the Sun person but in time it might start to annoy them. It takes a lot of self control to put up with Uranus’s character and with Sun’s dominant nature, and the trine aspect can help these individuals become more tolerant to the traits they dislike in the other person.

Both the Sun and Uranus are very creative and this can be the most important bond between them. Together they might start some creative ventures and enjoy working together and creating their ideas into form. These two are also tied by their adventurous spirits.

They both love activities and they often do things together. They are sports types and this can also be a thing they enjoy doing together.

This is a good aspect to help the longevity of the relationship and neutralize the challenging aspects between their charts.

The trine between Sun and Uranus in synastry is a very dynamic aspect which creates a relationship full of activity.

These two have strong personalities and will. They are independent and love their freedom.

They also have adventurous spirit and they are creative, which are things that bring them closer. They need to be tolerant towards their partner’s differences to help maintain the stability of their union.

This is often an indication of strong physical attraction between the partners.