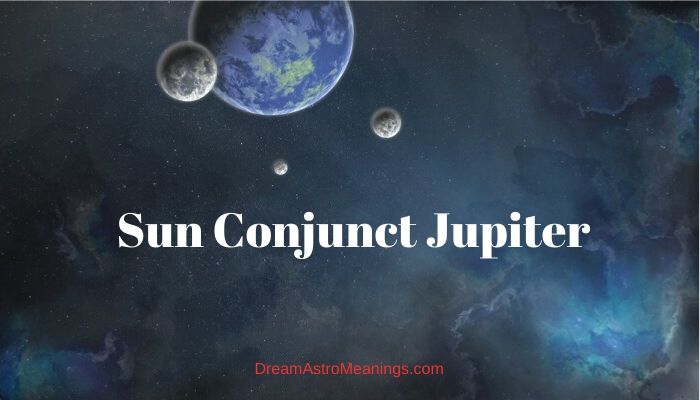 One of the oldest and the most interesting alternative sciences is by all means astrology.

Research evidence suggests that astrology or, at least, some kind of proto-astrology existed even during prehistoric times, some ten to twenty-five thousand years back into prehistory. Certain findings present with mammoth bones with marks that correspond to Moon phases.

Since earliest days of humankind, long before the dawn of civilization, our distant ancestors would observe the sky and use it as a navigation map.

Later in history, people have started naming celestial objects and constellations, giving these maps more meanings. In fact, such process made us closer to the unknown realms of cosmos.

Sunsets and sunrises, Moon phases, changes of seasons, the activity of earthly life, all of them make a wonderful circle and an inspiring enigma.

Astrology we know today is associated with early Mesopotamian cultures, also with ancient Persia. It were Babylonians who have created the first horoscope, as archeological evidence show.

Astrology has survived whole ages of transformation and different conceptions about the universe we inhabit. In seventeenth century, during the Enlightenment period, astrology was abandoned.

Before the Age of Reason, astrology and astronomy were treated together and equally. After the Enlightenment, they were divided, never to be conjoined again. There was a quiet era in the history of astrology, but the interest in this ‘science of the stars’ has never ceased.

During the twentieth century, astrology has become more popular, once again. Today, we could say it is pretty widespread and widely practiced, although many dispute its ‘scientific’ nature.

Astrology still lives on, especially in the era of re-awaken interest in spiritual practices and alternative medicine and concepts of well-being, mostly coming from Far East.

Some take astrology very seriously, knowing the potential of this pseudo science. A professional astrologer is not a fortuneteller. Astrology indeed has its principles and developed methodological systems, although critics would often disapprove them as inconsistent and proof lacking.

The most commonly demanded type of astrological reading is synastry, the astrological interpretation of compatibility between two people.

It is based on natal astrology and natal chart, since, in synastry, the astrologer actually compares individual natal charts and analyzes their astrological correspondence.

Before synastry report takes place, the astrologer would analyze both natal charts. Each chart presents with a specific distribution of eight planets and two luminaries. According to astrology, planetary movement and positions affect human lives.

At the time of your birth, they were in specific position, so a natal chart represents an image of the sky.

It is a diagram that shows exactly such a specific planetary distribution. These planets make contacts among themselves and such contacts create specific energy. Zodiac signs, astrological houses and all other elements create a complex of a unique natal chart.

While it is possible that two persons would be born at the same time and place, their lives would be different.

This happens because natal chart offers insight into potentials for your life; true, the planetary distribution is fixed and unchangeable.

However, the way you use potentials such positions offer is all up to you. In this regard, astrology does not exactly predict events, but tells about possibilities. It could point out some major events, though.

Once the astrologer has analyzed each chart, they could be compared. Synastry is comparison of natal charts and the most commonly practiced is romantic compatibility reading. Romantic synastry could be a precious treasury of information.

When analyzing individual charts, the astrologer would pay attention to elements such as romance, relationship goals, tendencies, expectations et cetera.

Synastry compares charts point by point, interpreting each aspect planets create. Synastry report would help you better to understand the connection you have with your partner or a potential one.

Sometimes people ask for a synastry report ‘in advance’, so to see if they were compatible with someone they find attractive.

This kind of astrological reading could tell you exactly why you find the other person attractive, what attracts you to one another.

Synastry reveals all your weak and strong points as a couple, challenging subjects and the loveliest of moments. Synastry does not predict the outcome of a connection nor could it tell if a relationship would become a failure or success.

Of course, it depends on your expectations of a relationship in general. The overall nature of your relationship could be seen in a synastry report. This reading analyzes contacts between planets, astrological aspects.

Each relationship represents unique combination of astrological aspects, which could be heavy and easy.

Synastry presents with unique complex of astrological aspects, that is, a combination of specific contacts between planets from both charts. Such contacts are angels these planets form.

Each of them would produce specific energy and this energy would affect the relationship between two persons in real life. Five major aspects are the most important ones.

People are wrong to divide those into bad and good ones. There is no black and white division in astrology.

Therefore, do not be discouraged if you see some ‘negative’ aspects in your synastry. All aspects should be taken as a complete image, a complex image. Their energies interplay; isolated aspects do not make a relationship, although each would affect it.

Let us see what the case is with the ambiguous conjunction.

Conjunctions are the powerful ones; these are usually considered the strongest and the most strongly binding aspects. However, each conjunction depends on the planets that form it.

This aspects manifest with an intense output of astrological energy. Energies of planets in synastry are conjoined and they flow together.

This indicates that two malefic, troublesome planets would produce a flow of negative energy and vice versa. However, the conjunction should always be seen in a wider perspective and alongside understanding other elements of synastry.

This is a powerful aspect, which could often produce both energies. Each planetary energy is intensified.

Both the Sun and Jupiter here are very positive planets (the Sun is a luminary and also labeled as a planet, in astrology). Let us see into them.

The Sun in Mythology and Astrology – Luminaries in Synastry

Everyone would agree that the Sun is the most important astrological planet. Well, it certainly is of vital importance. The mighty Sun that gives all life also represents one’s own life, one’s personality, character, ambitions and goals in life.

In all ancient civilizations, it was associated with warmth and life, vitality and light, beautifully and much adored gods and goddesses.

In Greek mythology, it was Helios, the bright and beloved Sun god; in Egypt, Ra and Horus were some of the gods associated with the Sun, Shamash, in ancient Mesopotamia.

All these deities were highly praised and worshiped, associated with life, justice, royalty et cetera. The Sun plays a prominent role in natal astrology.

It is the first of personal planets and it defines our personality, its bases. The Sun in synastry is very important.

The Sun and the Moon are luminaries – lights – and many astrologers would say that it was better to see them in synastry, even in heavy aspect than not to have them at all. They lighten up the relationship, in metaphorical sense.

The Sun is self-confidence, ambition, goals, high places, self-importance, self-integrity, generosity and authority. It rules the sign of Leo and it is a masculine principle.

This bright and golden luminary would play majestic role in a relationship. We will see how it fits Jupiter, in a conjunction.

Jupiter is another planet that would brighten up your day. Considered a lucky and protective planet, Jupiter represents expansion, growth, development, wisdom and high knowledge.

It is associated also with moral values, justice, philosophy, religion and travelling to distant, foreign and faraway places. Jupiter needs to expand and grow.

Jupiter is one of the social planets, so its role in synastry would affect your social life as a couple. It will tell about your general openness towards social situations, your mutual attitudes and goals.

Jupiter is associated with great optimism and would have much to tell about your overall sense of happiness and joy in a relationship.

This planet is associated with true happiness and general fortune in life. In contrast to its restrictive neighbor Saturn, Jupiter is everything the opposite. Jupiter knows no limits and it could bring certain instability to a relationship.

However, it would depend on overall synastry. Let us see what Sun conjunct Jupiter offers.

Sun Conjunct Jupiter – Faith in Each Other

This is a wonderful aspect that presents with faith into one another. Jupiter is amazed by the Sun’s splendor and energy, as well as its warmth, passion and generosity.

Jupiter has a lot of faith into Sun and it greatly inspires the Sun to manifest all of its best qualities. Jupiter is the planet of growth and it supports the Sun’s growth.

In such a relationship, one supports the other and there is a lot of deep understanding, great companionship and deep trust.

This relationship is based on true friendship, which is, everyone would agree, an amazing foundation stone for a stable and very pleasant and harmonious romantic relationship.

This is a relationship oriented towards expansion, so each one would encourage this element in the other partner. The Sun will grow even more self-confident, courageous and noble, while Jupiter would seek to expand its own views and grow its qualities too the best.

This connection brings pure joy. Occasional difficulties, which are normal, would be easily resolved.

Well, all this might sound too good to be true. It is true, but it also brings certain risks. So much expansion and general easiness that prevails could lead you both to overindulgence.

You really enjoy being together, doing amazing things, but expansiveness taken to extremes could lead to this result. This is a common case with this aspect, if it dominates the connection.

This is not extremely bad or difficult, but some kind of limitations could be of use. You understand one another very well and definitely know how to express your affection in the most beautiful and warm way.

You are noble and generous, but you should mind your expansiveness together, because it could lead to some practical life issues.

Just as the case is with these over-expansive aspects, some Saturnian element would do all the work and balance the connection. See if there was Saturn involved in synastry, with this one.

Overall, this is a connection that could be described as abundance. This is a really fortunate aspect, just be sure to leash your expansiveness from time to time, so that it does not cause you practical problems (material, financial, usually.