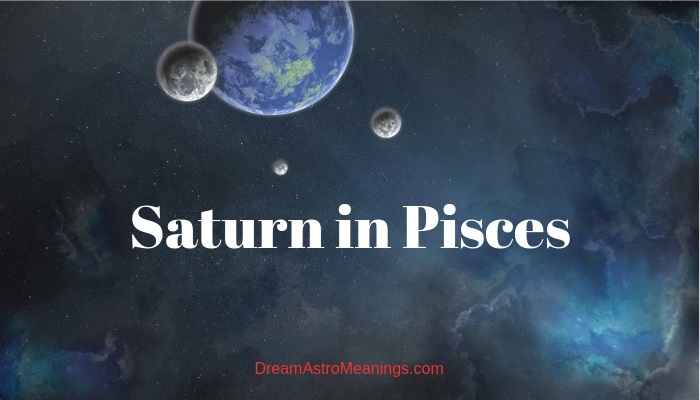 Welcome to another journey through astrological space. Astrology has been in use for long, ever since its early days, back in ancient times.

True, there were times it was considered something similar to sorcery and witchcraft, but it was also glorified and seriously taken by people of not only great knowledge and scientific mind, but also rulers, kings, emperors, military leaders.

One might think astrology is fraud and trickery, but, at the end of the day, you could say the same for many other disciplines, because everything is susceptible of misunderstanding and of misuse.

All astrological principles are based on the idea that heavenly objects affect human lives and destinies. In some parts of the world, astrology is closely related to medicine and healing, for example. We know that movement of planets in our Solar system affect our own planet Earth and we could individually experience effects of planetary movement.

However, astrology goes deeper. It claims planetary movement plays a role in who we are as individual personalities. It also decides what our life is going to be like, to certain point.

Such information could be found in a personalized horoscope, which is the basis of natal astrology. Natal astrology is what most of people think when someone says ‘astrology’.

Astrology is complex and there are other categories besides natal astrology. Although today we do not count it under official scientific approaches, astrology has all elements that constitute a science.

An astrologer has to master all the knowledge about astrological planets and all other important features of an astrological analysis. He or she has to know all the principles, rules and methodology of astrology.

An astrologer has a complicated but the most amazing job to do, when he or she is about to analyze one’s personal horoscope. An astrologer creates a horoscope, in a way.

Horoscopes are based on birth charts, which represent positions of planets in zodiac circle and twelve astrological houses and all of their mutual connections and relations of all sorts. Such a chart is based on one’s birthday and birthplace. By analyzing such a chart, an astrologer creates unique personalized horoscope.

Horoscopes are people’s astrological lifelines, to say so, but there are no accurate prognoses and predictions, as one might believe. All elements in a birth chart are precious, because they tell an astrologer about potentials.

Planetary positions affect an individual as a whole. Planets affect your character, temperament and personality in total.

Each planet possesses special energy (we talk about planets of Solar system, all of the today known ones, including the Sun and the Moon) and plays a role in one’s birth chart, especially if found in a specific place, in particular zodiac sign or so.

Today we focus on Saturn, which is one of the ‘social planets’. Social planets are Jupiter and Saturn.

Saturn is usually seen in a negative light, because it does bring a lot of trouble in a person’s life. Saturn is dry, cold, insensitive, burdening, but the way it is going to manifest its energy is closely dependant on the place the planet occupies and of other aspects related to it.

Saturn is associated with time and it is responsible for our limitations that are definitely related to time. Saturn rules our old age, it is connected with our physical body, especially with our skin and bones, because these are the most limited ones, in terms of growth and development.

Saturn is associated with everything chronic and lasting, usually negative, such as pain, illness, depression, misfortune, trouble and so on.

Many are afraid of Saturn’s energy and see this planet genuinely malefic.  Well, Saturn’s task is not easy and it is difficult to comprehend and even more difficult to accept its lessons. We naturally resist everything that makes us feel bad, but there are times negative things happen and we cannot stop them.

Everything is happening for a reason, if we are to ask Saturn, the planet of karma.

Saturn teaches life lessons. This planet awakens our sense for responsibility, honesty, duty and organization. When in good aspects, Saturn makes us think maturely and be pragmatic. It helps us deal with various challenges in life; in a way, it challenges us and pushes us to our limits.

Saturn makes you realize where your limits lie. In long run, it helps you become more balanced person who does not waste energy foolishly.

Saturn faces you with the reality. This is, perhaps, something we all deem undesirable. Not that people strive to live in an illusion, but sometimes the truth is hard to accept and to bear.

Saturn faces us with our greatest fears and makes us realize there are boundaries to many things. In its cold and sometimes terrifying manner, Saturn teaches us to value life.

Of all positions Saturn could appear, it seems that Pisces are one of the most undesirable places for this planet. Pisces are deep, emotional, melancholic sign, with great intuition, veiled by mystery and often lost in thoughts, fantasies and dreams.

Saturn in Pisces makes one turned towards past instead to presence, let alone future. The greatest disadvantage of this aspect is that constant obsession with the past.

People with Saturn in Pisces always feel as if there is something pulling them down, to depths of memories and long lost moments. They carry the burden of the past around; it does not matter if they long for pleasant times or if they feel negatively about something that has happened.

Either way, they dwell in the past. The karmic effect of Saturn makes them only repeat the same pattern of thinking, deciding and acting over again.

It is very common for these people to appear nervous and insecure, because that is exactly how they really feel, most of the time.

They are very susceptible to negative energies, they tend to be pessimistic and of low self esteem. They fantasize that only bad things keep happening, because they are very likely to focus solely on what is wrong.

There is also a problem with imagination, because strict and organized Saturn restricts the natural imaginative capacities of Pisces.

Saturn Pisces are very, very sensitive and vulnerable. They see problems where such do not exist, simply because of their hypersensitivity and discomfort they feel because their imaginative capacities are restricted and this energy they have does not go anywhere, but turns into irrational scenarios that provoke anxiety and nervousness.

These individuals are very prone to all sorts of personality crises.

However, it is not necessarily always that bad. If aspects are extremely favorable, Saturn Pisces could achieve amazing results in the field of art.

Actually, they could become artists of life, to say so. They are people that have enough depth to understand the world, to perceive it, to try to make it better place.

Such personalities could often be found working in hospitals, at universities, museums but also working in creation of all sorts of protocols.

With good aspects of this generally unpleasant position for Saturn, one could make an extraordinary personality, literally one in a million. Saturn Pisces could be people praised and admired by many, because they channel their energy in a way that is benevolent, beneficial and overflowing.

They are masters in the art of life, people with good intuition, but also good sense of reality, abundant imagination and calmness to wish.

They could be spiritual people, inclined towards helping others. They are very compassionate. Saturn controls their urges and does not allow them to waste themselves in trying to help everyone.

They are noble, kind, caring individuals. Saturn Pisces with good aspects are unusual sight and rare. If they manage to let go of the past, people with Saturn in Pisces could channel their energy in a wonderful way.

With harmonious aspects, Saturn Pisces enjoy doing creative job and excel in what they do.

They are never focused to material success, but to creating something that would inspire others.

On emotional plan, good aspects of Saturn in Pisces bring accentuated sensibility and sensitivity, but not overly. This makes these people empathic, kind and lovable. They easily win people with their good-hearted nature and achieve great satisfaction in social, romantic and professional life.

However, it takes really favorable odds to make it so.

Downsides of Saturn in Pisces are many, since this is the least favorable position for this cold planet. Saturn Pisces could be deeply pessimistic and incapable of seeing good sides of situations in life.

They commonly lack motivation, because of insecurity and self-doubt. They are introspective in the most negative way; they punish themselves by regretting all sorts of their past actions and decisions, which pointless.

They often simply cannot let go of the past, regardless of the nature of this past. If they think about some happy times, they feel sorry for themselves because those times are gone. If they remember bad things, they imagine how things should have happened.

And so it goes, on and on. Saturn in Pisces is by its nature a difficult astrological combination and it takes hard work and effort if you want to keep it under control or even change it and take something good of it. The burden of the past is the greatest problem for Saturn Pisces.

Moreover, badly positioned Saturn in Pisces in relation with other elements in a natal chart makes one feel lonely, desperately insecure and extremely prone to self-pity.

These individuals cannot channel their emotions, dreams and desires properly, because Saturn suffocates their imagination and does not allow it to flow freely.

Man with Saturn in Pisces is a melancholic and romantic soul. He is an old-fashioned type of guy and he is commonly interested in history, archaeology and everything that has to do something with the past.

He enjoys looking at old maps and reading classics. He is a genuine romantic and true gentleman. He is classy, kind, polite and he follows social norms.

Saturn Pisces man is a great aesthete; he values everything that is done to the detail, such as an old master’s work of art and he despises modern design and finds it hollow, empty.

He enjoys good talk, travel, good food and all of that in slow pace and with calmness. He makes a wonderful and caring partner, maybe a bit idealistic.

She enjoys taking long walks, reading books, visiting galleries. She might be an artist or a writer herself. She could be a bit irrational and subjective.

With harmonious aspects, Saturn Pisces woman is a person you would easily fall in love with.

She is compassionate and empathic; a true friend, a devoted lover and a caring mother.

Like her male counterpart, she is someone pleasant to have around, a person that would never make drama or act disrespectfully or rude. A real sweet lady.

Although Saturn does not feel much comfortable in Pisces, so it tries to spoil and restrict Pisces’ calm and imaginative energy, it is not all that bad.

There are some advantages of having Saturn in Pisces, such as being capable of deeply understanding the world around, without trying to prove everyone you do it. There is a need to impress people and to inspire them by good deeds or a striking creation.

On the other side, this energy is difficult to control and to balance, but it is not impossible.

Most of the time, Saturn in Pisces makes one nervous and anxious about their own thoughts and emotions.

Saturn Pisces are bound to their past and they find it hard to let it go and move forward.