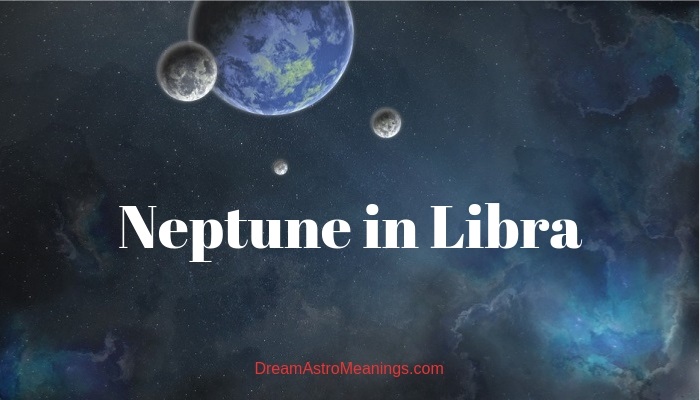 Neptune is 17 times heavier than the planet Earth. This planet was accidentally discovered and using a mathematical calculation. This planet takes 165 to circle the Sun. Its composition is mostly helium and hydrogen, and the interior is mostly made of rocks and ice. Neptune is a cold planet, with a temperature of -218°C.

The name Neptune comes from the Roman god Neptune, who was considered the god of water and the sea. This god was the equivalent of the Greek god Poseidon.

In an astrological sense, Neptune rules confusion, illusions, deceptions, and lies. This planet rules absentmindedness, and confused people. This planet makes things vague. Neptune is the ruler of disorder, lack of organization and precision.

Neptune has a blurring effect on matters. It is the cause of deception and uncertainty. This planet rules manipulation and using others for some gain. People under the influence of this planet can be very deceptive, prone to lying and distorting the truth for their own benefit.

They could easily manipulate naïve and gullible people. Their immoral acts could cause them problems with the law authorities and make them end up in jail.

Some of these people are naïve and can easily be manipulated by others. People influenced by Neptune can sometimes be prone to believe that everyone has good intentions towards them and end up being used and manipulated by malevolent people.

This planet is the ruler of religion and spirituality, and people under its influence are often very religious and spiritual. They are interested in the secret side of life. They are drawn to secret knowledge and many of them study it intensively.

Because Neptune transits through one Zodiac sign during a time span of 14 years, its influence on individuals is not very obvious unless that planet has a significant influence in that person’s natal chart. Neptune is a transpersonal planet and influences generations of people born during the transit through one sign.

Neptune influences global changes in the affairs ruled by the sign it is transiting as well as Neptune related affairs.

Neptune influences changes in religion and spirituality. It might mark the beginning of a spiritual upheaval of masses of people. Many people won’t sense its influence, but those who have Neptune as their ruler or in strong aspects to other planets in their natal chart will most certainly feel its influence.

Such people often have their own imaginary world where they tend to hide from the problems they encounter. Those with Neptune in bad aspects can be prone to ignoring their problems and allowing them to grow instead of solving them.

They could also be prone to addictions to help them forget about their problems. They lack confidence and persistence.

These people are often talented artists and they are able to produce great artworks of extreme beauty. These people are very intuitive and sensitive and many of them have the ability to read people’s minds.

They can easily sense what other people are feeling. Some of these people possess a hypnotic ability. They are often highly spiritual beings and very religious. They can often communicate telepathically with other people. They have a kind and caring nature, and many of them are involved in charities of different kinds.

Many of them work for charity organizations and devote their lives to fulfilling some humanitarian cause. These people often choose voluntarily to be in some kind of isolation during their lifetime, and some end up being isolated because of some illness they have or end up in prison for some crime they have committed.

When Neptune makes bad aspects with other planets, that can pose a threat to the person’s mental health. Neptune can cause different nervous disorders and mental illness. Bad aspects of Neptune can cause hysteria, paranoia, and other psychological disturbances. These people usually lack self-esteem and confidence.

Many of Neptune influenced people are interested in the occult and secret knowledge. Many of them choose to practice some occult disciplines and make a living out of that.

To determine if Neptune has a significant influence on some person, we need to check its natal house placement as well as all the aspects it is making with other planets in the chart.

In the text, we talk about the traits of Neptune in the sign of Libra.

Men with Neptune in Libra are often easy going and make a pleasant company.

They are into things of beauty and love to be surrounded by beauty in all forms. They are often very creative and able to create beauty themselves. They are good at communicating their ideas but they often struggle to make a decision about what they really want.

They can have relationship issues if Neptune makes bad aspects in their natal chart, otherwise they are true romantics that are often destined to experience a real-life fairy tale story.

With bad Neptune aspects they could be prone to romantic illusions and disappointments.

These men fight for justice and can be found in the legal profession.

Women with Neptune in Libra are beauty lovers just like men with this placement.

These women are also very romantic and many of them dream about a fairy tale romance from a young age.

If Neptune is badly placed in their natal charts, these women could experience romantic disappointments, get betrayed by the men they love, or experience some other bad things in their relationships.

These women are usually very creative and artistically gifted.

They often choose some form of art to creatively express themselves. They can be very indecisive and that trait could create a lot of problems in their lives because they waste a lot of time making decisions which in turn causes them to miss some good opportunities which can’t wait on them to make up their minds.

Some of the good traits of Neptune in Libra:

Some of the bad traits of Neptune in Libra:

Neptune in Libra is the bringer of life lessons related to relationships and partnerships, especially when Neptune is in bad aspects to personal planets. These people often experience love disappointments and betrayals from their partners, or they end up disappointing and/or betraying their partners.

This position of Neptune often causes global changes in people’s approach to relationships. It might also bring changes and a new perception of art and what is perceived as beautiful.

Because Neptune rules deep, emotional, romantic love, and Libra and its ruler Venus rule love and emotions as well, this planetary position creates people who are in love with love and fantasize about a fantastic romantic relationship which resembles a fairytale.

This planetary position might make people indecisive and confused about the path they need to take. They might also live in an imaginary world and it is hard for them to face reality.

For them it is of the highest importance to determine their goals and take planned actions towards achieving them. They shouldn’t allow themselves wasting time and letting their minds wander. They need to focus and go after their dreams.

One of their main issues is a lack of confidence and fears from the outcomes of their actions. These people can be doubtful and have difficulty trusting their abilities to achieve success.

They can also be very indecisive when it comes to taking actions because they have difficulty deciding what the best action to take. They can be prone to wasting their time while considering the pros and cons of making a certain decision.

This position symbolizes a desire for world peace and harmony which is shared among the people born with this placement. During this transit there can be some global movements and other global activities aiming to preserve world peace and bring harmony for everyone on Earth.

People under the influence of Neptune in Libra often have the ability to find the best solutions to other people’s problems. It is like they have a natural talent for balancing things and relationships. They hate quarrels and conflicts and try to stay away from them.

These people are good at making compromises. They also have an adaptable nature and easily get along with almost anyone. They are also very righteous and love fighting for the rights of people who have been wronged in some way.

They are also good at debating and often have excellent arguments against their opponents, especially when they are fighting for someone’s rights.

These people are often involved in some charity cause, or are a part of some institution aiming to help others.

They can sometimes be perfectionists who want everything to be perfect. They strive towards harmony in all their relationships and have a problem being in aggressive situations where there are tense feelings.

The planet Neptune takes 14 years to go through one sign. It is a transpersonal planet, which influences generations of people more than individuals.

Neptune’s influence on an individual could be determined by looking at the aspects it is making with other planets in the chart, as well as the placement in the natal house.

This placement influences changes related to affairs ruled by Neptune and Venus. People with natal Neptune in Libra are usually very kind and pleasant.

They are communicative and love being around people. They are also very righteous and many of them have a goal to fight for humans rights.

Many of these people are very indecisive which creates problems during the pursuit of their goals.

This Neptune placement often causes relationship problems to people who have badly placed Neptune in their natal charts.