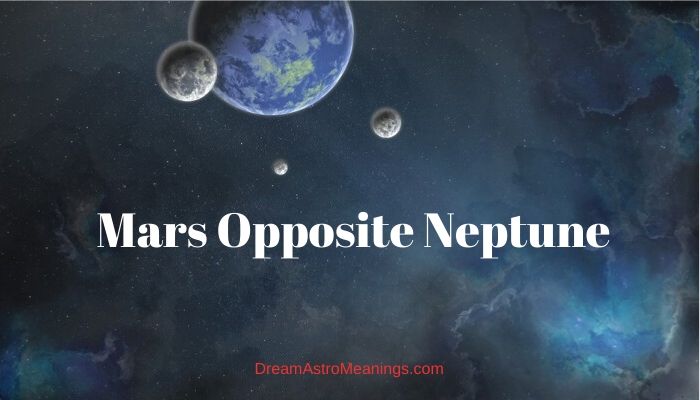 The planets and stars and their possible influence on humans have always intrigued people.

People respected astrology and its reach throughout centuries. They often trusted astrology when making important decisions concerning not only the destiny of ordinary people, but royals and countries.

Today, astrology isn’t as respected as much as it was in the past. Sadly, for many people it represents a fun topic for conversation about Zodiac signs and their traits.

The reach of astrology is much wider; it can give a lot of information about people’s characters and personal traits, their interests, preferences, beliefs, focus in life, and many other details regarding their life.

It can also predict events that might happen in the future, determine the outcome of situations or relationships and reveal many other details.

The beginning of the analysis starts with an astrology chart, or the chart of the sky in a certain moment; this moment is usually the birth of some person, because analysis is in most cases done for individual charts.

The astrologer then analyses the positions of the planets in this chart and calculates the aspects between them.

Personal planets (Sun, Moon, Venus, Mercury, and Mars) in the signs of the Zodiac describe the personality of an individual, especially their appearance and attitude, which is why it is important to analyze them.

Planets in the houses of the chart are also very important because they show the areas around which the most activities will take place during the person’s life.

The aspects between planets also give information about personal traits, but also about the possible events the person might experience.

Positive or harmonious aspects have a beneficial effect. They create opportunities and enable success of our actions. These aspects allow the planets connected by the aspects to express their energy freely and naturally.

These aspects require patience and tolerance to handle. They often prevent the person from getting their desires and achieving their goals.

Major aspects are conjunctions, oppositions, square, sextile and trine. The opposition is an aspect with a negative nature. It forms when the planets make a 180 degrees angle.

This aspect prevents the energy of the planets to express at the same time. They make accomplishments difficult, almost impossible.

Besides for analyzing individual charts, astrology is also valuable for analyzing relationships. This analysis can give exact and useful information about the compatibility of two people.

The idea behind such analysis is that people when interacting with each other bring in these interactions their planetary positions. The contact between their planets reveal the story of their relationship.

The technique developed in astrology for relationship analysis is called synastry.

After analyzing the individual charts of the two people, to determine their personalities and ideas about relationships, the astrologer compares their natal charts to see their basic compatibility.

The houses where the planets from one of the charts fall into the other are carefully analyzed because they show in which areas the relationship will most likely influence that person.

The aspects between the charts of two people reveal the potential for a relationship between them.

When the aspects between two people are harmonious, they are likely to get along well. These two, value their relationship and want to do anything to maintain it.

They tolerate the differences existing between them and are willing to accept them for the sake of stability and longevity of their relationship.

When the aspects show a different picture and are mostly challenging, this is often a sign that the couple lacks compatibility. They often don’t have similar interests and they tend to criticize one another instead of supporting each other and being tolerant to the partner’s differences.

These relationships are often full of conflicts and in some cases violence. They tend to be short-lived and are exhausting for the partners.

When synastry analysis discovers lack of significant aspect between the charts, this is usually a sign that the two people lack genuine interest for each other, but that isn’t always the case.

Mars is a power planet with a frightful reputation. This is a small planet but has a powerful influence. Because of its similarities with earth some people believe that life will one day be present there; some even believe that life was present on Mars in the distant past.

The planet Mars got that name from the god of war in ancient Rome. It rules conflicts, arguments, destruction, brutality, violence, destructive behavior, etc.

The influence of Mars depends on its placement in the natal chart and the aspects it’s making. A person with challenging aspects of Mars might be aggressive and prone to destructive behavior and violence.

When Mars makes beneficial aspects, this makes the person honest, ambitious, energetic, and determined. People influenced by Mars are energetic and passionate.

They don’t allow anything, or anyone stand in their way. They almost never give up and are determined to fulfil their goals despite the obstacles they might encounter.

Those under a strong influence of Mars usually have dominant natures and have a desire to control others.

They want to be the ones to organize everything and can easily get mad when someone opposes their will. They, on the other side, don’t allow anyone telling them what to do.

They are often in leadership positions because they have great management skills. They might be prone to manipulating people.

These people can have a competitive nature and always want to be the winner. They are energetic and possess strong magnetism which others are drawn to. People have a natural desire to follow their lead.

These people can have a loud nature, and they can be prone to provoking others.

Neptune is a cold place, and is almost as cold as Uranus, which is the coldest planet. Neptune is made mostly of rocks and ice, and its composition is mainly hydrogen and helium.

This planet’s name comes from the god of the sea worshiped by the ancient Romans. This planet in astrology also rules the sea and water.

Neptune introduces chaos and confusion. Especially people who are ruled by Neptune tend to sense its influence strongly. They might be prone to nervous disorders and other negative Neptune characteristics.

The most important Neptune ruled events tend to happen during transits and progressions influencing natal Neptune.

People with a strong Neptune impact usually lack focus and can be very disorganized. They are often confused and absent-minded. When Neptune is making challenging aspects, this could make the person prone to deceptions, lies, manipulations, addictions, criminal, etc.

Neptune people might be very religious or possess psychic powers. They might also be into secret knowledge.

Neptune’s influence brings major global transformations in the areas which are ruled by Neptune or the sign it currently transits.

Mars opposite Neptune in synastry is a challenging aspect that has a negative impact on the relationship, especially if natal Mars and Neptune are afflicted.

These two have completely different personalities. Mars is open and direct and Neptune is secretive and tends to hide his emotions.

This can cause tension between them because Mars will try to make Neptune become more open and approachable and Neptune will refuse that and if the pressure keeps on he might just disappear.

There might be a dose of attraction between these two. Mars will find Neptune mysterious and consider this an open invitation to uncover his secrets, unfortunately, that won’t be the case.

Neptune might admire Mars’s strength and might want to lean on him for a while, but he might soon become overwhelmed by his strength and dominant personality.

These two will find it hard to get along well. Mars is overly loud and dramatic for Neptune, and Neptune is overly absent-minded and confused for Mars. Mars wants things to be transparent and crystal clear, and Neptune wants to blur things and leave them unspoken and undefined. For Mars, that is unacceptable.

Neptune might be aware of the effect it has on Mars and provoke him even though he isn’t willing to commit to anything. He might even pretend that he likes Mars because he wants to gain something by manipulating Mars in such a way.

The main problem in this relationship will be the issue of their different approach towards things, Mars being overly direct and Neptune being reserved and prone to isolation.

Mars won’t be able to tolerate Neptune’s need for secrecy and mysteriousness and Neptune will miss to acknowledge Mars’s efforts and accomplishments.

With this aspect between their natal charts, the Mars person might not be aware of Neptune’s sensitivity which he is trying to hide under a closed off exterior.

Neptune might also find it hard to understand Mars’s focus on resolving daily problems refusing to spend some of their time on developing the spiritual side of their personality instead of just focusing on the material.

In short, this aspect needs to be attended because it might cause problems in their relationship. It is best if some other aspects could neutralize its negative effects.

The Mars opposite Neptune aspect in synastry brings the difference of these people’s personalities to the surface.

It is hard for them to get along because they have completely opposite attitude and approach towards things in life.

This aspect might be a problem for the relationship and it requires some neutralizing aspects to annul its negative effects.