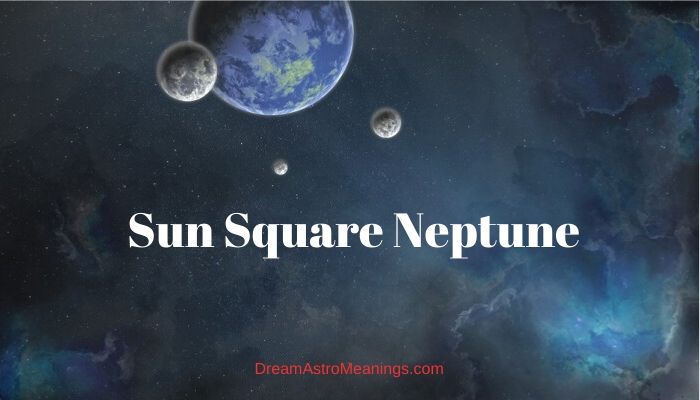 Astrological comparison of natal charts, otherwise known as synastry, could reveal much about the potentials of a relationship. While a composite chart represents two charts merged in one, a specific unity of their aspects, the synastry interprets aspects one by one.

It tells about the energies between the charts, the interplay of their aspects and planetary vibrations.

It is an amazing way of seeing into how stars determine whether two people would make a good connection or not. Well, the term of determination is too strict; let us say the stars tell about the possible directions in which a certain relationship could go.

We usually talk about the comparison about two charts of people in a romantic relationship or a potential one.

One could possibly compare more than two astrology charts, although it is rarely done and the synastry interpretation of a romantic relationship is what people are generally interested in. The key thing is the natal chart exactly.

Natal chart analysis is the first step into analyzing the synastry report. The astrologer has to get familiar with both individuals, for an astrological point of view.

The astrologer first analyzes the birth charts separately and focuses on the important aspects, while taking both charts as a whole, of course. The emotionality, relationship tendencies, conceptualization of love and everything related to it are the most important points.

Once the astrologer understands how both persons think and feel about love, the synastry report would make more sense.

It is not something you should stick to as if it was written in the stone, but you could definitely use it as guidance. The purpose of synastry is not to discourage one from a relationship.

It helps you understand why certain aspects of that relationship work fine and why others are not as good. By learning about it, you could both work on it.

If we talk about a potential relationship, the synastry gives you an insight into possibilities; it does not say that the person was necessarily good or bad for you.

The synastry analyzes the complexity of human relationships, based on the opinion that the planets in our natal charts affect our destinies as a whole; thus, the interplay of charts would definitely shape up a relationship.

Planetary aspects play the most important role in this interconnection.

There are different types of planetary aspects in astrology. Some of them are considered easy and fortunate, others difficult. Each aspect has its own purpose and each would mark a connection in a specific way.

Aspects are to be found in each natal chart and they greatly shape up one’s personality and character.

The Sun in Astrology – The Importance in Synastry

The glorious, golden Sun is the first of the planets we would look into when analyzing one’s natal chart. It, of course, plays an important role in synastry.

The Sun, just as the Moon, is considered planets in the astrological language. The Sun is the first of the personal planets and it represents one’s true self, active principle, personal strength, reason and conscience.

The Sun represents life goals, achievements, strength of will, leadership, authority, rule, glory, fame, success as a whole. The Sun has much to do with an individual’s need to be recognized and appreciated.

It symbolizes bravery, courage, strong will and determination to achieve something in life. Of course, that ‘something’ would differ from person to person.

In any case, it is the Sun that directs us towards our own success and goals and fuels our active endeavors. This planet governs the sign of Leo and is associated with the metal gold.

In synastry, luminous planets are very important. An aspect that involves the Sun would definitely play a role in synastry; its celestial brightness and its direct rays lighten up the perspective; one chart sees the other, thus partners could better see one another, in astrological terms.

Astrologers claim that the Sun aspect in synastry is desirable, even if the aspect itself was a difficult one.

The planet Neptune is associated with the Greco-Roman mythology and the god of all waters, the god Neptune or Poseidon. Neptune rules the watery spaces of the world and he was known to be an impulsive deity. Neptune is unpredictable, powerful, mysterious.

Neptune was believed to cause earthquakes and determines the outcome of a sea battle. It is better you have him on your side, if sailing!

Neptune in astrology is associated also with ideas and principles connected to the Water element. Neptune is the planet of illusions, dreams, and mysteries. It inspires, but it tricks.

One great astrological saying explains that too much of Neptune energy acts like a poison, while a little bit of it acts like a cure. However, most people usually fall under the delusional part of the Neptune’s energy.

It causes distorted perspectives, hides things under the veil of sweet illusions. The planet Neptune rules the sign of Pisces, possibly the most mysterious and hardly catchable zodiac sign. Dreamy Pisces are Neptune embodied in horoscope.

Neptune inspires travel, seeking, and wanderlust. It seduces and tricks, but it also gives wings to imagination and is associated with intuition and creativity.

If Neptune is in good aspects, it inspires creativity, it is strong in people who are talented for arts, who have great imagination, who love to dream and fantasize. Neptune is a planet of delicate senses, associated with anything that awakens senses.

The influence of Neptune is always a bit of mysterious, subtle, gentle and hidden.

The worst part of it is that it comes from deep within and is difficult to recognize and control in time. That is why it is very important to pay attention to Neptune in synastry.

The square is not an aspect one would wish for, but it has its astrological purpose, to say.

The square is considered one of the difficult aspects, because it does not allow planetary energies to flow freely.

The square is responsible for conflicts, negative arguments, lack of compromises and tolerance, overall tension. With a square aspect, the energies cannot cooperate well.

However, this difficult aspect should make us search for balance and awaken tolerance. The specific area of life that founds itself within the heavy square aspect is the one you should be cautious about and try to find some balance within.

The square, as heavy as it is, inspires tolerance that is not easy to find, though possible.

Sun Square Neptune is one very interesting aspect to look into and also one that could lead to many wrong directions, if you do not access it patiently and with an open mind.

The problem in understanding this aspect occurs because Neptune is the planet associated with trickery, delusions and deceit and this is what most of people would instantly acknowledge and label this connection as an intended trickery.

Well, that is not what actually happens. When the Sun, a personal planet, gets in a heavy aspect with Neptune, it happens that Neptune ‘tricks’ the Sun, but not intentionally.

Every connection that involves Neptune would have that vibe of an illusion, but let us explain how it works in this case. The connection between the Sun and Neptune would most likely seems as the perfect one.

The Sun person would be intrigued and attracted to Neptune’s mysterious sensuality and would most likely put the Neptune one on a pedestal.

The Sun is a strong element and would not get lost, but would possibly adorn Neptune with more glory than the Neptune actually deserves. Neptune person would be very delighted and so will try somehow to prove his or hers quality to the Sun one.

Neptune would actually play along the qualities the sun majestically projects. Neptune enjoys the attention and would do anything to keep it that way; Neptune is prone to hiding things that are not good, in order to preserve the otherworldly, romantic and dreamlike atmosphere.

The illusion Neptune imposes on the Sun is what Sun actually sees in Neptune and Neptune does not have but tries to prove.

This is a complex and a sensitive aspect to talk about, but one thing is sure, it is not about an intentionally harmful behavior. It is about an unconscious deceit.

What must be said is that keeping that ‘mask’ on is not an easy task and Neptune would very likely slip on its own veil of dreaminess. The consequence is disappointment, mistrust, sadness.

This is a challenging, but not a dramatic connection. The consequence of such a course of this connection, a typical one for Sun square Neptune aspect, is misunderstanding that leads to distancing caused by disappointment and hurt feelings.

It could happen that Neptune person would intentionally deceive the Sun one, but it is highly unlikely.

In most of the cases, Neptune tries to nurture Sun’s vision and in doing so, actually causes the disaster. The aspect is not an easy one. However, now that we understand what it is about, it could be carefully managed.

Both persons should be aware of the potential risks displayed in these paragraphs. What could they do?

Since Neptune’s person intention was most likely benevolent, good, but played badly and too freely, we daresay the Neptune person should focus on the genuine intention and actually understand why did he or she take up the role.

The attempt should be against the illusion of perfection and quality the Sun imposes. It does not mean one should cat the opposite, but to focus on the reality within the image.

Sun should try not to glorify Neptune that much, so that Neptune could land on the ground. This is a tricky connection and it involves a lot of conscious attempt to keep it within the boundaries of reality, in order to functions without emotional victims.

Do not offer more than you could actually give. Do not impose your vision in a way that it appears as an expectation.

There is one particular risk about this connection, involving the Sun person in particular. A powerful element and a personal planet, the Sun always emits a strong energy.

The problem with the square aspect is that it does not allow the energy between the planets involved to flow free. The Sun is an element in synastry that allows for partners to see one another. With square, it could be partial.

The Sun person could change the view from glorifying the Neptune person to seeing him or her in a completely bad light. The problem comes both from what Neptune offers, but also from what the Sun imposes.

Mistrust and suspicion are the greatest risks that mark this connection.

As long as the Sun person suspects something and then tries to find proper arguments to defend their adoration or the opposite of it, it means they do not actually understand the Neptune partner.

Sun square Neptune aspect calls for realistic perspective of the things. It could work very well if both of you were aware of these processes and so you could take it easier.

There is an incredibly strong spiritual connection between you two, no doubt. Just try to keep it up by being more realistic and open towards one another.