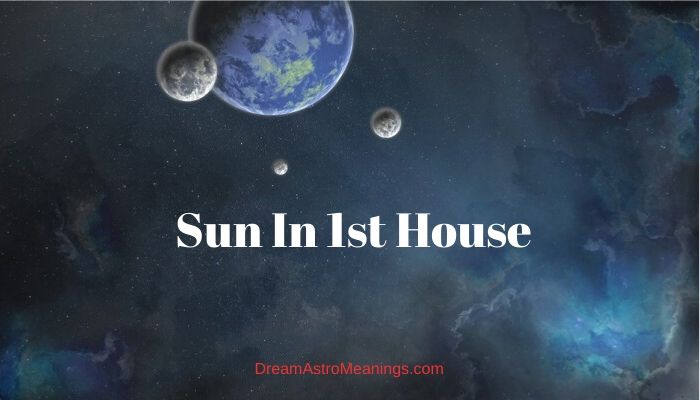 Throughout astrological literature and sources, you would most certainly read that the Sun was the most important planet in astrology.

Yes, in astrology, the Sun and the Moon are also called planets, because this ancient ‘science of the stars’ counts ten planets – those of the Solar system, including disputable Pluto, and the luminaries, the Sun and the Moon. The Sun is the first of the personal planets.

Personal planets are the most important category of planets, one that tells about the essential characteristics of an individual. These are the Sun, the Moon, Mercury, Venus and Mars.

Each of them has specific meaning and it reveals one ‘side’ of someone’s personality and the whole being, so to say. The Sun is the first and the most important, since it reveals your basic, essential personal traits.

The Sun is, by all means, essentially important celestial body. We do not need astrologers to tell us so, especially if we were skeptical towards alternative sciences and paths, such as astrology is, in the first place. The Sun is, literally, the light of our life.

Without the Sun and its bright and warm rays, there would be no life on Earth. At least, no life as we know would ever emerge; we cannot think in such categories, anyway.

In astrology, the Sun plays the vital role. It takes prominent place in individual natal chart and it tells much about the individual person.

Besides your zodiac sign, the Sun also determines other elements of a natal chart and those also affect the Sun’s role and meaning in an individual case. The Sun also matches one of astrological houses. Let us see what it means.

Astrological houses are one of the most important elements of natal charts.

If we take planets as indicators of specific energies, that is, each planet represents and emits special cosmic energy, and if we take zodiac signs as manifesting examples of those energies, astrological houses represent fields of life in which these energies ‘work’.

There were twelve astrological house and they represent different fields of life experience of an individual.

How those houses reflect on our lives? If you have many planets in one astrological house, it means that this particular field of life would be very dynamic; you will have very intense experience regarding this particular aspect of your life.

For example, if many planets hit the house related to family, it means you will have a very dynamic family life. This is a simplified illustration, meant to make things clear.

House could be divided in several groups. We have angular or cardinal houses, succedent houses and cadent houses. Astrological charts consist of four quadrants, which are divided into three more sections.

Angular houses are the first, the fourth, the seventh and the tenth house. They were also called cardinal, because cardinal signs rule over these houses. Cardinal signs are Ares, Cancer, Libra and Capricorn.

The meaning of cardinal houses and their nature are similar to those of cardinal signs. They represent action, manifesting self, in a way.

We could also have them as Fire, Earth, Water and Air houses, according to the essential elements. Fire houses are the first, the fifth and the ninth house and they have to do with life as it is and with life experience; with one’s impression of what it means to be alive and how it feels.

Earth houses are the second, the sixth and the tenth house. They have to do with needs and with practicality.

Emotions and matters of the soul are related to Water houses.

The First House is the most important house in astrological readings, many would agree.

However, it is but an element of one’s natal chart, so we cannot say that only the First House determines everything about a person. It does tell much about you, nevertheless. It is a cardinal and a Fire house.

Let us see what kind of information it offers and which area of life does it rule.

This house is considered the most important one, because it reveals our basic traits, characteristics, predispositions and potentials we have in life.

For the greatest part, this astrological field is related to one’s moment of birth, to the beginnings of a person, so to say. It has to do with our physiological constitution, but also with our temperament.

Individual future would depend upon the complex of astrological aspects; the First House as it is, with planets in there, does not define the whole thing.

Ascendant is the most important element here – the top of the First House. Ascendant represents the head and it defines mental profiles of individual personalities.

It also affects one’s representation and behavior, having an impact over the whole horoscope.

What does it mean to have the brightest of stars, the life giving and personality defining Sun in the First House?

The Sun in the First House indicates that the person in question was an extrovert, an energetic, very expressive, temperamental and self-confident individual.

This person is honorable and dignified, very optimistic, open, spirited and brave. This individual has strong will and firm character. He or she is someone one cannot easily bring down.

The emphasis is on one’s self-conscience, related to potentials for success.

This position of the Sun indicates purposeful self-awakening; one should become conscious of their positive qualities, advantages, skills, talents and capacities that would bring him or her to success, in the easiest way possible.

This means that the person could achieve amazing things in life, by investing personal efforts to the maximum; personal, meaning the core of their being.

Giving your best is something that is expected, but, in this case, we speak about one’s essential inners strength, inborn strength and will.

Sun in the First House means that this person is someone self-confident and persistent; it is someone who would not crash at the first sight of an inconvenience or a failure. Sun in 1st house individual is someone who is well aware of his or her strengths and qualities as a whole.

This is a strong and extroverted person, who is capable of putting himself or herself above the situation, regardless of how difficult and hard to bear circumstances might be. This is a person of unbreakable, unshakeable spirit.

It does not mean that this person is not afraid of anything. It means that this individual fights on, with honor and bravery, despite the fear or danger.

This is a very self-collected personality; someone who is capable of keeping their dignity in the direst of life moments. This individual welcomes misfortunes of destiny as a challenge.

Everyone faces difficulties, but mot does everyone deals with them in the same way. These people do it amazingly well. They are ready to face any problem, precisely because they do not want to let them grow and become devouring.

Other people often find a person of admiration and respect in one First House Sun personality. This person leaves a mark. This is someone who has to be remembered for their grandiose, magnificent character.

As a matter of fact, this is an individual who loves being the center of attention and the type of person who cares much about their representation and reputation.

Sun in the First House – Energetic and Competitive

When the Sun is in the First House, it has to do with valuing life as it is, but also with life’s pleasures. This person is someone who really loves life and enjoys enjoying it.

What is more, this individual often has very high standards, which also shapes up their concept of joy and pleasure.

Petty things do not satisfy this personality. He or she needs something big, something important.

Winning their goals is very important to people whose Sun is in the First House. They put themselves difficult, challenging goals; they think big and would not accept anything but that.

They are also focused on achieving stability and security; they are ready to work hard to win it. They aspire towards socially and professionally high and influential positions and are very fit to achieve those.

This inborn competitive, aspiring spirit makes them turn everything in their life into a challenge and a conquest. It reflects in their love life, for example.

It is common to see them falling for a person who is, for any reason, distant and hardly reachable.

They challenge themselves, by trying to win such a person over. They could be incredibly attracted by someone of a higher status or someone who appears godlike in their eyes.

This is a person who is all set to win. Victory is in their veins. They want to be the first, the best, the recognized, adored, admired, and accomplished.

They are passionate and ready to take up the initiative; they are born to lead and not to follow. They are usually very charismatic and people like them.

What is very important to say is that these are generous people; they think and act towards constructive and positive changes for themselves, but also for people in their surroundings.

In synastry, we focus on your Sun in your partner’s houses. What does it mean if your Sun was in your romantic partner’s First House?

This is an amazing match, for this synastry phenomenon means you two share goals in life, which is, one has to agree, the most important bond between partners.

It means that you two probably share many interests and that your view on life and on relationship was the same or very, very close.

You share goals, which is amazing. In addition, this position if the sun in synastry has to do with a strong physical attraction between partners, since both the sun and the First House have to do with representation and with what is manifested, obvious, touchable and visible.

In certain cases, it happens that this position induces conflicts, but it would greatly depend on aspects in synastry.

Speaking about relationships and married life, this should be taken as a very positive element. It means that you two are attracted to one another and that it is a strong and a healthy feeling that should live on.

It also indicates great mutual understanding, tolerance and admiration. You strengthen one another’s personality by being together and sharing life.