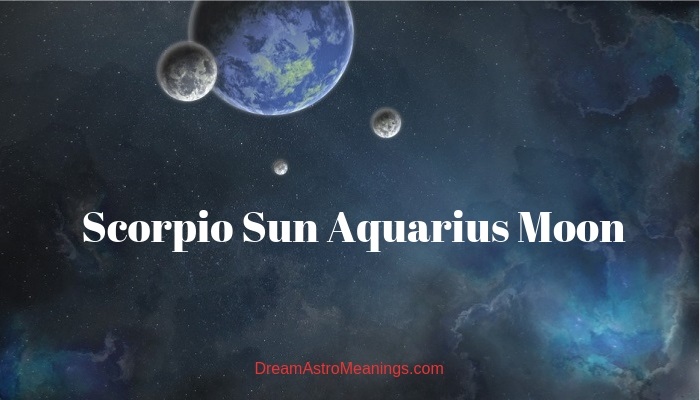 The Sun and the Moon, the planets and the stars…all of them have been inspiring so many questions about our known world and everything that lies beyond it, distant and unreachable.

In ancient times, people were convinced there were gods looking down from heavens and that these heavenly bodies were deities themselves.

Constellations we know today are named after mythical beings, heroes, and entities from ancient, legendary past.

The roots of Western astrology lie in far past, in ancient Persia. Astrology was introduced to the Western world through Greeks and Romans, spread across Europe and further into the world. Western astrology is what we talk about today.

There are other influential and amazing astrological systems, such as those from the Asian continent, namely Vedic and Chinese, as good examples.

These systems differ of course, but the main idea remains the same.

Planets, stars, and phenomena not of this earthly world affect human lives and even individual destinies of each one of us.

Horoscopes are the first thing to come thinking about when someone mentions astrology.

There are several different types of horoscopes, though. We will focus on personal horoscopes.

These are delivered from an analysis of a birth chart. Birth chart is a complex diagram featuring elements found in the Solar system, since modern astrology is based upon it.

The sun is, logically, the central point.

The Sun in one’s horoscopes represents the essence of a personality. It is about one’s personal strength, one’s Ego, temperament and character.

Astrologically speaking, the Sun is one of so-called ‘personal planets’, which are responsible for development of someone’s basic identity.

It is the foundation stone of your personality as a whole.

It tells about the strength of a character, organizational skills, need for recognition and acknowledgment, ambitions, will for life and positive motivation and inspiration.

It is a principle of creation and, thus, it supports one’s creative potentials.

The Sun’s purpose in a personal horoscope is to glorify the symbolism of one’s native zodiac sign, the Sun sign.

The Sun sign defines who you are and what others can say about you, for a great part. It is your active energy, your expression and representation.

The Sun enlightens you and supports all of your potentials, defining them as well.

However, all other planets and aspects seen in a birth chart affect it. Your Sun sign is the first thing people would notice about you.

The Sun in Scorpio makes you a Scorpio personality, one that features all the basic traits ascribed to all Scorpios.

Scorpios are considered the most mysterious zodiac representatives, while, at the same time, they are ones the easiest to recognize in a group of people. Scorpios have that kind of duality within.

They appear old and calm, while they are loaded by intense emotions on the inside. They seem untouchable and invincible and, yet, they are vulnerable and sensitive.

However, Scorpios may be the best actors of the Zodiac and not in a particularly negative way.

They are not even faking it, if that could be said for any kind of ‘acting’. Their multiple attitudes are all parts of their enigmatic personalities.

More importantly, Scorpios have no tendency to use their disguising skills so to cheat on people or trick them.

They use it mostly to protect themselves from harm or to leave a desired impression.

These are people of principles, moral and honorable. Scorpios are very sensitive to ideas of betrayal, injustice, false friendships.

If you happen to deceive them, which is very unlikely thanks to their strong intuition, or, at least try to, be sure they would turn their back on you in despise.

Scorpios do not hate; they do not bother themselves with deceivers and tricksters, but they do not forget.

They are however, obsessed by their inner struggles. They are extremely emotional, imaginative, intelligent and idealistic beings.

They are attracted by darkness, by everything that is considered forbidden, odd, and even perverse.

The deepest and the darkest corners of the human soul interest a Scorpio, because only by knowing those one could raise above all that is considered low.

The other side of one’s personality is the Moon side. People are beings made of dualities; that is how we perceive ourselves, for a great part.

The sun sign has its counterpart in the Moon sign. The two cannot exist without one another.

The Moon energy is subtle, of mysteries and of the night. It rules our dreams and imagination. Before everything else, it rules over our emotions.

The Moon helps us feel the world we are surrounded by. It helps us make deeper connections with our environment and the people in our life.

All the Sun’s shining light worth not much without emotions that make it lively and more flexible.

Yes, the Moon adds flexibility to our characters, being closely associated with the ever-changing element of Water.

The Moon shapes up one’s emotional response to all sorts of situations in life.

This is because the Moon is somewhat passive, compared to the Sun. It is not expressive, but impressive.

The way we are going to receive and react to different things in life is influenced by our Moon sign.

The area of life that would challenge our emotional response the most is the house that matches the Moon is our natal chart.

The Moon in Aquarius indicates a person with philanthropic, humanitarian and altruistic point of view.

People with the Moon in Aquarius are noble hearted and dedicated to some higher purpose of their own, which is always a part of a much bigger plan, a much more important purpose than that of an individual.

Their whole being is dedicated to global welfare and well-being of all humanity.

Moon Aquarius’ are empathic, but not that much about one particular person, but the whole humankind.

They feel others’ problems and they would always offer to help. They see something bigger in it. Helping one means helping all.

They strongly believe we are all deeply connected on a special, spiritual and energetic level. In all of this, a Moon Aquarius is an individualist, with original ideas, in front of our time and with the purpose of a better world.

They are tolerant, full of understanding and kindness. They are empathic on a higher level, because, otherwise, they would break down easily. They never drown in despair, but see how to make things better.

Aquarius Moon is a servile personality, in a way, but not susceptible to exploit and manipulation.

He or she serves the ideals of theirs and these ideals are always benevolent and pure in their eyes.

With the Sun in Scorpio and the Moon in Aquarius, we get an incredibly noble hearted personality, ready to sacrifice him or herself for the greater good.

Scorpio Sun Aquarius Moon is a martyr, someone dedicated to a higher cause. They are not typical Scorpios, focused on themselves.

These personalities believe they are important; their importance, however, lies in a mission of helping the world become a better place.

They take things very emotionally and it could cost them nerves, health and energy, but they are still strong enough and they would never give up their cause.

They only take it the harder way, as it was their inevitable destiny, no matter how hard to bear at times. They carry their ‘cross’; it could be possibly the most fitting description of this passionate idealist.

Deceit, betrayal and injustice hurt them even more, especially that done to those who are weak and who cannot defend themselves; something similar as a Scorpio Libra, but more visionary.

They see themselves as noble knights, those destined to protect and to defend.

They are ambitious in it and they have great imagination and all the ingenious ideas of an Aquarius. They are at great risk of becoming fatally obsessed with their cause.

Scorpio Sun Aquarius Moon are noble characters who can make a change on a bigger plan and actually help many people.

They are ready to commit themselves to such a cause, even though Scorpio is by definition a self-centered sign. This is a different, more humanitarian Scorpio.

These people are visionary and insightful, highly intuitive. They are honest and of pure hearts.

Their visionary and highly imaginative nature could make Scorpio Sun Aquarius Moon individuals superstitious and obsessed with their ‘mission’.

If they believe they are destined for something, they could go against all odds to make their destiny come true, even if it means doing bad things.

They are susceptible to zealotry. They could also become very criticizing and unappreciative of others’ causes and opinions in general.

Scorpio Sun Aquarius Moon seek for devotion and freedom in love. At first, it may seem contradicting, but essentially, it is not.

They need the liberty of their soul and mind, but also a lover fully to commit to.

It means they need someone to share their ideals; otherwise, things would probably do not work. These people do not decide on a relationship so easy.

They need to know everything about their potential lover; they need to be interested and inspired first.

Once in a relationship or a marriage, they would show all the kindness and affection to their chosen one.

They are highly individualistic and they often have original way to keep their relationship full of excitement and joy.

As we have mentioned, the best choice would be someone with the same goals and ideals; Scorpio Sun Aquarius Moon may have tolerance and understanding for the people in general, but, in love and mutual life, there are rarely compromises.

They need a lover to trust their life with, to love them with passion and to respect their free spirit.

These visionary and individualistic personalities are certainly one of a kind.

Scorpio Sun Aquarius Moon are in front of their time with their ideas and ideals, but fully present on the emotional part.

They are dedicated to the greater good. They believe in noble causes and they would boldly defend them. They are kind of humanitarian Scorpios.