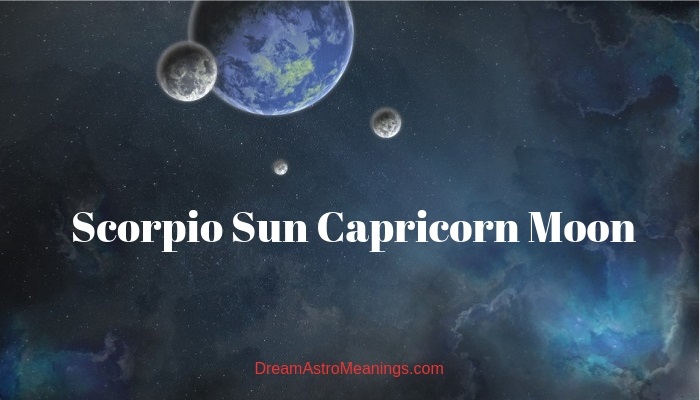 Then and now, for millennia and centuries, people have been looking into the starry sky, trying to figure out what lies beyond the sparkling velvety vastness of the universe.

We keep wondering if there are forces higher than we are, affecting each one of us and ruling over our mortal earthly lives.

In modern age, advanced technologies help us travel further and deeper into cosmos, but none answers questions of our purpose, destiny and existence as it is.

Alternative approaches are trying to answer the same thing. Astrology, now considered a pseudo science, has been doing so since the dawn of civilization.

It is an old, well-established practice with all characteristics of an official science. Astrology is a serious thing; it is more than daily newsfeed horoscope for your native sign, which is for sure.

Astrology is focused on a life of an individual. Actually, it is only one part of astrology as a whole and it is called natal astrology.

We speak in its terms, since we are about to analyze specific astrological profiles.

Of all elements important for an astrological analysis of a personal horoscope, the first important elements to consider are the Luminaries, the Sun and the Moon.

The Sun is the center of our little Solar system universe, although it is huge and distant to us.

Western astrology is based upon it, unlike some other great astrological systems that follow lunar calendar, such as the majestic Chinese astrology, for example.

Being the central element in the Solar system, the Sun also makes for an essential element in personal horoscopes.

It represents the central place in a personalized birth chart. The Sun represents one’s true self, the essential characteristics of that person. It represents your nature, attitude and temperament.

The Sun brightens up your personality and gives you the will to live, to develop and grow and, above all else, to create. The Sun is a powerful principle.

The Sun stands for profiles of kings, knights, judges, generals and so on. It represents nobility, positivity, greatness, goodness, generosity and authority.

All of these qualities could turn very bad if aspects for the Sun sign are wrong.

Thus, one becomes envious, ill ambitioned, vain, deeply insecure about their own values and qualities, aggressive, intrusive, demanding and else.

The Sun sign is greatly influenced by other elements in a birth chart, so there are never ideal representatives on one particular native, Sun sign.

Scorpios are the most exotic and enigmatic representatives of the Zodiac.

People often describe them that way, having no actual idea why, since a Scorpio simply shows up, sits down quiet, and fakes complete indifference.

They are indeed mysterious, because their minds and their souls are deep and wandering in realms we do not know.

Scorpio is one of the most emotional signs, but he or she would rarely speak about their feelings openly, unless they have full trust in you.

For one part, they do so to save themselves from harm and to maintain their enigmatic aura; for the other part, they have no need to share their feelings and thought with everyone.

They are very independent and resourceful people. Scorpios live according their principles. With good aspects, they are moral, just, trustworthy and loyal.

Scorpios are very brave and self-reliant. Although sometimes they make drama over minor issues, mostly out of jealousy, they rarely ask anyone for help.

They are mostly self-centered, but not malevolent towards others. Scorpios are also, reliable, supportive and protective.

Their hearts are knightly and noble, although they appear dark. If you tell them a secret, they will hold it a secret for life.

The other side of your personality is your Moon sign. It is inseparable from your native, constituting you as an emotional being.

While the Sun sign rules your mind and consciousness, your active energy and your expressions, the Moon affects your soul from deep within, awakens your emotions and your intuition.

The Moon is a dreamer, a voice beyond consciousness, an inner guide you should never neglect.

The Moon is of a changeable nature. It makes one flexible and adaptable, but also moody, insecure and nervous.

It all depends on Moon’s quickly changing phases and, of course, its position in one’s birth chart.

The place it sits in a birth chart represents the main source of emotional turbulence in an individual’s life; the source of the greatest vulnerability and the strongest of emotions.

Without it, not much of your Sun sign’s energy would be properly used. There is no reason without duality seen in emotions. Both are sides of the same coin.

The Moon sign determines your emotional nature, the degree of your sensitivity and emotional deepness.

The Moon is in exile when in this sign, which makes its energy blocked and restricted.

Many of the Moon’s natural potentials are never allowed to show up in this strict, organized and diligent Saturn’s sign, Capricorn.

Capricorn is ruled by Saturn, which makes its energy opposite to Moon’s subtle, emotional nature.

Moon Capricorns are emotionally closed and cold. Their soul is like a tall fortress, with thick walls, raised on a high hill.

They let anyone in without negotiating. Many times, they are actually uninterested in making any connection that is not practically purposeful.

Moon Capricorns are distant and hard to reach. They have emotions, of course, but they see to control them.

However, it is not as if their emotions are aggressively suppressed; they are not particularly empathic or sensitive by nature. They are moral, honest and traditional.

Conventional family values are something they strictly follow, for example. They are dutiful, loyal and ordered. They have ambitions and are focused on their goals.

They may have problem when wanting to express their feelings. Since their nature is cold, their emotional extrusion tends to appear awkward and artificial, as if they are acting.

It is because they are not used to showing emotions, especially gentle, romantic ones.

It makes them leave a wrong impression, even if they would like to make someone aware of their warmer feelings and affection.

Scorpio Sun Capricorn Moon is a fierce and ambitious personality, conflicted from within.

Their incredibly emotional Scorpio constantly fights the strict and cold Capricorn. They are thorn between many opposition found within.

Moreover, they are aware of that, but cannot help themselves.

Their personality is a struggle. Their personal mission is to overcome their inner conflict and harmonize their strict disciplined mind with deeply emotional soul.

It makes them extremely intriguing characters. These people are dignified and appear very self-confident.

Part of hem tries to hide the battle that rages within and is very successful in doing so.

If they manage to balance their disciplined and highly moral Capricorn side with their idealistic, emotional and principled Scorpio, they could reach incredible heights.

Their overall attitude and view on life is positive and optimistic, although they appear fanatical and at the edge of the cliff above the abyss of total darkness and depression.

They believe in their ideals, no matter how distant and ideal those might appear.

If they did not believe it, they would never invest so much energy and effort into pursuing their dreams.

They could invest their emotions into their ambitions and pursue their dreams.

They could apply their emotions practically, listening to their intuition along the way. There is nothing to stop them.

Although ambitious and very self-centered, Scorpio Sun Capricorn Moon is guided by values of honor and moral; they would never take advantage of others and ‘run over dead bodies’.

Of course, such an intense character could develop many bad traits. Scorpio Sun Capricorn Moon could turn out to become very cold and distant, while actually burning out from the inside.

If aspects are bad, emotions are restricted; for one part consciously, for the other by habit.

They could become obsessive and fatalistic, unable to see anything between the glorious victory and success and the deepest darkness and failure.

These people could be extremely hard to deal with, because they are stubborn, not only mentally, but also emotionally, as well.

If they have decided to feel bad over something, you literally cannot cheer them up, not even for a second.

They have tendency to torture themselves over things that already trouble them, being completely unable to focus on actually resolving such issues.

They need fully to trust their potential partner and to be enchanted by his or her character in all regards.

They need to be fascinated by their lover, wanting to know everything about him or her.

They are ultimately devoted lovers and they expect the same from their partner.

The best match for Scorpio Sun Capricorn Moon is someone who will love them passionately and be forever loyal and devoted partner.

They need kind of a proof of that and they would recognize it in a person. It extremely rarely happens they were cheated on.

They need a lover to adore and respect them, the one with whom they would share their darkest secrets and their greatest joys.

Scorpio Sun Capricorn Moon people are honorable and brave individuals who mostly rely on themselves.

They are courageous and daring, but thoughtful and analytical, at the same time. It happens their emotions cloud their reason or vice versa.

They have an ongoing inner conflict rarely any other person has.

Their bravery lies in being noble and brave, even with this everlasting inner struggle. They are idealistic and highly respectful individuals.