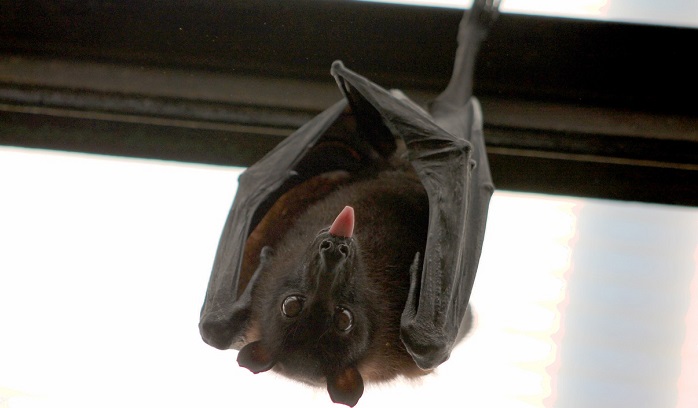 Bats are flying mammals with usually dark symbolism related to them. Most people find them creepy, to say the least. This reputation is somewhat undeserved, and these poor creatures didn’t do anything to provoke such negative symbolism.

We could say, their mere existence and behavior caused such a reputation.

These animals are very agile and skilled. They can sustain their flight and re very maneuverable. There are over 1,200 species of bats, ranging from the tiniest in size up to giant bats with a wingspan of up to 1.7 meters.

It is estimated that bats comprise around 20% of all mammal species in the world. They are spread all over the world with the exclusion of cold climates which they don’t inhabit.

They have the ability to orientate in darkness using their echolocation skills. This ability is so powerful that enables them to avoid potential obstacles and hurt themselves.

Many bats feed on insects or fruits, but there are species, such as the vampire bats which feed on blood. They are mostly nocturnal animals, and they spend the day in caves or other secluded spaces, or even trees.

Almost all bats (97% of them) enter a state of torpor, which is a state when the body decreases its activity, decreasing the body temperature and metabolism.

Bats needed to develop this ability because they during their activities they use a lot of energy, their food supplies are not reliable, and they don’t have ability to store fat. They can reduce their energy expenditure by 99%. Some of them enter hibernation during summer to keep cool.

They are useful because they pollinate flowers and disperse seeds, which enable the existence of many plants, mostly tropical. Bat dung can be used as fertilizer. They also consume insects and they reduce their numbers. Some countries use bats as a food source.

Bats can also represent a threat because they can transfer some deadly diseases such as the rabies.

Bats who feed on blood usually target prey which sleeps. They pierce the animal’s skin and lap up the blood with their tongues. They prevent the blood from clotting using the anticoagulant in their saliva.

These unusual eating habits some bats have contributed to the bats’ sinister and evil symbolism. 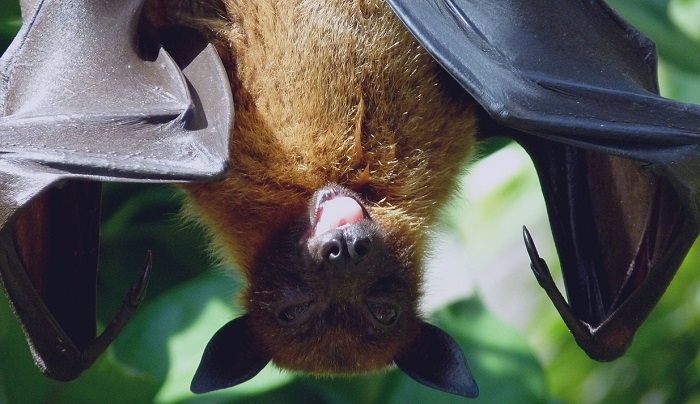 Due to their unusual appearance, their silent flight and ability to sustain it, and their nocturnal activities, they are since ancient times in most cultures considered a bad omen of death, darkness, misfortune, witchcraft, vampires, malevolence, etc.

During the middle Ages, bats were used as symbols of the devil. Even nowadays the devil is presented in images with bats wings.

Bats were symbols of all sinister and evil, witches, black magic, spells, magic potions, witchcraft, demons, sacrilege, etc. Most of these attributes were undeserved; people simply didn’t know anything about bats and their eerie presence caused shivers down their spines.

Some medieval superstitions/beliefs related to bats are amazing. It was believed that witches gain power rubbing their brooms with bat’s fat.

People who wanted to become invisible were supposed to carry a bat’s eye with them to achieve that. Warriors who wanted to protect themselves against being hit in the battle rubbed their bodies with bat’s blood.

Many love spells were using bat parts as ingredients in the recipe to attract someone’s love interest into their lives. These beliefs and many more were widely spread among the people of these times.

In some cultures, bats are considered evil spirits who attack and molest their victims. They were also considered a symbol of destruction, decay, and the dead. In ancient Mayan tradition bats were related to the underworld.

Mayans associated the bat with a deity, who tested the souls of people with a sword, but he was expected to have mercy on them.

Bats are not depicted as evil in all cultures. Some consider them a positive symbol. In China, on the contrary, bats are considered a symbol of good fortune, joy and happiness. They even have the symbol of the “five bats” which symbolize the “five blessings”: longevity, health, wealth, love of virtue, and peaceful death.

Contrary to the Eastern cultures, in the cultures of the West, bats are usually symbols of evil, the devil, black magic, witches, vampires, the night and its secrets, etc.

Bats are often considered symbols of death and rebirth. That is symbolically presented by its daily dwelling in the caves (womb) of mother Earth, and emergence every evening around dusk. The bat is symbolically reborn every night.

People have feared bats since ancient times because of their frightening night appearance and the screeching sounds they produce. Many symbolic meanings attributed to bats are a consequence of these fears.

In the folklore of many countries, bats are depicted in a very negative manner. They are related to witchcraft and witches, as well as vampires. In some European cultures it is believed that the vampires turn into bats, so they can suck the blood from their innocent victims.

The unusual fact is that these attributions to bats were made much before people in Europe found out about the existence of bat species who feed on blood. Vampire bats inhabit South America.

Considering this fact, the origin of relating bats to vampires and witches is still not certain.

The only reasonable explanation is that bats are nocturnal creatures who tend to shy away from other beings, especially humans.

Dreams about bats usually have a negative connotation. They symbolize darkness, negativity, fears, obstacles, problems, etc. It is usually a sign of difficulties you will encounter soon.

Maybe you will be annoyed by something or you might experience something which will cause grief and sorrow.

Especially dreams of flying bats have a negative meaning, signifying sadness and other negative feelings.

If you dreamed of catching a bat, that is considered a good sign, indicating the end of a difficult period or getting rid of something which was disturbing your peace for a long time.

If the dream about bats scared you, that dream has a great significance for you. It usually indicates some negative traits in your personality you need to work on changing. Try to figure out which are those traits.

A dream about bats often indicates broken promises and deceit. It could also symbolize something secretive and unknown or something you fear of.

For deciphering the meaning of a dream featuring bats, it is important to take into consideration whether you are afraid of them or not.

If you are not afraid of them, then this dream could have no significant meaning for you. If you are afraid of bats, you should pay careful attention to the all details of your dream and they will give you the clue to the parts of your personality or the area of your life affected by fear or other negative emotions.

Sometimes dream about bats flying can be an omen of receiving some bad news in the near future.

A single bat approaching you can indicate some bad situation or circumstances which you can control, but a swarm of bats flying towards you indicates some circumstances or a situation which is beyond your control and is negatively affecting your life.

What does seeing a bat in the house mean?

Having all these facts in mind, and the mostly undeserved reputation that these flying creatures have, it could be safe to say, that a bat losing itself by chance in your home isn’t a bad sign, and nothing to worry about.

Some people would not agree with that, and it is their right. In many cultures throughout the world, bats are still stigmatized as a bad omen and symbol of evil and dark forces.

One of the widely spread Christian beliefs was that the devil flies into people’s houses disguised as a bat. Maybe the roots of the superstition of a bat in someone’s house being an evil omen lie in that belief.

For superstitious people, bats are most certainly a bad omen. For those that are not and don’t have any other cultural beliefs related to bats, a bat in the house can represent a nuisance they need to figure out a way to get rid of.

Another category of people are the ones who are scared of bats.

For these people, bats are definitely a negative occurrence they will try hard to forget as soon as possible.