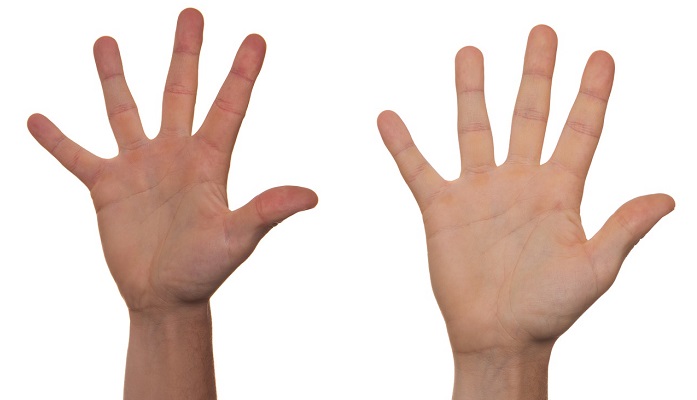 Since ancient times, our palms have been believed to hide secrets of our destiny.

Palmistry or chiromancy, from Greek words kheir, meaning ‘a hand’ and manteia, meaning ‘divination’, is an old practice.

Besides the lines, chiromancy analyzes the shape of the hand, fingers, nails, texture and color of the skin. This is a very old divination practice and it is believed that it originates from area of modern day India and China.

The earliest historical source that mentions this practice of divination is more than two millennia old.

During golden ages of Greek and Roman period, chiromancy was introduced and spread over the European continent. The first to mention chiromancy in the Western world was the famous Greek philosopher Aristotle.

During the dark ages of European medieval period, the interest for chiromancy faded, along with many others, only to be revived in sixteenth and seventeenth century.

In this era of renewed interest for the occult and mystique, chiromancy came back into light.

The oldest book about chiromancy is a Polish one from 1600s. Amongst the most popular works on chiromancy were works of Adrien Adolphe Desbarolles, who is considered the father of modern chiromancy, and that of Count of Saint-Germaine, both from the late nineteenth century.

Since nineteenth century, chiromancy has been becoming more popular, of which testifies great number of books written about the subject.

There were even attempts of making palmistry an official scientific discipline, but it remained labeled as an alternative one. Many people still believe palmistry is just a superstitious business.

However, modern researches showed that there is a connection between the appearance of people’s hands and individual hormonal differences.

In one research, scientists measured finger lengths in seven hundred and twenty participants. The results showed that individually different hormonal concentrations are much related to the length of fingers.

This study showed that the more testosterone is produced in the embryo, the longer is the ring finger in comparison with index finger. This connection is especially visible in women who have higher concentration of testosterone.

People with longer ring finger are more sporty and active type than talkative ones, the study showed.

These are only some examples that could explain the mystical power of chiromancy and the accuracy of a skilful palm reader interpretations. There are numerous elements that have to be taken into consideration in palm reading.

Today we focus on the shape of the triangle in palmistry, an element most of people are not very familiar with.

When someone mentions palmistry, chiromancy or simply palm reading, people first think of life line, love line and hope the palm reader would tell them how many children they would have, when they would get married, will they be healthy and how long they would live.

Palm lines could give us many answers. Palm mounts are also of great importance.

They are named after the planets of the Solar system, which tells us palmistry has to do with other alternative practices. Let us see what each mount stands for.

The first one to look at is the mount of Venus. This is the area around the thumb finger and it is associated with our emotions. If this area is round and convex, the person is very likely a warm, temperamental and loved one.

Flat and unaccented mount of Venus tells about a shy personality, while a mount full of lines suggests a person who often changes romantic partners.

Jupiter’s mount is located just beneath the index finger and it is associated with organization of life. When it is well shaped and accented, it tells about an open and honest personality.

Elongated or a mount of irregular shape tells about a person who is indecisive and insecure about making life decisions in general. Lines on the mount of Jupiter tell about dignity and pride.

The mount of Saturn is just beneath the middle finger and it is related to things in life determined by destiny, because from this area the line of fate begins.

If the mount was well shaped, the life is going to be long and happy and vice versa. Worth of mentioning that Saturn is a pretty tricky planet in astrology.

The Sun mount or the mount of Apollo is the area just beneath the ring finger and it tells about the artistic skills of a person. Apollo was the god of music and patron of arts, amongst other things.

People with elongated Sun mount have wide perspective of the world, while those with irregularly shaped or striped with lines are usually strict perfectionists.

The Mercury mount is beneath the little finger and it is associated with rational thinking, analytic character. If it is raised, it indicates a personality with good trading skills.

The mount of Mars is just beneath that of Mercury and it is about glory and marriage. Well-shaped mount of Mars indicates good marriage and vice versa. Many lines on this mount indicate potential for (military) fame and success.

The Moon mount is bellow the Mars one and it tells about the sentiment and idealism.

Neptune’s mount is located between the mount of Venus and that of the Moon, crossed over by lines of destiny and life.

Meaning of triangle in palmistry

We have gone through these basic interpretations of palm mounts, because triangle shape could be found on those. What does it mean?

You could notice lines in certain areas of your palm forming a triangle. If it was clearly visible, it is considered a good thing.

Let us find out what does it mean to have a triangle on palm mounts.

A triangle on the mount of Venus indicates a friendly, warm and loving personality. This marking tells that a person is kind and generous, but has high expectations when it comes to relationships and living conditions.

This marking tells about compassion for others and care. This applies if the triangle is concrete, closed. If it was broken, it indicates love affair, infidelity and recklessness about romantic life.

When a person has a triangle on the mount of Jupiter, it tells about his or hers (good) ambitions. A person with this marking looks forward to success in life, but he or she would never go over others to achieve it.

These people are diplomatic; they also have empathy and tolerance. A broken triangle on Jupiter’s mount indicates a person who is selfish, too proud of themselves and boastful.

Having a triangle on the mount of Saturn is good for psychic abilities and it is a good sign for learning. Broken triangles in the area of Saturn indicate dishonesty and thievery. Triangles found on the mount of Sun are auspicious sign. These markings indicate happiness in life.

Triangles on the Moon mount open opportunities for finding success elsewhere in the world.

This marking indicates travelling as a good choice for experiencing the world. Triangles in the area of Moon mount indicate a personality willing to widen their horizons. When a triangle on the Moon mount is broken, it is a sign of hesitation.

This means the opposite from the whole, perfect triangle; the person is hesitant and insecure about travelling.

It could be about physical travelling, but could perhaps be understood as an allegory.

Triangles on Mercury mount indicate great communication skills and public speaking especially. Triangle on Neptune mount also has to do with psychic abilities.

There are sometimes other shapes that could be found inside triangles. A star is a tricky marking in palmistry and has powerful meaning.

It should be well placed in order to be considered a good omen.

According to palm reading, a star found inside a triangle is not a good sign in terms of love and romantic relationships.

A cross inside triangles is another inauspicious sign and it indicates problems, usually related to family life or career. The cross is a mark associated with trials.