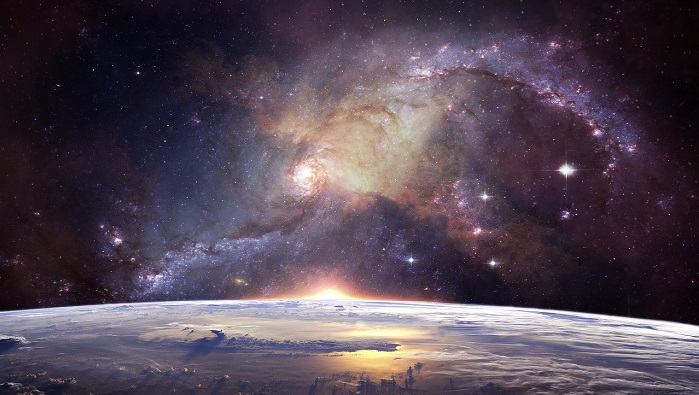 The nightly skies have fascinated humankind since the dawn of time. Sparkling in the distance, stars have always been reminding us of some other worlds and celestial forces that possibly affect the world of our own.

In all mythological, religious and spiritual system around the world, beautiful shining stars have found their place.

The mystery of the universe is reflected in them. Ancient cultures often identified stars with powerful deities.

Stars have often been seen magical and mysterious. Some stars were given names of deities of the ancient world and the very motif of a star has often been used as a metaphor for something that is higher, beautiful and enlightening.

Astrology, the science of stars studies the skies and reads destiny of the humankind from stars/planets.

Constellations are frequently mentioned in religious, spiritual and esoteric sources. Most of the constellation names originate from ancient mythologies that describe the creation of certain ones.

Stars have always been spiritually connected with the divine principle. Let us think more about astrology. The answer is hidden in the very name of this pseudo science.

Astrology derives from two Greek words, astron and logos, which mean ‘a star’ and ‘that which is said’. In Christianity, the term logos is identified with the wisdom of God and the very idea of God.

If we think about it this way, astrology, studying the stars actually represents a mean of understanding the divine word.

From a spiritual point of view, stars and planets, since some planets are also regarded as stars, affect our lives in mysterious ways.

Stars are often seen as symbol of divine guidance, of enlightenment or light in the darkness. Star of Bethlehem is a good example of symbolic di8vine guiding role of a star.

In addition, stars have been associated with angelic beings, including fallen angels. 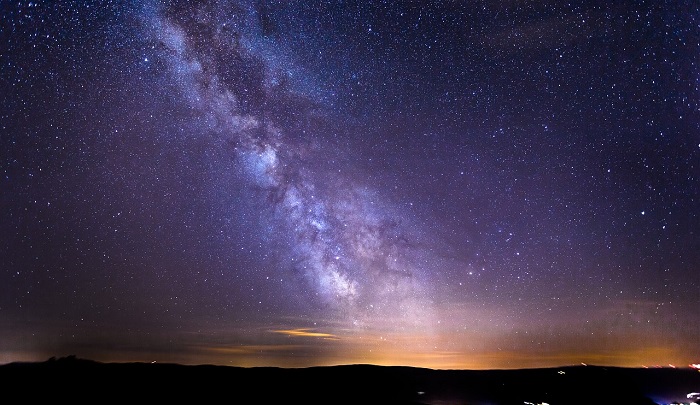 Symbol of a star appears in numerous cultures and traditions around the world. It always represents a celestial force. However, the meaning greatly depends on the use of a symbol and of its very appearance.

Generally speaking, stars are associated with mysteries and magic. They represent guidance, since the nightly sky has been regularly used as an orientation map.

People know sides of the world by looking up the sky. Ancient astronomers have calculated many things and got amazing perception of own world by looking into stars, observing changes in the night sky, motion of planets and so on.

Stars are one of the earliest symbols of guidance. Stars are often regarded as protective symbols.

Stars represent distant divine force or energy. All people, of all traditions in the world, look up the sky and stars in prayer. They send their wishes to realms above, hoping there is someone who listens.

Stars are far away and the also represent goals that are hard to reach or that are impossible to reach. To reach the stars figuratively, one must try really hard.

You probably know the old Latin quote that says Ad astra per aspera, which means one has to go through great difficulties to reach divine-like heights.

In this regard, stars often represent distant goals that are not for us ever to reach; on the other hand, they represent noble, bright and all-good goals. It depends on the point of view, cultural and belief concept in general.

We use the terms star to describe a person. On one side, it is only a synonym for great success that brings fame and glory.

On the other side, some people are described as stars because their aura is good and pure and they leave a mark in our life because of their good character. They shine out of the masses.

Symbolic meaning of stars is vast and complex, but it could be summarized into several concepts and ideas, that of divine, distant, miraculous, outstanding, bright, good, guiding and enlightening.

The Morning and The Evening star

The Morning and the evening star are actually one the same and, which is more interesting, not actually a star but the planet Venus. Ancient Egyptians and Greeks thought they see two celestial bodies and named it two different names.

It is inside the earth’s orbit and always close to the Sun in the sky. Before sun sets down and the sky get enough dark, we shortly see it beautifully shining at one side.

It is also seen on the other side, as leading the Sun into the sunrise and it is seen just few moments before the Sun rises. It is also mentioned as daystar. Greeks have named the Morning Star Phosphorus and the Evening star Hesperus.

Both are represented as minor deities in Greco-Roman mythology. The name Phosphorus is equal to Roman Lucifer and both literally mean ‘light bringer’.

In Christianity, these are associated with the Lucifer as a personification of the fallen angel, who rebelled against God’s word, the Adversary, although biblical texts do not explicitly say it was he in question.

However, a lot of symbolism was derived from these ideas. Lucifer is indeed regarded as light –bringer in some interpretations, the one who actually provided people with the light of knowledge.

While it is usually regarded as an ultimately sinful event, there are various interpretations.

According to some, this figure brings the light of knowledge into the world, just as the morning star bring new dawn. In other interpretations, the ‘satanic’ beauty of the morning star is seen as a decisive illusion; something that is breathtaking, but short-term.

If we put aside theological debates and think of the Morning/Evening star as Venus the goddess, we could associate it with feminine principle and all attributes associated with the beautiful deity.

Venus represents love, passion, desire, fertility and prosperity. It does represent earthly pleasures, which is also commonly associated with Lucifer, as seen as a fallen angel, the fallen star.

Spiritual meaning of shooting/falling stars depends on local traditions. It is a worldwide spread belief that shooting stars are miraculous signs and extremely positive omens.

These are signs of heavenly forces that guide and enlighten your way. All around world people would make a wish upon seeing a shooting star.

A shooting star is often regarded as a destiny sign, a good omen that proves you are on a good path.

It is interesting to note that in some Asian cultures, shooting signs represent the opposite; they are not seen as signs of guidance, but as bad and negative omens.

In Judaism and Christianity, shooting stars are associated with the idea of fall from heaven, more precisely, with fallen angels.

Satan is often regarded as a fallen star, according to some interpretations of biblical and related sources.

One of the most widely known and, at the same time, most commonly misinterpreted star symbol is that of Solomon’s pentagram.

King Solomon, who built the famed Temple of Jerusalem, was one of the most remarkable historical figures of all times. He was known by his great knowledge and wisdom, but also for his richness. King Solomon is the main character in many legendary stories.

He was known as one of the greatest masters of mystical knowledge of Kabbalah. The symbol of pentagram is closely related to this character. Solomon’s Pentagram should not be confused with Solomon’s seal, although meanings and ideas about both are often intertwined.

Speaking about the regular form of Solomon’s pentagram, it is important to note that it should be made out of materials corresponding with the sun, which is gold, or the Moon, silver.

Pentagram is meant to be worn on chest, so the other side is reserved for the Seal, which should represent the protection from danger.

The purpose and the meaning of this symbol is that it is the key to the greatest and the most secret knowledge.

It is meant to be used for good purpose, to make us one with the nature and makes us closer to the cosmic perfection.

Solomon’s pentagram is meant to open up our consciousness, which could help us develop on a spiritual level, but also to maintain our physical health and more.

Although pentagram is commonly associated with witches, black magic, and all sorts of other negative ideas, the true purpose and meaning of the symbol is exactly the opposite.

Other worlds and other times

People have long developed ideas that there were some mysterious races that come from the stars and once walked the earth. In modern times, there are many theories and whole movements related to aliens and NLO religions.

In all the traditions around the world, since the most ancient times until our age, stars have remained w mystery of the cosmos, just as the cosmos itself still remains enigmatic.

Stars are the past and the future, destiny of the universe written upon the heavenly vault. It is strange and hardly possible for a human being to fathom even the distances in space.

Some of the stars we see from our place on earth do not exist anymore; we are in their far past.

It may sound odd and it definitely raises many questions. Perhaps that is the everlasting magic of the distant, alluring and irresistible power of sparkling starry skies.