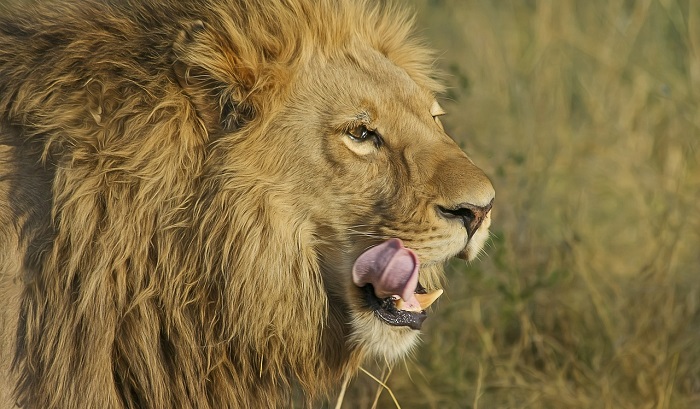 Lions and lambs are mentioned often in the Bible, both in the Old as well in the New Testament. Their appearance in the verses of the Bible carries a powerful symbolism and message.

These animals are mentioned in the Bible in different contexts.

The lion symbolizes strength and is represented as the strongest animal among all beasts. It also symbolizes power, destruction, sneakiness, endurance, danger, punishment, and brute force.

The lamb on the other side symbolizes meekness, helplessness, and peace. Lambs were often used as offerings to the gods and it is used as a symbol of sacrifice.

That is the reason why Jesus Christ is often compared to a lamb, because of the way how he was betrayed and sacrificed by humans.

The lions and lambs are mentioned several times in the Bible in a related context.

In the Book of Samuel in the Old Testament, in chapter 17, the story of the war between Israel and the Philistines is told. The Philistine giant Goliath, defies Israel, and puts a challenge to any Israelite to fight him.

Chapter 17, verse 8-10 say: “And he stood and cried unto the armies of Israel, and said unto them, Why are ye come out to set your battle in array? Am not I a Philistine, and ye servants to Saul? Choose you a man for you, and let him come down to me. If he be able to fight with me, and to kill me, then will we be your servants: but if I prevail against him, and kill him, then shall ye be our servants, and serve us. And the Philistine said, I defy the armies of Israel this day; give me a man, that we may fight together.”

Hearing these words, the people of Israel and Saul, the king of Israel, were very afraid. The future king David, who was then a shepherd, joined the fighting armies expressing a desire to fight the giant Goliath.

When King Saul heard David’s explanation of his desire to fight the giant, he gave him his blessing. In chapter 17, verses 33-37, David speaks to King Saul with these words: “And David said to Saul, Let no man’s heart fail because of him; thy servant will go and fight with this Philistine. And Saul said to David, Thou art not able to go against this Philistine to fight with him: for thou art but a youth, and he a man of war from his youth. And David said unto Saul, Thy servant kept his father’s sheep, and there came a lion, and a bear, and took a lamb out of the flock: And I went out after him, and smote him, and delivered it out of his mouth: and when he arose against me, I caught him by his beard, and smote him, and slew him. Thy servant slew both the lion and the bear: and this uncircumcised Philistine shall be as one of them, seeing he hath defied the armies of the living God. David said moreover, The Lord that delivered me out of the paw of the lion, and out of the paw of the bear, he will deliver me out of the hand of this Philistine. And Saul said unto David, Go, and the Lord be with thee.”

After receiving a blessing from King Saul, David, the future king of Israel fights Goliath and defeats him in the name of God, slaying his head. That act marks the defeat of the Philistines by Israel.

In these verses, the lion is described as a fierce animal, which not many people can defeat, comparing to the lamb as a defenseless creature. 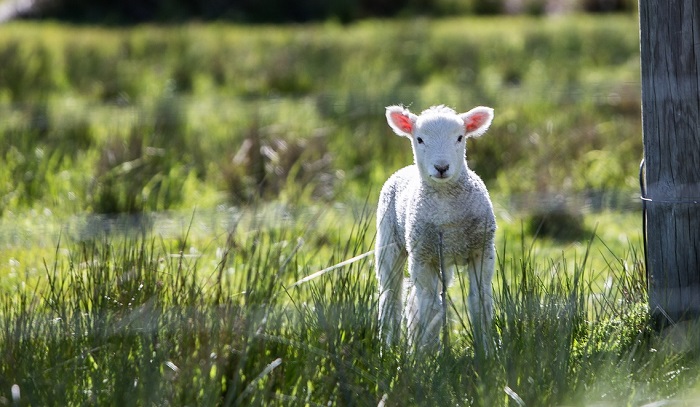 The symbolism of these verses describes the power which God almighty can give to any human if he has faith in him. With the faith of God, young David manages to defeat the horrid beasts, and kill the enemy giant Goliath.

That is how strong the faith in God is.

The lion and the lamb are also mentioned in the Book of Isaiah of the Old Testament. It is a book of prophesies of the prophet Isaiah which is talking about the destiny of Jerusalem.

In chapter 11, he talks about the age of righteousness and peace, where, as he mentions in verse 6 and 7: “The wolf also shall dwell with the lamb, and the leopard shall lie down with the kid; and the calf and the young lion and the fatling together; and a little child shall lead them. And the cow and the bear shall feed; their young ones shall lie down together: and the lion shall eat straw like the ox.”

In chapter 65, verse 17-19, God speaks about the building of the new Heaven and new Earth, where people who are loyal to God will be happy: “For, behold, I create new heavens and a new earth: and the former shall not be remembered, nor come into mind. But be ye glad and rejoice forever in that which I create: for, behold, I create Jerusalem a rejoicing, and her people a joy. And I will rejoice in Jerusalem, and joy in my people: and the voice of weeping shall be no more heardin her, nor the voice of crying.”

In verses 24 and 24 of chapter 65, God says: “And it shall come to pass, that before they call, I will answer; and while they are yet speaking, I will hear. The wolf and the lamb shall feed together, and the lion shall eat straw like the bullock: and dust shall be the serpent’s meat. They shall not hurt nor destroy in all my holy mountain, saith the Lord.”

These verses describe the peace and the beauty which will exist in the Kingdom of the Messiah.

These lines describe how men, with the help of God’s grace, will once again restore their true nature, of humbleness and meekness. These lines reveal how fierce and ruthless people, will become like lambs in God’s Kingdom.

These verses could also be interpreted as returning to the original innocence before the fall of man.

The initial sin caused all sufferings, but all that will be restored when the Kingdom of God comes. Those will be the times of the New Heaven and the New Earth, and only the ones chosen by God will end up there.

These verses literally mean that people, who were savage and cruel as beasts, will turn into mild and gentle beings, as they were originally created. It describes the harmony and peace prevailing among all people on the planet in the end.

These verses, and especially the part where it’s said that the little child will lead the beasts, could be referring to the coming of Jesus Christ when peace and harmony will be restored.

In chapter 5, verse 5 and 6, St. John says: “And one of the elders saith unto me, Weep not: behold, the Lion of the tribe of Juda, the Root of David, hath prevailed to open the book, and to loose the seven seals thereof. And I beheld, and, lo, in the midst of the throne and of the four beasts, and in the midst of the elders, stood a Lamb as it had been slain, having seven horns and seven eyes, which are the seven Spirits of God sent forth into all the earth.”

Symbolically, Jesus is the Lion from the tribe of Judah, the descendant of King David.

That is a confirmation of the fulfillment of the prophecy given in the Old Testament about the coming of the Messiah from Judah’s tribe.

Jesus is also the killed lamb because of his sacrifice. Both the lion and the lamb describe the true nature of Jesus Christ.

Lions are symbols of royalty and the comparison of Jesus to a lion, points out his role as a king in God’s kingdom.

In the New Testament Jesus is often compared with a lamb because of the symbolic relation to his sacrifice on the cross, where his blood was shed, just like a lamb, offered as a sacrifice to the gods.

In the stories of the New Testament, we notice that Jesus exhibited traits of both lions and lambs. He was powerful and merciless like a lion when it was necessary, and meek and gentle like a lamb in other circumstances.

In a way, it gives an example of how we should embody both traits and act accordingly in various situations, maintaining our faith in God.

As we saw, the symbolism of the lion and the lamb is used in important chapters of the Bible, in the Old, as well as the New Testament.

These chapters talk about the restoring of the world of peace, faith and righteousness with God’s help.

They talk about faith and respecting God’s rules here on earth. These actions will bring humanity and humans back to their original state and in back in Heaven, where they belong.