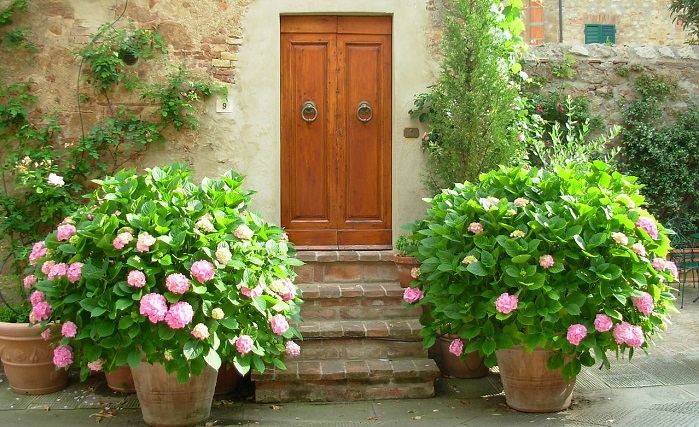 The greatest civilization achievements and inventions are scattered all around us, hidden behind the most mundane objects and habits.

Those are things we simply live with, live by, use it in daily lives and take them for granted.

However, in much older days than ours, such things were only distant ideas that had not yet been given material form.

One of major civilization inventions that significantly changed the concept of living was that of the doors.

According to scholars with expertise in socio-cultural and historical matters, the moment of the invention of doors changed human primitive habitat into actual settlements. Before that, humans hid and shelter; after that, they started inhabiting, housing, dwelling.

In architecture language, doors are a mechanical structure, simple or complex, designed in different manners, but serving the common purpose.

Doors were made to protect people living in certain closed object from outer dangers and threats, such as bad weather, wild animals, human enemies, burglary or else.

Another obvious, but very important purpose of doors is to allow people to trespass from closed to open space. It may sound simple and only logical, but there is much more to it.

To go through the doors and enter a house or another object of the sort from open space and vice versa carries too many symbolical meanings.

From the simplest and the most primitive materials and designs to decorative, complex and lavish designs, doors became an object of self-representation, as well.

The very appearance of doors suggests the social status of people living behind them.

In addition, doors are often meant to pass a message to those who would like to see what lies behind. 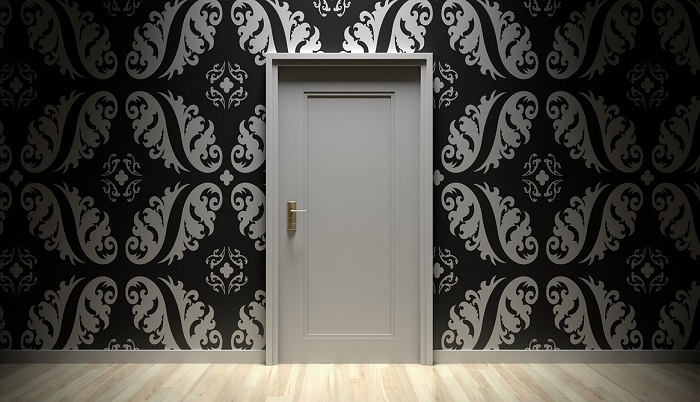 Along with development of doors design and decoration, the symbolism of doors became richer and more complex.

Speaking about symbolical meanings of doors, we consider all elements that doors consist of, including the board, the frame and especially the doorstep.

Basic symbolical meaning of doors is that of a passage between the worlds.

Doors represent a border; they divide and connect two worlds. Doors are an incredibly important element that illustrates dualities people live by.

They represent dualisms, such as that of the light and the darkness, richness and poverty, safety and danger, unholy and holy and so on. Doors mean protection, secrecy, and intimacy.

Behind the doors, people do things they do not do in public.

Truthfully speaking, those are not always the nicest things, but doors keep us all away from the spotlight and allow us to exercise both our nicest and the worst feelings.

Doors represent privacy and safe environment, if we look at them from the inside.

Once we enter our home and close our doors, perhaps lock ourselves inside, we feel safe and comfortable.

Even if we know that our doors are not particularly resistant; common doors on people’s apartments and houses are breakable and more or less easy to bring down, break in and else.

However, there is a power that resides in the doors. People know it is impolite simply to open someone’s door and enter their private space.

People leave messages in front of doors, if someone is not at home, they knock to see if there is anyone in, but are reluctant to grab the doorknob and just enter. We speak in common terms of urbanized environments.

The doors hold us back from interfering with someone’s private life.

The symbolic power of doors is strong enough to keep people away even if they know there is something not as nice taking part behind certain doors.

The doors suggest that it is not of their business. Doors protect the sweetest and the most intimate activities from the public, as well.

A look from the outside

If we think of doors from a perspective of an outside observer, the symbolism remains the same, but with additional meanings.

The doors also symbolize defense, forbiddance, restriction, a statement of power, the level of openness and else.

Sometimes, doors could also represent a threat. The very appearance of doors depends on the actual symbolism.

When you see doors made of some tough, solid material, armed with all kinds of alarms, codes and locks, it is pretty velar people behind the doors are not very open to visitors or that they have some good reason to raise the level of protection on a higher level.

Any doors rather forbid the visitor directly to interfere with privacy of the people behind.

Doors prevent you from knowing what is happening in the life of people behind the door. Doors defend them from you and anyone else on the outside.

They restrict your insight into lives of those people or any activity that takes part behind, regardless of its nature.

Seen from the outside, doors tell a lot about social and financial status of those behind.

If we think about doors in more abstract symbolical terms, there are many more meanings. As a symbol and a motif, doors could represent new beginnings, but also closures.

People use to say they have ‘closed the doors’ behind them when they want to express that they finished something they do not want ever to deal with again.

The idiom of closed doors is often used to express and describe finished business, definite breakups with certain habits, activities or people.

We lock our fears and bad feelings into rooms with doors of iron and steel and spikes, put locks on them and try hard to keep it that way. We push our inner demons into small cells and lock them in, closing the doors; they keep bothering us, but we do not see them.

We could also symbolically lock ourselves, separating from the outer world behind the imaginary closed doors.

People often say that once you close some doors behind you, another door would open in front of you. Open doors stand for an opportunity, hope, positivity and motivation.

For example, if you dream about open doors, it could mean you are entering a new chapter in life.

Open doors could also stand for insecurity, uncertainty and excitement about something new.

Open doors symbolize stepping into the world you do not know. Through the doors, you pass from the safe, cozy environment into a world full of challenges, uncertainties and risks.

It could be strange, it could be dangerous and it could be a wonderful experience. Open doors represent all of this.

In traditional concepts, speaking in terms of rituals and customs, the closed doors are a norm. Opening of the doors has to be symbolically motivated.

For example, in Slavic mythology, if someone died in the house, members of the household would open the front door and keep it that way until the family returns from the funeral, in order to let the soul of the deceased one leave the body and the home more easily.

If a woman were giving a birth in the house, people would open the doors to make the childbirth easier to her. It is a very symbolic act.

In many traditions that celebrate Christmas Eve, people would open the doors or at least leave it unlocked in order to welcome souls of their deceased ones to a Christmas Eve’s dinner. It is a solemn and a common custom.

Doorstep is the most important symbolical element of doors and the one associated with the oldest symbolical meanings related to doors in general.

All important events in family life are somehow magically connected with the doorstep, events such as wedding, birth and death.

Beliefs that associate doorstep with ancestor cults are as old as human civilization is and beyond.

Archaeological evidence suggest even in prehistoric times people would bury their deceased ones beneath the entrance to their home.

In numerous local traditions around the world, people believe souls of ancestors dwell beneath the doorstep, so it is commonly considered not a good thing to remain for too long standing or sitting at the doorstep.

The best thing would be to step over the doorstep instead of stepping onto it.

In some Balkan traditions, a bride is carried across the doorstep first time entering her husband’s home.

This wedding ritual is meant to please the ancestors and make them accept the new person at their place.

In numerous traditions around the globe, doorsteps of sacred buildings are taken seriously important places, sacred and respected.

People would kiss temple doorstep, doorframe or the doors of the religious place or fall to their knees in aw before the temple doors, for instance.