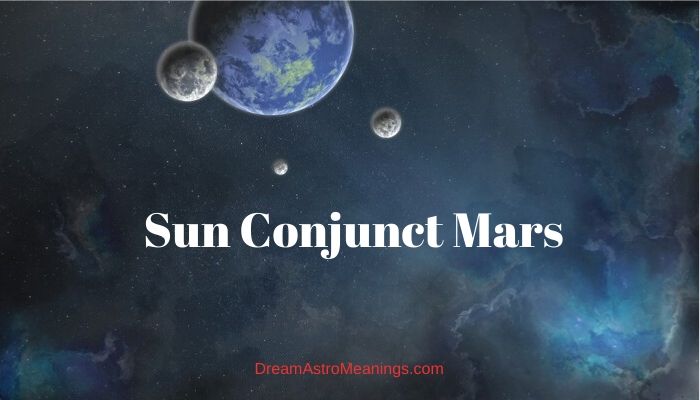 However, it is more than that. Horoscope or a natal chart is a rich field of astrological studies. Understanding natal charts or horoscopes is the basis of further analyses, such as synastry. What is astrology, in the first place?

You are certainly familiar with astrology being called the ‘science of the stars’, which is what the very term of astrology could be translated to. However, astrology falls under the category of pseudo sciences, in modern day.

There have been various opinions on status of astrology and those who are against claiming it for a science would argue astrology lacks proper methods, consistence et cetera.

We could hardly tell astrology lacks too much of these, since this ancient ‘science of the stars’ has its principles, rules and methodology.

However, the basis of astrology is old hermetic tradition idea of microcosm and macrocosm reflecting one another. To put it simply, it means that what is seen above is reflected on the earth.

In astrology, the macrocosm of universe reflects in the microcosm of a human being. Therefore, your zodiac sign is only one of the elements that constitute your natal chart, which is a sort of an astrological identification card.

A natal chart is an image of the sky at the time of a person’s birth; it is a diagram that astrologers create and this diagram shows the exact position of planets at the time you were born.

Data in a natal chart are unchangeable. In old times, it was thought that we are but toys in the hands of destiny.

Today, astrology follows another approach, far more humanistic one. Information you could see in the natal chart, that is, in the stars, is something you cannot change. However, the chart reveals your potential.

Astrological charts, personalized birth charts, compared or composite charts could pinpoint major events, but all else is more of an insight into potentials. By learning about these potentials, you could use them as astrological guidelines.

The better you know yourself or, in this case, the astrological nature of the connection with another person, the more you could understand it.

The most popular area of modern astrology is definitely comparative astrology, astrology of relations and, in particular, that of romantic relationship.

Today you could simply enter data of yourself and your (potential) lover into one of the numerous online astrological compatibility calculators and get the basic, simplified reading.

The interest into astrological compatibility is not a new phenomenon, some modern day trend. It has always been popular. In old times, people would consult astrologers to tell them what the stars have in store for them, regarding marriage, in the first place.

While it was for the practical reason, mostly, people have always wanted to know secrets about their love life.

Synastry is a type of comparative analyses. It analyzes two charts compared to one another and carefully observes the contacts they create. Each aspect is analyzed separately.

Another related type of analysis is composite chart report. It is different because the two charts are not compared, but merged into a new one.

Planets from one chart would form aspects with planets from the other chart. Aspects between the charts would determine the nature of that relationship.

In synastry, it is of major importance first to look into each chart isolated, in order to get to know astrological individuals involved.

Synastry alone does not define the outcome of a relationship, of course, if we could even talk about it in such terms.

Aspects are, as we have said, contacts between planets, specific angles they form. In synastry, aspects are angles planets from both charts create amongst themselves.

Not all the planets have to be involved and aspects are usually a mixture of easy and heavy ones.

Heavy aspects would restrict the flow, making the energies conflicted or tense; they could be considered challenging. Each synastry would present with the unique set of aspects and all else would depend on how you two manage the aspects, that is, the energy aspects produce.

Some people would be terrified to see too many ‘bad’, heavy aspects, but it should not discourage you.

Having only positive aspects is unlikely. Imagine if everything was ideal between the two charts. Well, it may sound like a fairytale, while, in reality, something like that would virtually become non-dynamic and boring. A bit of challenging aspects is a good thing!

It sets the things into motion. Too many bad aspects are not desirable, but who knows what those could bring you long terms.

It is extremely difficult to give any stereotypical interpretations of aspects in synastry, since the whole image has to be taken into account if we would lie to analyze a relationship from an astrological point of view.

Isolated aspects descriptions could, however, be of use. Do not take them as strict rules, but as a useful guideline.

There are five major astrological aspects that are important to look out for in synastry. They could be divided into two groups, easy and heavy ones.

However, one aspect stands out and it could be both. It is the aspect of conjunction, commonly said to be the strongest aspect in astrology.

The conjunction has to be a powerful aspect, since it represents planet matching places or standing very close.

Mathematically speaking, the conjunction represents 0 degrees distance between planets or up to 10 degrees of deviation. When planets are that close, their would energies conjoin and flow together.

In the conjunction, they will not work one against the other, but the overall nature of that new energy would greatly depend on the planets themselves.

A simplified view would tell that two malefic would give a negative energy, while two benefices would give the opposite. If one was a benefic and the other one is a malefic, it would be more complicated.

It sometimes happens that the planets cannot distinguish their own energies, being so strongly mixed up. It could be confusing.

In other old ones, the conjunction was not considered a separate aspect. In modern astrology, it is taken as first described. Being such an energetic bomb, the conjunction is, by no means, of great value in synastry.

Luminary planets, the Sun and the Moon are especially important in synastry interpretations. They are lights and they are important for any relationship, since they make partners see one another, in a metaphorical way.

The Sun is, most righteously, considered the first of the personal planets and the most important one in astrology.

The Sun represents all life, so no wonder all ancient civilizations adored sun deities. In Greek mythology, one of the sun gods, the primal sun god was Helios, son of the titan Hyperion. Helios was much loved by the ancient Greeks.

Greeks have believed that Helios lives in a golden palace, from which he would ride out, driving his bright chariot and give light and warmth to all earth.

Astrologers would say that it better to have it in synastry, even in heavy aspects, then not to have it at all.

The Sun is masculine principle; it represents the figure of a married man, in synastry. It represents our ability to give, to believe in ourselves and to be organized in life.

The relation between luminaries, between the Sun and the Moon in synastry reflects the practical aspect of the relationship. Suns in good aspects are typical for partnerships rather than romantic relationships.

Mars is another masculine planet, the planet of carnal aspect of love, the planet of material over the spiritual, an impulsive, active, vital and energetic one.

Mars is associated with ancient gods of war, Greek Ares, Roman Mars. Mars represents raw strength and energy. It is one of the most important planets regarding synastry, along with Venus.

Unlike the Sun, Mars represents the unmarried man. It reflects the carnal attraction in a relationship and this planet is often responsible for the chemical attraction that might exist between partners.

Mars person is usually the one who takes up the initiative. Mars represents competitiveness, desire for victory and glory.

Mars is associated with passion, with rage and anger, with incredible courage and vital energy. This planet brings a lot of troubles and conflicts, but it also possesses the incredible healing energy.

Having in mind that Mars is associated with everything that is tangible, carnal and passionate, one might assume how important this planet is in synastry.

These two individuals feel one another on a very carnal, chemical level; there is doubt about it. These two are both highly energetic and self-confident that it could happen that one incredibly stimulates the other one, while it could also turn into frustrating one another.

The negative side is characteristic for challenging aspects, but it could happen within a conjunction, having in mind how powerful each one of this is and what could happen when their energies become ever more intensified.

However, it is more likely that these two would work together, towards the same goal. They could really join forces and feed their connection to that precious and extremely strong chemistry.

This is a very tangible connection, but it is more than that. Each person knows what strings should be pulled in order to awaken the desire in the other one; it comes without much thinking, without asking.

The connection is fiery. The attention one gets from the other strengthens each one’s self-confidence, which acts as an aphrodisiac.

Sun conjunct Mars brings the sense of mutual, conjoined progress. The ambitions may become clearer and united with this aspect.

This connection is an extreme ego booster. Each of those finds the other person their natural type of a partner and there is not much talk about it. The connection is strong and magnetic, instant.

Having in mind the strength of those characters, it could reflect on their personal opinions and their stubbornness in holding to each to their own. Arguments could be fiery, just as the romance could be.

These work on subjective grounds and take things very personally. There is a great risk of going beyond all boundaries with both of yours’ self-importance and competitiveness, even.

This connection is energizing for both of the partners. United forces of life itself and vitality could be only good, but see to control your urges to be the best. Competition in a relationship is healthy to some point.

For example, these two would probably enjoy outdoors activities, traveling together, creating things together, and even working together, though it could be tricky.

One thing these two should bear in mind is that the competition in a relationship is a game and that it should remain a game.

Your intense connection should appear as an energizing fair game, which should inspire one another. It usually starts as an inspiring challenge, full of physical magnetism.

The further development of this fantastical energizing connection would depend on other aspects found in your synastry, of course.