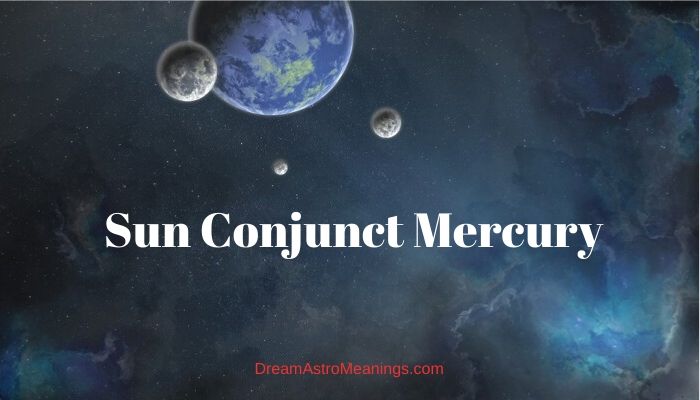 No one knows how old astrology was exactly. However, we could assume that, once human beings recognized or discovered the concept of Time, they have stepped onto the wondrous road of following guidelines from the skies above.

The first nomadic peoples and hunters would trace constellations and give them names, so that they could orient in space more easily. Our very ancient ancestors have been looking the same sky we look into today.

They have carefully observed the phases of the Moon, the sunrises and sunsets, associating celestial phenomena with earthly nature and with the life of human beings.

The experiences of mutual connection between the human being and the universe have been gathering throughout the ages.

However, historical and archeological sources tell us astrology probably originates from the ancient Babylon, the majestic empire believed to have been full of astrologers. The oldest horoscope chart has been associated with Babylon.

Astrology was later introduced into Greece and then to Rome. Some of the greatest names of the ancient days are known to have practiced astrology.

We will not retell the complex and intriguing history of astrology, but we would mention that, in the past, it was the same with astronomy.

We would also like to remind you that many great scientists and inventors were much interested into astrology. Johannes Kepler and Isaac Newton are definitely names worth mentioning.

In modern times, astrology has been taken less seriously and it is strictly divided from astronomy.

However, it seems that the interest into transcendental has been awaken in the western world, in recent decades. It looks as if the science and the transcendental are getting closer.

Will it end up as a bouncing touch or the two would continue to interact, the Time itself will show.

The Power of Synastry

One of the most popular fields of astrology, which is, indeed a vast field of study, regardless of its disputable semi-scientific status, is comparative astrology.

Synastry, the astrology of relations, is, perhaps, the most often demanded type of analysis. One might think of it as some modern day hype, a trend, but it has always been popular.

Ever since the astrological interpretations became popular, people would use it for different purposes.

We have always been curious about what the destiny has in store for us in terms of romance and marriage, sometimes for practical reasons, other times out of pure curiosity or some secret desires or simply for the sake of love and romance.

Synastry is an astrological study that analyzes the relations between two natal charts, comparing one to another. It is different from a composite analyzes, which merges the two charts in one new chart.

Synastry looks into aspects created between the two charts and interprets the connections step by step. It offers amazing and valuable insight into the potentials of a relationship.

One of the most important elements of any astrological analysis are astrological aspects. Each natal chart, that is, an astrological chart based upon an individual’s precise time and place of birth, presents with aspects.

Two charts in comparison would also make aspects, just as a composite chart would. What are these aspects, then?

Astrological aspects are a type of contact between the astrological planets, angles they form amongst themselves. Not all angles are equally important, so there have been five major aspects.

Five major aspects were defined long time ago and they are the conjunction, the square, the opposition, the trine and the sextile.

Each of the aspects has its specific energy and they could be easy or heavy. Easy aspects allow for free and unrestricted energy flow and help the planets involved manifest their best qualities.

Heavy aspects may be challenging, conflicting, as they restrict the free flow of energy between the planets. In synastry, aspects would definitely determine the nature of the relationship.

One may falsely believe that only easy aspects were desirable. Well, if there were only ‘positive’ aspect, there is a great risk that such a relationship would become dull and boring, very soon.

We all need some spice in form of unjustly accused ‘negative’ aspects. There is hardly an ideal synastry and no one, actually, wishes for it.

In the conjunction, the planets match places or are very close to one another. The ideal conjunction is 0 degrees angle, while a deviation up to 8 to 10 degrees is allowed.

The conception of this aspect differs amongst astrologers. In one particular path of Hindu astrology, all planets in the same sign and the same house were conjunct, regardless of the degrees.

In some older traditions, the conjunction was not considered a separate aspect at all, but a name for all aspects. However, we take it as in modern astrology, as described above.

The conjunction remains a tricky aspect, for its nature depends on the planets that stand in such a connection.

If they were in the same sign and in the conjunction, it is considered good and easy; if they were conjunct, but in different signs, it would be problematic. If two malefic planets are connected, the energy is not an easy one.

If two benefic planets were conjunct, it is a good thing. If one is a malefic and the other one is a benefic, the situation gets complicated. Either way, this is a powerful aspect, since it intensifies the energetic response in both planets.

In synastry, it would definitely mark a relationship by a strong magnetism, since planetary energies were conjoined and they work together.

In astrological literature, you would certainly read about the Sun as the most important of all the astrological planets. Yes, the Sun and the Moon, the luminous ones, are also called planets in astrology.

Moreover, they are personal planets. No wonder that the Sun is considered vital; this warm and bright celestial sphere is, in its essence, vital to human existence, to all life.

This brightly shining golden star enlightens our own world, to say. In astrology, it determines one’s ruling sign, based on the position of the Sun in the natal chart.

The whole confusion and the simplification of horoscope come from people equating the whole horoscope with a single sun sign. The Sun sign is definitely determining, but not the sole element of a natal chart.

In synastry, the Sun always plays an important role when in an aspect. According to astrologers, it is better that two people have luminaries in any aspect, even if it was a heavy one, than to have no luminaries in contact.

It is so, because these bright planets make the partners see each other. The Sun itself is a powerful principle.

It is a masculine principle, our capacity to share, our generosity, our self-confidence. One particularly thing is interesting when we talk about the Sun in synastry aspects. Easy Sun aspects in synastry are typical for professional partners, more than for romantic ones.

It commonly happens that one might thing he or she fits amazingly with the other person in terms of romance, while the truth is more close to having mutual interests.

This is not a bad thing, of course! It could be an amazing potential for a relationship, but you should always have to consider other aspects. The most important aspects would be those between the Sun and the Moon.

The Sun represents the daylight, vitality, life itself. It represents power, ambition, gallantness and the importance of having a prominent reputation.

Next to the glorious, life-giving Sun, associated with our reason, amongst other things, stands Mercury, the planet of communication. In ancient mythologies, Mercury was considered the messenger good, the most agile and clever of all the deities.

Usually depicted as a handsome young man, Mercury or Hermes (Mercury was a Roman name, while in Greece, the god is Hermes), this deity was a patron of merchants, travelers, but also thieves and mischief.

In astrology, Mercury is definitely associated with reason, cleverness, logic and the practical mind. This planet governs all our daily decisions and actions; it brings us effective and simple solutions to things we do not pay much attention to.

This is a planet of all crafts, of information and the communication in the widest sense.

Mercury is associated with youth, adventurousness, young people, with primary education and travel, merchandise and transportation. In synastry, Mercury would be of great importance, since it represents communication.

Communication is one of the bases of each relationship. The ability to understand one another and express your thoughts to one another would be of crucial importance.

Sun conjunct Mercury in synastry is definitely a positive aspect and encouraging. This aspect would encourage sharing ideas and expressing opinions. Ever since you have first met, you had something to say to one another.

What is even more important, you both listen to each other with an open ear and an open heart.

The intellectual potential of this connection is amazing. The partners would enjoy doing many things together, especially in the area of educating themselves, not necessarily in formal surrounding. You love to learn from one another.

The powerful Sun, with all of its ambitious ideas would be encouraged by the practical and communicative Mercury.

Mercury would get the fuel from the energetic, warm Sun. these two people would have much to talk about and they could join their forces in achieving amazing things together; these two would grow together, as individuals, through this lovely connection.

There is a great understanding between partners, no second thoughts and secrets.

This connection does not mean you two are going to enter endless, though stimulating philosophical debates or such.

There is no such vibe in this aspect, but your exchange of ideas and opinions is unrestrictive and generally always lead to some brilliant ideas and probably some mutually enjoyed activities.

The easiness of this connection is so lovely, light and positive. If there were some troubles or conflicts, your reason and logic would step in and cooperate.

There would be no misunderstanding between them and they would easily find the most practical solution to a problem, if any. Sun conjunct Mercury in synastry paints a relationship with easiness rarely seen.

One of the greatest effects of this connection is that it inspires creativity and self-awareness.

These are naturally matching ones and naturally supporting one another. It is very likely that the two connected would have a very similar sense of humor, which is always a good thing for any kind of a relationship and especially a romantic one.

You two make each other laugh and you learn from one another. This relationship is characteristic by strong mutual understanding. It allows for personal growth without distancing from one another.

Shared interests are common with these two. One might wrongly assume these two would much alike. Well, they are unique, but they understand will the uniqueness of the other one.

Sun conjunct Mercury allows for openness in communication and expression while, at the same time, there is a deeper, almost intuitive understanding, based upon the similar logical view on life.

Intuition and logic could sound as opposites, but with such a connection, the logical ground acts as an intuitive magnetic force.

These two people would spend much quality time together. This is a relationship that is, perhaps, more friendly than romantic in its core, but let us not forget there must be other aspects as well.

The friendly connection is an amazing base for a stable and lovely romantic relationship. You two support, understand, accept one another and you could easily cheer one another up.

The incredible flow of positivity is present with Sun conjunct Mercury synastry. This aspect is commonly and not without reason considered one of the most favorable aspects to be seen in comparative astrology.

This aspect presents with very positive qualities; it does not allow for jealousy, imposing values or opinions and secrets.