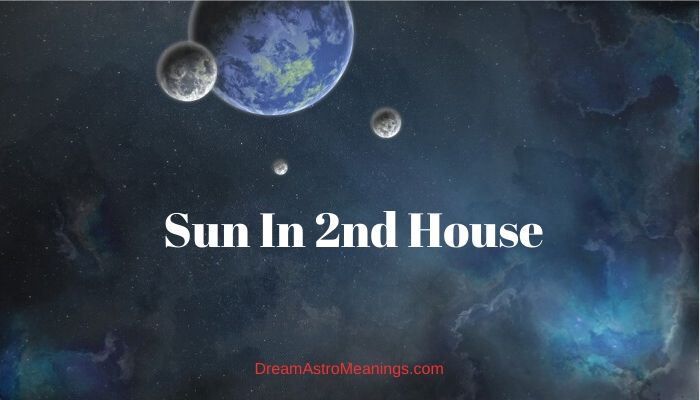 The first of the personal planets, the golden Sun is considered the most important celestial body in astrology.

The Sun represents the light and the warmth of our lives. In natal charts, this big, bright star represents who we are, the core of our being. The Sun represents basic and transparent personality traits, inner strength, the strength of will and of character.

One thing must be said, the Sun does not tell everything about the person. People are wrong to think that your Sun sign tells all about your personality. This is what people in common talk equate with the term of horoscope.

They take only a person’s Sun sign, that is, the sign which matches the Sun in the natal chart; the sign that is marked by the Sun’s position.

The Sun shines upon people’s lives. In ancient mythological systems, the Sun has always had the most prominent and divine place. It has been identified with numerous deities, all around the world.

To mention only few of them, sun gods were Egyptian Ra and Horus, Greek Helios and Apollo, Mesopotamian Shamash, Persian Mithra, Roman Sol and Aurora.

There were many more solar deities, such as, for example Turkic god Koyash, Celtic Gaulish Belenos, Slavic Dazbog, Hindu god Aryaman and many more.

The very concept of solar deities indicates that humans have always thought that the Sun was very, essentially important to their lives. The Sun has been awed and adored, since times unknown, perhaps.

If you have ever read anything about astrology and astrological readings, you have certainly stumbled upon the term of astrological houses.

Houses are fields in natal charts, if we speak in practical terms. Each of these fields has specific meaning. They represent specific areas of life.

Depending on one’s chart and the elements that could mark one particular house, the aspect of your life is going to be more or less dynamic in its own, specific way.

Astrological houses are fields into which an astrological chart is divided.

Each chart has four quadrants of which each quadrant has three sections. Each of the quadrants begins with an angular house, a succedent house follows and the quadrant ends with a cadent house. These were three basic types of astrological houses.

Angular houses are the first, the fourth, the seventh and the tenth and these are related to the concept of activity. These are houses of active, moving energy within.

If someone has an accent on these houses, in their horoscope, it means that the person is going to be extroverted, optimistic, bold, open, and entrepreneurial.

Succedent houses are the second, the fifth, the eight and the eleventh house. These are related to the concept of stability. The energy associated with these houses is static.

If these houses were emphasized in an individual’s horoscope, it means that the person is inclined towards a calmer, situated, stable and predictive forms.

Cadent houses are the third, the sixth, the ninth and the twelfth house. They have to do with the concept of learning and their energy is changeable, mutable.

If these were the dominant houses, meaning accented, it means that the person has a strong need to learn, to discover, to awaken ideas, concepts learnt.

The Second House is one of the succedent and an Earth House, which tells us some basics about the nature and meaning of this house. The Second House is related to the material realm, physical world, everything we could touch and possess.

This astrological house is directly associated with finances, with heritage, earning money and properties. The Second House would tell about one’s potentials and capacities regarding these subjects.

What is very interesting about the Second House is that it also has to do with specific personal talents, especially concerning a person’s voice.

People with an accent on the Second House are usually gifted with some special talents regarding their vocal abilities.

Those people could be great singers, actors, spokesperson or whatsoever. They could make an impression simply by using their voice and their vocal abilities. Amazing, isn’t it? Now, let us see how the glorious Sun affects the Second House.

When the Sun is in the Second House, it usually gives a personality that is rational, reliable, responsible, entrepreneurial, creative and stable. This person is most likely oriented towards practical goals and solutions, which does not mean that he or she lacks ambition.

On the contrary, this person has a need to make their income and all that goes with it greater and more steady and stable.

This is a person of practical nature; someone who is inclined towards finding and maintaining stability in life. For a Second House Sun person, the stability comes directly from materiality; material stability is a guarantee of stability in general.

What is more, this person loves wealth and luxury. Enjoying life on a high heel is something this individual is inclined towards.

Comfortable and stable life is the main goal and it is achieved through material stability, finances, profession.

This individual is someone who would work very hard to achieve and provide these things; he or she would not complain on work, because they know their aims and they are headed towards those. Financial stability is the first goal.

This person is very patient, very dedicated to work, well organized, reliable and responsible. In addition, this is someone persistent in his or her efforts. People with Sun in the Second House have that rare gift of pure patience and willingness to wait for the right moment.

Most of people are easily tired of waiting and prone to instant success and short term, not lasting solutions and goals.

However, this is not the case with someone whose Sun was in the Second House. These individuals want things to last. They are not campaigners, but dedicated workers.

They would rather wait for things to grow and they enjoy a steady progress, knowing that it could last much longer. They build a house brick by brick, carefully aligning each brick atop the other.

This way, they always build strong, lasting, unbreakable structures that defy the tooth of time, figuratively speaking. In practical sense, it usually means that they grow their businesses slowly, systematically, with patience, passion and dedication.

They know that hard work pays off; they are capable of providing steady and not unimpressive income.

Sun in the Second House – Practical and Grounded

People with Sun in the Second Houses are focused on what they could see and touch.

They do not give on abstract thoughts and ideas; they want what they could register with their senses, not something they could only imagine. Imagination is not their thing. They are with both feet on the ground.

In the most cases, such a person would become interested into something he or she could evaluate.

Moreover, in order for something to gain their attention, it has to possess practical values. It has to lead to some purpose; otherwise, these people would lose all interest in it.

Although it could appear a bit shallow and cold, this way of thinking helps in making mature, responsible and solid decisions, based upon the common sense.

These people do not waste time on things that have no purpose, no sense to them and that cannot be utilized.

Although they would, perhaps, lack the joy of imagination and daydreaming, they have an advantage. These people never idealize things in life; they see everything as it is and they take it so.

They are not pessimistic when facing with the reality, on the contrary. They are capable of taking the best of what was offered. They could grow it and make it bigger and better.

For this reason, people with Sun in the Second Houses are unlikely to get disappointed in life, because they do not breed unrealistic and irrational scenarios in their heads.

They rarely have any false hope; they enjoy reality the way it is and they operate within its boundaries with great tact and skill. They are aware of their potentials and they know how practically to use them.

Sun in the Second House – Talent for Money

It is amazing how people with Sun in the Second House are capable of using their own potentials, in order to achieve something or, better, to attract gain, material gain.

They work hard, dedicated and patient, but they also have a creative mind. We have said that these are not prone to imagination.

True enough, but they do possess very practical creativity, which helps them in achieving their goals.

Someone would say they were lucky, when it comes to finances. True, these people seem to have a natural talent to attract money. They are very skillful in professional environment.

They know how to work with people; they know what attitude to use and how to act. They are usually charismatic and they are very reliable workers. They cannot be manipulated.

They could be great businesspersons. They are honest and steady, ready to wait and to work hard. Their material uprising usually goes slowly, but it is something one could trust to reach heights and wealth one could only dream.

What is more, this position of the Sun indicates there could be some inheritance; usually, from the male family line.

These people are true in their intentions and they would never enter any suspicious business.

Synastry is a reading that analyzes the relationship between people; most of people are usually interested into romantic compatibility. In synastry, we focus on the position of the Sun in your partner’s horoscope.

Let us see what it means when your Sun is in the partner’s Second House.

This is kind of a strange connection, when speaking in terms of a romantic relationship, because it does not say you were meant for each other because you share views or are irresistibly attracted to one another physically.

This position comes with ‘wanting something’. It means that you two were bound by some purpose, the relationship is a kind of utility, you feel that you could get something from it or that another person ‘gets’ something.

It makes the connection somewhat artificial or appearing to be something of a trade.

You might feel as if your partner owns you, as if you were not a personality, but an object. A strange and undesirable feeling, we have to admit.

There could be possessiveness in this relationship, but you should be conscious about it and to try to avoid it at all costs.

Now, here we could also have a very strong physical need for one another, a passionate desire, but then again, there could be a problem with treating one another as a possession, something to be owned as an object and not a human being.