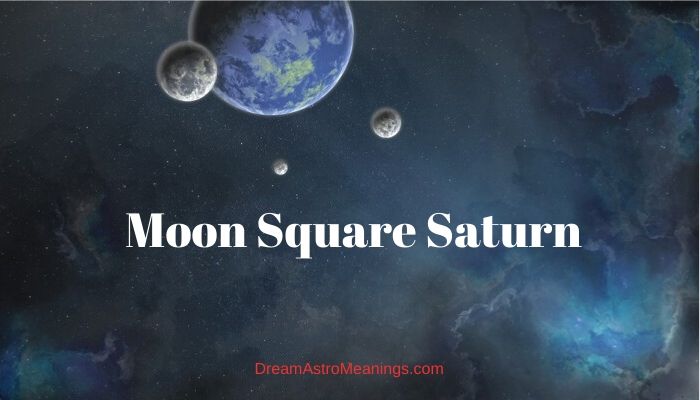 Since ancient times humans have looked at the stars to find the answers to their questions and try to foretell the future.

Astrology is a discipline which uses planetary positions and their meanings to analyze people’s characters and determine their likely future.

Aspects are formed when the planets create certain angles. Major aspects like Sextile, Opposition, Conjunction, Square, and Trine are the most important ones because they determine the person’s most important traits and their life events.

Besides the major aspects, there are also the minor aspects, which can also be significant if they are exact.

The square is a challenging aspect which creates problems in getting the best of the planetary energy.

It also creates stress and conflicts and doesn’t allow the planets to cooperate.

Astrology can also be used to analyze relationships between different people and can determine with great precision whether a certain relationship tends to be long lasting or not.

Astrology can also analyze the aspects between planets in the natal charts of two or more people to determine whether they are compatible or not. The astrology technique used to analyze relationships between people is called Synastry.

Synastry analyses the likeliness of the relationship being harmonious or not. It can point out the possible issues the partners might encounter so they could successfully overcome them or work on resolving them.

Synastry determines the possible challenges that might appear in the relationship and predict whether there will be conflicts between the partners or not.

Predominately harmonious aspects between two natal charts indicate that the relationship between these two people will be easy and relaxed and that they will get along very well.

This relationship is likely to last a long time. If the aspects between their natal charts are challenging, the relationship will be full of tension and conflicts, and in worst cases, it might be full of violence and aggression.

This relationship is not likely to be lasting, or it will take the partners a lot of willpower, effort, and compromise to maintain such a relationship for a long time.

Challenging aspects often create toxic relationships between people which suck out the energy from them.

Synastry analysis consists of many different techniques and activities. The main analysis concentrates on the planetary placements in the other person’s natal chart, and the strongest aspects their planets are making.

There are also other methods of progressing their charts and comparing natal to progressed positions, etc.

The houses where the partner’s planets are placed indicate the most likely areas where this person will influence the owner of the natal chart.

The Moon is the Earth’s natural satellite. Its origin is unknown, but it is generally believed that it was formed out of debris left over after the Earth collided with another astronomical body, around 4.5 billion years ago.

There are various theories about the Moon and its formation. Some even speculate that is an artificial creation, created by otherworldly beings. The Moon is very bright and represents the brightest body on the night sky.

The Moon circles our planet in a motion that enables us to see only one side of it. That means that we cannot see the far side of the Moon. There are many speculations about this fact as well.

In astrology, the Moon rules Cancer, and its exaltation is in Taurus. This placement gives the Moon strongest power and influence. Astrologically, the Moon rules our subconscious, our habits and main beliefs. It reveals how we deal with our daily issues.

The placement of the Moon in someone’s natal chart reveals their nurturing and caring side. It also reveals how we care for ourselves and our needs and the level of comfort we have in our lives. The Moon also represents our home and our attachment to our home.

This astronomical body can also reveal if we are intuitive and how well we are connected to our inner guidance. The Moon rules our mood and our subconscious reactions.

People, who are ruled by the Moon, especially if Moon is making challenging aspects with other planets, tend to be moody and unpredictable. They can be prone to changing their mood without an explanation.

The Moon is the ruler of our memories and emotions. People influenced by the Moon often tend to hold on to the past, and have a problem letting go of past hurts and hurtful memories.

These people are usually those who have Moon as their ruler, either the ruler of their Sun sign or their Ascendant.

They sense every transit and progression of the Moon. They are usually very emotional, protective, and have a caring and nurturing nature. They would do everything to protect and provide for those they love.

The house in the natal chart where the Moon is placed indicates the area where the person tends to feel most comfortable.

Saturn is a large planet. Only the planet Jupiter is larger than Saturn. Saturn has a system of rings composed of rocks, ice particles, and rocky debris. It has at least 82 moons that circle around it. The composition of Saturn is mostly hydrogen and helium, and it lacks surface.

Titan is Saturn’s largest moon. This moon is larger than Mercury. Saturn was the name of the Roman deity of agriculture, a very important god in the Roman pantheon.

To go full circle around the Sun, Saturn needs 29.5 years. It spends about 2.5 years in every sign during that process. The return of Saturn to its natal position indicates a period of introspection when the person evaluates their life’s achievements.

In astrology, the planet Saturn rules Capricorn and is the co-ruler of Aquarius. This planet is exalted in Libra.

Saturn in a natal chart describes how responsible the person is towards their duties. Saturn is also the ruler of endurance, stamina, and determination, which are all necessary to achieve any goal.

When this aspect appears between the natal charts of two people who are romantically interested in each other, there is a strong likelihood that the relationship will be serious and lasting.

That doesn’t mean that it will be satisfying for the both parties. With this aspect the subject of responsibility tends to be highlighted.

The person who is likely to suffer more in this relationship is the Moon person.

Saturn’s reserved and often cold attitude could appear repulsive to the Moon person who might find it hard to keep their emotions inside, but they feel compelled because they don’t receive an adequate response from the Saturn person, who is not very emotional, or tends not to reveal their emotions.

The Moon person, who is usually very emotional might find this suppression of their feelings very difficult.

In some cases, this aspect between two natal charts might indicate a situation where one person (usually the Moon, which symbolizes nurture and care) is for some reason obliged to take care of the Saturn person because they are ill or they don’t have money, etc.

This aspect often implies some kind of suffering and putting up with something.

The Moon person might feel restricted in this relationship due to Saturn serious nature. The Moon is usually joyful and has a good sense of humor.

These are traits that this person probably won’t be able to display in the presence of the Saturn person who might find them childish and immature.

This might lead to the Moon person starting to behave in a way that they hide their true nature and show a face which the Saturn person expects.

This might be a heavy burden to the Moon person who will likely suffer in silence without finding the strength to tell what is bothering them to the Saturn person, fearing they might disappoint them or cause the relationship to end.

Saturn can be very narrow-minded and intolerant. With this aspect, the Saturn person will probably be unaware of the pressure they put on the Moon person and the suffer they go through for needing to repress their emotions.

It is not easy to say how long the Moon person will be able to put up with the pressure, because it can take a lifetime depending on the person, and their other aspects.

The Saturn person usually cannot stand needy behavior and the Moon person is often prone to exhibiting such behavior. They soon realize that the Saturn person doesn’t approve of that and they begin repressing this need, until they finally stop expressing it at all.

The Saturn person tends to express their affection through support and other similar acts which show they care about the Moon person, but that is often not enough.

The Moon person might start reprimanding the Saturn person for the way they have been treated and that is when tension starts.

If the Moon person realizes that they cannot live their life fulfilling only their partner’s needs and pretending they are someone else, and the Saturn person doesn’t want to compromise and accept their true nature, the relationship is bound to end.

This aspect is often present in relationships where one partner, usually the Moon, feels that their actions and words are being constantly censored, criticized, and monitored by their Saturn partner.

This might often turn into a relationship “it is better with the Devil you know” because the Moon person might lack the courage to leave the relationship and look for a more fulfilling and liberating one.

They might choose to put up with Saturn simply because they provide them with some sense of security and dependability they often crave for.

This is often a relationship where both partners care deeply for each other, but at the same time have the need to emotionally hurt one another without ending the relationship.

In some cases, the Saturn person might take on a role of a parent and treat the Moon person as a child, which is a role the Moon person could willingly choose to play, even though they don’t feel that is right.

The oftentimes unsympathetic and uncaring nature of Saturn can really hurt the sensitive Moon person who tends to retreat in the safety of their shell.

They might feel isolated and lonely in this relationship without the Saturn person being aware of that fact.

This aspect between the charts of two people often describes a teacher-student relationship with Saturn being the teacher.

The relationship between two people whose Moon and Saturn are forming a square aspect is not easy. In fact, it could often be a draining experience for at least one of the partners.

In this relationship the Moon person will be the side that will likely suffer more. This person’s sensitive nature will find it hard to adapt to the Saturn’s coldness and stiff approach.

Saturn rarely reveals his feelings and the Moon will be deprived of the thing they crave most for.

The Moon person has a strong need to express their emotions and establish a close relationship with their partner.

Saturn won’t allow that and might consider this need as a sign of weakness. Saturn can be picky and expect perfection (according to their standards) from the Moon person which will pose a heavy burden to the Moon person.

Although these relationships indicate a lot of pressure and putting up with unpleasant things, in many cases they tend to be lasting, despite the need for compromise and pressure it is likely to produce.