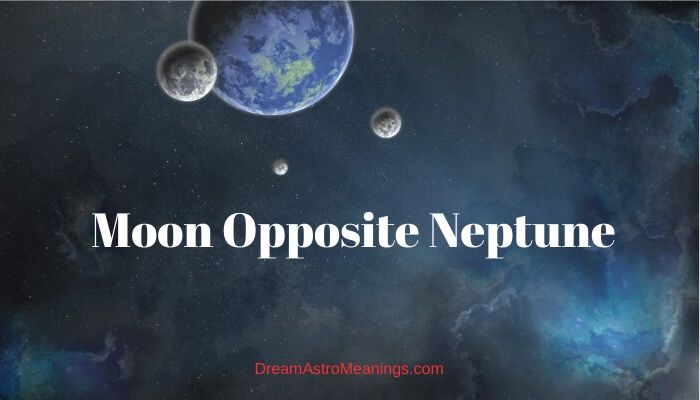 Planets and the stars influence our lives, but there is still reluctance among many people to accept the reality of that fact. People consider astrology as a fun subject of conversation where they exchange some facts about their horoscope signs they picked up in some magazine.

Astrology has centuries of experience and accurate predictions to prove against such apprehensions; its known origins date to ancient Babylon.

Many people don’t know how astrology can be useful when we want to discover facts about someone’s personalities and preferences, their beliefs and interests and the likely destiny they might experience in life.

Astrology can help us predict events and outcomes of various situations. It can also give insight in the potential of some relationship and reveal its lasting power.

The analysis begins by creating a natal chart for some moment in time. Natal chart represents the image of the sky in that moment; usually someone’s moment of birth.

The positions of their planets and their relationships are then analyzed and conclusions are made of their influence on the individual whose natal chart is analyzed.

The astrologer analyzes the meanings of the planets in signs, their positions in houses, and the aspects they form. This is just a basic astrological analysis, but it can give us a lot of valuable information.

The planets in signs, especially personal planets, reveal much about personality traits, beliefs, attitude, appearance, interests, and other characteristics of the person. The aspects between planets also reveal personal traits, but also possible events in the future.

The aspects can be major and minor. They can also have beneficial or malefic nature.

Beneficial aspects usually create fortunate opportunities for the achievement of people’s goals. They ease achievements by removing obstacles and creating opportunities so that the goals are achieved without much effort.

These aspects allow the energy and best nature of the planets creating the aspect to be expressed freely.

Malefic aspects have different influence. They usually create obstacles and blocks making the person hard to achieve their goals. These aspects often cause delays and in some cases they can prevent the achievement. Challenging aspects can also be the cause of conflicts.

Oppositions are major aspects with challenging nature. They form when planets are directly opposed to each other, forming an angle of 180 degrees.

These aspects prevent the energy of both planets from expressing simultaneously and it requires compromises to enable both planets to show their qualities instead of one.

We already said that astrology can be used to analyze relationship potential. Synastry is a technique in astrology used for such analysis.

Synastry can give us information whether two people will get along well or they will quarrel a lot. First it analyzes the individual charts of the people to determine their personalities and their interests and preferences.

Only when the astrologer has a clear picture about the individuals that are in the relationship he can continue on analyzing their relationship.

The astrologer then compares their natal charts to calculate the aspects and see where the planets from one chart fall into the other. These houses show how the relationship influences the partner owner of the chart.

The aspects reveal the dynamics of the relationship and give information about their compatibility.

If the majority of aspects are beneficial, this is a sure sign that their characters are compatible and they share similar interests. They are most likely interested in each other and want to maintain their relationship.

These two are tolerant and full of understanding for their partner’s differences. These relationships are usually lasting and satisfying for both partners.

If the majority of aspects are challenging, this gives a different picture of the relationship. This is usually a sign that the relationship between these two will be filled with tension and conflicts.

There is a lack of interest and similarities between them and their personalities are incompatible.

These two aren’t tolerant to their differences and they tend to criticize their partner instead of trying to adapt to their nature. These are usually short-lived relationships and in worst cases, they might be filled with violence.

Sometimes the analysis doesn’t show any significant aspects between the natal charts, which is often a sign that the two people aren’t interested in each other and they don’t want a relationship.

The Moon is a satellite; it is the Earth’s natural satellite. It circles around the Earth during a period of 27.5 days, and it crosses all the signs of the Zodiac during that time. It spends on average around 2.3 days in one sign.

The Moon has a bright light and only the Sun is a brighter object on the sky. The Moon rules the sign Cancer, and it is exalted in Taurus. These are the signs where the Moon is at home.

The Moon is ruling our emotions, our emotional life and memories. It rules our inner life and our subconscious content. People influenced by the Moon are often very emotional and sensitive to other people’s reactions.

Their emotions are easily hurt and this might happen even when no one intended to hurt them. They often interpret people’s reactions as pointed against them, and this is a result of their sensitivity and often insecure nature.

These people often have a tendency to remember the hurts from the past for a long time, which is blocking their lives and progress.

They can also hold resentment against someone which fills them with bitterness and keeping them in the past. They often have a problem forgetting and forgiving someone for the hurt they experienced.

Sometimes it takes years and in worst cases their entire lives to get rid of past hurtful memories.

Moon people can be prone to moodiness and frequent mood changes. They can change their mood without a reason. They also tend to retreat without explanation. They have a caring nature protecting the ones they love. They also have a need to be nurtured and protected.

They are family types and enjoy being around their family members. Moon people are loyal and devoted friends. They are often very possessive and needy.

The Moon rules women in our life and is the ruler of our femininity. In the natal chart it reveals whether we embrace our feminine side. The Moon rules our mother and our relationship with her.

It also reveals our motherly instinct. The Moon is a ruler of intuition and inner guidance.

People influenced by the Moon have a strong intuition and can sense other people’s thoughts and feelings. Sometimes they could have premonitions about the future.

Moon people are usually shy and tend to spend their time mostly in the circle of people they know well. They love eating and preparing food and are often overweight because of that.

The planet Neptune is the second coldest after Uranus. This planet consists mostly of ice and rocks, and the composition is mostly hydrogen and helium. Neptune was the god of sea for the ancient Romans.

In astrology, Neptune the planet also rules water and all matters related to water.

Afflicted Neptune usually causes chaos and confusion. People with such Neptune might be prone to nervousness and experiencing Neptune’s negative traits. Neptune’s influence is mostly felt by people who are ruled by this planet.

Those ruled by Neptune can lack focus, and be very confused and disorganized. With Neptune in challenging aspects, these people might be prone to manipulative behavior, deceptions, lies, addictions, criminal behavior, etc.

Neptune is the ruler of religion and people influenced by this planet can be very religious as well. It also rules religious authorities.

This planet rules psychic powers and sometimes people influenced by Neptune could be psychically gifted. They might be interested in magic and secret knowledge.

Neptune brings global transformations usually in areas ruled by the sign where it is currently transiting.

The aspect between Moon and Neptune in synastry is usually not an easy one even when it is beneficial.

When the aspect is opposition this aspect can bring a lot of confusion and disappointments in the relationship between two people.

Neptune person might feel inadequate and not confident enough to provide the security Moon craves for, and the Moon person might become disappointed upon realizing that Neptune isn’t what they perceived.

Moon opposite Neptune is a combination of two weak personalities which can be prone to draw the other person to the bottom.

In some cases, the Moon person might get terribly disappointed when they realize that Neptune has been deceiving and manipulating them. They might find out about Neptune’s lies which will undoubtedly hurt their feelings.

Neptune might be giving Moon false hopes of commitment and family and not being prepared to offer any of those things. The longer the deception and false hopes last, the more Moons feelings will be hurt, and the pain will be stronger.

After such disappointment, the Moon person might feel reluctant to enter a new relationship for a long time.

This might make the Neptune person want to disappear, which they often will do, leaving the Moon person heartbroken.

This aspect requires some beneficial aspects between their planets to neutralize its effects if possible.

The Moon opposite Neptune aspect in synastry is a challenging aspect, which can cause a lot of hurt feelings, confusion, anxiety, and disappointments.

These two might have a negative influence on each other and their actions might disappoint and hurt them.

It is best if this aspect can be supported by some harmonious aspects of their planets, otherwise it might lead to a bitter ending of their relationship.