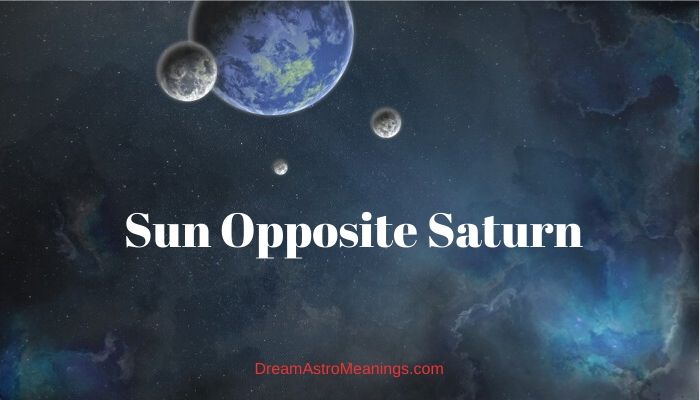 Why we here and what is our destiny, we ask. Each one of us asks the same question about their own destiny. Could the stars give as an answer? Perhaps they could.

According to astrology, our destiny has been written in the stars. This old, ancient practice or skill could possibly give us at least some answers we were searching for.

Astrology has been in practice ever since the first civilizations. However, certain discoveries suggest that early humans have also been interested into stars and the sky. Of course, not the same way we are, in civilized societies. This proto astrology was meant to make humans closer to the universe and to make the life on earth easier.

Constellations have always served as a sky map; we still navigate distances by looking at the celestial map. Celestial objects could tell us many things about our own life in here.

Scientists have discovered and analyzed some prehistoric animal bones with human made markings. These markings represent the phase of the Moon. Early humans knew it was somehow very important.

We have no idea if all of our technology, all of our newest discoveries about the world, the cosmos and the nature have made us more intimate with the universe or it was quite the other way around. It is yet to be seen. Astrology as we know it today is still based upon the old principles of ancient times.

Astrology is very old, if we talk about it as a system, not as proto science. Well, its name suggests astrology was a science, the ‘science of the stars’, but many would argue against it. They claim astrology is not particularly reliable, as it offers inconsistent information and it lack methodology like exact sciences.

Well astrology is a systematized approach, it has its methodology, principles, and it requires great knowledge in order to apply these principles. However, astrology is based on different foundations than those of acknowledged sciences.

Moreover, astrology was once the same with astronomy. However, for the reasons mentioned, it was put aside.

Today, astrology is widely practiced. Modern astrology popularity has been growing since about the half of the twentieth century. Modern times present with a new trend of combining alternative with official, conventional, purely scientific practices. Maybe astrology would once again shine in this manner, who knows.

In any case, many things that astrology was some kind of divination practice and fortunetelling. Well, not exactly. Moreover, astrology does not predict concrete events.

It could give you hints and it could point out major events or the type of major events that would or could take place. It offers a precious and a valuable insight into potentials.

The Importance of Natal Astrology

We are about to analyze synastry, but we could never do so, unless we learn more about natal astrology and natal charts. It is of vital importance, because synastry is a comparison of natal charts.

We will be talking about romantic compatibility of two individuals, as seen through a synastry report. Therefore, we have to learn about their personalities, through natal chart reports.

Ok, but what is a natal chart? What kind of information does it offer? How it looks like? Is it reliable? These are only some of the questions a person who does not much about astrology would ask.

Let us try to explain natal charts in a brief and simple way. Natal chart is like a celestial ID. It is a unique representation of the sky, related to an individual’s life.

What does it mean? Natal charts are diagrams that represent the sky, the Solar system, in Western astrology. The diagrams are fixed and they feature several constitutive elements, such as signs of the zodiac and astrological houses.

The sky is projected onto the chart, as seen in the particular moment in time, that is, your birthday.

A natal chart is macrocosm reflected in your microcosm. According to astrology, the position of the planets at the time of your birth determines the person you are and define your life. To some point, at least.

Each planet possesses specific energy and vibration. Their distribution out them in specific relations and their energies combine and interplay.

However, what you see in the chart is something you could affect. The insight into it would actually help you recognize your qualities better and make use of them.

Why was this so important, if we talk about synastry and not personalized horoscopes? Well, synastry compares personalized natal charts. In case of two (potential) lovers, synastry has to deal with two individual’s charts.

The astrologer would look into each one, before putting them in the synastry relation. Each chart is unique and, as such, it would affect the synastry, besides connections between them.

The astrologer would analyze them in their entirety, but would also focus on specific elements. Tendency towards long or short relationships, marriage and family are very important elements to look into, for example.

Emotional expression, compassion, gentleness, care, protective attitude are also very important, not to mention how important it was to see if lovers share life goals and else.

When the astrologer puts charts into comparison, he or she would focus on mutual astrological aspects.

Aspects are angles between planets; planetary distances that make planetary energies behave in a certain manner. You have aspects in your natal chart, as well.

Synastry is different from composite charts, which were above mentioned merged ones. It compares charts and analyzes the relation step by step. Synastry gives a wide and rich perspective of a relationship.

It points out weak and strong places, it teaches you about one another. It could emphasize certain elements you have been taking for granted in a relationship.

Synastry could give you hints about a potential relationship with someone you fancy. It is not a guarantee of a successful or terrible relationship.

However, it could give you an image and an idea on how the relationship might look like and in which direction it could possibly develop. Synastry is a complex of astrological aspects and effects of individual charts.

There were five major and six minor aspects. Major aspects are the opposition here, the conjunction, the square, the trine and the sextile. Some aspects are considered challenging and difficult, others flowing and easy.

This means that in some aspects planetary energies become confronted or tense, while in other ones they freely flow and manifest their best qualities.

Opposition is not an easy one. In fact, it is the worst of all aspects, as it confronts planetary energies.

However, let us not be too harsh. It is not actually correct calling aspects bad or good. Each has their specific purpose and a role to play.

While the opposition could be heavy, burdensome and divisive, sometime its energy is needed, as it forces you take up the action and resolve it.

It represents your true self, your personal strength, self-integrity, self-confidence, goals, ambitions, reputation, the need to stand out and mark your place.

The Sun is a masculine principle, your rational mind, your reason. The sun is everything that is manifested in you, everything that you present. The sun rules the sign of Leo, so you could get an image about its astrological effect and nature.

In mythology, the Sun has always been praised and adored, for good reasons.

It represents all life, vitality, positivity, growth, light, health, strength. The Sun is your vital force and the force of all earthly life, as well. In Greek mythology, the sun was associated with the beautiful and adored god Helios.

Helios was the one to give light and warmth to the inhabitants of earth. Each morning he would ride out in a golden chariot and spread his warm rays over the world.

The Sun is considered extremely important in synastry. Well, it is a highly personal one; it tells about the personal will, strengths, goals and else. In an aspect, it has to affect the relationship.

As for luminaries in general, the Sun and the Moon, many authors claim it is better to have them in an aspect in synastry even if the aspect was not favorable.

Saturn is the notorious planet of misery, despair and sorrow. Astrologically, we blame Saturn for all our misfortune and negative experiences in life.

True enough, Saturn is the greatest astrological malefic. This is the planet of limitations, restrictions and boundaries. It is associated with illness, with old age, with narrow views and stubbornness in this regard.

However, Saturn is also about well-established sets of rules, needed for stability. Saturn is analytical, solemn and responsible. Saturn teaches us the importance of patience and organization.

This is one of the social planets in it plays a role of a life tutor, a strict and not much loved one. Saturn’s energy is difficult to accept, before you even start understanding it.

However, Saturn could play an essential and even a good role. In synastry marked by too many loose and vague relations, even if there were much romance and passion and else, Saturn could leash the divisive elements. It could make you focused, stable and responsible.

Saturn could be destructive, if too inhibiting. It depends on the planets and on other aspects in synastry.

This is a heavy, but deep aspect. The connection of the sort presents with a strong bond between partners.

However, this is something that needs a lot of work on both sides, if you were to ‘survive’ this opposition.

Something binds you together; if we talk about an already established relationship, it is amazing that you are together, despite great differences in nature.

Sun opposite Saturn is a heavy bond. It is highly unlikely that such a relationship starts slowly; it could even be a type of romantic relationship that comes as a result of mutual agreement.

Maybe you both search for someone with whom you could develop a stable relationship. There is not much sparkling passion, but the bond is deep. However, it is very difficult, at the same time.

In time, differences become more and more clear. The problem is that the connection my lose everything of its amorousness, that had to be present initially. You may decide to remain together out of some sense of responsibility and duty, not love.

The greatest problem is that the Sun would make Saturn insecure. The Sun, positive, open, ambitious and independent is everything that the Saturn is not.

A typical Saturn’s response is to try to control everything, even the sun partner’s ambitions and their independency. It could bring the Sun partner down and it would drain Saturn.

Instead of focusing on mutual growth and learning from one another, you two would focus on the downsides and you could become blind to everything that has brought you together in the first place.

If you are willing to invest in this relationship, which would depend on other aspects (there could be some to soften this heaviness), you should re-focus. Do not seek for negativities and things you cannot change.

The Sun should not selfishly insist on their grandiose individualistic plans; they should incorporate these into the relationship.

Saturn should realize it is not a threat, but something that could enrich their own experience.