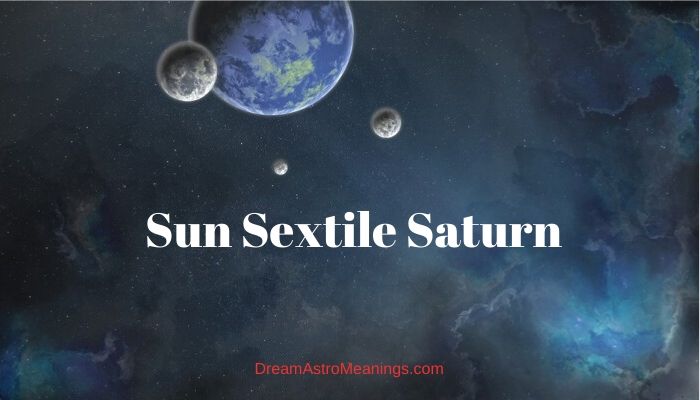 Astrology is a necessary tool to use when we want to discover more about a person and their traits. It is also useful to determine possible life events and the person’s destiny. Astrological predictions have been used for centuries with great success.

The way astrology works is to decipher the planetary placements in the natal chart of the person, the signs and the house in natal chart where they are placed, as well as the aspects their planets make.

Aspects are а very important factor in determining the person’s traits as well as their destiny, especially if they are exact. Тhey represent relationships between natal planets which happen when the planets form certain angles between themselves.

There are main or major aspects and minor aspects.

Major aspects have the most significance in determining someone’s personality and destiny, but minor aspects can also be very important when they are exact.

Minor aspects are the Semi-Sextile (30°), the Semi-Square (45°), Novile (40°), etc. Usually events predetermined by the natal chart tend to manifest when major aspects get triggered by exact transits and progressions.

Sextiles are harmonious aspects. They fall into the category of major aspects. A Sextile is formed when two planets have an angle of 60° between them. This aspect has a tolerance of up to 5° (from 55 to 65 degrees).

Sextile is an aspect similar to the Trine which is why some astrologers call it “the lesser Trine”.

Sextiles are formed naturally between signs of complementary nature, like fire and air signs and water and earth signs. Planets which form Sextiles enable each other to express their nature fully and perform their best.

Sextiles are aspects which bring good things into the person’s life, but they can sometimes have a negative effect because they make the person lazy and unambitious.

These people often have many opportunities to grow and use their talents, which makes them inactive and deprives them of the motivation to fight for what they want. They know that another chance is coming and they don’t have a problem with missing chances.

That causes them to waste time and usually don’t achieve much.

Transits and progressions creating Sextiles mark the periods where the person might experience abundance of opportunities to achieve their desires.

During these times the person might encounter someone or several people that could help them achieve their dreams in an easy way and without much effort.

The Sun is our major life source. This celestial body is much larger than Earth. The composition of Sun is mostly helium and hydrogen. The Sun is most likely formed 4.6 billion years ago.

Because of its importance for life on Earth, the Sun was worshiped as the most important deity throughout antiquity by many ancient cultures.

In astrology, the Sun symbolizes our life force, vitality, strength and our consciousness. The Sun reveals our purpose in life, our ego and our identity. It is also the planet of rationality and reasoning.

A person with a prominently placed Sun in their natal chart possesses traits such as energy, determination, creativity and direction in life. If the Sun has negative aspects, or is too powerful, it can make the person egotistical and self-absorbed.

The sign where the Sun is describes the person’s basic traits as well as their goals in life. This sign also reveals the possible impact the person could have on the outside world.

The Sun travels through one sign during a period of 30 days. It rules the sign of Leo and is exalted in Aries. In these two signs, the Sun is very potent and has most power.

The Sun is also the ruler of successful and wealthy people as well as people in high position.

The sign where Sun is placed can reveal the things that could motivate us and what are our focus points in life, or what we consider the most important for us.

The Sun rules determination, devotion, and motivation, as well as the energy to accomplish what you desire. Negative traits of Sun are egotism, selfishness, self-centeredness, bragging, vanity, etc.

To determine how the Sun influences the person’s life there should be a thorough analysis of the sign and the house where the Sun is placed, as well as all the aspects it makes with other planets in the natal chart.

The planet Saturn is a big planet, and it is in fact the second-largest planet because only Jupiter is bigger than Saturn. Saturn consists of a system of rings made of dust, rocky debris and ice particles. Saturn has at least 82 moons which orbit it.

The moon Titan is Saturn’s biggest moon and is even larger than Mercury. The planet Saturn mostly consists of helium and hydrogen, and it doesn’t have a solid surface.

A full circle around the Sun takes Saturn 29.5 years. During this time Saturn spends about 2.5 years in each sign. The time when this planet returns to its natal position usually is a very important period in the person’s life when they are making a retrospective of the things you have achieved so far.

The name Saturn is the name of the Roman deity that rules agriculture, social order, wealth, and conformity. This was a very important god in the Roman pantheon.

In astrology, it rules Capricorn and it co-rules the sign of Aquarius. Saturn is exalted in Libra.

This planet rules responsibility that a person has towards their duties. It is a symbol of determination, endurance, and stamina, all of which are necessary traits to achieve goals.

Significant transits and progressions involving Saturn usually bring events into the person’s life aimed to teach the person valuable life lessons they are supposed to learn during their lifetime.

The Sextile aspect between Sun and Saturn creates a person who is well organized and often in leadership roles. This person has a strong personality and is very reliable.

These people usually manage to achieve a lot of success during their lifetime, and are often recognized for their accomplishments.

In some cases, the person will be called to help their family members during their lifetime.

They have a strong connection to their father, who might be perceived as a role model. This person often receives support and help from their father, especially regarding their progress and achievement of their goals.

These people appear serious and they generally are serious. Some people might find them boring and reserved, but they only appear that way.

They don’t like wasting their time on contacts which don’t give them any kind of satisfaction or benefit. They carefully choose their friends and they can be prone to use their contacts for their advancement.

They could be reserved and shy during their young age, but that usually changes as they get older. They can have moments of isolation and solitude, but they love people and their company in general.

They usually have good manners and often conservative beliefs. They also respect their family tradition and the achievements and heritage of their ancestors. In some cases, they choose to carry on the family tradition and chose the same profession as their father or grandfather, etc.

People with Sun Sextile Saturn are serious and they prefer to be around people with similar traits. They don’t like people who aren’t responsible and are prone to avoiding their duties. They are very organized and precise and expect others to behave in the same manner.

These people can be very enduring when it comes to their achievements. They make detailed plans for their future and plan the actions to achieve their goals. They are respected and recognized for their qualities, especially by their superiors.

They are confident and value themselves. They expect their work efforts to be adequately rewarded, and they usually are, through pay rise, promotions, and climbing up the ladder of success.

They are reliable, and people feel they can trust them. They are disciplined and respect their deadlines. They value their own time but also other people’s time. If someone is disrespectful they don’t hesitate to say that.

These people are traditional and have a hard time getting used to trends. They usually choose a path in life that will enable them a steady growth and progress, accompanied by financial stability.

They have a great ability to concentrate on their work and get things done. They don’t like making mistakes and can be perfectionists.

These people are communicative, but as we mentioned earlier, they choose carefully who they will talk to. Their logic is strong, and they have a practical approach to dealing with matters.

They incline towards a career in politics, management, science, teaching, law, etc. They possess strong leadership skills, and people consider them natural leaders they want to follow.

These people sometimes get actively involved in politics, and those who are not are usually very interested in all matters related to politics and current political events.  They prefer the company of older individuals.

Transiting Sun Sextile Saturn, or Saturn Sextile Sun is an aspect that brings responsibility and often creates events that might help the person decide which path to choose in life.

In some cases, the person realizes their life purpose during this transit.

This transit can sometimes coincide with some major lessons the person needs to learn which concern their personality and purpose in life.

During this transit, the person might find themselves surrounded with people of authority and behave more serious than usually.

This transit could also indicate the person taking on a new role of responsibility by becoming a leader in some life situation.

Also, during this transit there is a sense of heightened practicality. The person often experiences recognitions at work, like promotion or a pay rise.