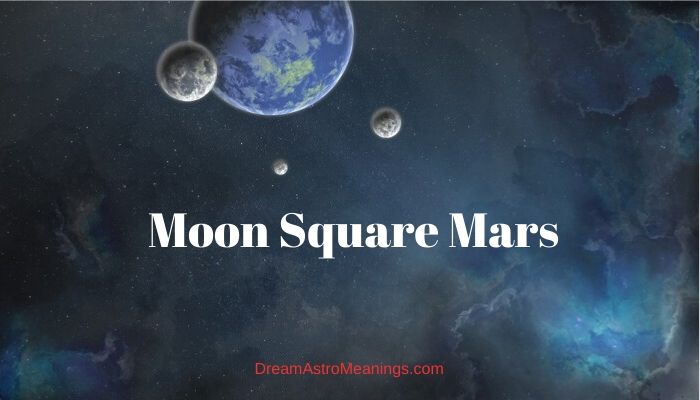 Transits and progressions of planets to natal positions show the timing of some important events in the person’s life.

Aspects are relationships that planets make during their movements across the sky. They are formed when planets form a certain angle between themselves.

The same process of analysis as performed in individual natal charts can be used for relationships between people.

The planetary positions in a person’s natal chart interact with the planets in the other person’s chart and can describe the relationship these two will likely have.

It is important to decipher the planetary positions of one person placed in the houses of the other person to see which areas of life the person will likely affect with their presence in the other person’s life.

The aspects between their natal planets also show the nature of the relationship between two people and its lasting power.

The astrology technique used to decipher the meaning of aspects between planets in two natal charts is called Synastry.

It represents the art of understanding relationships between people through astrology and its principles to determine whether their characters are compatible or not.

When there are predominately flowing and harmonious aspects between individuals the relationship tends to be easy-going and the partners enjoy their mutual interaction.

If there are predominately inharmonious aspects between the planets of two people, their relationship is likely to encounter many obstacles and challenges and is not likely to be a lasting one.

Such relationship will likely be emotionally draining for both individuals, asking a lot of compromise and adapting so it could function at a satisfactory level.

The Moon is not a planet, but an Earth natural satellite. It is the second brightest celestial body following the Sun. Most astronomers believe that the Moon was created not long after the formation of Earth, and it is believed that it is around 4.5 billion years old.

It circles the Earth in such motion which makes it visible only from the same side, and its far side can never be seen.

The Moon is the ruler of the Zodiac sign Cancer. It is exalted in the sign of Taurus and is in its detriment in Capricorn.

In astrology, the Moon rules our emotions and instincts. It represents our habits and needs, as well as our subconscious thoughts. The placement of Moon in our natal chart shows how we deal with daily issues.

The Moon symbolizes women, our mother, our motherly instincts, women in our life, feminine energy and our identification with our feminine side of personality.

The Moon can reveal how spontaneous we are and how well we adapt to different situations. It reveals the level of nurturing and protective qualities we possess.

The Moon also reveals our attachment to our home and family. It can describe our relationship with family members, especially with our mother, and even describe her personal traits and behavior. It indicates the way we take care of ourselves and others.

The Moon also reveals how creative we are and it reveals how much comfort we enjoy in our lives. It symbolizes intuition and intuitive powers as well as our mood.

People who are influenced strongly by the Moon are usually prone to mood changes. They are also very sensitive and emotional.

The Moon rules our beliefs and the prejudices we have; it also rules memories and can reveal our past hurts preventing us from moving forward with our lives.

Challenging aspects involving Moon are responsible for the person clinginess to the past and blocking their progress because of being overly attached with what happened or feelings of resentment.

The Moon placement in the natal chart reveals the areas and situations in life where we feel most relaxed.

Mars, or sometimes called “red planet” is a small planet. Only smaller than Mars is Mercury.

The name red planet comes from the surface Mars is covered with, which is red iron dioxide.

Mars is very similar to Earth; that is one of the main reasons, why people believe that life on Mars is possible and that it was possibly present in the distant past on this planet.

The name Mars is the name of the ancient Roman god of war. Mars’s energy has a lot to do with war-like symbolism. This planet rules the sign of Aries and is co-ruling Scorpio. In these signs, this planet has the most power.

Mars rules all activities where courage and energy needs to be expressed such as sports, the military, war, competitions of all kinds, and similar activities.

People influenced by this planet often have a violent nature, prone to angrily outbursts and often getting into conflicts with people. They have a dominant nature and are often prone to imposing their will onto others.

Mars ruled people are very energetic and usually have powerful personalities. They are brave and often have aggressive attitude, even in cases when they are not violent types and wouldn’t openly demonstrate that aggression or hurt anyone.

These people are often loud when expressing their opinion and often have problem accepting other people’s opinion. Many of them have “I’m always right” attitude and people from their surroundings could find this trait annoying.

The placement of Mars in a natal chart house reveals the area of life where the person is likely to experience conflicts and disagreements or other Mars related events.

The Moon rules the person’s emotions, their sensitivity and feminine energy, and Mars rules passion and masculine energy, and is often responsible for conflicts and disagreements.

When these planets are connected with a harmonious aspect, the Mars person will have enough tolerance for the Moon’s sensitivity and try not to hurt their feelings with their overwhelming energy and intolerant nature.

When the aspects between these two planets in the natal chart of two people are challenging, the situation is different.

The connection between these two planets creates a lot of passion, both when the aspect is harmonious and inharmonious. The strong attraction is physical, but also emotional.

These two people are usually drawn to each other and they find it hard to separate.

The relationship between partners where the Moon of one partner squares the Mars of the other partner is often a turbulent one when it comes to emotions.

This is a very intense and passionate relationship where both partners will feel a strong bond between each other which doesn’t allow them to separate even when the relationship is filled with conflicts and even violence.

It is certain that they will both get into arguments quickly, often over minor details. If the person whose Mars is involved in this aspect has a strong Mars influence in their natal chart, things can become brutal.

When these planets make a Square aspect in Synastry, it is likely that both partners will suffer from hurt feelings and often pride. This aspect might involve jealousy as a toxic feeling on one or both sides.

This is a difficult aspect to bring the two sides together in a constructive conversation.

They can both exhibit defensive behavior, but in a different manner. The Mars person might attack the Moon person even when they subconsciously feel that they are wrong, simply because they cannot allow their ego to be hurt.

On the other hand, the Moon person tends to react by using the silence treatment and retreating instead of talking about what is wrong.

This combination in synastry can produce tense energy between the partners. The Moon partner is the weaker side usually and they will be the ones to submit to the Mars partner’s will. Mars can appear pushy and aggressive.

On the other side, Mars can perceive the Moon person as overly needy and possessive.

The Moon person will tend to keep their hurt inside while the Mars person will loudly express their discontent. This is often a combination of hurt-feelings on both sides.

This combination often creates dependency issues where the Moon side feels dependent on the Mars partner. This is often a combination where the Moon wants more commitment and Mars isn’t ready (or will never be ready) to reach that stage in the relationship. This might feel threatening to the Moon person sense of security.

This partnership is likely to be filled with negative energy, conflicts and disagreements on major and minor issues. Both partners aren’t willing to tolerate each other’s differences, and this is often the cause for a breakup.

When a person’s Moon is Square their partner’s Mars, their relationship is usually filled with accusations, emotional manipulation and blackmail.

The Moon person could be prone to nagging all the time, complaining and changing their mood for no apparent reason. The Mars person might try to get them to talk about what’s bothering them in a manner the Moon person perceives as forceful, and that in turn causes more anger and more accusations.

This aspect can be the cause of many relationship frustrations on both sides. They don’t find it easy to relax when they are in each other’s company.

These two have a way of triggering the worse in each other and there is not much remedy for that.

This aspect is present often in relationships where the partners are not compatible in regards to their needs for intimacy. Mars is usually the passionate side, and he can be very frustrated if his Moon partner doesn’t adequately respond to his demands for physical intimacy.

This aspect is known for creating physical tension between the partners. When the emotional or physical needs of both partners are not met, this causes conflicts and tension.

The Moon person tends to become moody, and the Mars person can become ironic, sarcastic, and in some cases display aggression.

One thing is almost certain: the Moon person gets easily offended by the Mars person and their intolerant and often rude behavior and remarks.

The mars person usually feels that the Moon person is too sensitive and don’t feel comfortable expressing their true nature around them because they are expecting them to get hurt or offended.

This creates tension and is the cause for mutual dissatisfaction with the relationship.

If the persons who have this aspect between their natal Moon and Mars aren’t in a relationship or aren’t emotionally interested in each other, this contact will certainly create conflicts and difficulties in communication mostly due to lack of understanding on each side.

They usually have difference in opinion and it is hard for them to find a compromising solution and meet in the middle. Lack of tolerance and sometimes rude behavior of the Mars person can offend the Moon person who will try to avoid further contacts with Mars person.

In some cases, this aspect can lead to physical conflicts between them.

The relationship between individuals who share the Moon Square Mars aspect is not easy to sustain. The Moon partner will likely be the side to suffer more.