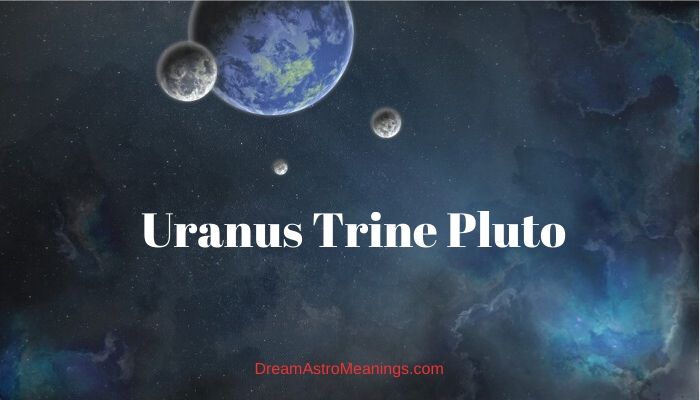 The knowledge of astrology is used for centuries aiming to determine future events and analyze people’s personal traits.

Astrology’s origin dates back in time, in the time of the ancient Babylonians.

There are many other methods of astrology analysis but even these basic ones are sufficient to gain a lot of insight about someone’s personality and the possible destiny they might encounter.

The aspects are very important for astrology analysis because they describe the person’s basic traits and the main events they could experience during their lifetime.

Aspects between planets represent ties between them created when they form certain angles. The aspects can be major and minor.

The main aspects or the major aspects are the most important but sometimes minor aspects do play a great role, especially when they are exact.

The major aspects are conjunction, sextile, square, trine, and the opposition.

The aspects are the most effective when they are exact. The aspects can also be divided into types according to their nature, whether it is beneficial or malefic.

Beneficial or harmonious aspects are considered fortunate because they make the person’s life easier and cause fortunate events to happen. These aspects allow the planets to cooperate and their energy flows freely.

Harmonious aspects allow the planets’ nature to be expressed fully. They create wonderful opportunities for the person to fulfill their desires and achieve their goals.

Malefic or inharmonious aspects are often considered problematic because they block the energy of the planets and create obstacles to the fulfillment of the person’s desires and goals.

Trines are considered beneficial or harmonious aspects created when the planets form angles of 120 degrees.

These aspects are responsible for all the good things in life, fortunate opportunities, good health, love, and wealth. They tend to increase the energy of fortunate planets, and neutralize the bad energy of malefic planets.

Besides using astrology for individual analysis, astrology can also be used to analyze relationship potential and their lasting strength.

The technique used in astrology for this purpose is called synastry.

Synastry determines whether some people are compatible or not, as well as the issues they could likely encounter in their interaction.

It does that by comparing the natal charts of two people and analyzing their relationships astrologers can make a lot of accurate conclusions about their compatibility as well as to predict with great deal of certainty whether the relationship will be lasting or not.

Synastry can also identify potential issues that could arise between them and give advice on how to avoid them or fix them if that is possible. In short, synastry can determine whether their relationship will be satisfying for the partners or filled with disagreements that will jeopardize its stability.

The main idea behind synastry analysis is the fact that people’s natal charts interact as well.

People who are in any kind of contact trigger each other’s planets with their planetary placements. The analysis is usually simple, analyzing the planets’ aspects and their placements in the partner’s natal chart.

Synastry analysis can also go to great depth and discover much more detail about the relationship.

The placements of the planets in the partner’s natal chart show the areas where that partner will be influenced by the relationship.

The nature of the aspects between the planets of two people shows if the relationship will be harmonious or not.

Harmonious aspects between two natal charts guarantee that the relationship will most likely be a fulfilling experience for both partners, and if the aspects are challenging, it is likely to be a source of disappointment and require a lot of effort to maintain.

Challenging aspects show that the nature of the partners is generally incompatible.

Uranus is a very cold planet and considered the coldest of all, with temperatures that lower to -224 °C.

The exterior of this planet is made of cloud layers and the interior of made of rocks and ice. Uranus has rings like Saturn, and 27 moons.

The name derives from the Greek god of the sky, who was the father of Cronus, and the grandfather of Zeus. Uranus is one of the oldest deities in ancient Greece.

Uranus in challenging aspects with other planets is responsible for events such as accidents, chaos, revolutions, catastrophes, violent changes, bankruptcy and money loss, destruction, reformations, and similar events.

This planet is often the initiator of major transformational movements in our society.

People influenced by Uranus often have a tendency to oppose authority and be different than the rest.

They have a strong urge to follow their own path and not obey society norms and usual kind of behavior. They can be eccentric and unpredictable in their reactions.

They are often visionaries who clear the path for the new generations. They are the ones to try new things first even if that means risking their life during the process.

Uranus is a planet of transformation that comes unexpectedly and the person is not prepared to go through it.

It brings changes into our lives as well as new opportunities.  In challenging aspects to personal planets Uranus can cause sudden breakups of relationships.

Uranus is a generational planet and influences generations of people born during its transit through the same sign.

It is important to analyze it as a combination of its sign, house placements, and its aspects with other planets.

Pluto is an astronomical body called a dwarf planet. It was previously considered a planet, but it was later discovered that it doesn’t have all the traits required for a planet. In astrology, this planet kept the same importance as before.

The symbolism of the planet Pluto is often related with subjects like death, rebirth, transformation, regeneration, etc.

Pluto has a destructive and aggressive energy. This planet symbolizes destruction and events that cause destruction. It also symbolizes the process of rotting and waste. Pluto symbolizes our soul.

People with strong Pluto influence usually have a close relationship with their inner being and strong intuition.

This enables them to intuitively know things and in some cases, to read people’s minds. Pluto is known for its ability to unveil secrets.

The natal house where Pluto is placed indicates the area where the person might experience Pluto related issues, usually transformational experiences that might change their lives in some way.

Pluto is the initiator of transformation and change in our lives. If the aspects with Pluto are mostly beneficial, its influence will be dramatic but it will help the person change for the better. In bad aspect, Pluto could have destructive influence.

Pluto rules manipulation, dominance, and controlling others. People influenced by Pluto might possess these traits, or others might behave in such manner towards them.

The lesson this person needs to learn might be to stop behaving in such a way, or stop others treating them in such manner.

Pluto is also a generational planet and influences change and transformation of our society.

Although both Uranus and Pluto are generational planets, when they make a trine between the charts of two people, they usually act in a way that they support each other’s desires and quest for personal freedom, transformation, independence, passion, and other Uranus and Pluto ruled matters.

This aspect creates a lot of energy and enthusiasm related to the changes and transformation they expect to experience, either individually or as a couple.

This aspect might also indicate that the relationship has a role to help the partners or only one of them to go through some kind of transformation to improve their personality.

The trine aspect between Uranus and Pluto in synastry often indicates a transformation they need to go through as a couple or individually, and that transformation might be the reason for the relationship between them.