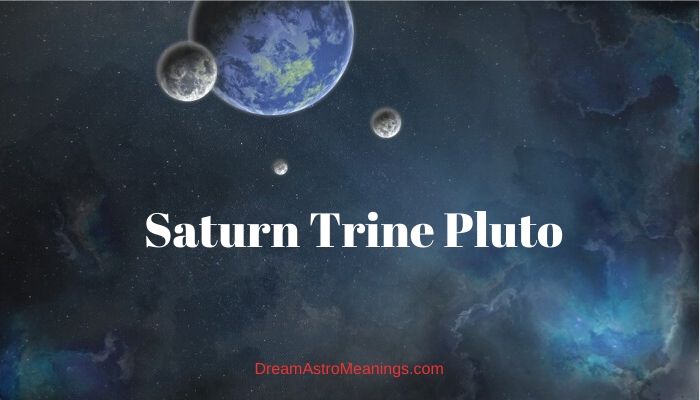 Planets influence our lives more than some people could imagine.

Our ancestors realized that long time ago. They observed this influence on human lives as well as on events in their surroundings and gathered it in a discipline called astrology. This gathering of knowledge lasts for millennia.

Astrology analyses the planetary positions at a certain moment of time to determine the characteristics of someone or something or to determine possible future events. Astrology uses different techniques, but even the simplest and most common ones are enough to give a lot of insight.

The most commonly used analysis is analyzing the aspect of the planers in the natal chart, and determining the meaning of these planets in signs and houses of the chart.

The aspects give a lot of information about the personal traits and possible events the analyzed person might experience.

The major aspects are conjunctions, square, trines, sextile, and oppositions. Aspects can have a beneficial or malefic nature.

Trines are major aspects with beneficial nature, formed when there is an angle of 120 degrees between planets. Their influence is fortunate and they bring opportunities for progress and achievements. They allow the energy of the planets to express freely.

Synastry is technique astrology uses to analyze relationships. It can discover whether a relationship between two people has the potential for being a lasting one or not.

Synastry determines the compatibility between people and possible issues they might have while interacting with one another.

Synastry compares the planetary positions in two natal charts and calculates the aspects between them. The most important as always are the exact aspects, which in a way give the tone of the relationship.

Synastry also analyses the positions of the planets of one person in their partner’s natal chart. These point the areas where they will be influenced by the relationship and their partner.

If the dominant aspects between the planets are challenging, and there are not sufficient harmonious aspects to stabilize the relationship and neutralize the negative effect of the challenging aspects, the relationship will most likely be full of tension and conflicts that might lead to its end eventually.

This shows the lack of basic compatibility and understanding between the partners.

If the dominant aspects between the planets are harmonious, they will be able to neutralize the effects of negative aspects.

This relationship is stable and lasting and it shows that the partners are compatible.

They are prepared to put in the necessary efforts to sustain their relationship and fight for it. They are willing to make compromises and accept each other’s differences, which is a prerequisite for stability and longevity of any partnership.

The planet Saturn is large; in fact, it is the second largest following Jupiter. Its ring system is composed of rocks, rocky debris, and ice particles. Saturn has at least 82 moons and Titan is its largest moon. Saturn’s composition is hydrogen and helium, and it doesn’t have solid surface.

It takes 29.5 years to circle the Sun. when it returns to its natal position which is called “Saturn’s return” that indicates a period of retrospection and evaluation of the things we have achieved so far.

In the natal chart, Saturn’s placement describes how the person deals with their responsibilities, and the areas where they might experience some obstacles and need more patience to wait for things to work out.

Saturn requires endurance and patience, as well as determination.

Transits and progressions triggering Saturn often indicate periods when major lessons are learned, usually through events that require the person to be patient, enduring, and determined. Sometimes this marks a time of heightened responsibility.

The planet Pluto is since recent times a planet only in astrological terms. In astronomy, Pluto lost this status, and is now a dwarf planet.

The reason was lack of traits that are required for an astronomical body to be considered a planet.

Pluto is the Roman god of underworld, and in astrology, its symbolism is similar. It rules death and all process related to dying, rotting, and waste. It also symbolizes regeneration, rebirth, and transformation.

People under Pluto’s influence can be destructive and violent. They also have strong intuition and they are able to intuitively feel other people’s intentions and feelings.

They have a gift for unveiling secrets. They are also interested in everything secretive and mysterious. Pluto’s energy is powerful and introduces major changes into people’s lives.

The natal chart house where Pluto is placed, points to the areas where the person might experience events of Pluto nature. If Pluto is well-placed in the natal chart, its events will be surprising and dramatic but will bring positive changes in the person’s life.

On the contrary, if Pluto has challenging aspects, this could indicate dramatic events of destructive nature that cause devastation in the person’s life.

Of course, this doesn’t always have to be the case, and the whole natal chart needs to be taken into consideration when doing an astrological analysis.

Pluto rules matters like domination and control. Pluto people can be dominant and controlling. They can sometimes be subject to control and domination of other people.

Both Saturn and Pluto are powerful planets. The first rules the material world and matters that can be seen and touched, and the second is the ruler of the underworld and the invisible.

When someone’s Saturn makes the trine aspect with another person’s Pluto that indicates a strong supportive connection between them.

These two sincerely respect one another and each other’s strength. They value each other’s opinion as well and are happy to apply it to their lives.

Pluto’s influence on relationship is powerful even though it might not seem that way. Saturn and Pluto have many similar traits. They are both honest and straightforward.

They are also strict and have a powerful self-control. They also love power. They both have great strength and admire each other for that.

These two have the ability to endure many hardships. With this aspect they can achieve many things together and finish long-term projects that will benefit them both. This refers to romantic partnerships as well as business or friendship relations.

If Saturn and/or Pluto have challenging aspects in these individual’s natal charts, they might feel the urge to fight for supremacy because they both love to be in control and in the leader position.

However, the trine aspect between Saturn and Pluto will soon make them realize of the futility of such activities. They are both very smart and are aware that their powers are doubled when they cooperate instead of fighting for the position of boss.

In some cases where these planets are heavily afflicted, the situation might unveil differently. Saturn might try to impose its control over the relationship and try to dominate over Pluto.

Pluto usually doesn’t react to such attempts but will silently refuse Saturn’s guidance, which might get Saturn angry. It might seem strange, but between these two, Pluto is the one with more power, and he is likely to be the winner of this power struggle between them.

Pluto also has the need to dominate others and control their actions, which is why anyone’s attempt to do the same to him might annoy him and light his defense mechanisms.

It is important for these two to learn how to control their urges and powerful personalities because it is in their best interests.

They should use their abilities to help each other grow and develop their qualities. They could be the best supportive power for one another and could learn a lot from this relationship and mutual interaction.

Pluto teaches Saturn to become more relaxed and not have such a rigid attitude. He also helps Saturn awaken his passion and start fulfilling his desires instead of repressing them. They could create a stable union that will endure the test of time.

When these two understand the value this relationship has for the both they will put in their efforts to maintain it.

This relationship has a transformative effect on the partners, especially the Saturn person. He might recognize in his Pluto partner some qualities they want to possess or he already has but is afraid or embarrassed to express.

This relationship could be a liberating experience for the Saturn person and even if he doesn’t admit that in person, he will be grateful to Pluto for helping him find liberation from his restrictions.

Pluto has the ability to notice any weak spot in someone’s personality and could sometimes use it against that person or for some personal gain. In this relationship, he will clearly see all of Saturn’s weaknesses that he has been hiding possibly his entire life.

In most cases, Pluto will have a desire to help Saturn deal with this issue and will provoke him to finally confront them.

The Saturn person will never be the same after the relationship with the Pluto person.

Pluto, on the other hand, will enjoy being able to use his abilities to help his partner get rid of his issues.

The trine aspect between someone’s Saturn and other person’s Pluto is a transformative experience for them both, especially the Saturn person.

This is a partnership of cooperation and mutual help and support. They will help one another go after their dreams, and improve their personalities using the other as their example.

Pluto’s intuition will help him clearly see the issues Saturn is dealing with and help him to confront these issues. He will also help Saturn embrace some parts of his personality he is afraid or embarrassed to accept and express.

Saturn will admire the ease Pluto reads his inner being, despite his attempts to hide their content. He will also be grateful to Pluto for liberating them and helping them relax. Saturn will also embrace the passionate side of his personality and stop being as rigid as before.

Pluto will enjoy helping his Saturn partner in this process of clearing and improvement. On the other side, the Saturn person will help Pluto embrace traits such as responsibility and organization.

These two could really benefit from this partnership, providing they are able to suppress their urges for domination and control.

That could easily happen if Saturn and Pluto receive challenging aspects in the natal charts. If that happens, the winner will likely be Pluto.

Fortunately they will both be able to realize the importance of self-control and the benefits they both have from their relationship, and they will put in their efforts to maintain it.