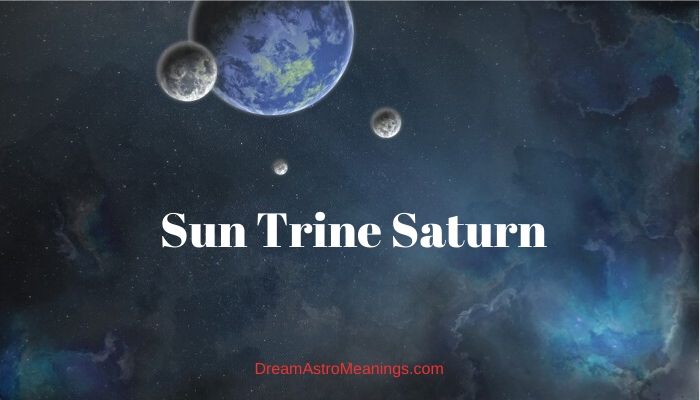 Most people know something about astrology, at least their Zodiac sign. It is a fun way to start a conversation and “learn” something about the person you are talking to.

Even though many consider this impossible, we can learn a lot about a person just by knowing their Zodiac sign or better, seeing their natal chart.

We’ve all had experiences when we realized how much traits we share with people who are born in the same Zodiac sign as ours; we also observed other people and noticed similarities between people born in the same Zodiac sign; this is just a bit of what astrology can do, but unfortunately, even after so many centuries of practice and gathered proof of its accuracy, it still hasn’t gotten science status.

Astrology is an old discipline; it is a study of the influence of stars on human life and the world in general. Written evidence dates it back to the ancient Babylonians.

Since ancient times, people have noticed how important the Sun, Moon and other planets are for our lives and life on earth. They gathered their knowledge and experience about the stars and their influence in a study they called astrology.

Astrology uses different techniques for its analysis. The basic analysis consists of analyzing the planets in signs, in the houses of natal charts, and analyzing the aspects between planets.

The positions of personal planets the Sun, Moon, Mars, Venus, and Mercury, in different signs of the Zodiac and their meanings give a lot of insight about personal traits and preferences of a person.

The positions of planets in the natal chart houses show where the person’s focus will be and where most activities in their life will unfold. The aspects between planets are equally significant. They show personal traits and events that are likely to take place in the person’s life.

The aspects are angles between planets with a certain meaning. The meaning should always be analyzed by taking into account the nature of the planet forming the aspect. The events in a person’s life usually happen when these aspects get triggered by progressions and transits. Aspects can be favorable and inauspicious.

Favorable aspects have beneficial impact. They create opportunities for success and achievement of goals. They help the person accomplish their plans with minimum effort. They enable the planets demonstrate their best nature.

Inauspicious aspects have opposite nature. They create blocks and obstacles, and sometimes prevent the person from accomplishing their plans and desires.

Sometimes these challenging aspects create conflicts and cause violence and destruction. We repeat, the meaning of the aspect depends on the nature of the planets involved.

Aspects can also be major and minor. Major aspects are the most significant for every analysis.

The major aspects are trines, sextiles, oppositions, conjunction, and square. Minor aspects are often used as well, but their significance depends on the exactness of the aspect. The most impact have exact aspects.

Trines are favorable major aspects. They are formed when the angle between two planets is 120 degrees. Trines are considered the luckiest of aspects by most astrologers. They create opportunities and promote success.

Not only that astrology analyses individual charts, it can also be used for comparing natal charts and analyzing relationships between people.

The base of this concept is the idea that people who interact with each other also bring their planets in this interaction. Their planets also come into contact and reveal the nature of their relationship.

Astrology has a technique which analyses relationship potential; it is called synastry.

The comparison of two charts consists of determining the placements of the planets from one chart into the other, and calculating the aspects between the planets in two natal charts.

The positions of one partner’s planets in the natal chart of the other person are important because they show how this person influences the owner of the birth chart.

The aspects between their planets reveal their compatibility and the prospects of their relationship being a lasting one.

Astrology analysis can discover possible issues the partners might encounter and give advice on how to overcome them or prevent them, if possible.

If the aspects between two natal charts are mainly favorable, this is a good sign, because it indicates that their natures are compatible and they have sincere interest to be in the relationship.

Harmonious aspects show that the partners share similar interests and have a desire to maintain their relationship.

They want to put efforts into maintaining the relationship and are willing to compromise with their partners. They are tolerant to their partner’s differences and want to adapt.

They don’t allow problems to arise and try to solve their issues when they arise. Such aspects are usually a sign of a lasting relationship.

When the analysis shows majority of challenging aspects between two natal charts, this is often a sign of incompatible characters between the partners. This will often be the cause of conflicts and disagreements between them.

These aspects usually show intolerance towards each other’s differences and lack of will and effort to resolve the issues they have. Usually the problems keep piling up until one or both partners decide to end the relationship.

If there aren’t some harmonious aspects to neutralize the effects of such aspects, it is not likely that this relationship can last.

These are often toxic relationships where the partners drain each other’s energy, and sometimes the resentment and discontent can turn into anger and violence.

In cases where the analysis shows lack of significant aspects between the two charts, this is usually an indication of lack of interest on both sides.

The Sun is the most important star in the Universe. The Sun is responsible for all life on earth. Without it, life wouldn’t be possible. It is mainly made of hydrogen and helium. The general belief is that it was formed around 4.6 billion years ago.

A long time ago, our ancestors noticed how important the Sun was and begun worshiping it as a deity. Many ancient cultures worshiped the Sun as their main deity.

It rules men as well as the men in our life. It symbolizes selfishness, ego, vanity, selfishness, self-centeredness, etc.

People who are strongly influenced by the Sun possess strong Sun traits. Whether they will be good or bad, it depends whether the Sun is afflicted or not in their natal chart.

People with negative aspects of Sun often have superiority complex and believe they are better than others. They can often be perceived as irritating because their need to brag and put themselves first in all situations.

A well-placed Sun in the natal chart causes the person to be determined and strong-willed.

These people are usually generous and love helping others. They are usually successful and wealthy because the Sun is also the ruler of abundance and wealth.

All Sun people love luxury and are willing to do what it takes to obtain it. They usually manage to climb up the scale of success. They are very determined to become successful.

They are also excellent leaders and end up as managers. They are aware of what they want and they go after it.

Sun gives people creativity and open mindedness. In cases the Sun is afflicted the person might be reckless with their spending and jeopardizes their financial safety.

Sun people can be prone to show off with their belongings and in that way become easy prey for deceivers. In most cases Sun people have a strong ego and can be very arrogant.

The place where our Sun is in the natal chart reveals where our focus is. The Sun sign shows our personal traits and motivations. Sun is the ruler of Leo and exalted in Aries.

Saturn was the agriculture god in the ancient Roman pantheon. The planet Saturn which carries its name is also the ruler of agriculture and all matters related to soil and earth.

It is a big planet and only Jupiter is bigger. It is known for its rings and 82 moons. It doesn’t have a solid surface and its composition is mainly hydrogen and helium.

In the natal chart, Saturn reveals the areas where we might need to undertake some responsibility and it also reveals how responsible we are.

It also reveals the areas where we can possibly confront some difficulties and obstacles that will require effort and patience to overcome. Saturn teaches us major life lessons.

They often appear through events of Saturn nature during major transits and progressions triggering natal Saturn.

The trine between Sun and Saturn in synastry is an excellent aspect for long-term relationships and marriage and is often found in these types of unions.

There is loyalty and respect between these two people who admire each other’s strength and confidence.

This contact is what is required to establish a lasting union which requires compromise, patience and cooperation. This relationship possesses all these traits.

The partners are willing to make the necessary efforts to create a stable and lasting union that will fulfill their needs.

Because Saturn is the ruler of sacrifice, there might be a need for one of the partner’s to sacrifice something for the sake of the union, but with the trine, this won’t be considered a burden but a pleasure for doing something for the relationship.

This relationship might also require some kind of responsibility undertaken by one or both partners.

They are both supportive of each other and enjoy each other’s success. This union is a calming one. It is based on mutual respect and appreciation for the other side. They will both feel secure and protected in this relationship.

This is an excellent contact for a business partnership because they are willing to cooperate and make compromises for a bigger cause.

This aspect ensures longevity and stability without any issues that cannot be resolved. They don’t allow issues to arise and if they do they make sure they deal with them before they become their problem.

These two can rely on each other and they both feel that. They are both dedicated to their common goal which is, to maintain their relationship stable and lasting.

They won’t have any problems going through difficulties because they know that the other watches their back.

The trine between Sun and Saturn in synastry is an excellent aspect for any kind of partnership, romantic or business one.

There is mutual respect and appreciation between these two people who are willing to cooperate and find mutually beneficial solutions for any situation.

It is an aspect that supports the longevity of every relationship and is often found between the birth charts of married couples.