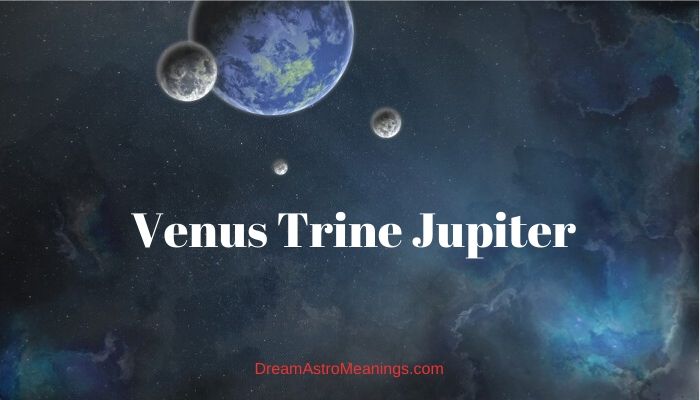 Astrology is the study of the stars and planets and their influence which uses many techniques for such analysis. It has been developed over millennia and its origins date back to ancient Babylon.

Astrology analysis begins with creating a natal chart, which is the chart of the placements of planets in a chosen moment of time. After making the natal chart, the astrologer analyses the meanings of these planets in signs of the Zodiac (especially personal planets: Sun, Moon, Mercury, Mars, and Venus).

The astrologer also analyses the placement of these planets in the houses of the chart, as well as the aspects these planets are making between them. These analyses can give a lot of information about the person’s character traits, their beliefs, interests, and the possible life path they will choose.

The aspects between planets give personal traits as well a picture of possible events that the person might experience during their lifetime. The aspects are significant tool for analyzing someone’s personality and potential.

They form when the planets find themselves at certain distances from one another. They can have auspicious and inauspicious nature in general, but the final prediction should be give after analyzing the nature of the planets forming the aspect.

Auspicious aspects are a blessing because they create opportunities and enable the person progress without much stress and effort.

They clear the path before the person enabling them to achieve their goals. They allow the planets to cooperate and show the best in their nature.

Inauspicious aspects usually block the energy of the planets creating the aspect creating obstacles and in some cases preventing the person from getting what they desire. The obstacles and delays they create require patience and determination to overcome.

The aspects can also be major or main and minor. The major aspects are most important in any astrology analysis. These aspects are conjunction, sextile, trines, oppositions and squares.

Trines are major aspects wit auspicious nature. They are considered the luckiest by many astrologers. They form when the planets are 120 degrees apart. Trines enable the planets to cooperate and create fortunate opportunities for success.

Astrology also has a technique to analyze relationships between people and their potential. This technique is called synastry.

Synastry analysis determines the positions of planets from one chart into the other to see how the person will influence the owner of the natal chart. It also calculates the aspects between their planets to see how compatible these two are.

The aspects between the partners’ planets reveal the nature of their relationship. If they are mostly auspicious, this is a sign of compatibility of characters and indication that the relationship will most likely be a satisfying experience for both of them.

The partners are interested in maintaining the relationship and keeping it stable so they don’t have a problem making compromises and tolerating their partner’s differences. This is usually a lasting relationship.

When the aspects are predominately inauspicious, this is usually a sign of incompatible characters between the partners. They don’t have tolerance for each other’s differences which usually creates conflicts and disagreements.

These two need to put in a lot of effort to overcome their challenges but they usually don’t have the will to do so. This is why the problems usually pile up until they cause the relationship to end.

In some cases, synastry analysis reveals lack of significant aspects between the natal charts of two people which is usually a sign of lack of compatibility and interest between the people.

Venus was the goddess of romantic love and beauty for the ancient Romans.

The planet Venus carries the name of this goddess and also rules love and romance. This planet is close to the Sun and is very bright so it can clearly be seen on the night sky.

Because of this brightness, since ancient times Venus was referred to as “morning star” or “evening star”.

This planet is the ruler of companionship, relationships, wealth, money, material possessions, jewelry, beauty, beauty items, pleasures, art, hedonism, luxury and similar matters. It rules Libra and Taurus and has maximum power when in these signs.

People influenced by Venus are often talented for different kinds of art and very creative. They love beauty in different forms, and love to be surrounded by beauty. In most cases they are physically beautiful and good looking.

Venus gives them a talent for decorating and they do a great job in beautifying themselves and their space.

Venus people are very sociable and don’t like being alone. They can easily make compromises and spend time in the company of people they don’t like very much just to avoid being on their own. Not all Venus people are like this but many are.

They also cannot remain single for a long time, because they naturally incline towards partnerships and union with someone.

Venus people often choose professions where they can express their creative potential and create beauty. Many of them are artists.

They also love to dress well and follow the latest fashion trends. Many people admire their style. Venus people often pay a lot of attention to their physical appearance and that is a very important activity in their lives.

The house and sign where Venus is placed in the natal chart reveals the perception of beauty for that person.

When Venus has challenging aspects in the natal chart, this could make the person prone to procrastination, lazy, irresponsible, prone to spending beyond their means, self-indulgent, vain, manipulative, selfish, prone to bragging, etc.

They might also be prone to all kinds of pleasures. They can only be focused on themselves and their needs.

When Venus makes auspicious aspects in the natal chart, this usually makes the person kind and very considerate. This person is well-mannered, sweet and kind, they want to help everyone and make sure they don’t offend anyone or hurt their feelings in another way.

Jupiter was the sky god in the ancient Roman pantheon. He was also the king among gods.

The planet Jupiter carries its name. It is the biggest planet in our Solar system. Its composition is mostly hydrogen and doesn’t have solid ground.

Since ancient times this planet was considered the luckiest. Today, Jupiter is still considered the great benefic. It brings the person wealth, abundance, progress, success, opportunities, and good luck.

When well-placed in the natal chart Jupiter makes the person blessed with good fortune and favorable opportunities.

These people don’t have a problem getting what they want without much effort and they are usually financially secured. Opportunities come to them and they don’t need to bother about anything.

Jupiter is the ruler of Sagittarius and in this sign it has the most power. Capricorn is the sign of its fall and this sign diminishes its beneficial influence.

Jupiter’s nature is lucky and it usually doesn’t bring catastrophic events into people’s lives, even when afflicted. It can, of course cause some bad things, especially regarding the person’s finances.

In challenging aspects it can cause money trouble and sometimes bankruptcy.

People with challenging aspects of Jupiter are often prone to spending more than they should. They could be prone to taking financial risks and gambling, and jeopardize their finances. A well-placed Jupiter can bring wealth into the person’s life.

People who are wealthy and successful usually have a well-placed Jupiter.

Venus trine Jupiter in synastry is an aspect that is often found between the natal charts of married couples and people in long-term relationships. It promotes love and happiness in the relationship.

These two planets rule pleasures and enjoying life. The couple connected with this aspect will know how to enjoy in their mutual activities.

These two will enjoy trips together to far away countries. Because they both love nice things in life and comfort, they will try to make the other happy by buying expensive gifts and beauty items.

Jupiter will likely be the side who will give more, but Venus will also be inspired to shower her partner with gifts.

These two share many interests and have similar taste in things. They enjoy each other’s company and have a similar sense of humor. Pleasure is the main subject of their relationship.

This is one of the best aspects to have between two natal charts; because it helps the partners overcome any issues that arise in their relationship.

They sincerely love one another and are best friends. They might have a feeling that there’s nothing they cannot do together.

They bring out the best in each other and their only desire is to make the other partner happy. They are tolerant and accept their partner’s differences. They even try to adapt to their differences and accept them as their own.

The trine between their Venus and Jupiter is a great aspect, which supports creating abundance together.

If they also form business partnerships or do some endeavors together it is certain that they will be successful and get a substantial financial reward for that.

There is also a strong emotional and physical attraction between them. Venus admires Jupiter and his independence and strength and Jupiter is mesmerized by her beauty and style.

This aspect inspires generosity on both sides, and they will enjoy giving to their partner in any form, whether giving emotions, money, gifts, time, etc.

They feel that their partner is making them a better person and are thrilled in each other’s company and doing things together.

Because the trine brings too much good things, these two might be prone to overindulge in pleasures and good things in life, which is why self-control is necessary.

Jupiter will support Venus in her creative endeavors and even help her because he also can be very creative. They often join forces and create beauty and art together.

Your optimism and happiness is contagious and people enjoy being in your presence. You are both very sociable and enjoy going out and hanging around people as well as meeting new acquaintances.

The trine aspect between one person’s Venus and another person’s Jupiter is an excellent aspect to support the longevity and stability of a relationship.

These two have sincere feelings for each other and enjoy each other’s presence and doing things together.

This is an excellent aspect for a long-term partnership and is often found in such unions.