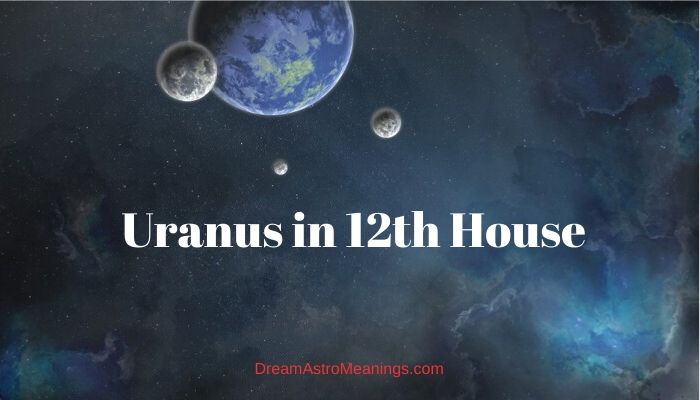 Astrology is a valuable tool we can use to discover information about people and their personal traits and destinies as well as find answers to other questions.

Astrology is mostly used for analyzing individual charts and determining facts about individuals, but it can also be used for many other purposes; it can give predictions about the outcome of various situations and even analyze relationship potential and predict the longevity and nature of relationships between people.

Individual charts can give insight about someone’s beliefs, personal traits, behavior, appearance, interests, and the events they are likely to experience in life.

Astrology analysis begins with making a natal chart where the exact planetary positions in a certain moment of time will be placed in.

The natal chart can give all the information that we can possibly need. Nowadays it is easy to make a natal chart because there are so many astrological computer programs; in the past, the calculation of the planetary positions and drawing the natal chart required time and knowledge.

Now everyone can have their natal chart in seconds, but analyzing it still requires experience and a lot of knowledge.

The astrologer mostly analyzes the positions of planets in the houses of the natal chart and the signs of the Zodiac. The aspects between the planets are analyzed as well.

Out of the 12 houses of the natal chart, the most significant ones are those where the planets are placed.

They show where there will be the most activities and where the attention is likely to be focused. The planets and their energy influence the areas ruled by the house where they are placed.

The houses are divided into different groups. The most important is the division on angular, succedent and cadent houses. This division is the same as the division by element: angular – cardinal, succedent – fixed, cadent – mutable. The houses can also be divided on personal (1, 2, 3, 4, 5, 6) and interpersonal (7, 8, 9, 10, 11, 12).

Uranus is a planet discovered in 1781. This is the coldest planet in our Solar system and its temperatures lower to -224°C. On the outside, this planet is covered with layers of clouds, and its inside is made of rocks and ice.

This planet has a ring system and 27 moons. The name Uranus is the name of an ancient deity in Greece.

This deity was the god of the sky, grandfather of Zeus and father of Cronus. This was one of the oldest ancient deities.

In astrology, the planet Uranus is the ruler of unexpected and unpredictable events, which have transformative effects and often disastrous consequences. This planet rules transformations and changes which happen in life and cannot be controlled.

In challenging aspects to other planets, Uranus can be the cause of disastrous accidents, money loss, catastrophes of different kind, violence, violent and abrupt changes, revolutions, revolutionaries, bankruptcy, destruction, reformations, etc.

Uranus’s effects are powerful and everyone feels them, but those influenced by this planet feel its influence strongly. Uranus people usually have a rebellious nature and don’t like authorities.

They often oppose social norms and are considered different and strange by many people from their surroundings. The main reason for their eccentric behavior is their innate desire to be different and not resemble anyone else.

These people want to be unique no matter what, but they are usually authentically unique and don’t have effort much to make themselves stand out of the crowd.

They often have unusual personal style; they have eccentric taste in clothing and unusual hairstyles. They often express their uniqueness through their hair. They can be bald if they are women, and often dye their hair in unusual colors.

Many of these people are genuinely creative and able to express their creativity in unusual ways. Their creativity and behavior in general can be shocking to many people who often find them awkward and weird.

Uranus people are very independent and they want to be able to choose the path they will follow in life without being pressured and influenced by anyone. These people don’t want to be pressured in general.

They don’t have a problem leaving a situation if they don’t like it or consider it bothersome. They need a lot of self-control and tolerance if they want to maintain the relationships in their life.

These people might be prone to shocking people with their actions because they want to see how they will react. They usually don’t care what others think about them as long as they are satisfied with what they are doing. Uranus people love changes and love making them.

They are often pioneers in trying new things first and they often make inventions that benefit a lot of people. They don’t mind taking risks just to experience the excitement of doing something no one has experienced before.

Uranus people don’t like routine activities, which is why they prefer doing some creative job. Because they don’t like authorities as well, they prefer being their own boss.

Events that are caused by Uranus influence are usually very unpredictable and people don’t have the time to prepare for them.

Uranus events tend to happen in the person’s life when transiting or progressed planets trigger natal Uranus or aspects with Uranus. They are often events whose purpose is to clear the path for new things to come.

Sometimes, these events are destructive in nature and bring devastation and disaster in the person’s life. Uranus is the ruler of breakups and divorce and often causes endings of relationships, often unexpected.

This planet is generational and its influence causes major social transformations.

Usually people with strong psychic powers and intuition have a lot of planets in the twelfth house.

This house rules unconscious states and can reveal our subconscious content. Someone with a lot of planets inside the 12th house is often prone to phobias and fears which often have an unexplainable reason.

In some cases these people choose professions that are somehow hidden from the eye of the public, or they work undercover. They might be working in some secret organizations, isolated intuitions, and similar places.

The 12th house, its ruler and the planets inside can show our subconscious reactions and needs. This house can reveal the subconscious issues this person needs to deal with because they are blocking them even if they are not aware of them.

This house shows the person’s weak spots and by revealing them the person might start working on getting rid of them or controlling them. Again, these weaknesses are likely something the person is not aware of.

The twelfth house is the house of karmic issues and past lives. It can reveal our past life deeds that lead us to this incarnations and the issues that arise from past life events.

Sometimes the 12th house shows that the person might spend some time in isolation, either in self-isolation or due to some circumstances.

The person might have a closed-off personality and prefer spending their time at home, etc. but this can also be an indication of being in hospital for a long time because of some chronic illness, or they might spend some time in jail because of some criminal activities they might perform.

The twelfth house is also considered the house of distant places and might show whether the person might end up living far from their place of birth or at least travel there often.

Uranus in twelfth house can make a person who is very intuitive and a visionary. These people might be clairvoyant or have some other psychic abilities which enable them to see what is going to happen in the future.

The person might not be aware of their abilities and the realization about them might appear suddenly and without preparation, often through some unusual set of circumstances and events.

People with Uranus in 12th house are often loners, or at least they need a lot of time in solitude. They can be very secretive and interested in secret knowledge and mysticism.

These people might be prone to hiding their feelings from the ones they love. They often do it because they don’t want anyone controlling them because they know how they feel.

Because the 12th house is the house of addictions, people with Uranus in twelfth house might be prone to addictive behaviors, especially in the areas ruled by Uranus and the sign where it is placed.

These people might also be adventurous and travel to far-away countries where they might experience some unexpected events and if Uranus is afflicted, they can experience accidents in a distant country.

They have a very active psyche and mind, and this could cause them to mentally burn, which in turn can cause some psychic disorders and anxiety.

These people might have a humanitarian nature and be sincerely concerned for the wellbeing of others, which can make them become part of organizations and institutions that help people.

When they help other people they do it selflessly, and usually don’t want anyone to know about their actions.

The placement of Uranus in 12th house might be responsible for scandals and revealed secrets of the person that might ruin their reputation and change their life for good.

When one person’s Uranus is in the twelfth house of another person, this could be a sign of a strong psychical connection between them. The Uranus partner will support the 12th house person in the development of their intuition and psychic abilities.

They can also help the 12th house person to release some negative habits and thought patterns that are hurting them.

The Uranus partner might help the 12th house person become aware of these habits and thoughts because they might be unconscious.

Uranus in twelfth house in an individual chart usually creates a person who is strong-willed and independent.

These people often have strong psychic powers and intuition and are capable to see into the future.

Sometimes they might be overly nervous and prone to nervous disorders. In some cases, Uranus in twelfth house might be an indication of accidents the person might experience somewhere abroad.